The power that will be bestowed on the Ultimate Veto Power Holder is still a mystery, but the winner is rumoured to have power and privilege different from the usual.

As always, the Veto Power is a Game of Chance or luck as some would call it. Rarely has skills ever played a part in the outcome of the game and this time, it is the same. In the centre of the Arena was a Red Box and locked inside the box is a picture of an object.

The challenge was to pick an exact duplicate of the picture in the locked Red Box from pictures presented to them. 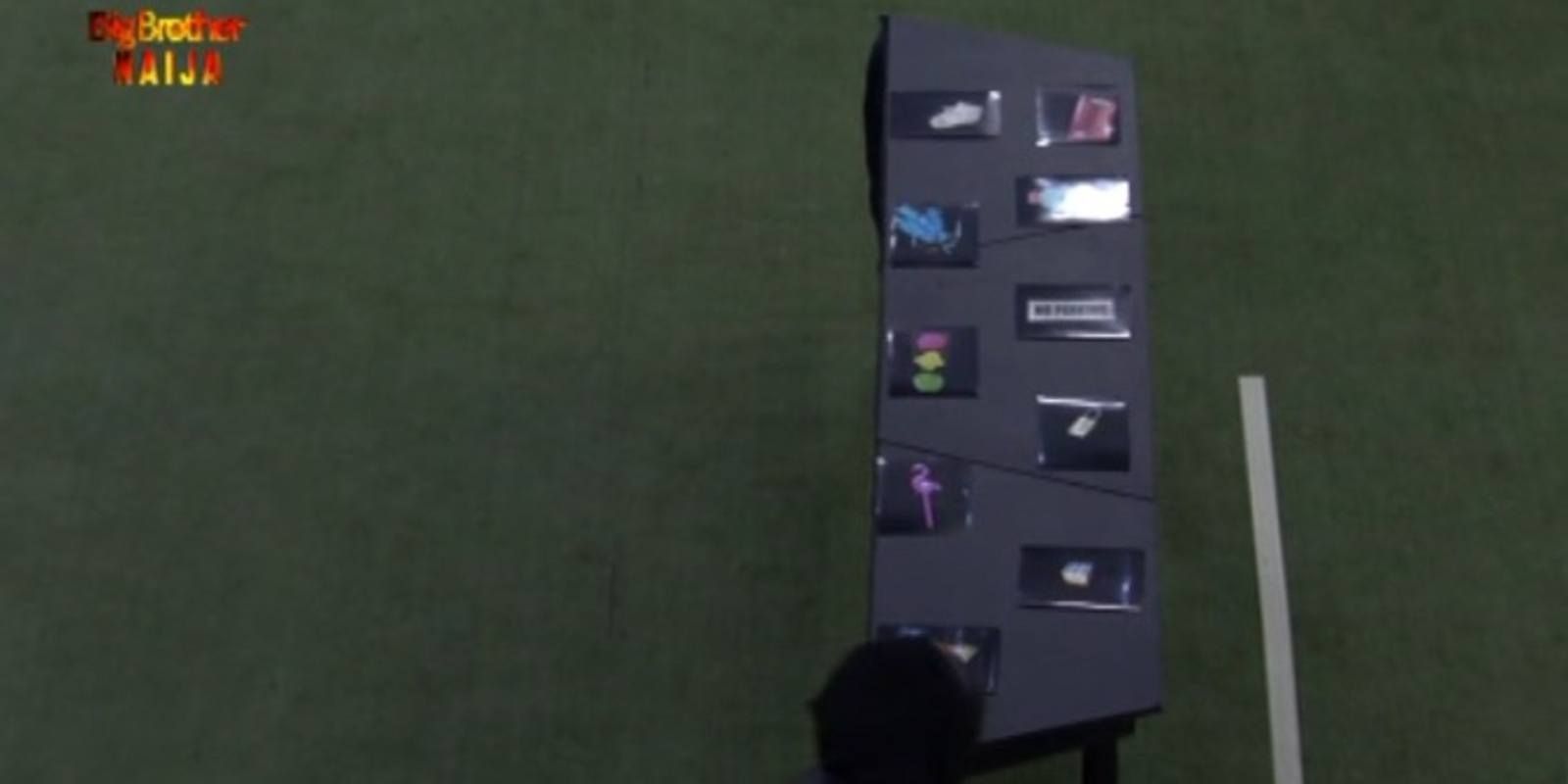 Each Housemate stepped up to the plate and selected their pictures, right after picking numbers to decide the order in which they should go. The Housemates did show a bit of hesitation while picking pictures but there's a long way to go. Today was definitely not the day to be scared. 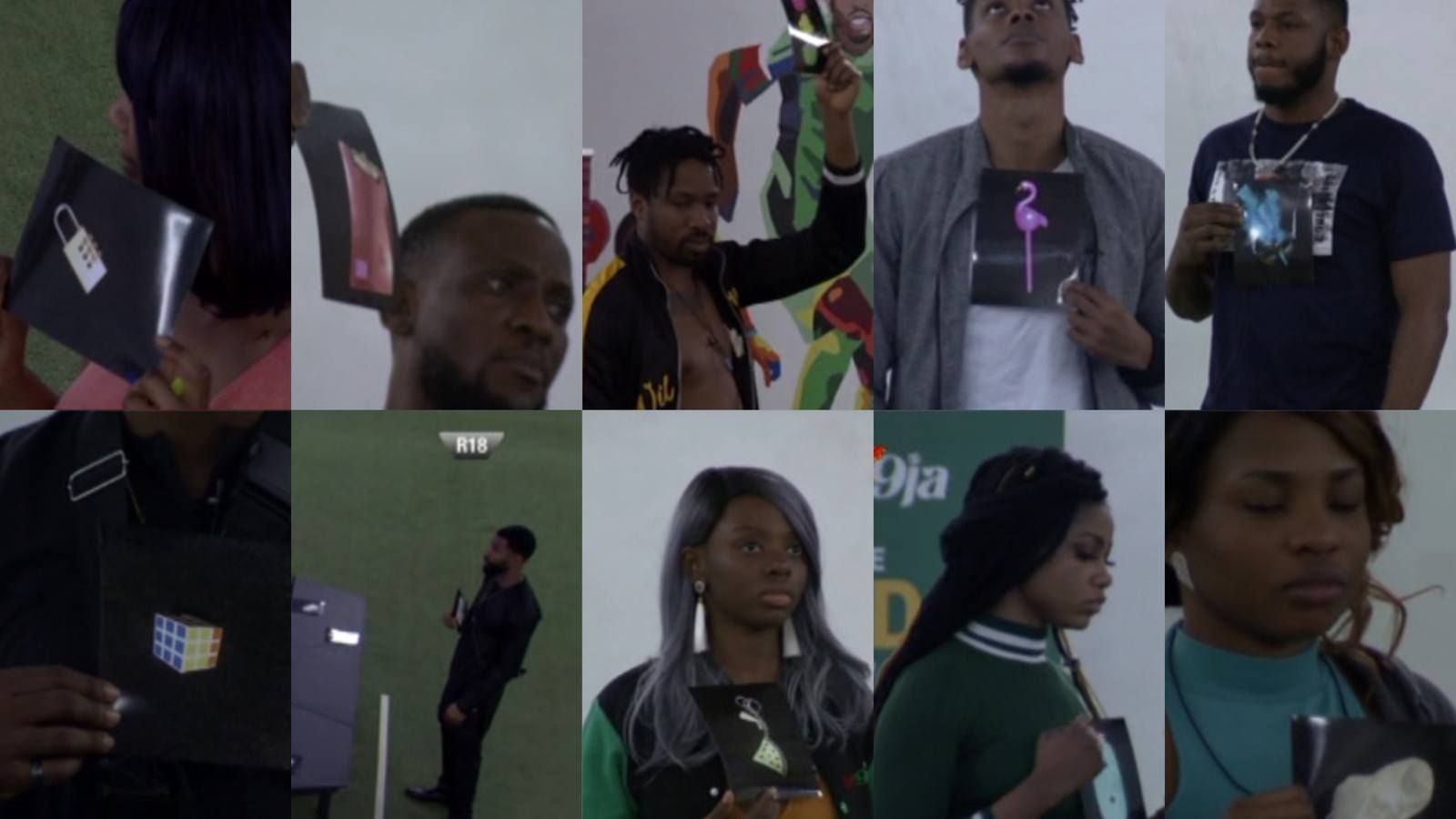 Trust the Housemates to flout rules as usual. Making their way into the Arena for the Head of House Challenge, it soon dawned on them that they forgot to bring to Red Box which earned them a rebuke from Biggie.

Another issue they dealt with was working out a schedule of who to keep watch over the Red Box and ensure its safety. Not only were they worried about keeping the box secured, but there was also an air of suspicion and distrust. Cindy was the first to voice it when she immediately warned Ike to keep away from the box. Let's not forget that the Red Box contains the original picture Housemates are hoping to find the duplicate. 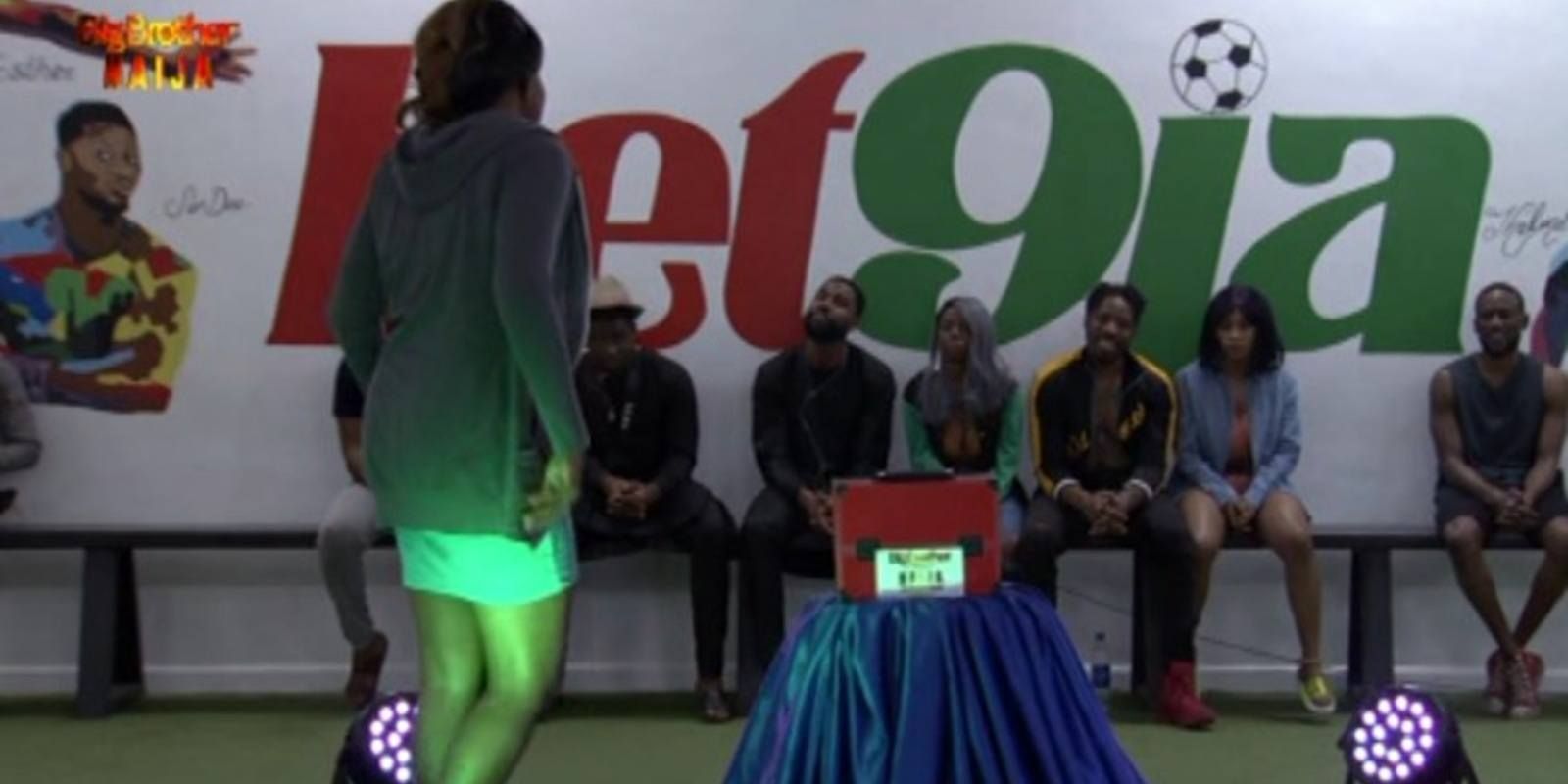 Shortly after making their fake Nominations, the Housemates were each called to take a pick of the pictures for today. But before they did, each randomly picked a number to determine the order in which they would pick the pictures carefully laid out on the table. One by one they all made their picks with the hope that they each would be the lucky one who picked the exact duplicate of the picture in the Red Box.

While some picked for special reasons or lucky numbers, others just picked pictures pleasing to their sight. 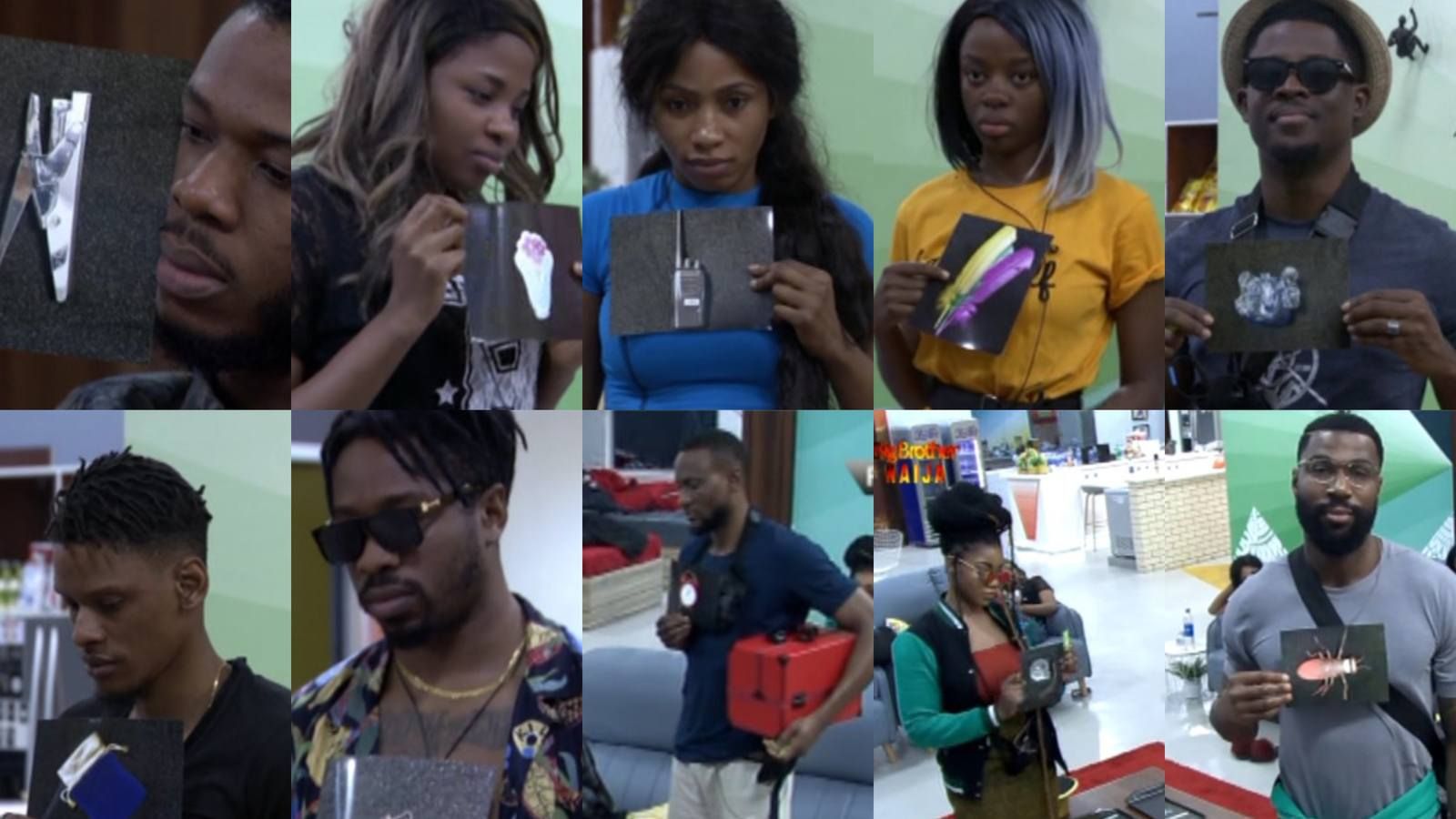 Moments after they completed their Bedmate challenge, the Pepper Dem Gang were called to the lounge to make their selections. In the same process as yesterday, they picked a number card from the magic hat before proceeding to select an image. Starting from Mike who took his time to Elozonam, the Housemates opted for images of their choice. 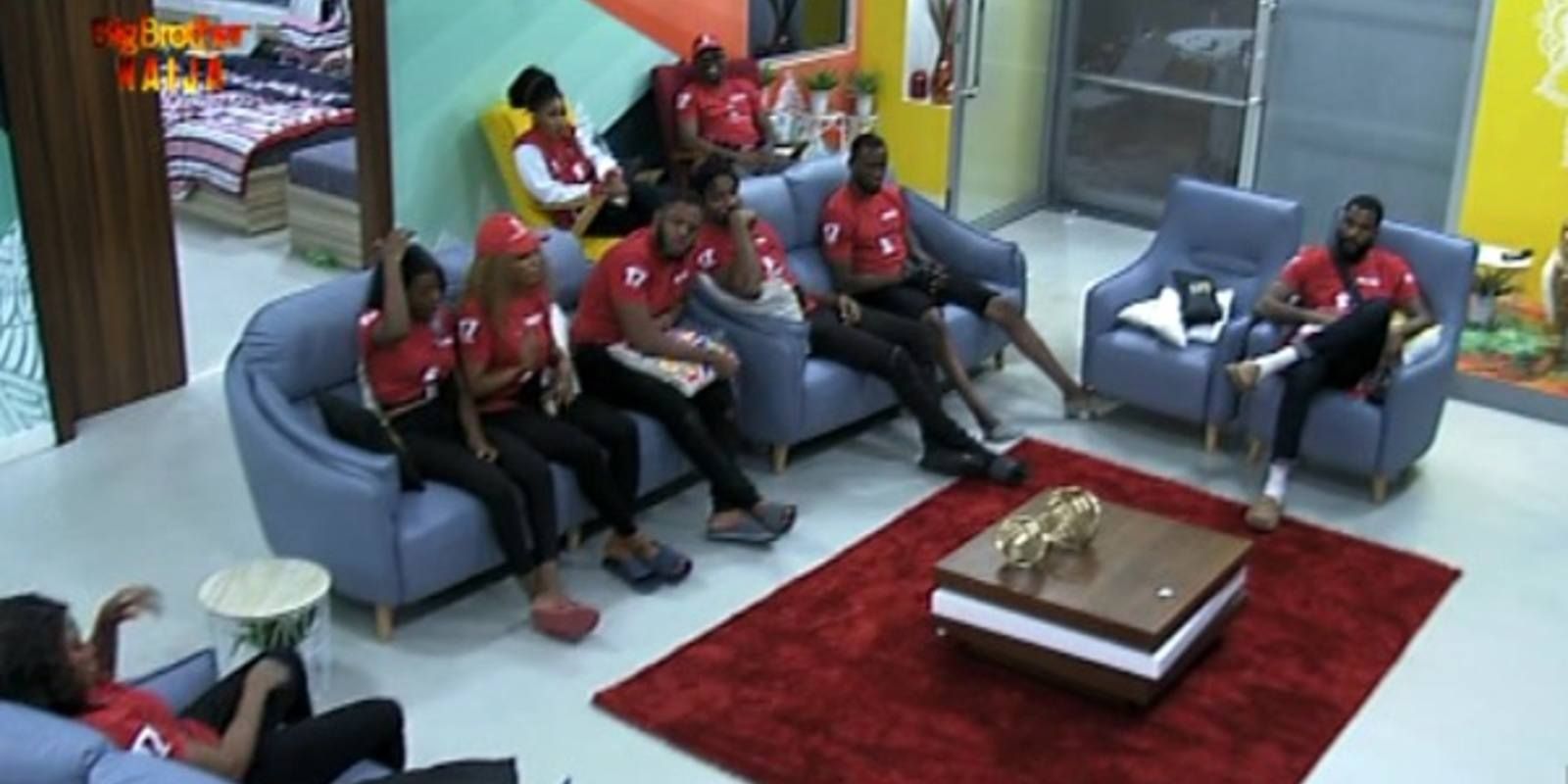 This is just the third picture out of the six each Housemate is expected to pick by the end of the week. Fingers are crossed as we speculate what picture the Red Box contains and which Housemate will pick the exact duplicate.

The Pepper Dem Gang were in the Garden having gist when Biggie called them into the Lounge. No sooner had they settled down than the doorbell rang and the Ninjas entered bearing black bags. Each Housemate stepped forward and made their picks. From Mercy to Tacha, and then Elozonam, the Pepper Dem Housemates rounded off their Ultimate Veto Power image selection for the fourth day filled with hope that one person will get lucky. With four more picks to go, let's see who the lucky Ultimate VPH will be. 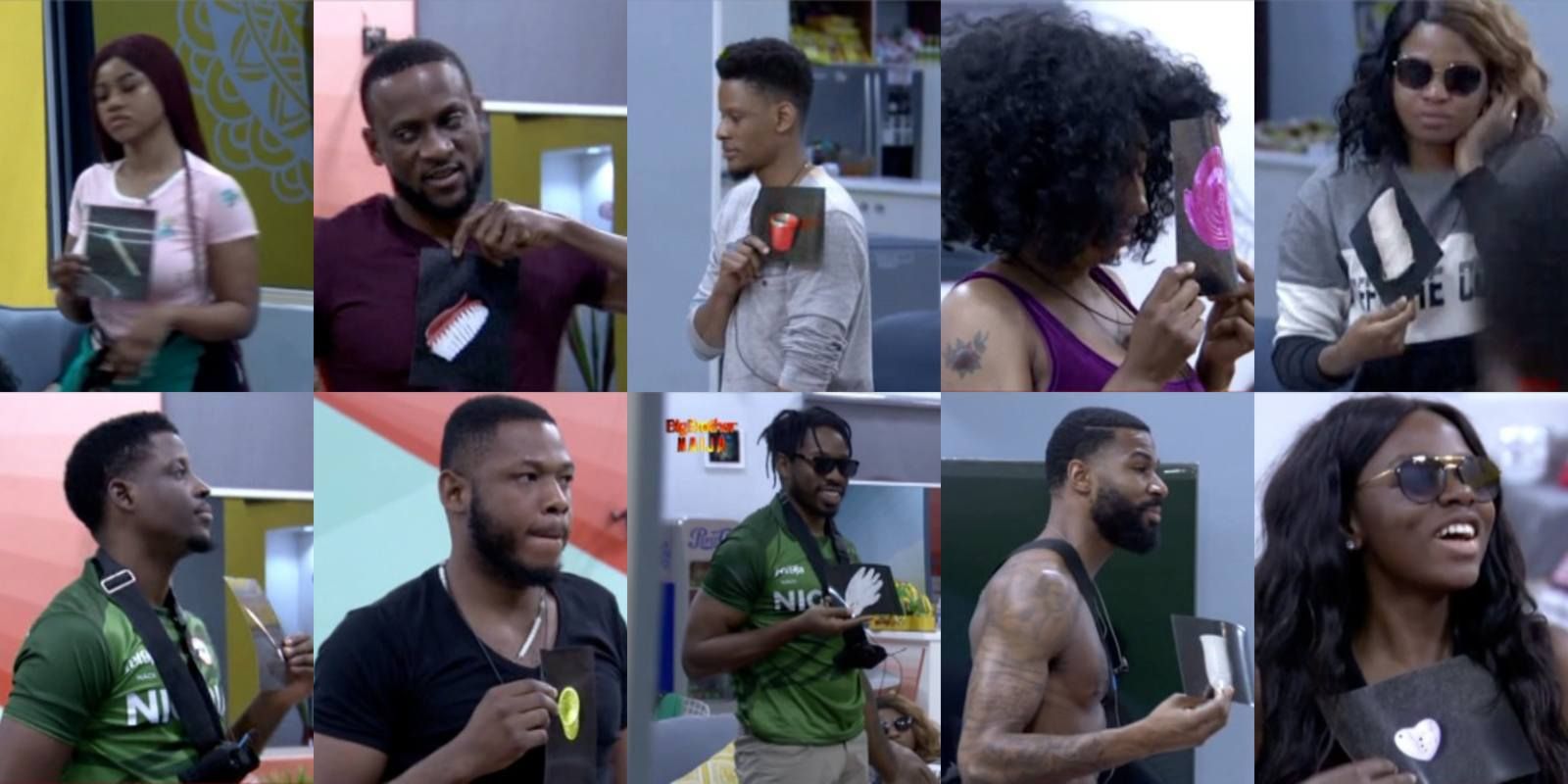 Video
Day 61: Housemates sail through Captain Morgan Task – BBNaija
After teams Fun Crew and Cruise Crew went head to head to prove who the best "pirates" were, Cruise Crew won the ultimate "bounty".
Video
Day 54: Rapunzel, rapunzel, let down your Lush hair – BBNaija
Housemates participated in a Lush Task that saw them go through five Tasks, with a winner for each round, and one ultimate Task winner.
News
Day 60: Saga’s quest for equal opportunity – BBNaija
Saga feels today's Task could have gone differently.
News
Day 8: The Darling quest – BBNaija
The Darling Salon is open and not only do the Housemates get to find their beautiful, but there are also points to be earned.