News
14 September 2019
Check out the times the Pepper Dem Gang were super excited in the Big Brother Naija House.
Get DStv PREMIUM

We have our energetic time, the moment we are extremely excited about certain things. It's the same way we have our low moments, when we are down and feel like quitting. But in this article, we have packed together all the Housemates' high moments. In Biggie's House, here are the Pepper Dem Gang's Highest Moments.

We all know what Seyi has become since his return from the fake Eviction. Who doesn't like being recognised? When Seyi became the Head of House the second time, it fell on the week of the Heritage Bank's Tor Tiv ceremony. As the HoH, he got bespoke attention such as never been given any other Housemates. Besides the coronation ceremony which saw a traditional dance troupe perform, a reception was also organised in his honour. Come and look at Seyi throughout the day. If it was possible to see his heart, we could tell his joy knew no bound. He was all smiles all day.

When you have never owned a thing before and you happened to win it on a platter of gold, how would you feel? Extremely happy right? Of course. We know the resident cup of khafi is full of life any day. But her liveliness was a step further when she won the Innoson car. Guys, we believe you would do more if the first time you will get your first car, it was handed over to you as a winning prize, no dime paid. Khafi was so happy that day, it was a surprise she did not shed tears.

As the cruise man, Mike is always filled with positive energy in the House. Whether during Tasks or at the Saturday Night Party, he never stops to show us that he is in the House to catch fun. So when Jidenna visited the House, his face shone with joy. When he introduced himself, he did it with vigour. This appears to be his happiest moments.

Did you also see the excitement on Tacha's face the moment she and Seyi returned to the House from the secret room? She was looking all glam up with her outfit. She seemed to enjoy all the attention around her as the other Housemates took them on a tour of the House. Who woudn’t, especially at a time there seemed to be plenty of beefing around you? So if we consider this Tacha’s high moment in the House, it is apt. 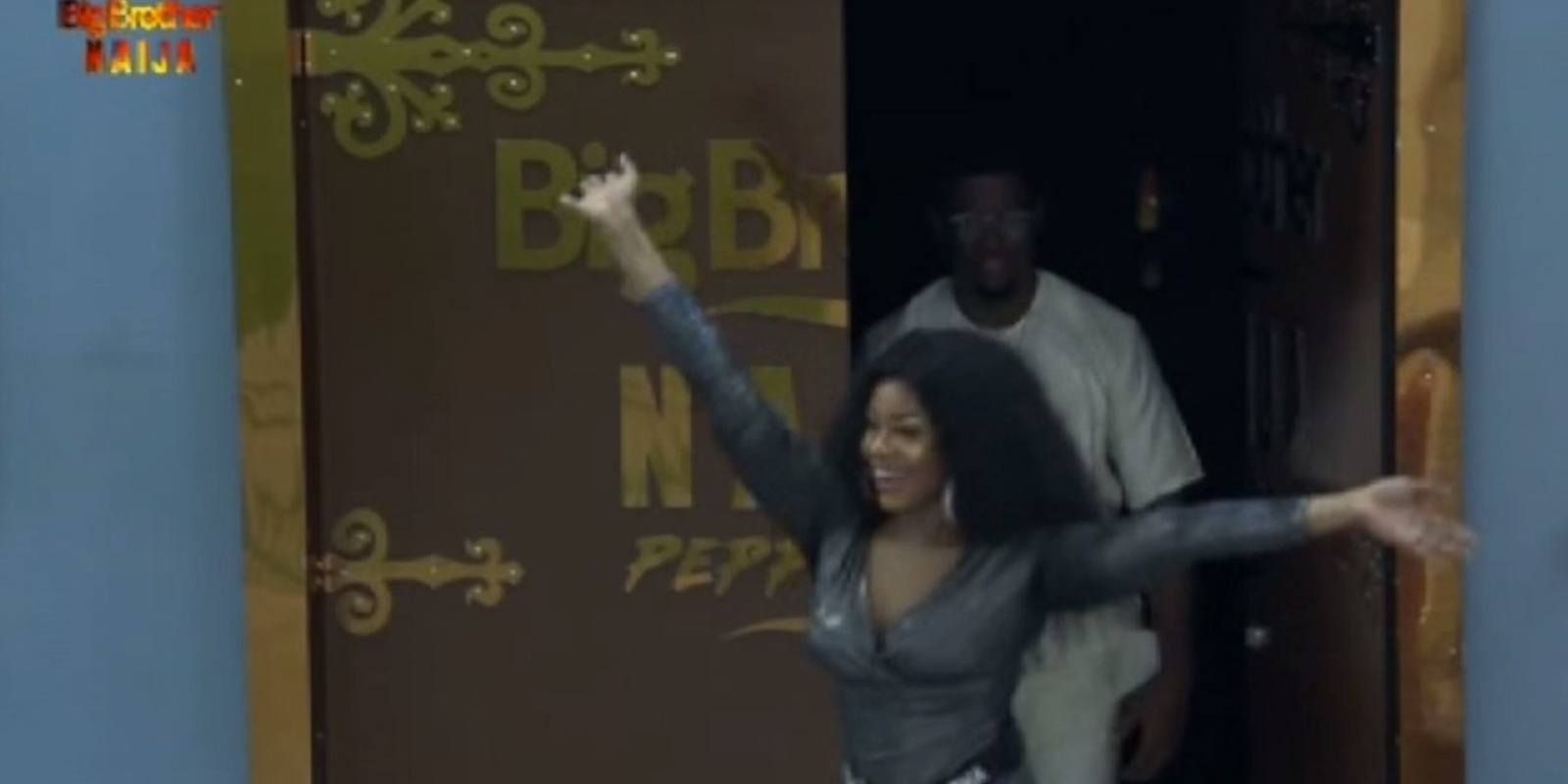 Imagine chasing after a babe for a long time with no positive response? Only to wake up the next day and then the lady gave you a warm kiss? Oh, you can imagine how on top of the world you would feel. Yes, it happened to Frodd, though his was slightly different from the scenario. We imagine how very satisfied the man would be the day Esther kissed on him during the Oppo Runaway Task. Even Twitter couldn’t let it slip through.

Frodd after the kiss and lap dance from Esther..Local man is pleased #BBNaija2019 pic.twitter.com/TuWYhA2aFz

At least if Frodd doesn't win 60m, he has gotten a kiss and lap dance from Esther.

Imagine your joy when you and your boo jointly win a competition. Yes, it can be a wonderful experience for the both of you. Ike’s moment came when he and mercy won the MunchIt challenge. The excitement on his face that day was like a full blown moon. It’s nice seeing the resident good guy look happy.

Like the other Housemates, Mercy has had her own moment of high spirit. She has also got the time she jumped up for joy. It was when they won the MunchIt challenge. Being the first time both of them would win a Task together, it was a great experience for her. 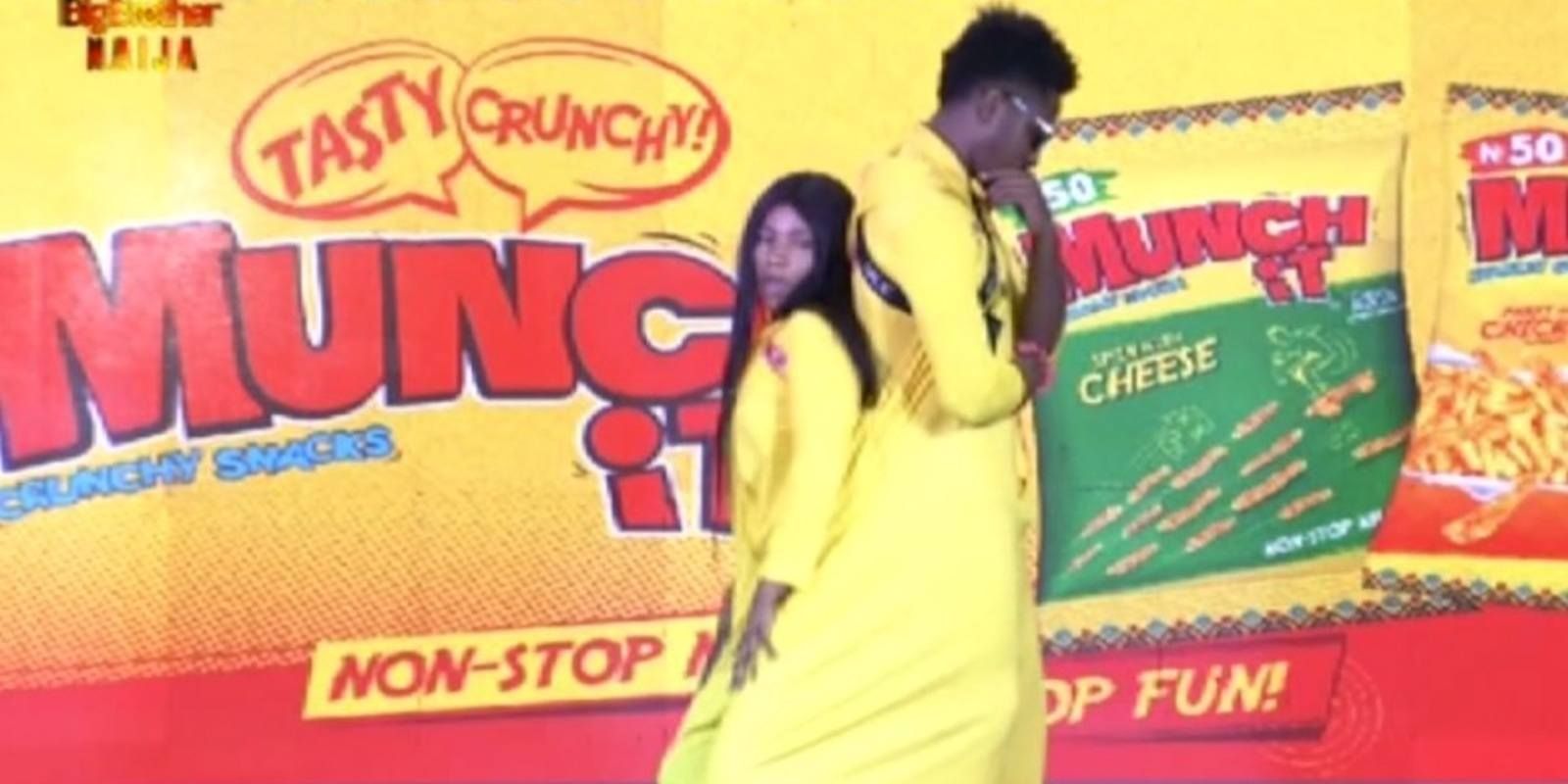 Remember when Cindy entered Biggie’s House, the surprise on her face. Yes, that’s her own moment. It’s the feeling of super excitement when you see your dream come true. She would later share the experience with her fellow Housemates.

Being his first win in the Pepper Dem House, Elozonam couldn’t hide his happiness when he alongside Tacha won the MunchIt consolation prize. It’s the joy that comes when you thought you had lost the prize in a competition and was later given something for your effort. It was indeed his own moment in the House.

Diane’s high moment in Biggie’s House was when she won the Veto Power. In a House where you don’t know what will happen when you’re up for Eviction, it was worth celebrating. Knowing that she would be safe from Eviction for that week came with much joy.

As human beings, we all have our low and high spirit moments. But the one that gives us the course to remember for long is when we did things that made us proud. In the Big brother House, the Pepper Dem Gang had their interesting times and we cannot but capture it well.

News
Day 59: Excitement in the Diary Room – BBNaija
Making it to the 9th week made this Diary Room session all the more exciting.
News
Day 64: Feel good moments – BBNaija
Evictions might be looming but the geng is chilling.
News
Pepper Dem Gang's Embarrassing Moments
The Pepper Dem Gang prove to us they are human like everyone else and they have embarrassing moments.
News
The Pepper Dem Gang: A Look At The Guys
Let's have a quick review of what Elozonam, Frodd, Ike, Mike, Omashola and Seyi have been serving us since stepping into Biggie's House.