News
02 October 2019
The Ultimate Veto Power has been used, but what did it take to wield such power?
Get DStv PREMIUM

When he picked the exact replica of the picture in the box, his joy knew no bounds. Even though he didn’t know what power he possessed, he knew it had to be something big. It had to be... It wouldn’t have been called Ultimate Veto Power for nothing. As he walked back into the House rejoicing, little did he know the magnitude of the power he now possessed. His Housemates looked on with envy and fear knowing fully well their fates in the House depended on the power Frodd now had in his hands. 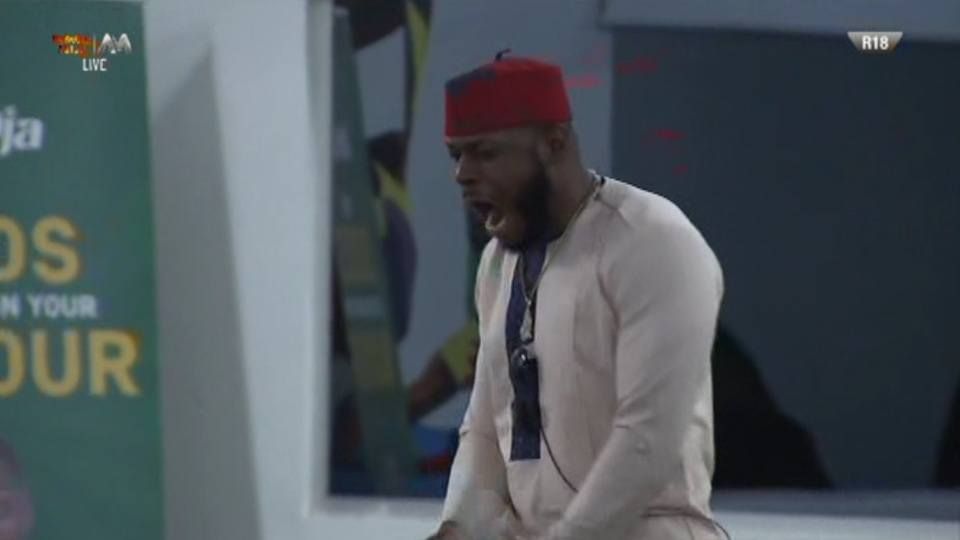 People on the outside already knew what Frodd was capable of and had gone on to name him ‘Thanos’ seeing as his power meant he could put up half for Nomination. Almost similar to that of Thanos when he wielded the Infinity Gauntlet, except his bordered on taking out half of the planet. Good thing The Avengers sorted that out.

Would hate to be typing this and halfwa…

Haha, we are still here. We aren’t going anywhere just yet. Unlike the Housemates, we are certain of being here till the 99th day.

Truely, Frodd is the Thanos of the house right now. 😂😂😂

Just a snap, 5 housemates down.
#BBNaija

He didn’t have to wonder for long about the power he possessed. The night of Nomination was just the next day and when the time came, he was summoned. Twitter was abuzz as they wondered who he was going to Nominate.

I wonder who frodd will nominate tomorrow 😂😂

Frodd most likely may nominate Elozonam, Ike, Diane, Cindy and Mike.
Who do you think Frodd will nominate?#BBNaija

Those of you predicting who Frodd will nominate well done. He go shock all of us #BBNaija

They also didn’t have to wait for long as Frodd made his pick immediately he was asked by Biggie. He seemed like he had been waiting for this opportunity all his life.

The bright side of being the Veto Power Holder was that he was able to secure a spot for himself in the Finale, but what of his fellow Housemates? They were doomed to battle the god of Eviction. A battle three didn’t survive.  A couple of the Housemates thought Frodd Nominating them was personal while some were hurt that in the end, they all knew the game was the game. Someone had to be Nominated. Sucked it had to be them. 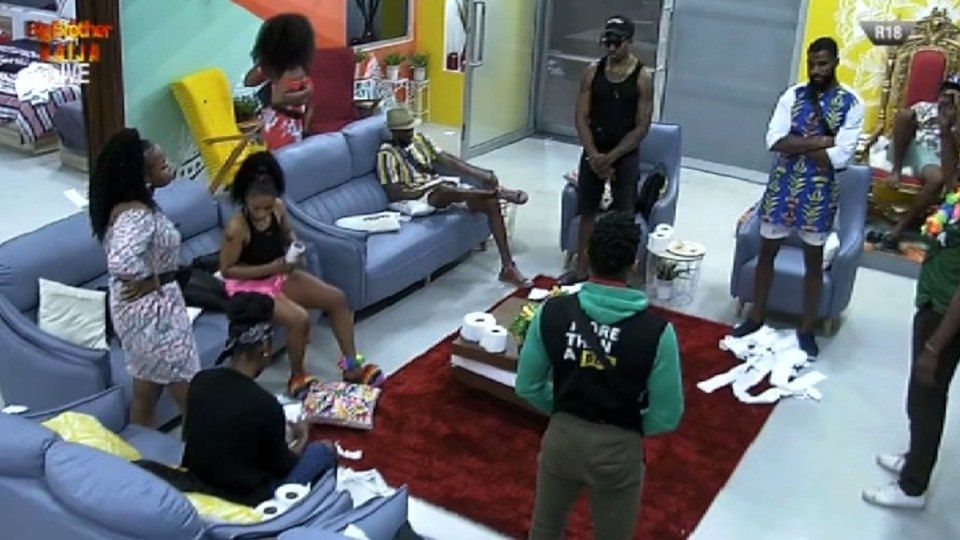 Frodd’s Ultimate Veto Power wasn’t over just yet. He still had one more task to do and this was the one that hurt him. This was the task that made him realise how much of a curse the power he wielded could be. To decide the final Housemate to leave the House, Frodd had to make an unlucky draw and Diane was the unlucky pick. Frodd was so hurt after this decision that he immediately started crying. But this was beyond him. As much as it was he who picked the draw, the decision wasn’t entirely up to him. It was up to chance. Diane's fans knew this and consoled him.

This dude tried . It's not his fault . Arrgh! Frodd slow tiger it's ok . Diane is my girl... for real I felt it !#BBNaija pic.twitter.com/QbNFDPwcHA 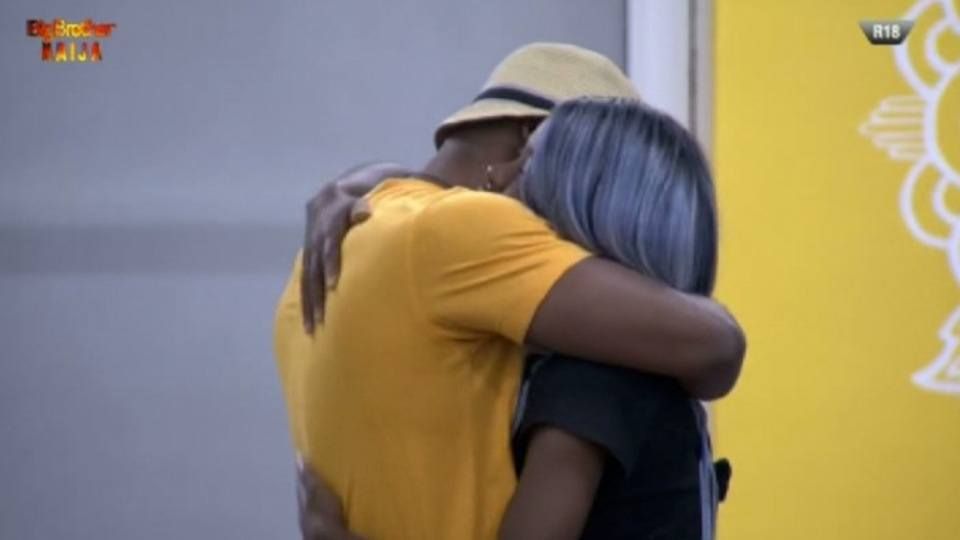 Some felt If he had the choice, Diane wouldn’t have been his first choice.

Frodd didn't want Diane to go. He genuinely likes her. He didn't even nominate her for once in the house. Even when he was to nominate 5 hms, my guy acted like he did
know Diane was a hm 😂 it's well with you Frodd. This one is out of your jurisdiction #BBNaija

Well, this is a pang of guilt he has the live with. This is the curse most common with every holder of the Veto Power. He might have Saved himself and got guaranteed a place in the Finale, was it worth the cost? 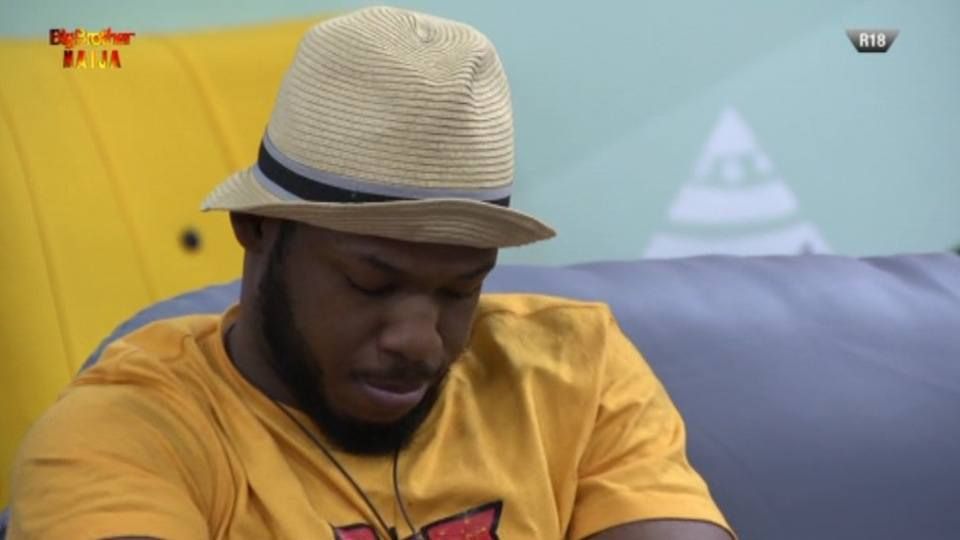 Video
Day 69: Bryann’s Big Brother Naija journey - BBNaija
Big baby Brii started the season with a lot of energy to power up his colleagues in the former Level 2. His musical abilities have also made him stand out as a unique Housemate in the Level Up season.
Video
Day 64: Week 9 in the Level Up House – BBNaija
From Chichi’s HoH and Supreme Veto Power win to Shella breaking up and then making up, we have seen yet another week of jaw-dropping content in Biggie’s House.
News
Day 3: Sanitize and chill
Putting a test to their creativity, Biggie tasked his guests to make their own nose masks and sanitizers.
News
Launch: Getting personal — BBNaija
It was a long first night in the BBNaija House and the Housemates have begun to get personal.