News
26 September 2019
Wrapping up this season Thursday Wager Presentation, the Pepper Dem Gang gave us a night of laughter.
Get DStv PREMIUM

For putting up a rib-cracking performance at the Comedy Show, the Pepper Dem Gang have won their final Wager Task in the Big Brother Naija House. Working as one House, the Pepper Dem Gang delivered their best to Basketmouth, Ik Osakioduwa, Chigul, Buchi and to you too. 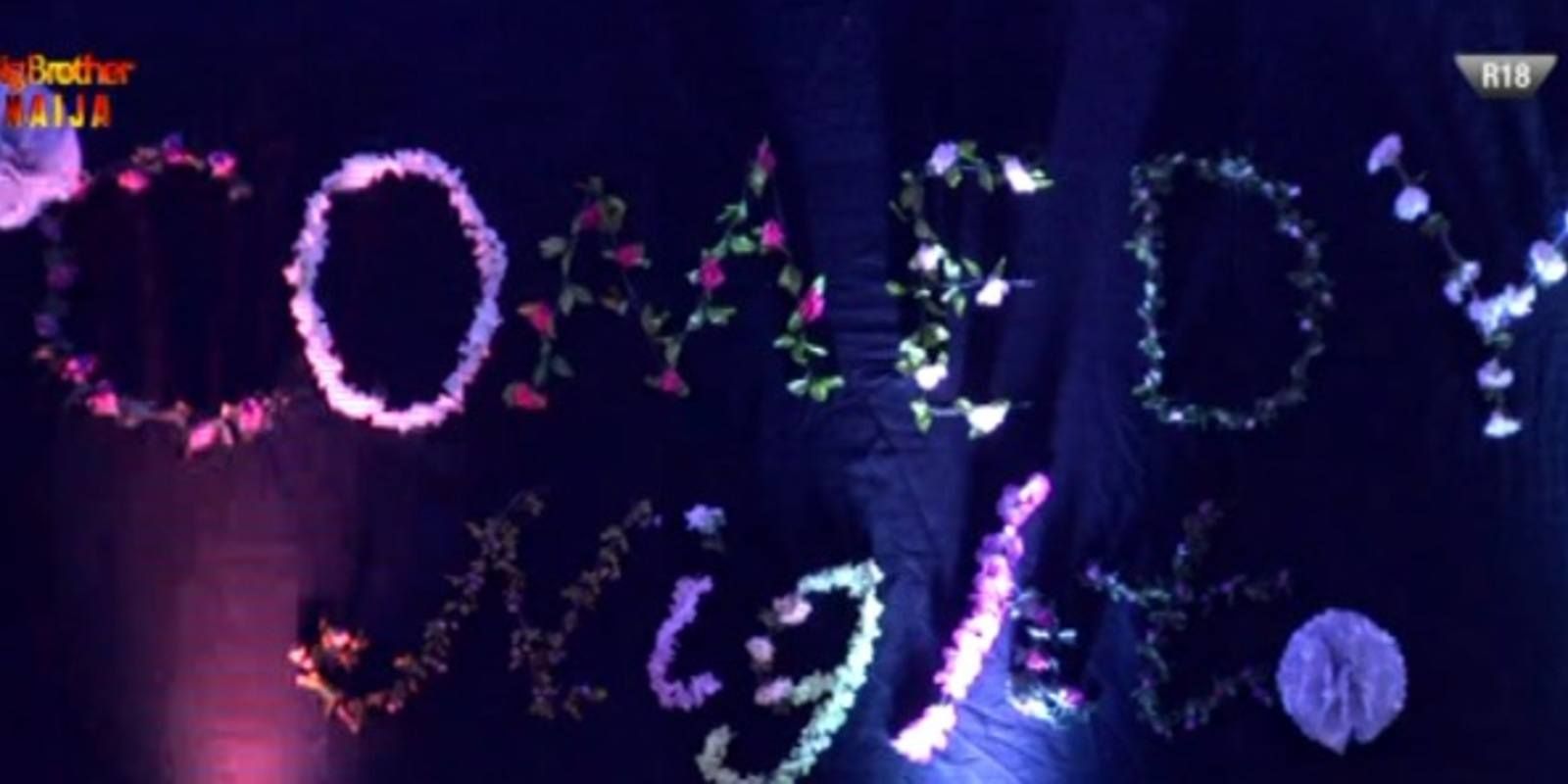 For people who were not comedians, it was quite entertaining seeing the Pepper Dem Gang bring their funny sides to the stage. With Omashola acting as MC, the Housemates set the show on the road and it was nothing short of what was expected, With Mike’s storytelling about the food hoarding in the House to Cindy, Elozonam and Mercy displaying their talent at a fake audition, it was a lit experience. One thing we know is that the Housemates can get into character when need be. 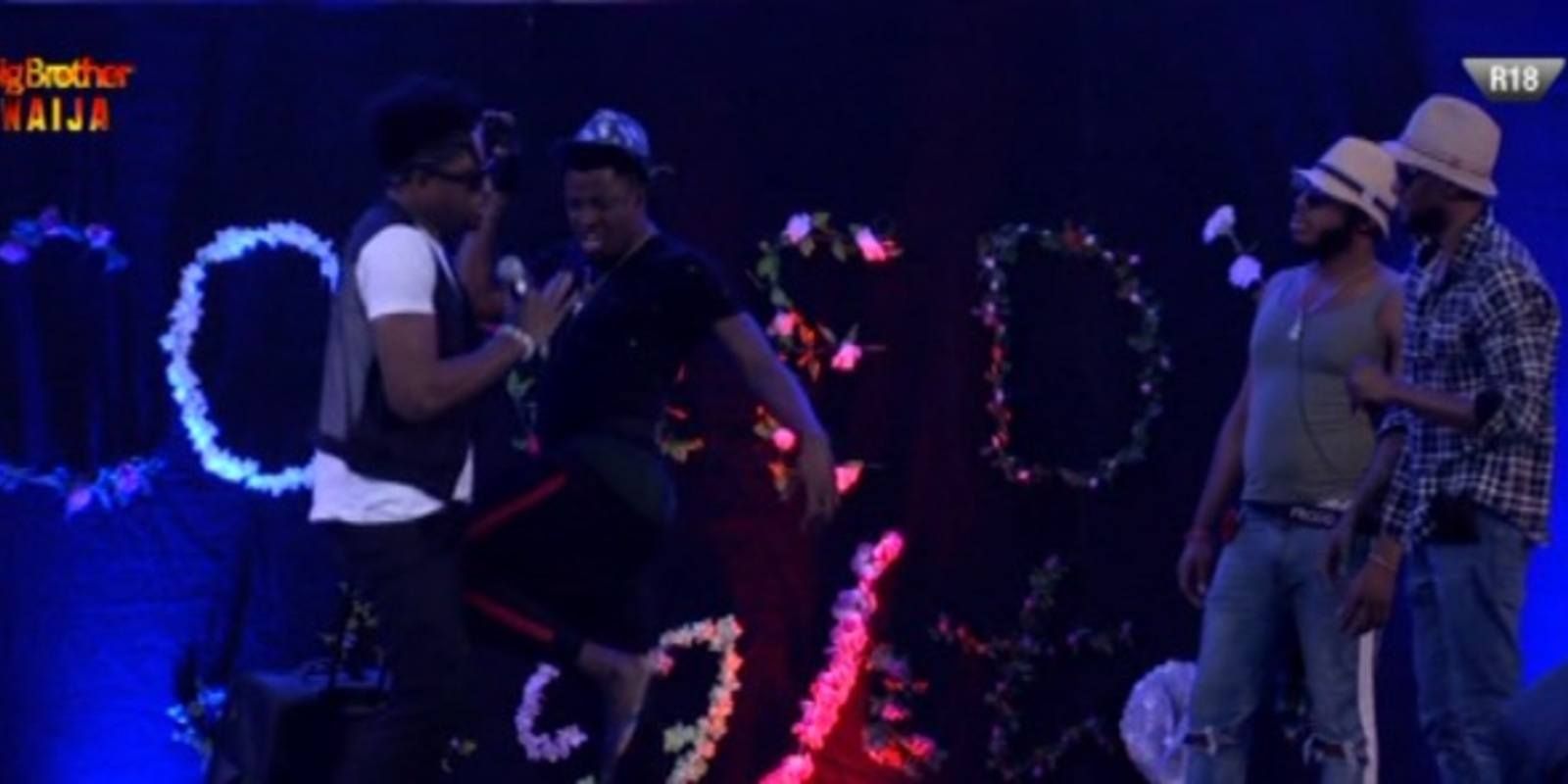 Remember it’s a six act challenge so, the Housemates Peppered us with more of their presentations. This time, it was between Ike and Tacha. As Ike was dropping them sweet lines to Tacha, the Housemates kept screaming “na dem” and when Ike was done, Tacha dusted her slippers and fled because those lines were too good to be true. The play took another turn as the female Housemates tried their mouths in the wooing game. Starting with Cindy and Mike to Diane and Elozonam, the females showed us that they took can play this game or could it be that have been wooed so many times that the lines flow fluently? 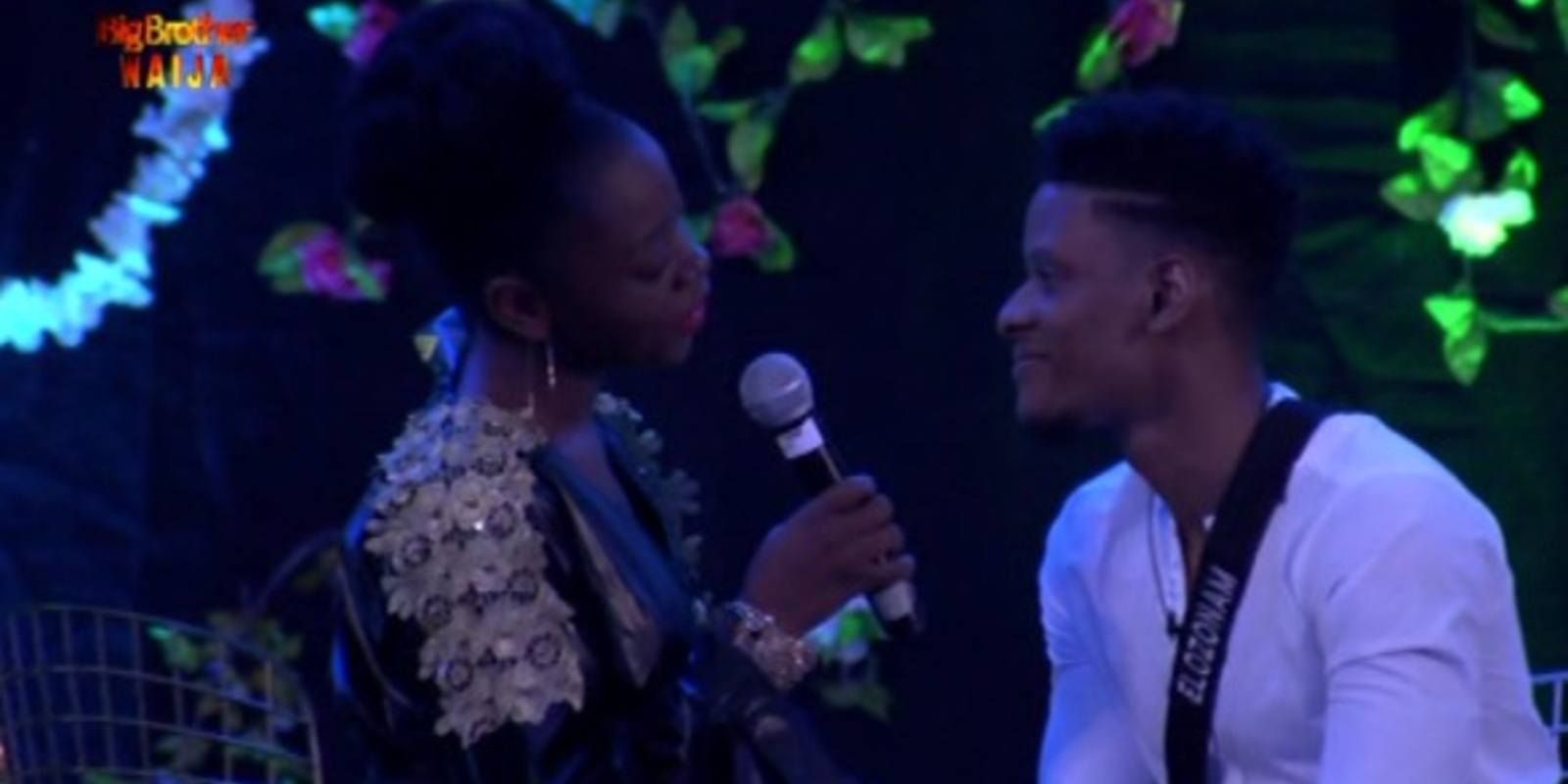 Frodd and Mercy recreated scenes from thrift markets and this act of theirs had the guests cracking up because they had all the details. This performance by Frodd made Basketmouth suspicious and he asked if Frodd once sold clothes. 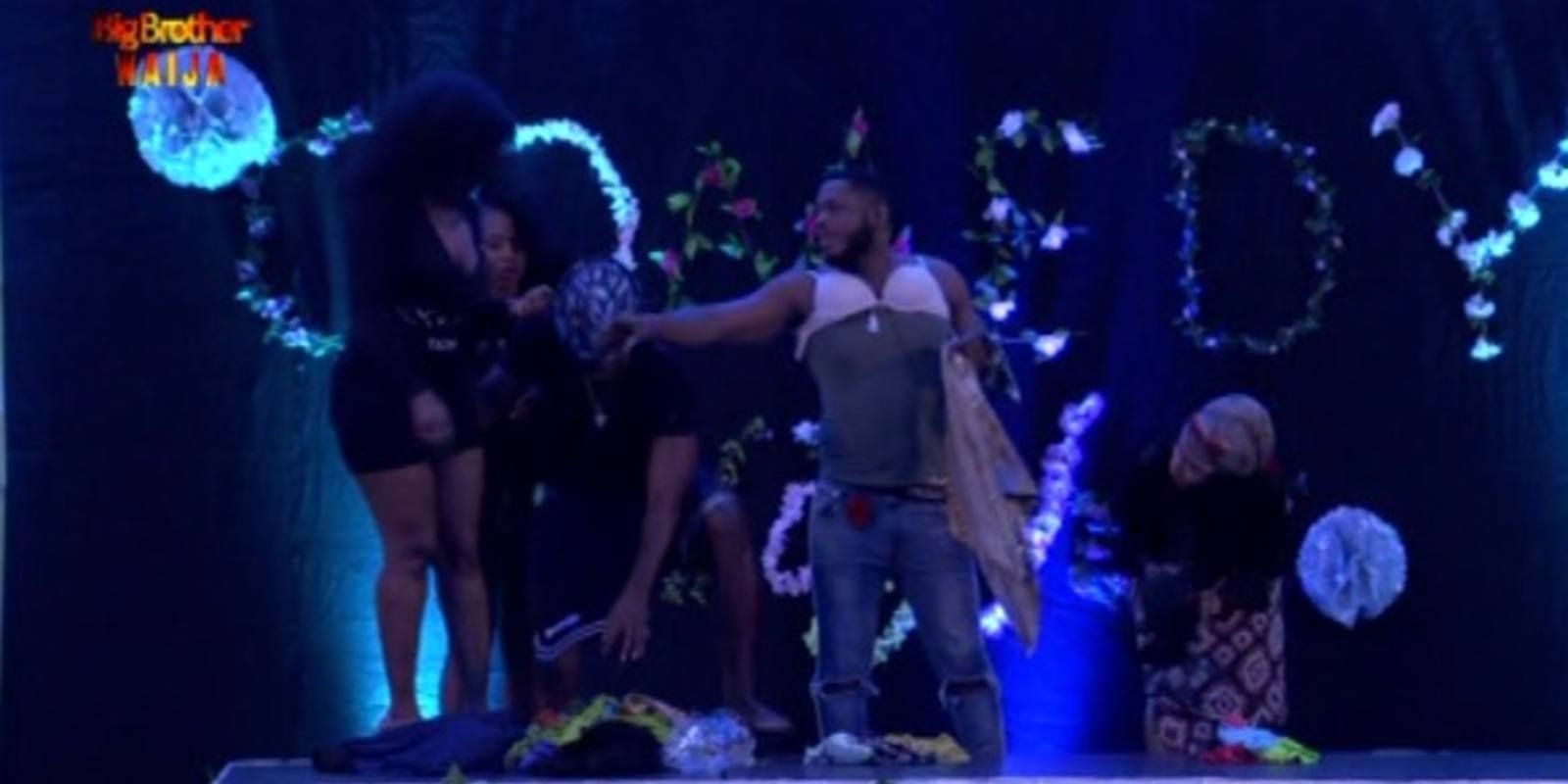 Basketmouth, Chigul, Buchi and some of the cast of flatmates gave the Pepper Dem kudos for presenting a wonderful comedy show. One by one, the guests mentioned their favourite parts of their performances and what they could have done better. All in all, the Housemates were given thumbs up for their presentations. 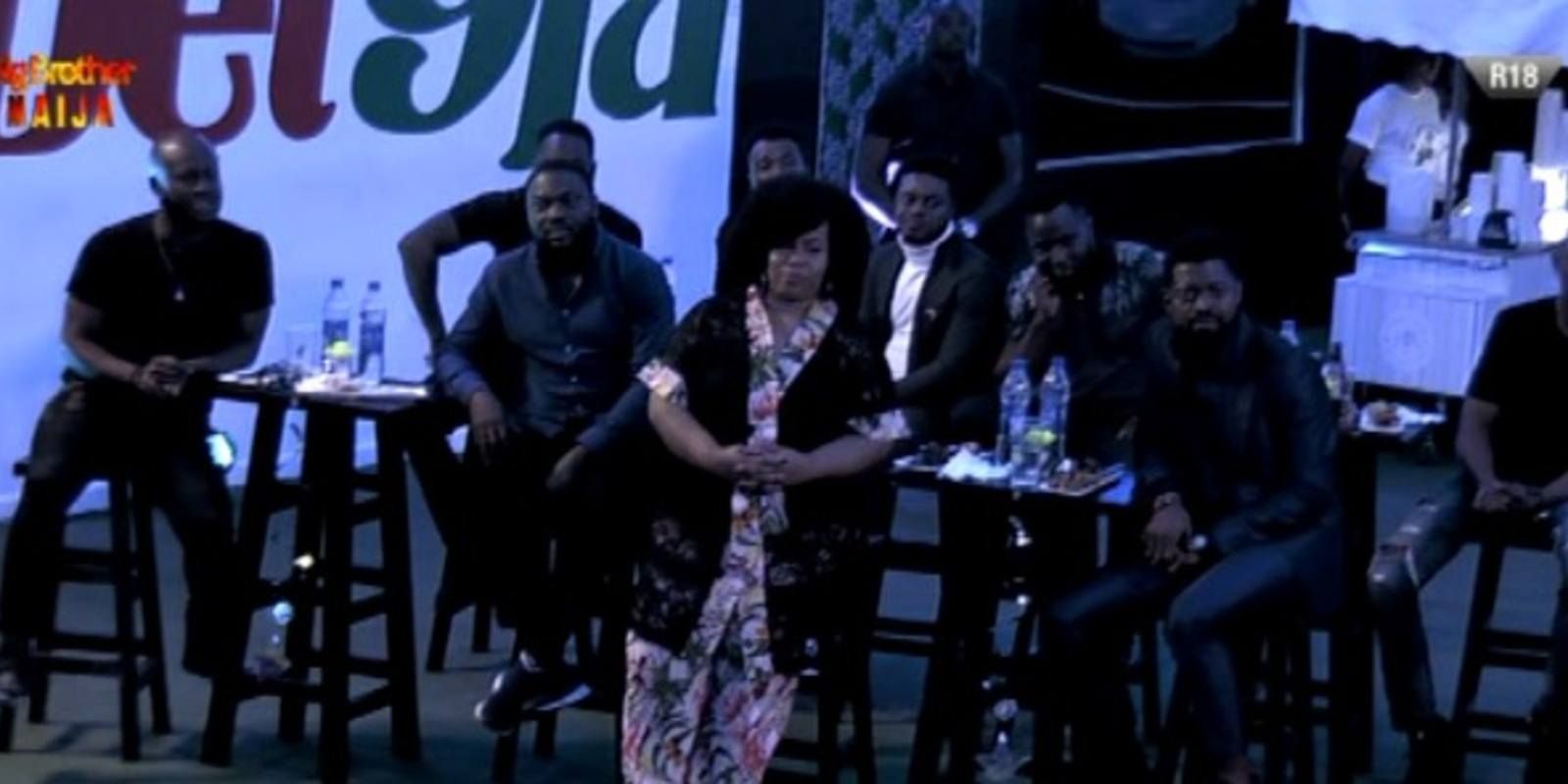 Though comedy is not for everyone, the Pepper Dem Gang took what they had and presented a Wager that will be talked about for a long time.

Video
Day 12: Actors take the stage – BBNaija
In today's performances, we saw a creative display of comedy, drama, reality TV and horror.
Video
Day 15: Bryann shoots his shot at Modella– BBNaija
Bryann finally opens up to Modella after the Saturday night party and tells her that he wants to be her guy.
News
Day 88: Snuggles And Shooting Shots
After a celebratory night of dining with the stars, the Pepper Dem Housemates gave us their own dose of drama. In case you missed it, don’t worry, we got you.
Video
Day 88: Comedy Night With The Stars
Basketmouth, Ik Osakioduwa, Chigurl and Buchi were some of the guests that paid the Big Brother Naija House a visit and they were treated to amazing performances by the Housemates at the comedy night show.