Day 87: Omashola And Elozonam Slide To An Oppo Win

News
25 September 2019
In an Oppo Slippery Stairs challenge, Omashola and Elozonam emerged as the winners in today’s Task.
Get DStv PREMIUM

Divided into two teams – white and green, each team fought for a reward box from Oppo. The most interesting element in this challenge is that the Task featured two winners, one from each team. Team white consisting of Ike, Mercy, Omashola, Frodd and Tacha and team green with Mike, Cindy, Diane, Elozonam and Seyi.

The winner from each team got rewarded with a cash prize and an Oppo F11 Pro Phone for a loved one. All they had to do was to fetch the card in the Oppo box to get the details of the reward. 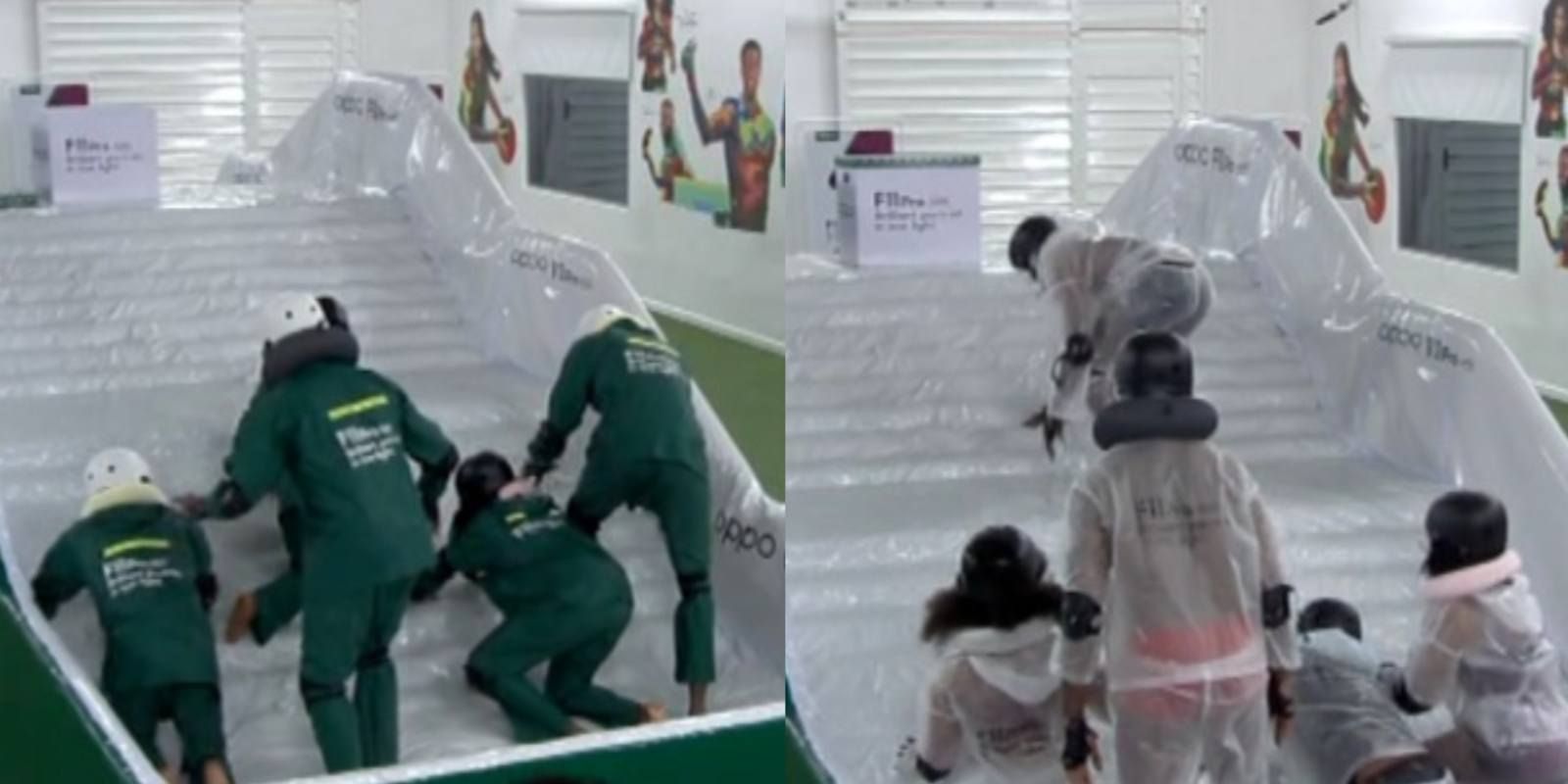 As usual, Biggie set his rules.

The Pepper Dem Gang had to play the challenge in their teams and therefore, not allowed to join another team. Once the winning Housemate collects the reward card, the game stops immediately. One more thing, the Housemates were not allowed to hold on to the railing of the stairs or use the railing to assist them as they climb the slippery stairs. 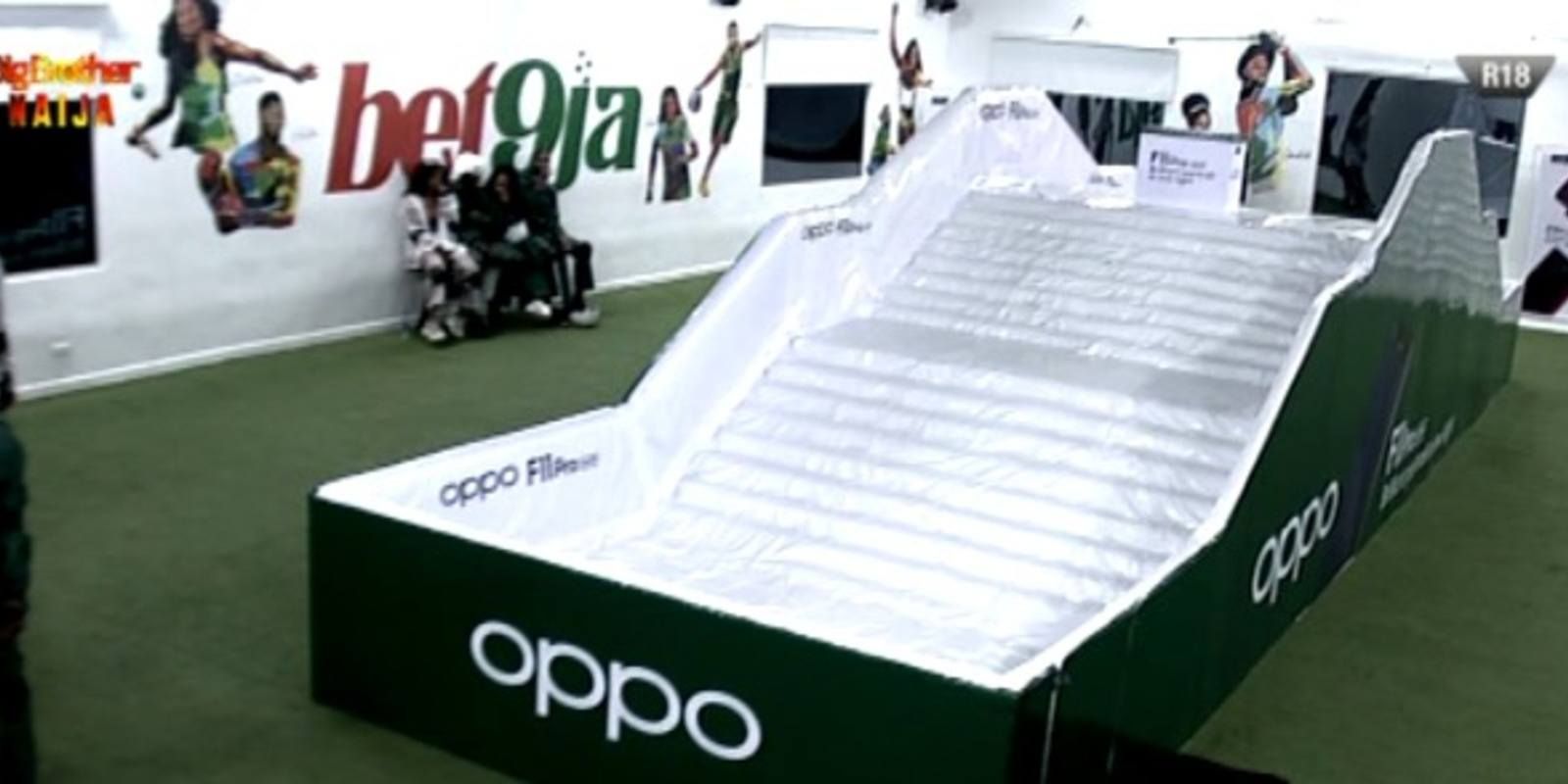 The Slide To Victory

It was hard keeping a straight face as we watched the Housemates struggle to get to the top of the slippery stairs. For them, it was time to have some fun! From Mercy’s merry-go-rounding to Tacha’s multiple falls on the stairs, the Housemates were definitely in for a slippery ride.

Team white began the challenge with Omashola emerging as the winner. One thing this team didn’t understand was that this was an individual challenge. We guess the frustration from the failed attempts prompted them to push Omashola to the top of the stairs. Go teamwork, right? 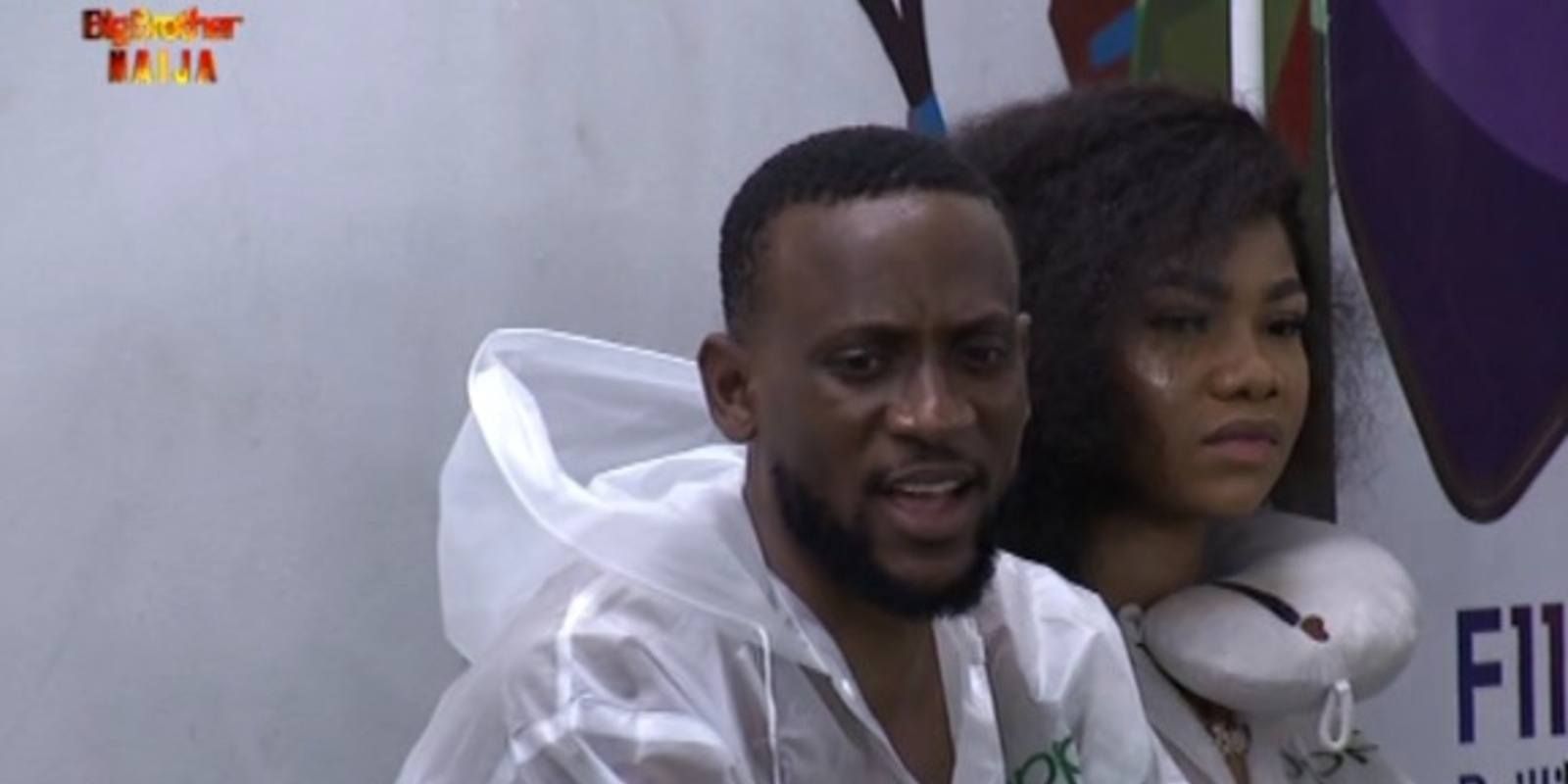 Next, team green gave us Elozonam as the winning Housemate. They all competed fair and square and in a matter of seconds, Elozonam slid to the top and grabbed his reward. 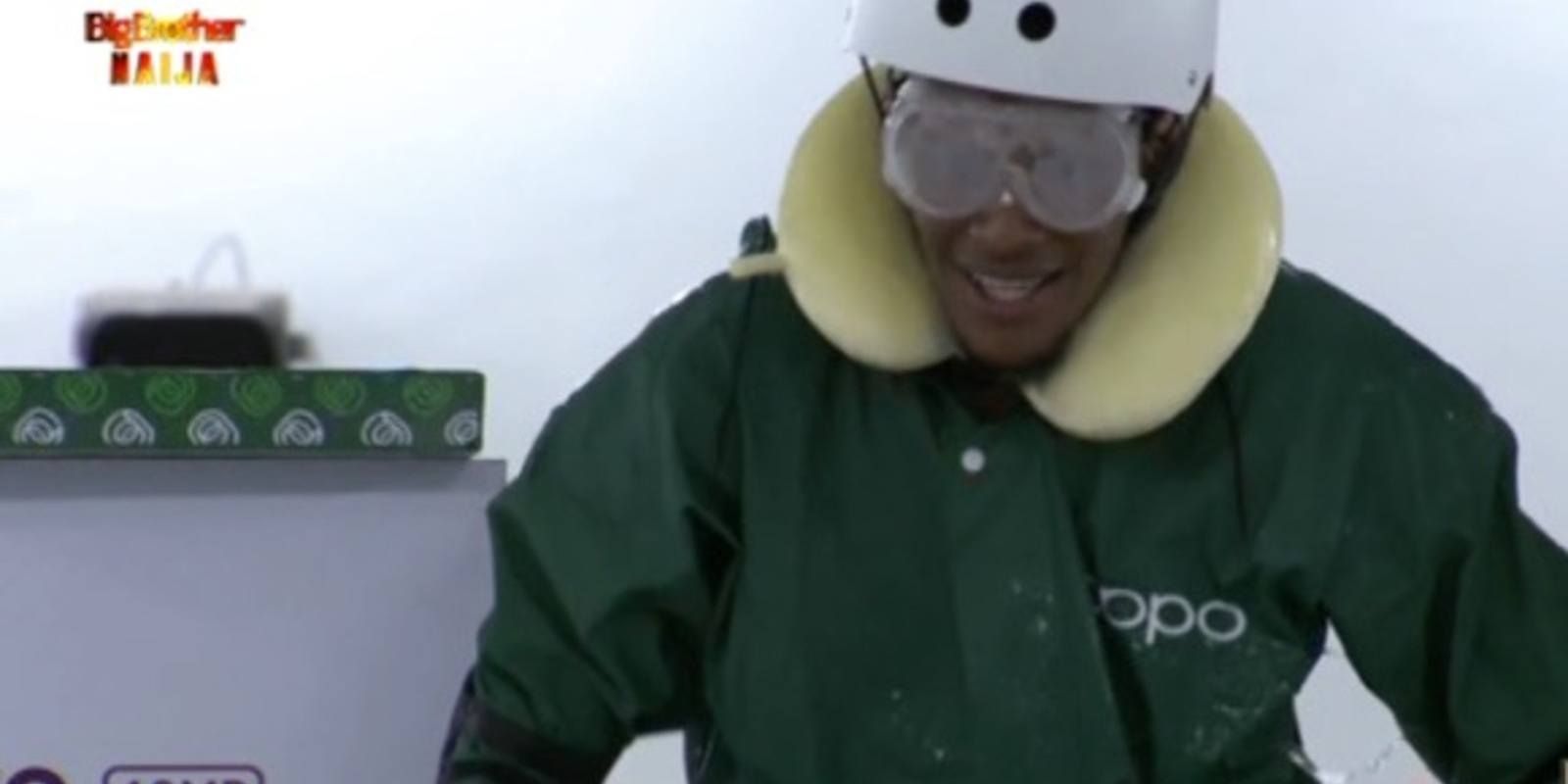 For being the first Housemates in their teams to get to the reward box first, Omashola and Elozonam won a sum of five hundred thousand Naira each and an Oppo F11 Pro Phone for their loved ones. 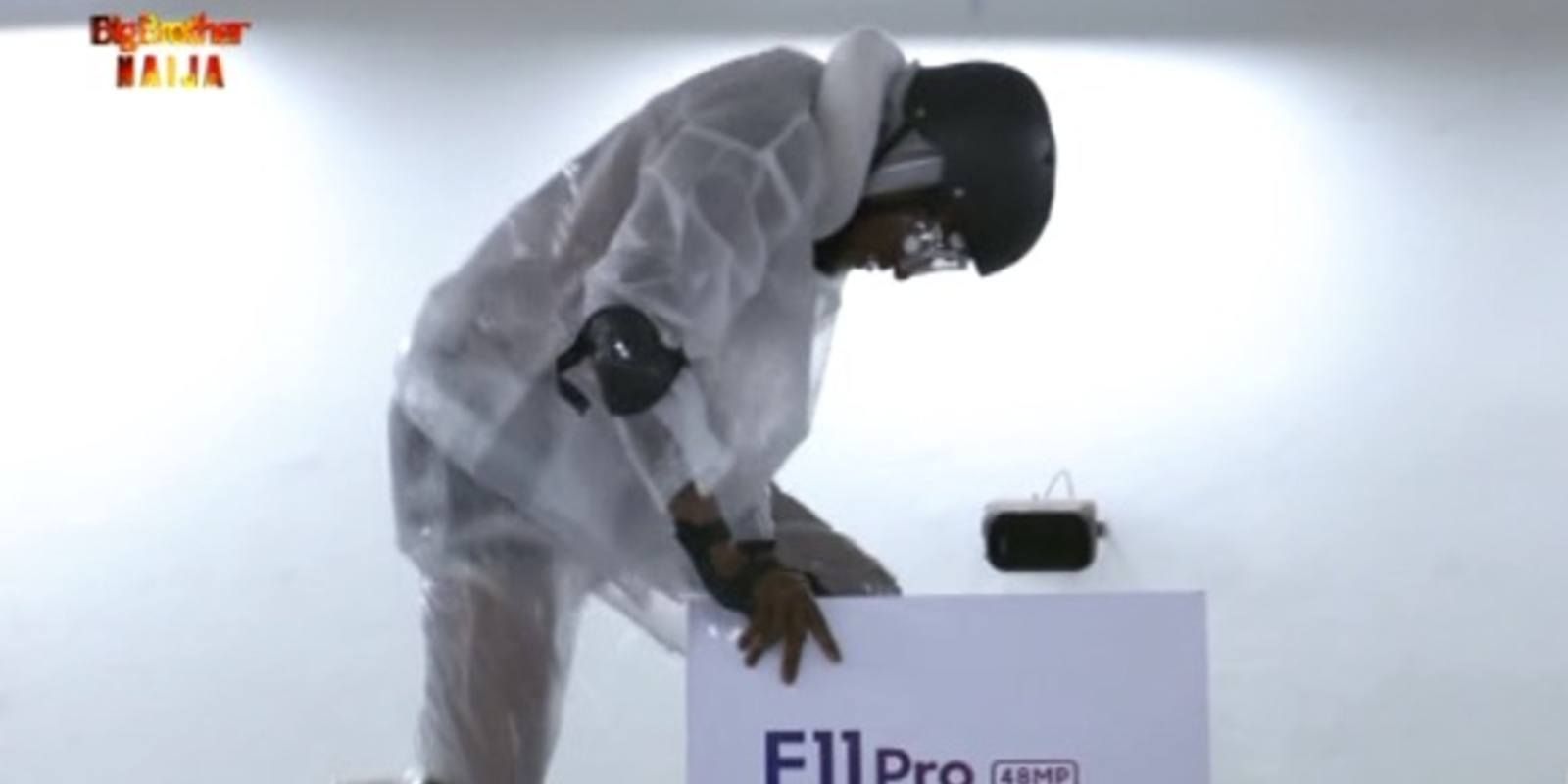 It’s almost the end of the Season and it has featured a lot of exciting Tasks with rewards attached to them. With this in mind, who do you think should be crowned as the Task champion in the House?

Video
Day 49: The scandalous DM chronicles – BBNaija
The Housemates spill the tea on how they slide into DMs and what they did to shield themselves from any scandal before coming to the BBNaija House.
Video
Day 58: The Ultimate Veto Power Games – BBNaija
The BBNaija Housemates were up and ready as they tried their best to win the Ultimate Veto Power for the season.
News
Day 87: Fun Time With OPPO
It’s time for some fun in the Big Brother Naija House.
News
Day 87: A Movie Treat For Mike And Omashola
Omashola and Mike get to enjoy the treat they paid for.