News
24 September 2019
How traumatized are the Pepper Dem Gang on Frodd’s Ultimate decision?
Get DStv PREMIUM

We expected the Pepper Dem Gang to remain shaken with the Nomination twist or should we say shock last night. This morning was no different as we had Ike, Elozonam and Omashola tell it all.

Still not pleased with their names being put on the Nomination block, Ike and Elozonam had an early morning chat where they revealed their masked emotions.

“I was comfortable with it before but I’ve just come to realize that it was a personal decision,” Elozonam said to Ike. According to Elozonam, his Replacing Venita with Frodd in his Save and Replace decision was a strategic move. In his words, he felt guilty about this and even went ahead to explain his move to Frodd to avoid hard feelings.

However, he didn’t quite understand why Frodd was so quick to Nominate him on the spot without thinking twice. “It was a personal move,” he added.

Ike who was also a victim of last night’s Ultimate twist agreed with Elozonam on this one. “He was feeling himself too much for something that was just a game of chance,” he told Elozonam.

We leave you with this question, do you think Frodd’s move was personal or are the Housemates just looking for who to blame the Nomination outcome on? 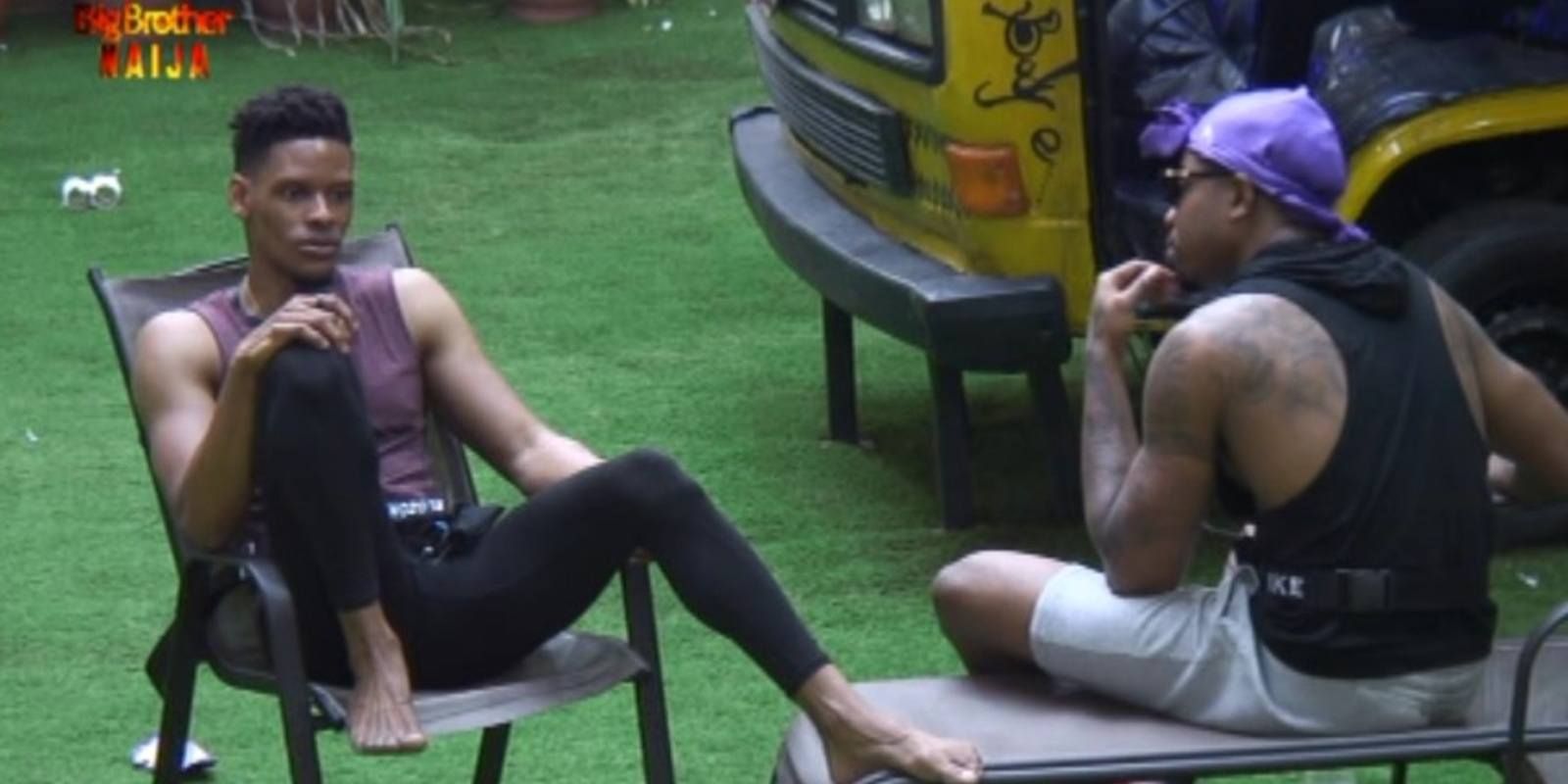 Still on their conversation, Elozonam opened up to Ike about his relationship with Diane. “We won’t make it outside this House,” he revealed. It’s no news that the Dialo ship has been having problems sailing in the Pepper Dem House but we can’t seem to get why they just don’t want to make it work. Are we the only ones seeing the spark between them? No?

According to Elozonam, Diane in many ways has shown him why their relationship may not see the light of the day when they leave the House. Although he claims they’ll always remain friends, we can’t help but ask what they intend to do with the feelings they’ve confessed to each other.

Is this truly the end of the Dialo pair?

Dialo carry your wahala and go
I no ship again....again, what is it self... Why will i be having headache for another person relationship...... We will see probably and Hopefully after the House, if the Lord says YES #dialo #bbnaija pic.twitter.com/ASUr8TSSXT

Ike and Omashola talked about the masked strategies of the Pepper Dem Gang. Looking at Tacha, Omashola said Tacha woke up this morning with a strategy which seems to be working out well for her. The morning screams about ripe plantains and the “No leave, no transfer” quotes are just strategy forms to make her remain noticed in the House.

“You gotta’ put yourself out there,” Omashola said. To wrap up the conversation, Ike told Omashola that he’s going to start putting on a show and marking territories. “I won’t be as petty as Tacha, but I’ll piss everywhere to mark my territory,” he added. 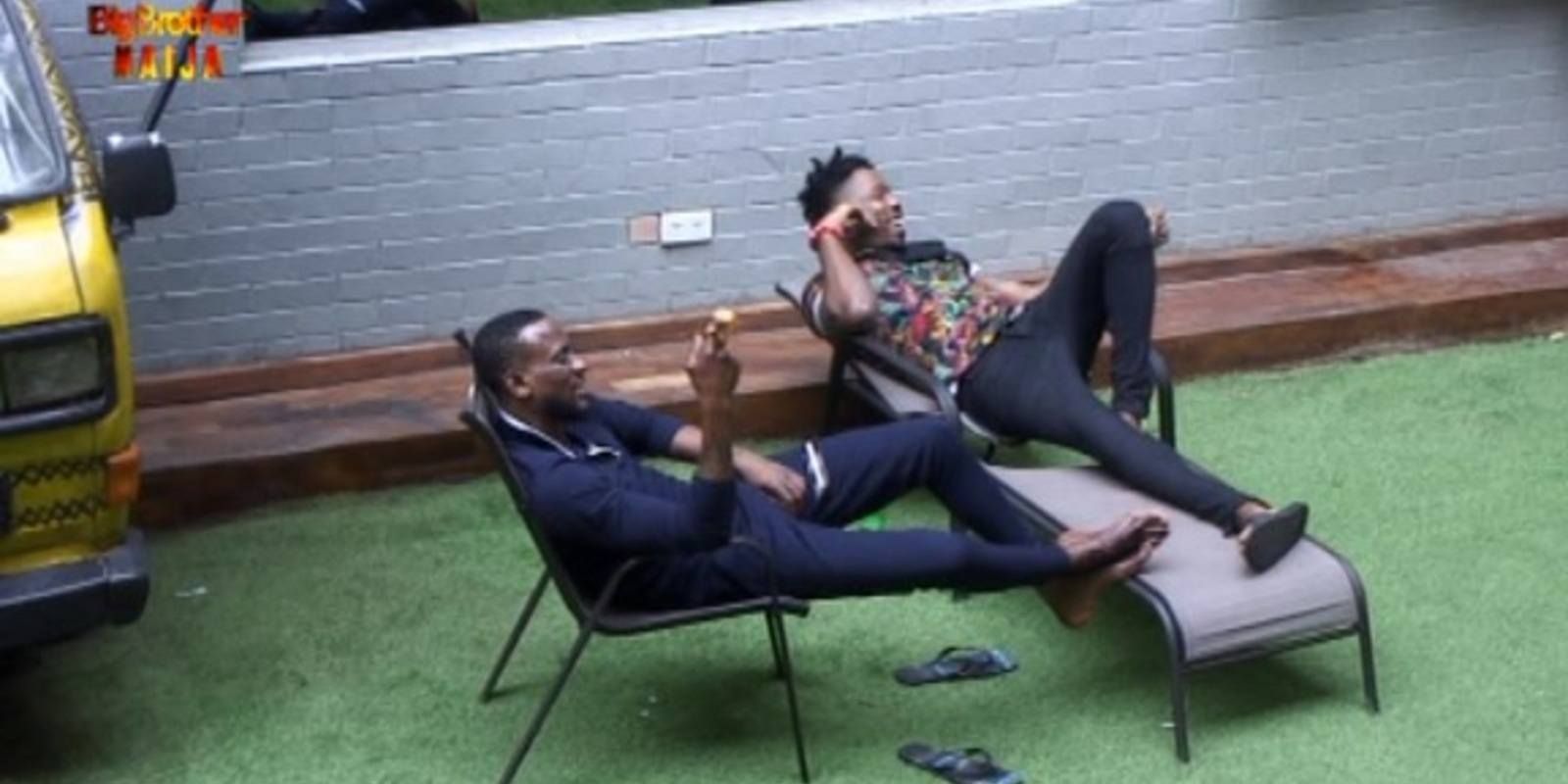 Should we expect to see the gangsta’ in full form in the next couple of days or will he not be able to live up to his promises?

Video
Day 63: Groophy analyse fight with Chizzy – BBNaija
Groovy and Phyna have a chat about the squabble that happened earlier in the day with Chizzy.
Video
Day 61: Wager practice is kicked into high gear – BBNaija
After a day of snoozing for the Housemates, Hermes and Chizzy take it upon themselves to wake everyone up for Wager preparations.
News
Launch: Getting personal — BBNaija
It was a long first night in the BBNaija House and the Housemates have begun to get personal.
News
A love catalyst – BBNaija
Big Brother Naija has been a catalyst for love since its first season and cosy couples have always been talking points for fans.