News
23 September 2019
The Housemates wrapped up the night with a subtle message from Tacha.
Get DStv PREMIUM

Just as they were still trying to process the Veto power reveal, the Housemates reacted to tonight’s Live Show in different ways.

“When you talk about me, you clout,” Tacha yelled across the bedroom. Her shouts gave it away that she was extremely upset about the tonight’s Live Eviction Show which birthed the chat with Ebuka and the Pepper Dem Gang. Ike being Ike was standing at the door, laughing about what Tacha was shouting about. “If you have a problem with me, tell me and stop gossiping,” Tacha further exclaimed. 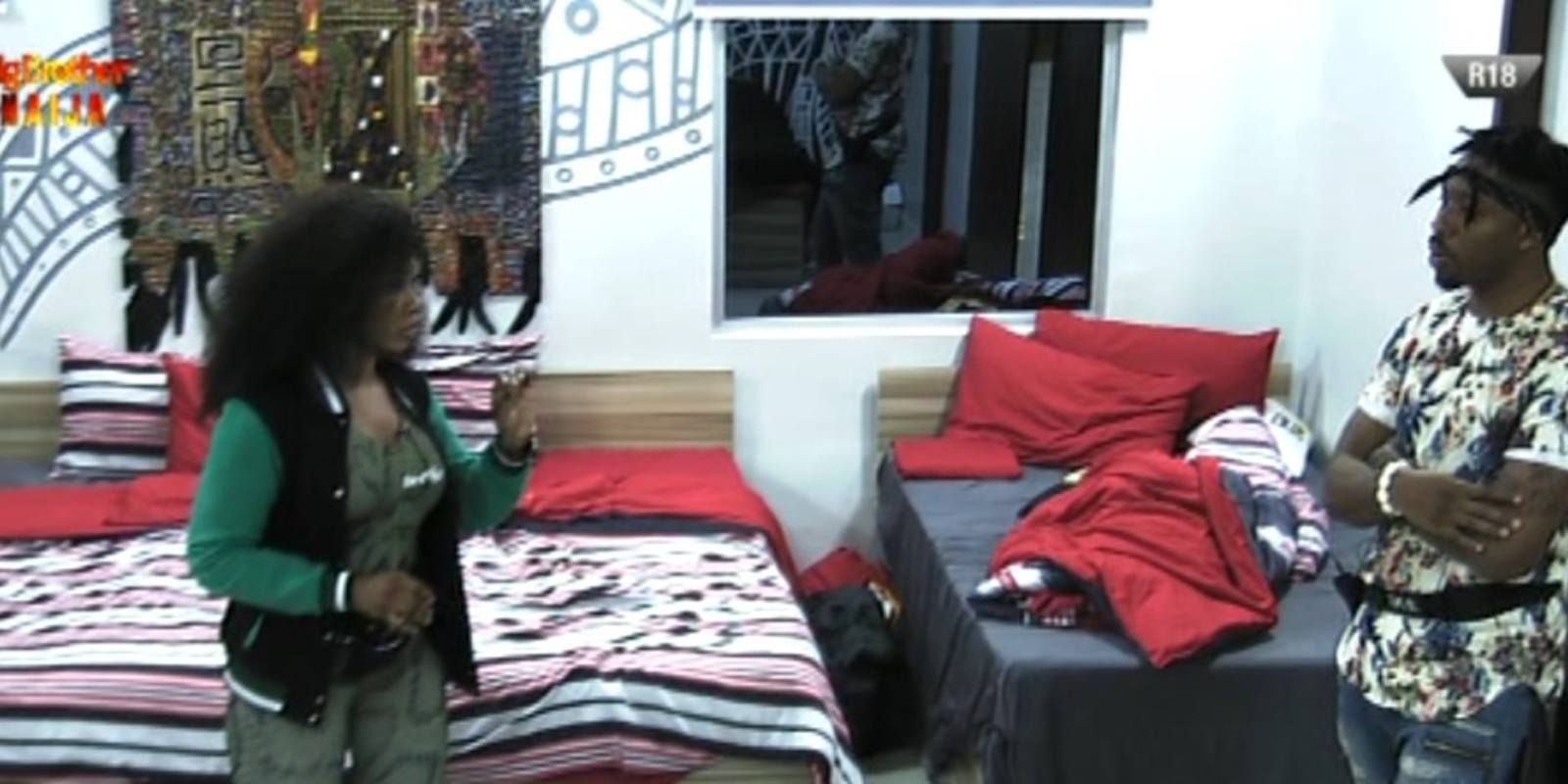 We finally got to hear Tacha reveal the cause of her screams, as she opened up to Ike. Basically, she was of the opinion that the Housemates all trended on her name this week. What made her assume such, you may ask. According to Tacha, Ebuka asked the Housemates some questions during his table shaking session and for some reason, they all seemed to have her name in their mouths. From the mixtape fight with Omashola to the fight with Diane, she seemed to be the highlight of the week. She didn’t quite understand that and for that reason, did not fail to voice her feelings to whoever cared to listen. “I’m guaranteed till week fourteen,” she shouted on.

Prior to this, Diane and Elozonam were in the room talking about her. Elozonam was having dinner prepared and served by Tacha. Diane saw this and told him to keep the same energy when she’s eating Frodd’s food. In his defence, Elozonam replied, “It’s called survival”.

Again, Omashola, Seyi and Cindy were in the Garden talking about Tacha’s screams. Seyi asked Omashola if Tacha was referring to him and if the shouting was directed at him. Omashola admitted to not hearing what Tacha had to say. What surprised us was when he took it upon himself to tell Seyi and Cindy that Tacha like him, didn’t know how to hold a grudge. “She’ll tell you where you went wrong and close the matter,” he added. Friendship goals, perhaps? Or could it be as a result of the loyalty that comes with being team Legend?

Later on, Ike and Mercy were discussing Tacha’s outburst and in this conversation, Ike told Mercy everything Tacha revealed to him earlier. “She feels we’re trending because of her,” Ike said.

Judging from these conversations, here’s what Twitter had to say about Tacha’s claims.

#BBNaija Tacha has never said anything bad about these Hms behind their backs.. She will rather discuss her business. The gang up against her is terrible 😔 pic.twitter.com/qdNkAH9hBZ

The Fear Of The Final Days

While the Housemates prepared for an early night, Mercy and Ike had a brief re-strategizing. Mercy has secured a place in the finale using Bet9ja Coins and with the power of the Ultimate VPH, there’s no telling what could happen next in Biggie’s House.

Clearly, no one is safe and the fear of that made Ike voice out his intention of acquiring more Coins possibly through Arena games or just asking other Housemates. What could be planning to buy though? With the Icy pair, everyone is a threat, which is why Ike revealed to Mercy that he didn’t mention Mercy’s Immunity purchase to him.

“He didn’t even give me back my 100 Bet9ja Coins after the VPH was revealed,” she said about Mike. Well, the game is hotter and we guess Mike is only playing his game. We didn’t say so, you did.

With a few days to the finale, what length will the Housemates go in fighting for a spot in the finale? Will this involve Frodd having more Housemates in his friends' list? Strap up guys, it’s sure going to be a thrilling week.

Video
Day 17: Everyone feels the same way – BBNaija
Peace and Jackie B discuss the tension around Nominations and their gratitude for being guaranteed another week in the House.
News
Day 71: Week 10 in the House – BBNaija
#BBNaija fam, it has been a long ride but we are now at the finish line!
Video
Day 85: "You Are Very Much Abnormal" Tacha
Tacha woke up this morning to dish it out hot. Frodd got the first taste and it doesn't look like he would be wanting a second helping.
News
Breaking News: Mercy and Tacha Get Strikes
For the acts of inciting violence and an attempting to disrespect the authority of the House, Mercy and Tacha receive Strikes.