Day 80: Catching Up With Team Legends

News
18 September 2019
Where two or more members of team Legends are gathered, the cruising never stops. (see what we did there?)
Get DStv PREMIUM

The Eviction of another team member does not stop team Legends from catching cruise whenever they are not at each other’s necks over food or Task preparations. Here’s how Tacha, Omashola and Frodd spent their morning.

Social media allows people publicly share their thoughts and lifestyle with others and according to Tacha, Omashola and Frodd, it has become hard to know whom, where or what to trust.

However, in the midst of the phoney people that cloud social media, Frodd highlighted some ex Pepper Dem Housemates that have a huge following on Instagram and know how to gain traction on their social accounts. Highlighting KimOprah, Frodd revealed that he followed her on Instagram before they came into the House as Biggie’s guests, On this subject, “I even told KimOprah that I was following her before the show but she didn’t follow back,” he added.

In the bid to advise him, Tacha told Frodd that the issue he probably had outside the House with not having people follow him or reply his direct messages is because of his followers count. According to her, “you can’t follow two thousand people with only seven hundred following you back”.

To wrap up the conversation, the chairman of sending DMs like he self-proclaimed, said he would work on his social accounts henceforth. Well, we guess that would be after day 99, right Frodd?

In the midst of the banter from team Legends was an unbothered Seyi, whipping up his breakfast and consciously not participating in the gist. Even after his cooking, one thought he would seize the opportunity to join in the chat as he ate on the dining table. However, sucre papito took on his invincible unlooking mask, while he ate quietly. As if to make it clear enough to anyone who was watching, he sat at the far end of the table to depict his non-engagement.

We reckon you could also feel the tension in the air which may imply that we might not be getting a reconciliation from Seyi and Tacha anytime soon. Or is it too early to judge? 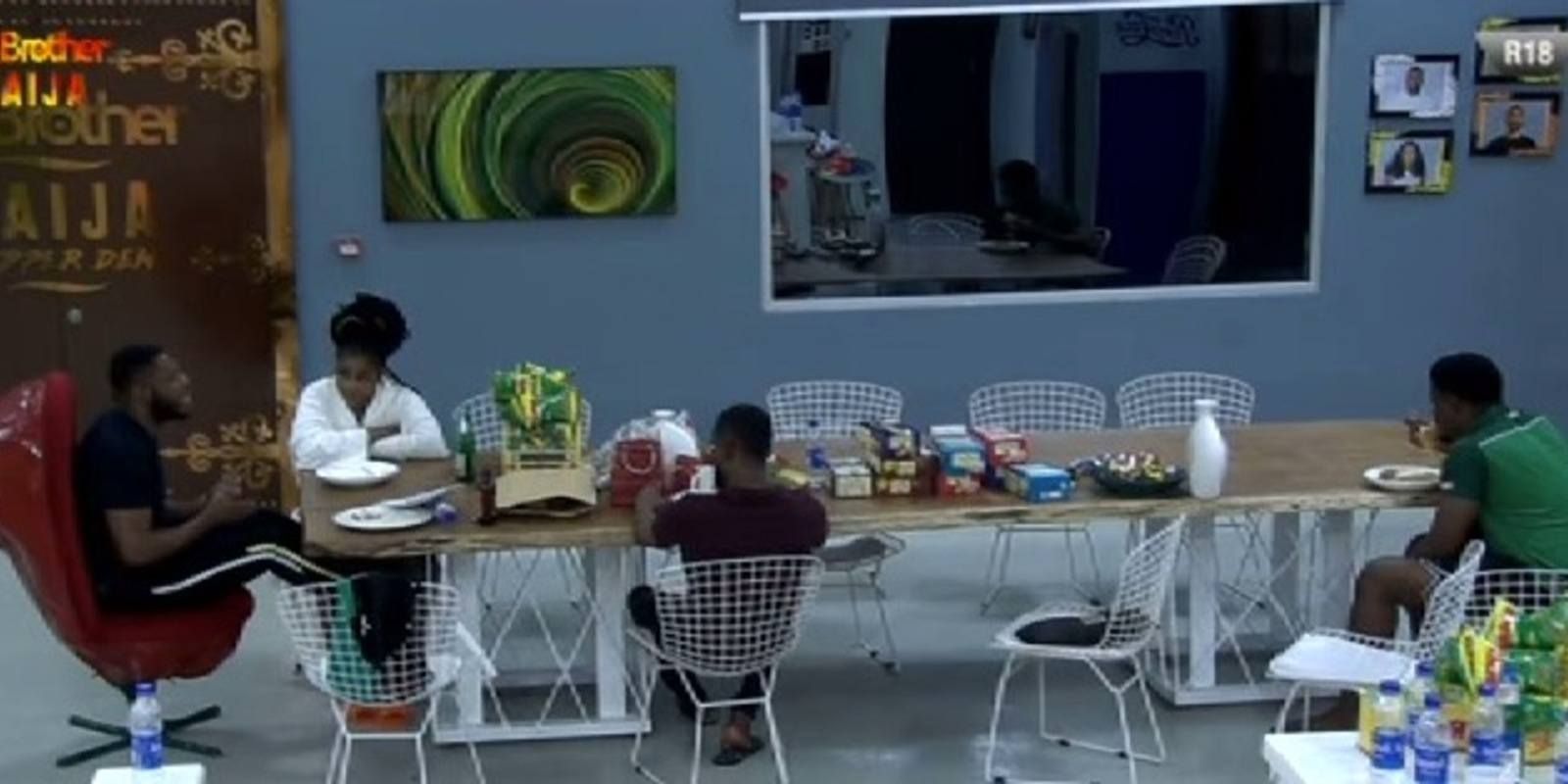 One thing all members of the Pepper Dem Gang do well is their funny workout routines at the Arena every morning. Frodd did not fail to point out how Tacha gets during gym time and Omashola chipped in as he highlighted Mercy’s lazy workout vibes as well.

To be fair, Frodd wrapped up the gist by concluding that all the Housemates are getting better every morning and Omashola agreed to this. Leaving the workout jokers aside, who should be crowned king of Arena workout sessions this Season? 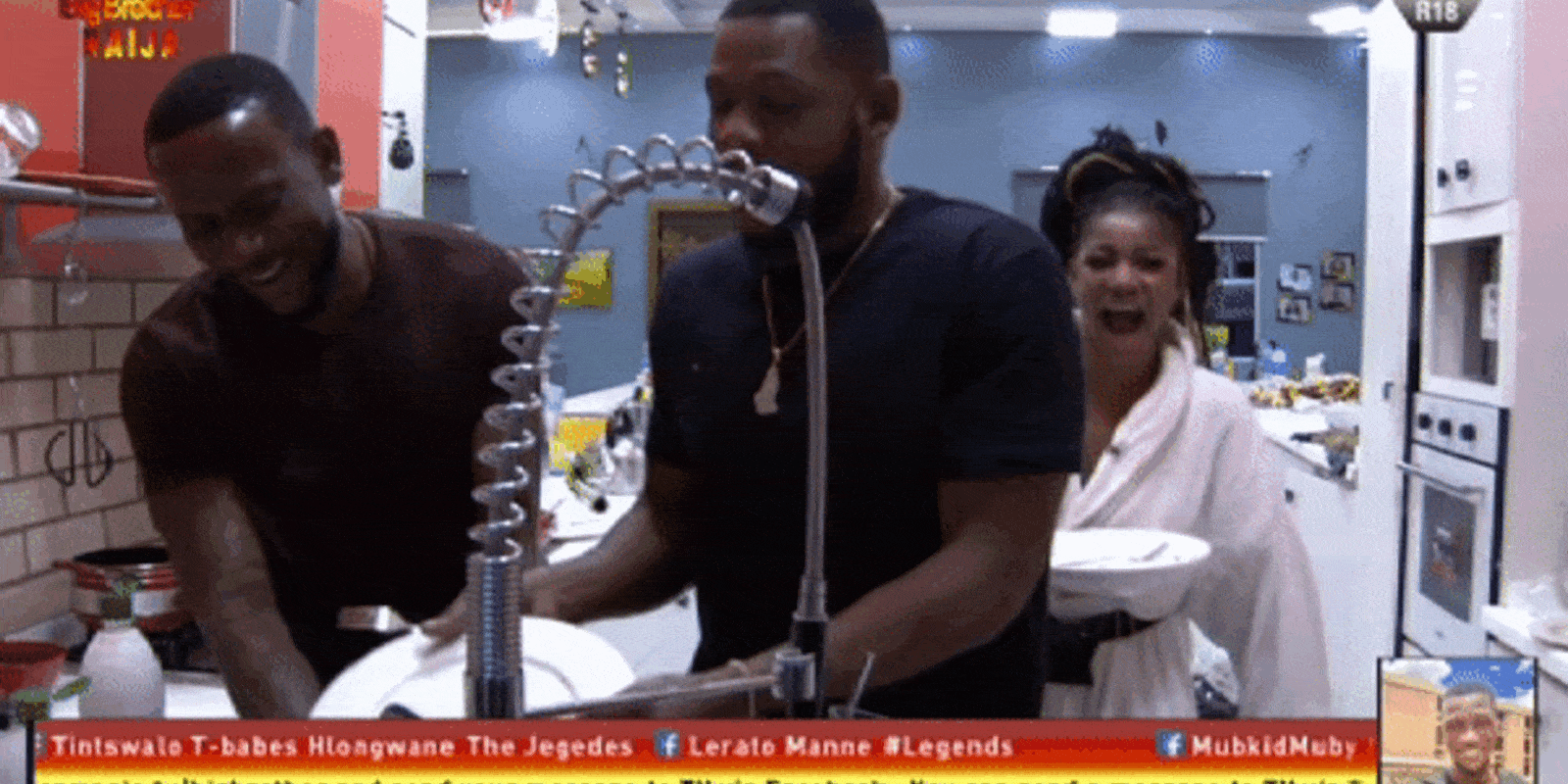 It’s day 80 in the Pepper Dem House and the Housemates are antsy, however, we can’t deny the fact that team Legends have an enviable bond in the House. Let’s see how well it’ll help them in the team Tasks ahead.

Video
BBNaija Gist: Catching up with Mr Africa – BBNaija
Ebuka has an in-depth interview over a sit down with Emmanuel, after he leaves the #BBNaija House. There is so much to pick up from the Mr. Africa’s experience in the House. To unlock exclusive behind-the-scenes #BBNaija content, watch The Buzz on Showmax.
Video
Day 27: Money talk with Biggie – BBNaija
The Housemates talk to Biggie about their participation in Tasks and the money they won or not won. Some of the geng have some catching up to do. Far from your TV? Stream #BBNaija now on the DStv App on any connected device!
News
Day 73: Late Night Gist With Team Legends
How can you develop relationships within your team while having fun at it? Let team Legends show you.
News
Day 57: Legends Are Up For Possible Eviction
At the end of the Nomination challenge, Team Legends are facing possible Eviction in the Big Brother Naija House.