News
17 September 2019
A cooking session this resulted in a bout of verbal exchange between Seyi and Tacha.
Get DStv PREMIUM

It seems the end is not nigh for Seyi and Tacha beef based on their interaction in the kicthen this morning. Here is how it went down:

We know the Pepper Dem Gang don’t joke with food. The many fights they have had were majorly because of food. So it was surprise this morning when the kitchen was overcrowded. With the way Tacha and Seyi were caught up in a grave silence as each was tending to his cooking, we saw something coming. What did not see, however, was the shape it was going to take. 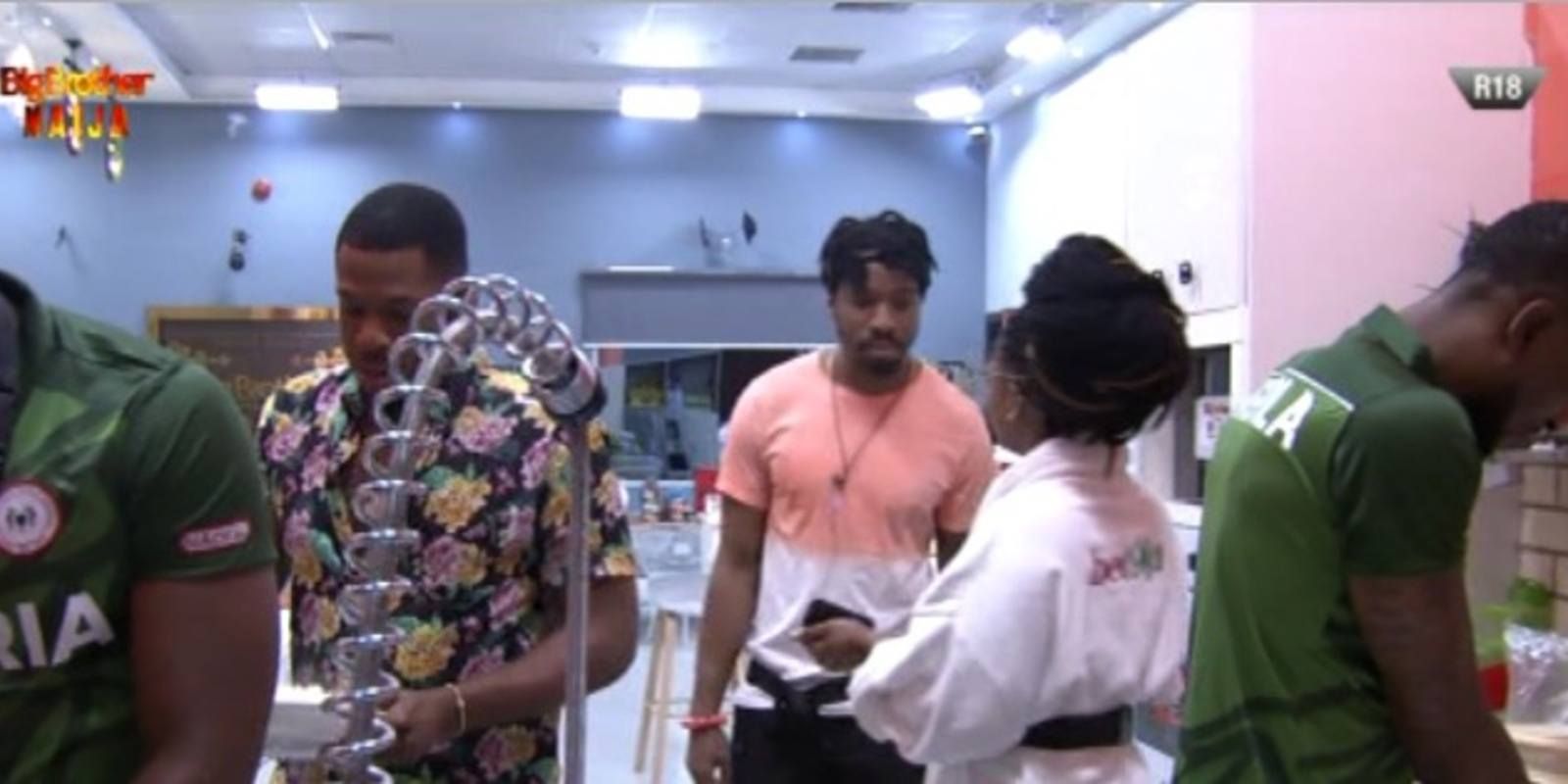 It all started with Frodd who said that people should allow him to enjoy this week in peace. This statement enraged Tacha, who did not even let him finish before asking him to refrain from referring to her. “Frodd, if you’re going to say anything, you talk to one person...don't include Tacha,” she warned. Omashola was there all along pretending nothing happened. When asked by Frodd why he remained silent, he said, “The pepper is too much for this kitchen.”

With only her amidst four men in the kitchen throwing tantrum here and there, Tacha’s only defence was her voice. While Omashola ranted on and Frodd just would not stop laughing, Seyi’s response was a provocative taunt.

In response to Tacha’s “if there is anybody who should shut up, it’s you", Seyi went on slapping his sandals on the floor chanting repeatedly, “far away, bad energy.” If you didn’t hear what he was saying, you would have thought he was trying to kill a cockroach. “They shall not spoil my week,” the resident sugar daddy went on. As if that was not enough, Frodd joined in by going into a feigned trance, saying “amen!” As this went on, Tacha did not stop describing Seyi’s drama with such peppery words as “childish” and “mofo.” 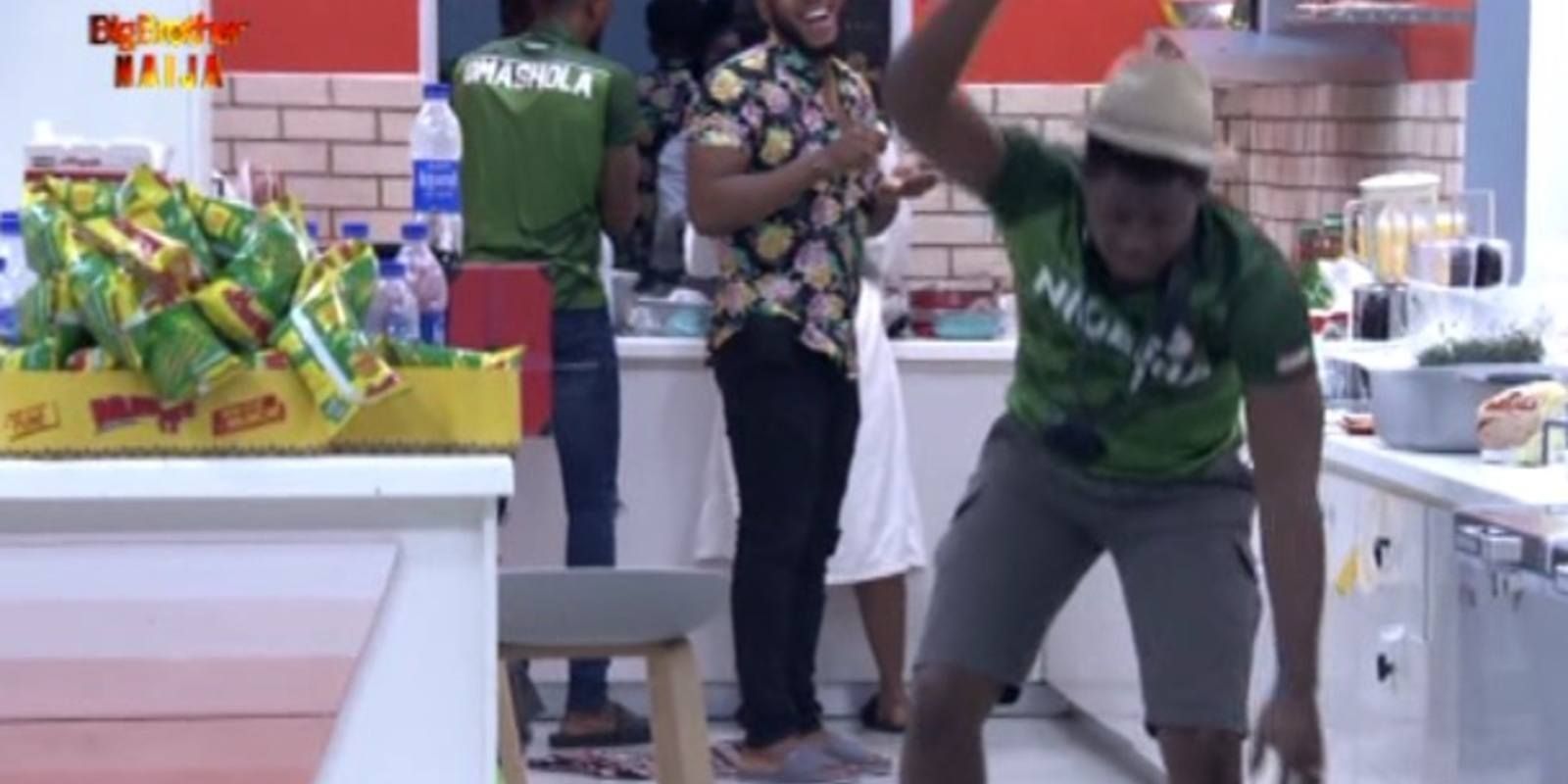 With the way Seyi and Tacha kept playing this Game of verbal exchange, we wonder if they are going to end it soon. Hopefully, they will bury the hatchet as the Game gets intense.

News
Shine Ya Eye Housemates tease us with Reunion tea – BBNaija
An exclusive first-look at the eagerly anticipated Reunion.
News
BBNaija ‘Shine Ya Eye’ Reunion Premieres June!
More drama in the BBNaija ‘Shine Ya Eye’ Reunion this June!
Video
Day 79: “Far Away, Bad Energy” Seyi
Watch Seyi’s dramatic response when Tacha’s said “if anybody should shut up, it’s you.”
Video
Biggie's Corner: “I need Seyi by my side” Tacha
Seyi and Tacha started out clearly not seeing eye to eye but their friendship has evolved after spending time together in the Secret Room.