News
14 September 2019
Summer might be over but the hints of warm weather in Biggie’s House has the Pepper Dem Gang in summer mode – and nothing says summer mode like a pool party.
Get DStv PREMIUM

When it comes to fun in the sun or should we say fun at night, the Housemates sure know how to host celebrations as well as they know how to have fun – well, thanks to Diane for being the mastermind behind this. With pool floats on deck and the finest swimsuits, here’s how the Pepper Dem Gang threw the best pool party. The anticipation even kept Twitter buzzing with the hashtag, #Diane'sPoolParty. Go, girl!

Trust the Pepper Dem ladies to come through with feisty looks whenever the need arises. From Mercy to Diane, Khafi and Cindy, the ladies kept us glued to our screens all through their party. Even the likes of Tacha and Mike who didn’t participate in the activities did not fail to pepper us with their pool wears.

Did you all see Diane on them bikini 🔥😍 #BBNajia #BBNaija #DianeSplashParty

Food and Everything Nice

The Housemates thought they had everything sorted out as they spent the afternoon preparing food and planning their party just before the Arena Games. Little did they know that Biggie knows and hears all, on this note, Big Brother provided grills, drinks and pool games for his guests. The moment he told the Housemates to stop cooking and get ready to receive his treats, the screams let us in on how excited and enthusiastic they were. Thank you, Biggie! 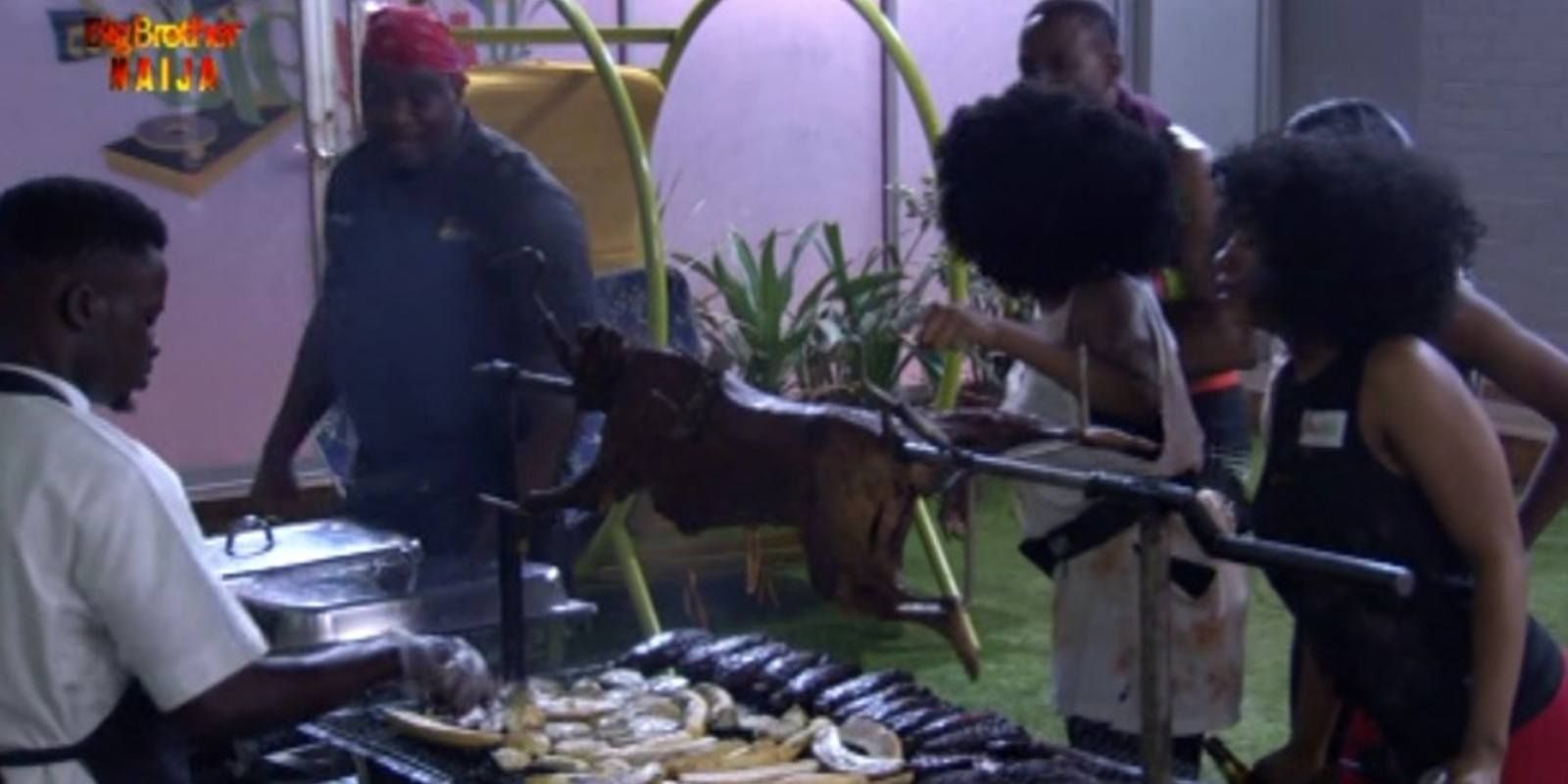 Even the viewers stayed up to turn up with the Pepper Dem Gang.

From the water guns provided by Biggie to the carefully drafted games by Diane, the Housemates had a blast at the pool, of course with the infusion of dance moves and Khafi’s popping red lipstick.

They got ready, grabbed a plate of food and with drinks in their hands, Mike, Tacha and Ike walked into the Garden and had their own private party in the “danfo” prop. As they analyzed the game and gossiped about their fellow Housemates, Ike, Elozonam, Mike and Tacha kept us entertained, even as onlookers. 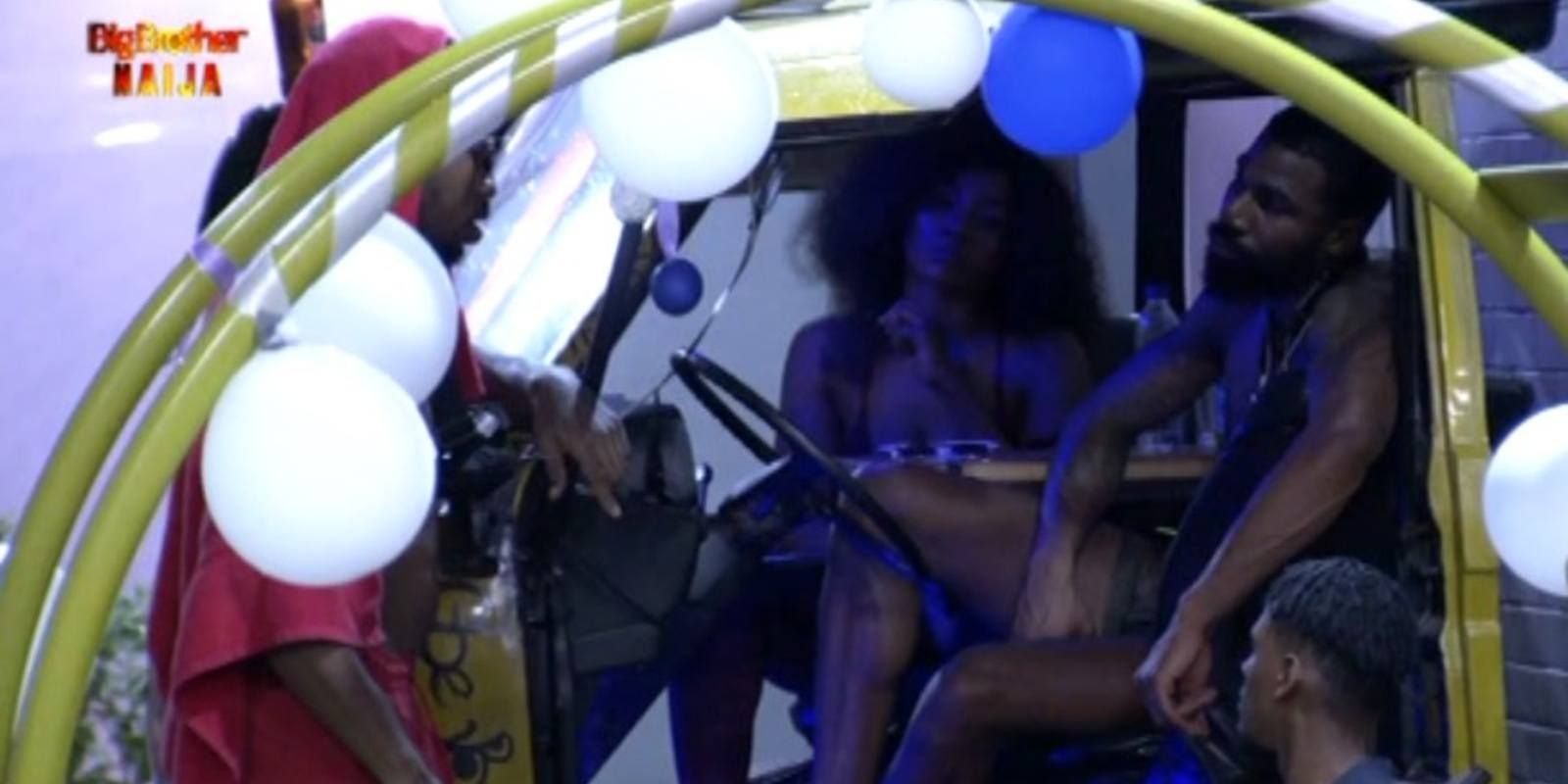 Chills In The Dialo Ship

Just before the pool party came to an end, Elozonam opened up to Tacha, Ike and Mike about how bad Diane made him feel in the relationship. According to him, Diane was making him feel stupid in front of the world with her constant mention of a certain celebrity crush, “MG”.

Although it wasn’t revealed who the initials belong to but it was quite evident how the mention of the name hurt Elozonam so much. It took the intervention of Ike, Mercy and Seyi to get the couple talking again and the moment Diane ran to the Garden to lay her head on Elozonam’s chest, it was clear that the two definitely have uncovered feelings for each other. 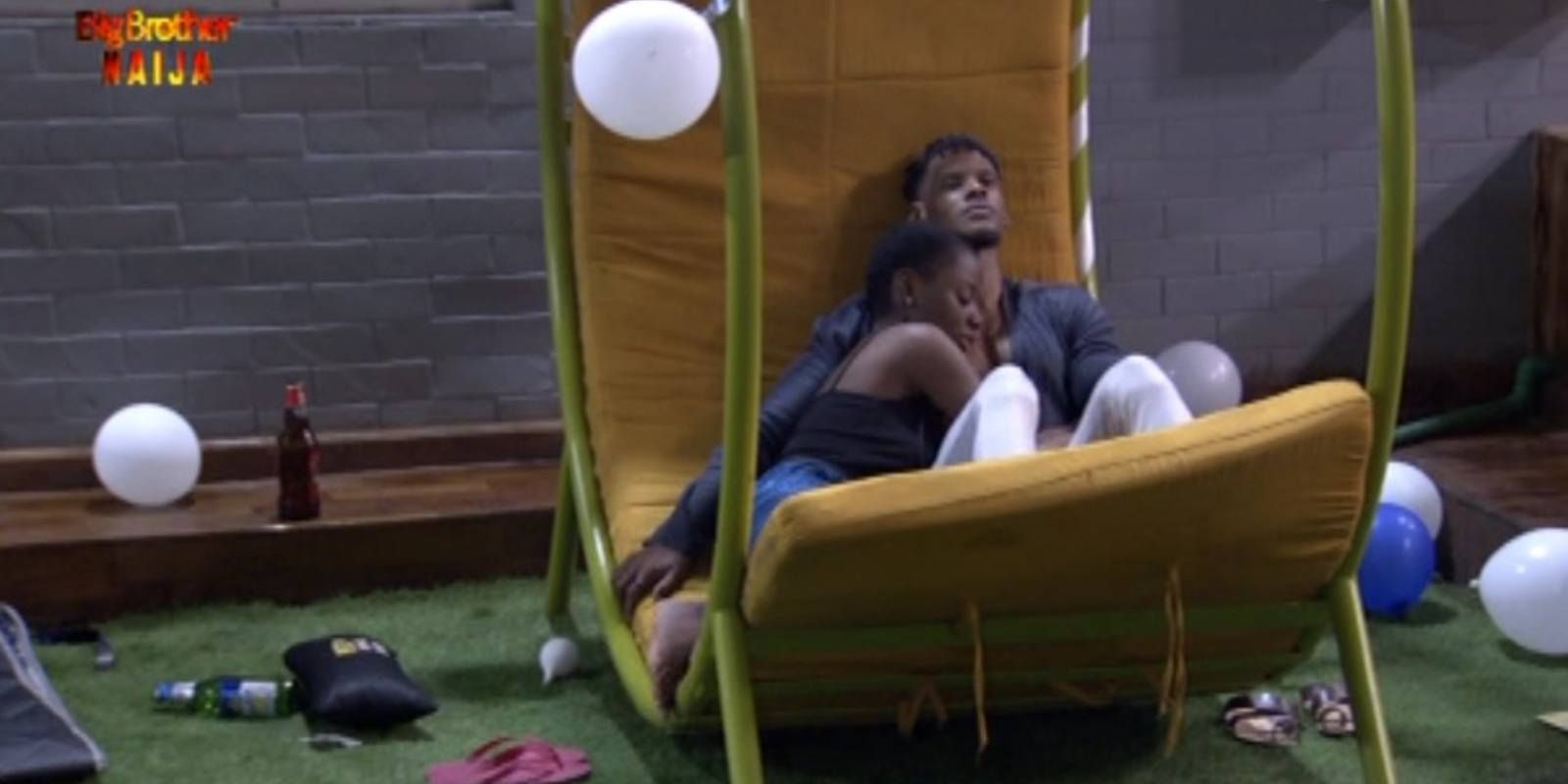 #Dialo shippers it's all good, our ship is still sailing, it was just a little storm #BBNaija pic.twitter.com/aPb2uRQls4

What a night it has been... Different emotions experienced at one go #BBNaija pic.twitter.com/hKtGNX3OWn

Will this be the end of the Dialo ship or will this seemingly big fight be the beginning of a beautiful relationship? Time will tell.

News
Day 5: Nyansh and beefcakes go splash at the first Level Up Pool Party – BBNaija
Whether it's the nyansh jiggling or the beefcakes flexing, the first Level Up Pool Party brought it with absolutely no contest.
Video
Day 71: Finale Party dey choke – BBNaija
Former Level Up Housemates came correct with their drop for the last Saturday Night Party of Season 7. From mon chéri Diana’s vibrant red look to Hermes’ socially conscious Agbada, they all dazzled in looks that would make any Nigerian proud.
Gallery
Party time in Biggie's House
When the second time to party in Big Brother Naija came about, the Housemates made it a night to remember!
Gallery
Day 43: Saturday Night Party Owambe Style – BBNaija
The BBNaija geng had an Owambe themed Saturday Night Party with DJ Dayzee and DJ Shawn.