News
12 April 2018
After what seemed like an eternity of going back and forth, Mina finally threw the tension out the window and made peace.
Get DStv PREMIUM

After the Task festivities, things took a bit of a turn and the slope went slippery when Alex decided to put on her good friend cloak and confronted Nina about her ‘post-breakup’ behaviour. She mentioned that Miracle was in fact hurt by all that has happened, but simply found solace in the company of the rest of the Housemates. With Nina’s new found stubbornness however, it all went south real quick. 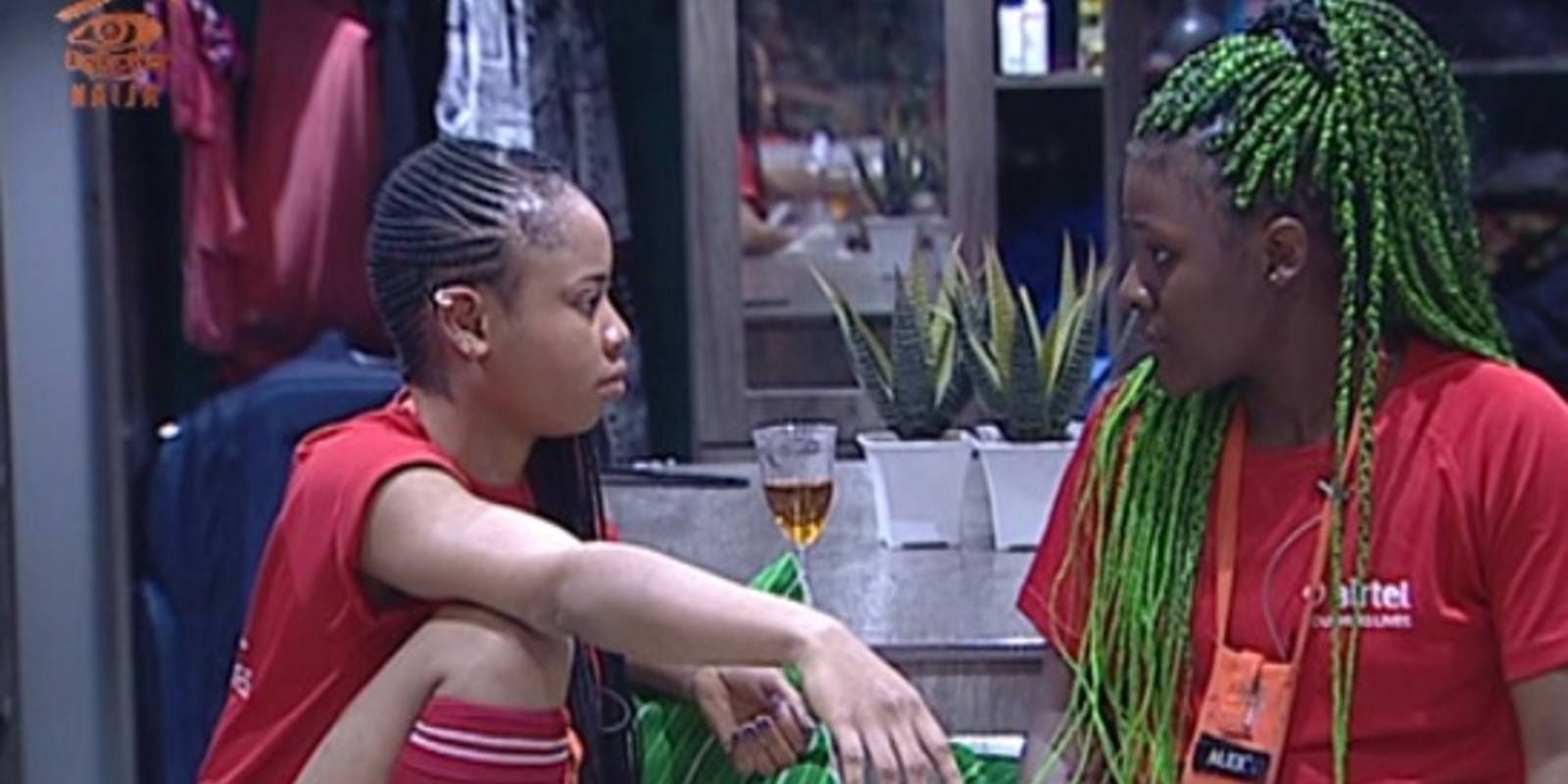 Seeing as Nina refused to initiate their peace making process, Alex decided to play mediator and true enough, convinced a very minimally interested Miracle to engage and hear Nina out. The festivities took place in the confined bathroom space that only seemed to get smaller as the tension between the not so former lovebirds grew. It was pretty clear that Nina was adamant in her pursuit for sentimental justice and despite having a rather messy approach, she managed to put her point across, displaying the ‘not no naïve’ side to her and in not so many words, letting Miracle know that she was close to not caring anymore.

Miracle on the other hand had enough calm for the both them and even though he looked confused and rather uninterested for more than half the time, he managed to get his very well-articulated point across and explained how he drew his conclusions.  He confirmed what Alex had said about him taking an emotional knock thanks to her ‘bff’ reference but deciding against self-pity and isolation.

Through the rolling of eyes and having almost the entire House as jury in this specialised court session, Miracle and Nina’s apologies followed the oath-taking format as per the mediators Anto, Alex and Tobi and after a while of verbal pushing, pulling and shoving, love won, low-key though.
The winds of forgiveness seem to have blown about overnight because unlike last night when the two refused to even seal their apologies with a handshake, today saw them locking hands, call it morning glory. Mina is back!

Cee-C, Lolu, Khloe, Miracle and Anto are up for Eviction. Vote for your favourite Housemate here or via SMS. Voting closes on Thursday 12 April at 21:00 WAT. Big Brother Naija is proudly sponsored by Payporte, and is available on all DStv packages, and on GOtv Max and GOtv Plus. For more information on Big Brother Double Wahala follow us on YouTube, Instagram, Twitter and Facebook.

Video
Day 62: Ugh, those feels again – BBNaija
Housemates share their feelings about being close to the final week of #BBNaija. From uncertainty to excitement it's a mixed bag of emotions in the House.
Video
Day 47: The most loved accents – BBNaija
Once again, Pere and Cross rave about the way ladies in America love to hear them speak with a British accent. Catch more drama and more action from the #BBNaija House LIVE on DStv Channel 198.
Video
Day 12: The 'ship won't sail
When it come to winning your beloved's heart, it's never an easy task. Our friend Laycon learned that his wishes to 'ship Erica is more of a pipe dream than a reality.
Video
Day 5: On a quest to sail
From Neo and Vee teasing each other to Erica finding comfort in Kiddwaya's soothing words and Ozo and Dorathy not finding an amicable solution to their conundrum, the #BBNaija ships might be in for an unsteady future.