After weeks of heavily demanding challenges - that’s of course according to the Housemates themselves - it looks like Big Brother decided to change the narrative just a little bit and took it easy on the Housemates.

The bouncy course consisted of four kindergarten-level challenges: climbing over, through and below inflatable barriers, throwing lasso balls with the aim of suspending them on a pole, placing stickers on air-founded pillars and lastly, kettlebell hopping to the finish line. This was by far the lightest load the Housemates have ever had to carry for the Million Naira piggy bank that was earned by Miracle, compounding his account for the second consecutive time. 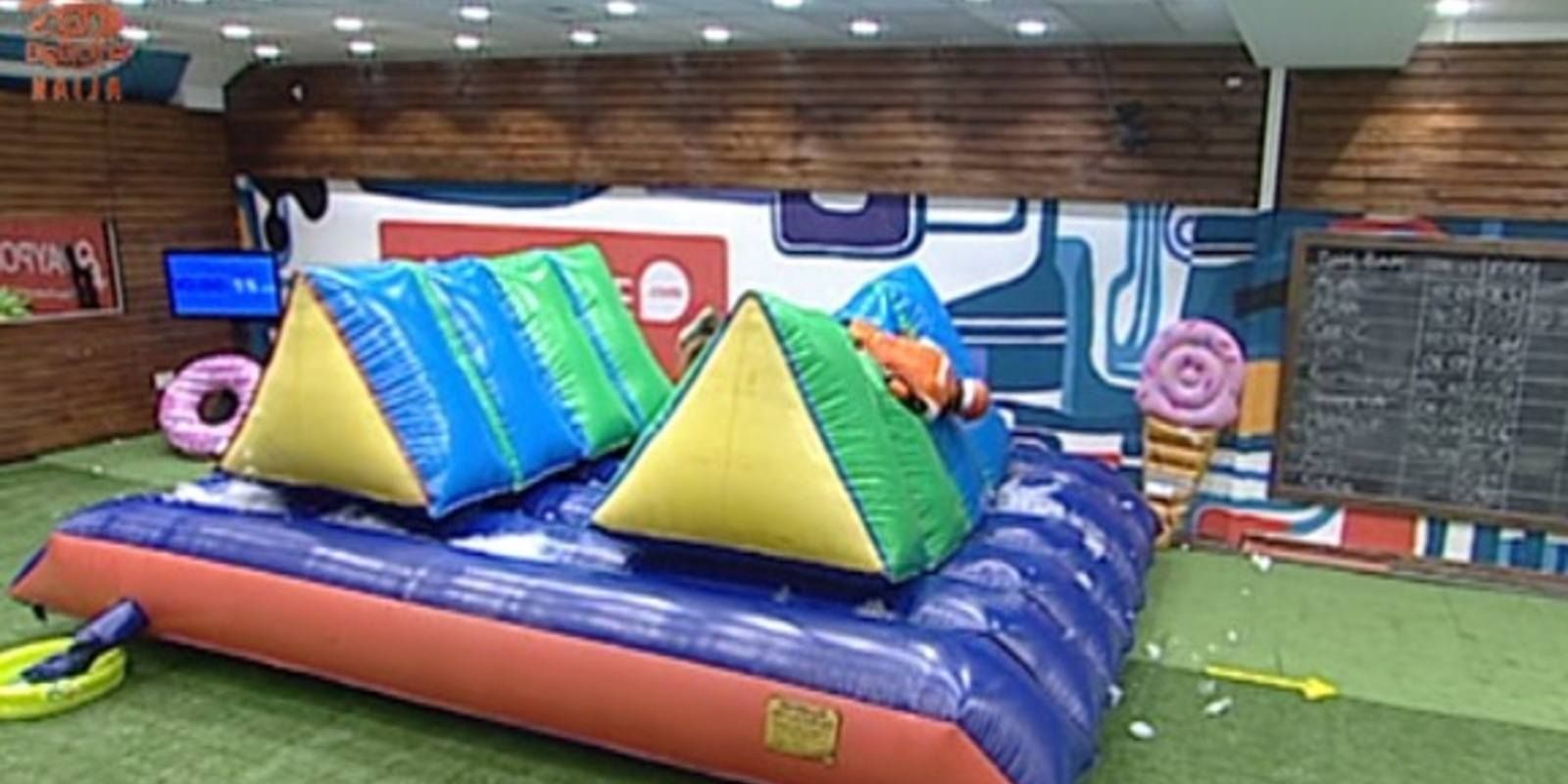 Biggie might have lightened the load in terms of the challenges themselves but he’s certainly been consistent with his post-win niceties. Following last week’s pizza-platters and topping-filled ice creams that the Housemates had been requesting for a while, the man waved his wand once again and made their box office dreams come true.

After a rather dry morning of napping, the Housemates woke up to good news. Miracle’s efforts certainly bore good fruits and saw the Housemates enjoying a two hour long blockblaster movie, Isoken, courtesy of Africa Magic and Tribe 85 Productions, in the popcorn, donuts and slush decorated Arena. This was another one of the Housemates long overdue requests, so one can imagine the amount of excitement that swept through the House.

Needless to say, it was two hours of pure bliss and unwinding. It definitely pays to win, na so?!

Video
Day 69: The cheeky words – BBNaija
Pere's English bundles get depleted as he struggles with his words and we can't help but love the way the Housemates come to the rescue.
Video
Day 69: The last Friday Task – BBNaija
Housemates took on a thrilling Abeg Task that tapped into their creativity – from creating a jingle to testing their sense of style.
Video
Day 69: Wrap Up – A Win For Every Housemate
From spicing up meals for Don Jazzy to winning five million naira, the Pepper Dem Gang had a day like no other which was celebrated on the dance floor of the Saturday Night Party.
Video
Performance niceties – 53 Extra
Mawuli engages our guest on all things performances and unending gig invites