News
05 March 2018
Bambam bags her very first win and it happens to come with immunity.
Get DStv PREMIUM

As always, the HoH Challenge was relatively easy. So unbiased that it was literally any one’s game. Leo, Tobi, Bambam and Alex were able to balance for their lives and earned a push in the right direction however, Bambam proved to be the queen of grease because she managed to ball out and ball up, bagging Bamco the coveted HoH title. 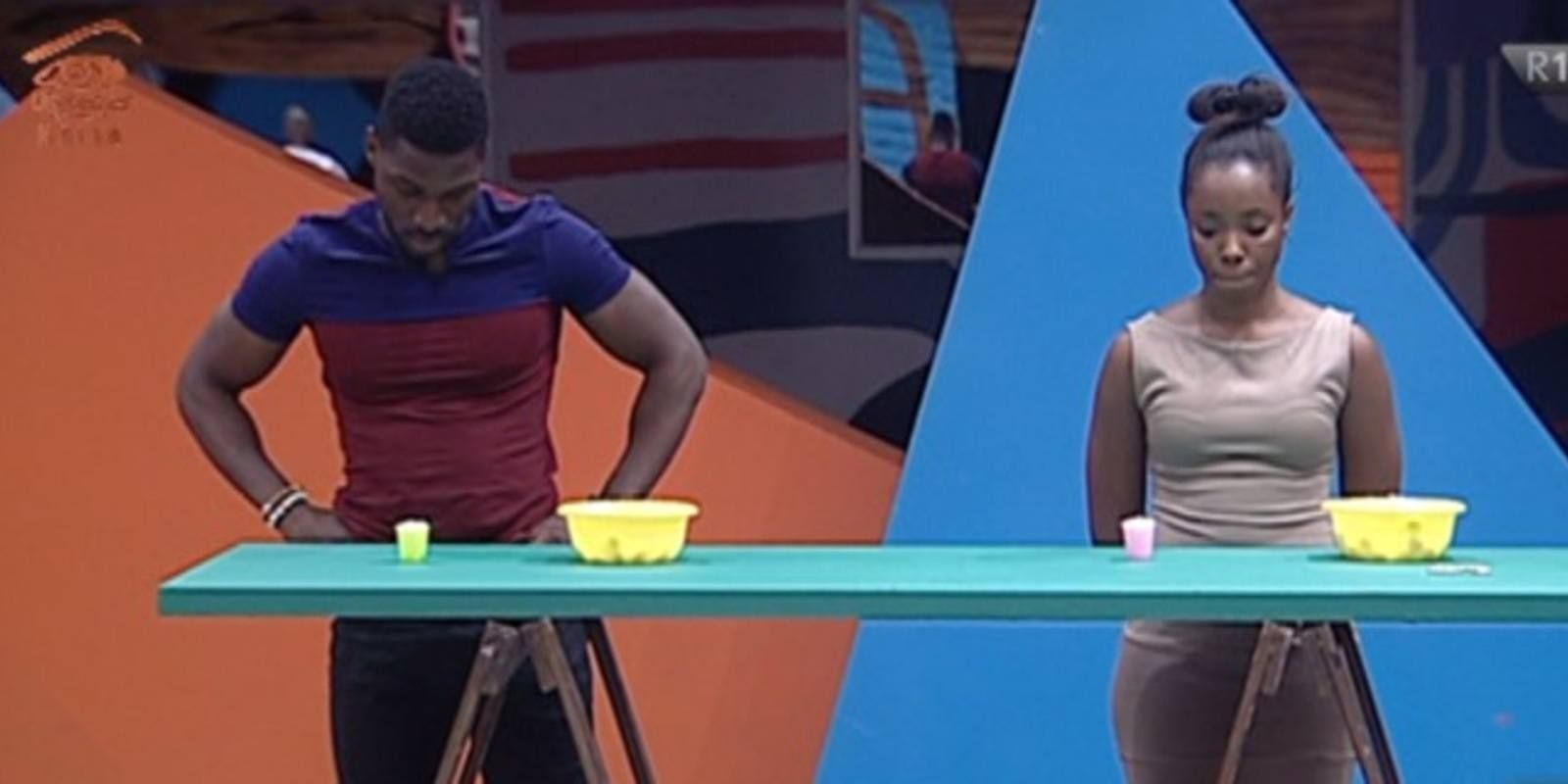 The initial stages of the HoH marathon were pretty straight forward and somewhat self-explanatory. Similar to last week’s parade, both the demographics were equally represented and it could have gone both ways really; girl power and boys being just that, boys.

The Storm Before The Calm

This time around, the objective was to use their petroleum jelly greased noses to collect cotton balls from one bowl and deposit them into another without the aid of their other body parts. Bambam’s efforts saw her tally an impressive twenty balls, a whole five balls more than her nearest competition, Leo and Alex who tied at fifteen; bagging her very first victory and of course, the high chair. 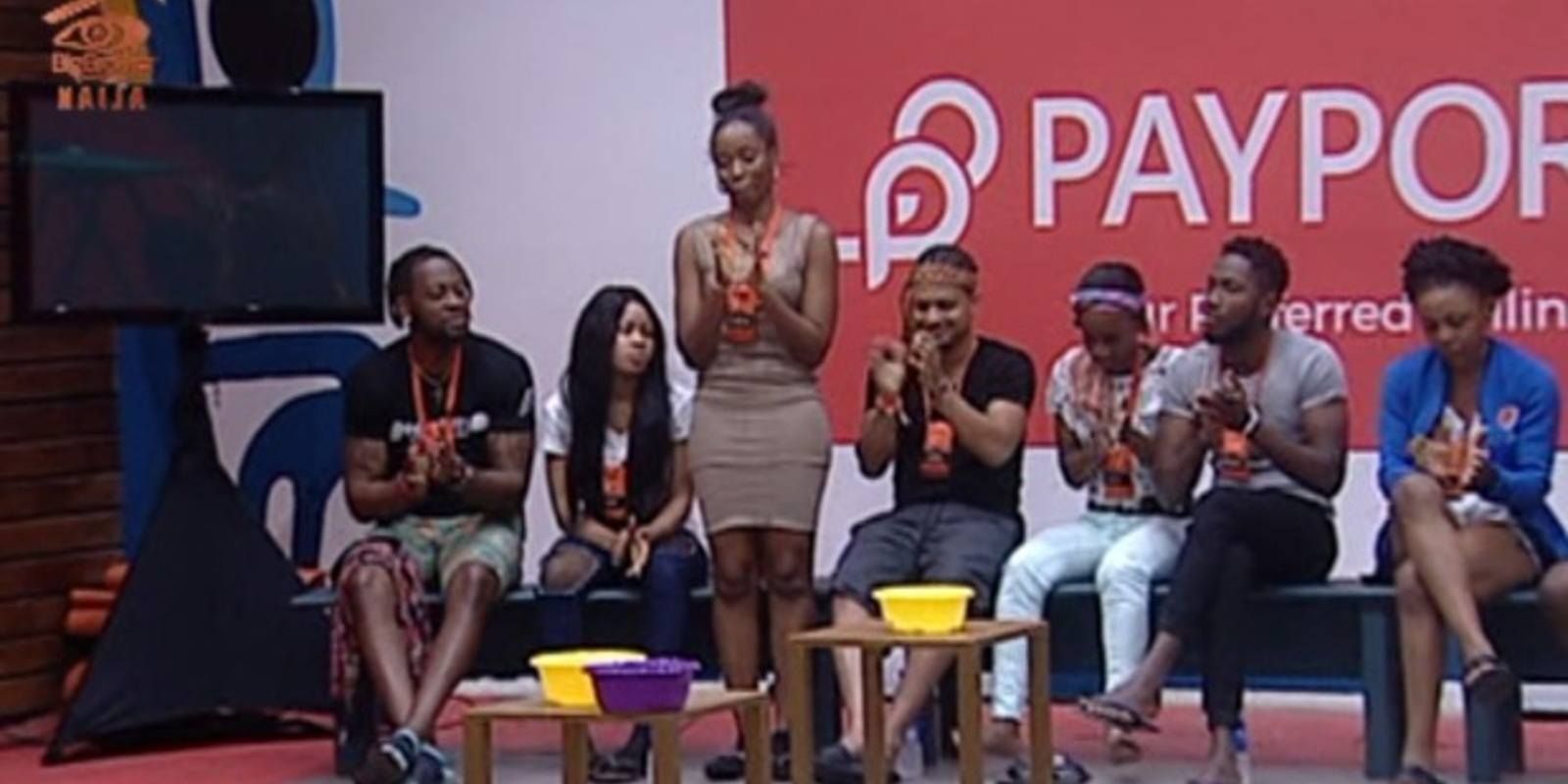 The games have certainly just begun for her and Rico. Even after being fed a serving of relief by Tolex (Tobi and Alex) last week, it won’t come as a surprise if they return the save and replace favour by Nominating them (Tolex) and crossing fingers for their eventual Eviction. After all, this is a game and participants are to strategize accordingly. Bambam has had a relatively kind approach in her Nominations as her reasons were less vindictive and more on the ‘current affairs’ tip; looking at what Housemates had to offer in the House. Now however, it seems like the title that sits on her lap has brought a lot of changes with it. Her post HoH win conversation with Rico Swavey proves this by shedding some light on what a potential danger she really is.

As the dynamics change, the lenses through which she views the game change along with it after tonight, we’ll be able to see who the friends and foes are. Do you think this HoH win will change Bambam's strategy.

Lifu, Ceelo, Tolex and Mito are up for Eviction. Vote for your favourite pair here or via SMS. Voting closes on Thursday 8 March at 21:00 WAT.  Big Brother Naija is proudly sponsored by Payporte, and is available on all DStv packages, and on GOtv Max and GOtv Plus. For more information on Big Brother Double Wahala follow us on YouTube, Instagram, Twitter and Facebook.

Video
Friendship at the crossroad – BBNaija
Angel claims her friendship with Cross was only beneficial to one party. Cross, on the other hand, believes it is because she made it difficult for them to maintain their friendship.
Video
Who blocked who? – BBNaija
Whitemoney and Queen explain the miscommunication that prevented them from shipping after leaving Biggie’s House.
News
Day 31: Choose your gossip gang
Amebo is always sweet but have you tried gossiping with your partner? It’s sweeter abeg!
News
Meet the Newest Members of the Pepper Dem Gang
If you doubted the Pepper Dem House getting hotter, you are in for a shock as the Pepper Dem House welcomes two new Housemates!