News
19 February 2018
The pair reshuffling pulled the rug from under the Housemates' feet and left them groundless.
Get DStv PREMIUM

Big Brother certainly serves more drama than the Ohafia and Abiriba village Housewives put together and he’s proven his culinary skills countless times. These new pairs however, best dish yet. 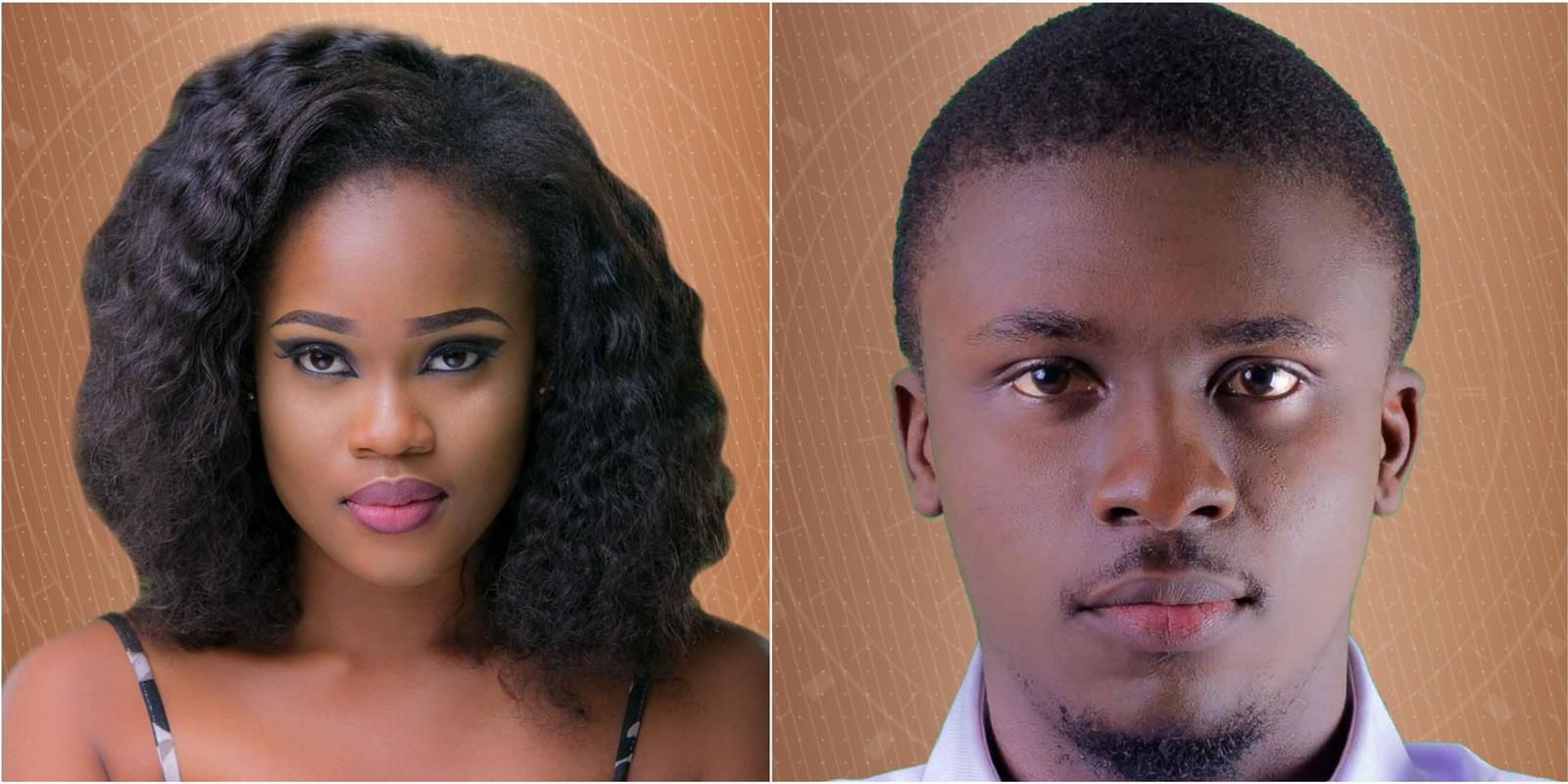 Cee-C and Lolu got to feel the stings of these unlikely pairs just as Biggie announced his Wager verdict. It was certainly a bitter-sweet moment for the duo whose fate was dully announced right there and then, supressing the celebratory mood just a few feet away. Although they’d hoped Biggie would lift this cloud away and have them return to their original pairs, the oga had a differently sized pepper in his bag of tricks. He let it rain again as the Housemates awaited the new pairing. 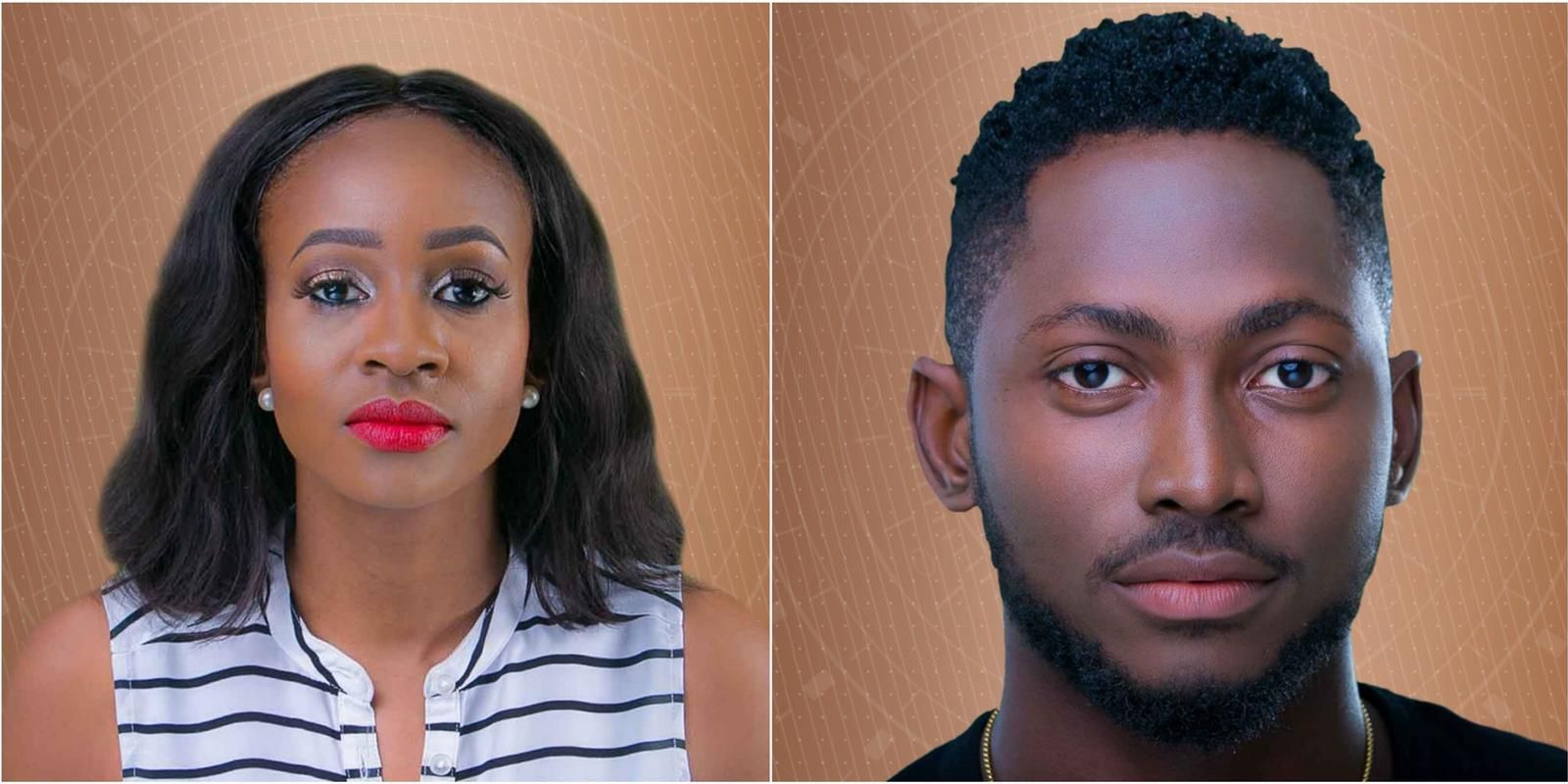 Miracle had us feeling some type of way when he chose Anto and walked away smiling, while Nina floated away in the empty vacuum of her thoughts, seeing her bae being dragged away from their little paradise. Except, he’s the one that did the dragging. The dynamics didn’t change much for neutral old Anto who’s proven that she’s all about the game and would therefore play it with whoever she had on her team. 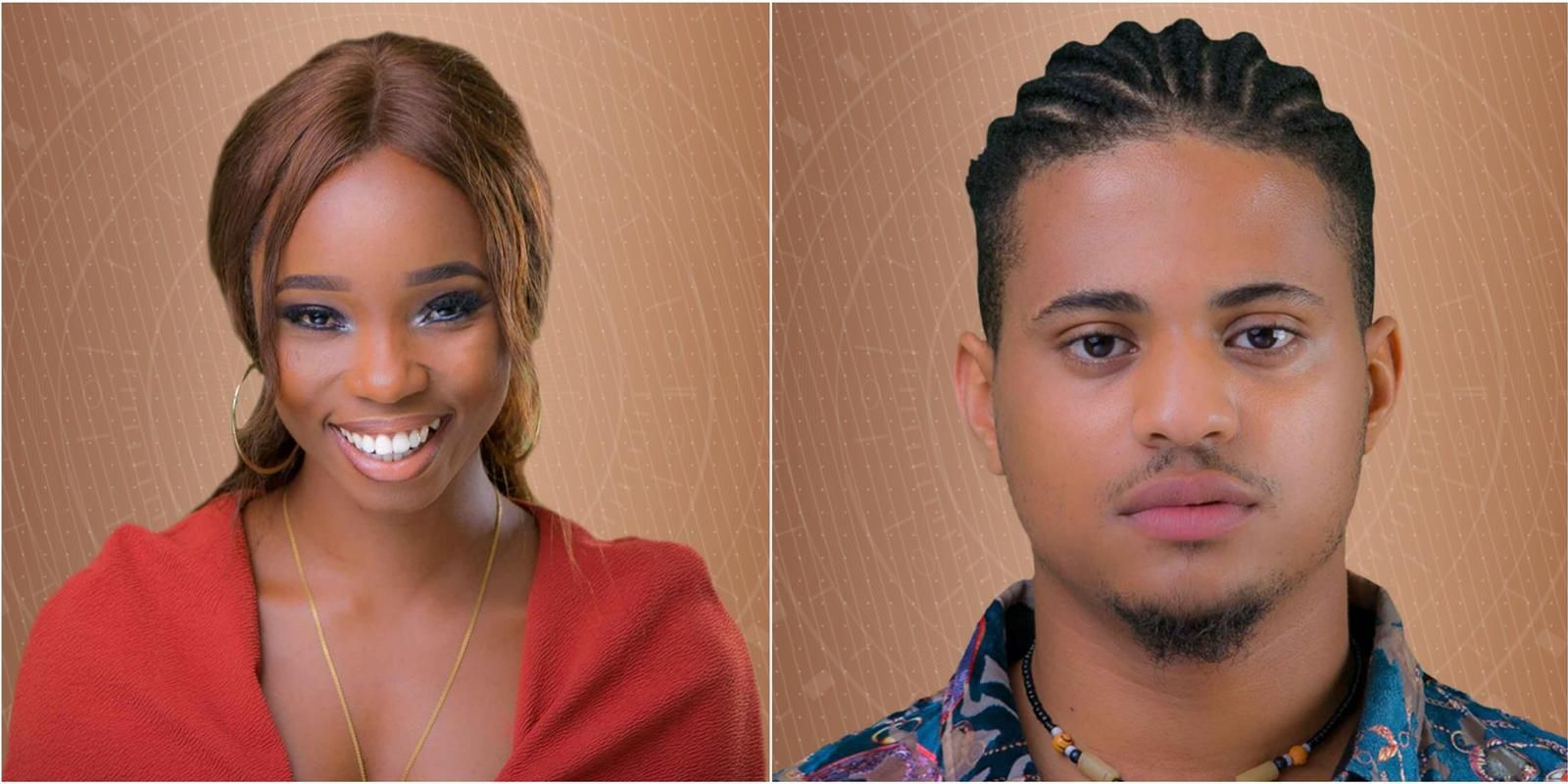 These newly painted walls had Bambam lowkey wailing like she did yesterday when all she could inhale was the stench of Eviction left by Van-Dee and Prito. She obviously couldn’t imagine herself walking a few metres without Teddy A nailed to her hip. Rico Swavey quickly popped that little balloon and she obliged. This might not be as bad as seems though because if you recall, the two had a vibe about them and this might just have them rekindle it.

The Ahneeka and Angel pair just had us silently reciting the ‘Roses are red’ poem and hearing distant wedding bells. Angel swept the girl off her feet and she flew right into his hands, maybe happy that she was actually someone’s first choice and not paired by default. Need we remind you of the Dee-One rejection? After all, Angel has been making advances, like literally manufacturing the advances because even if she had to slap him with it, Angel wouldn’t take a no for an answer. Jumbo borrowed us his trunk and we smell romance.

Judging by the amount of ‘hate’ Cebi has been served, Tobi, although very into Cee-C seemed to let out a sigh of relief when the Cee-C/Lolu pair was announced as indefinite. His natural bounce gave him away and we wouldn’t be surprised if he later apologises to Cee-C for looking ‘excited’ about being paired to Alex. However, he seems to have separated his individual game from their ‘relationship’. Alex was a bit reluctant but slapped Tobi with the ‘yes I will’ rose anyway. 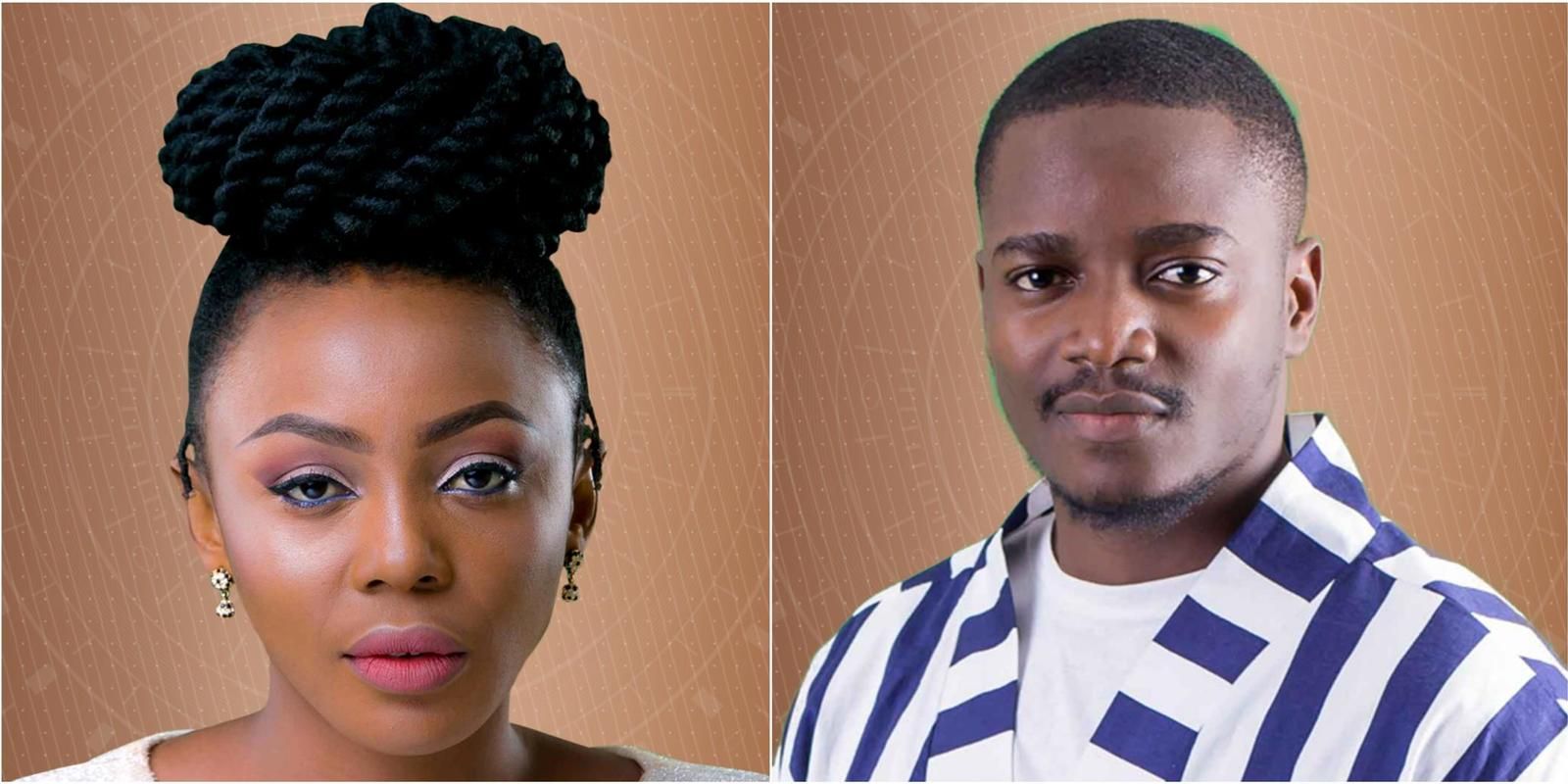 To put it plainly, Leo had no choice but to go for Ifu Ennada as it was either than or roll with half of camp Mina. He’s mentioned how weak Nina was in a couple of diary session and picking her would have been equivalent to bombing his own ‘credibility’. Ifu Ennada went along with the direction of the wind and accepted Leo as her strategic partner with zero signs of resistance or regret. The conversation they had later showed just how much more she's invested in the Game.

Nina and Teddy A (Tena) 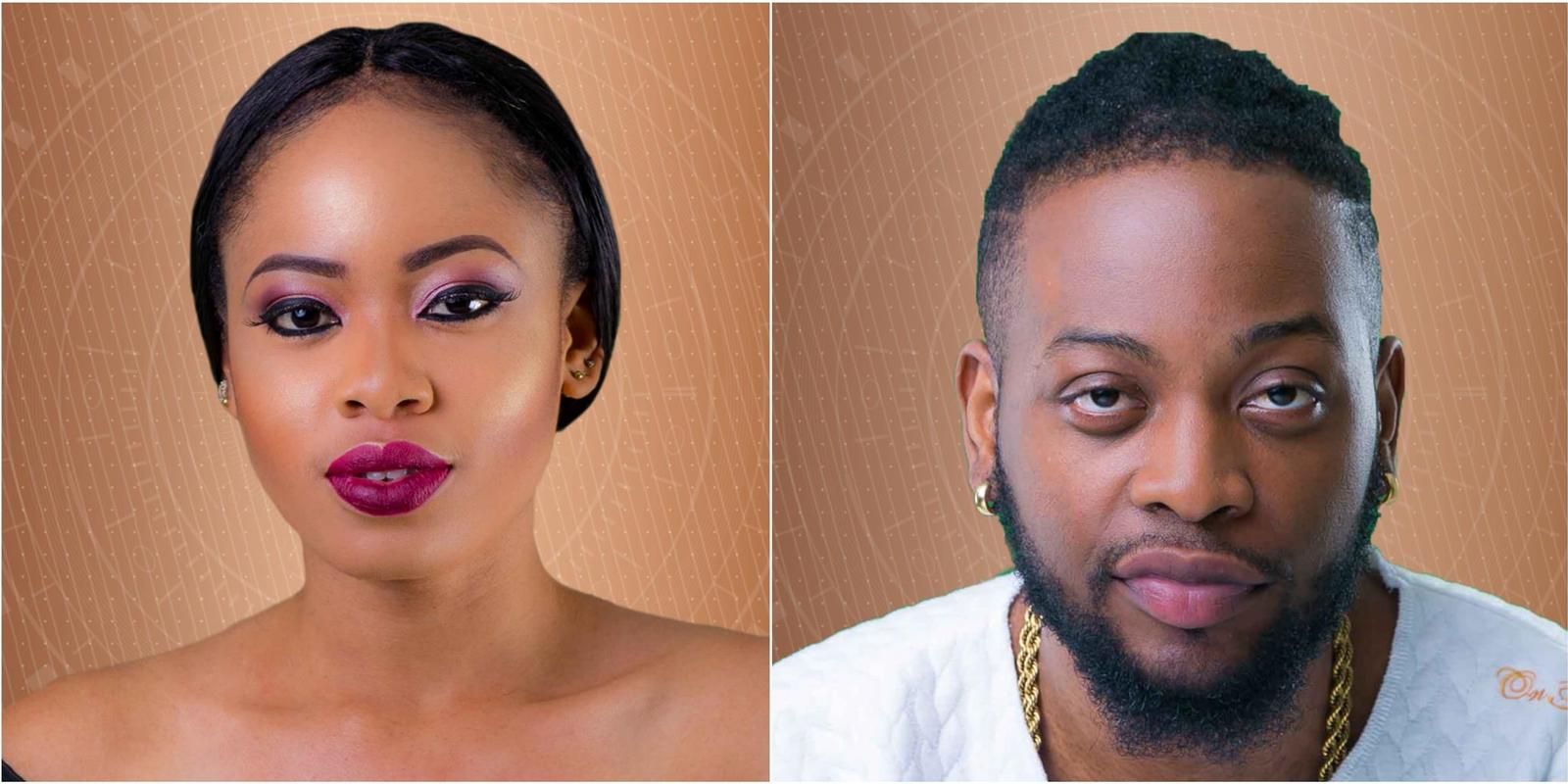 As fate would have it, Teddy A and Nina were paired by default. This left us somewhat indifferent because judging by the way he dully described his relationship with Bambam as ‘strictly' game related and completely disconnected from his actual reality, Teddy A might have been caught off guard by his subsequent pairing with Nina, but he certainly isn’t that worried about being away from Bambam. Nina however seems completely devastated by the reshuffles. It maks us all wonder what her ‘bounce back’ strategy is, if she has one.

It's pretty obvious that this new pairing has distabalised the Housemates' individual games and brought about a certain degree of discomfort. Adding salt to the wound already badly infected by last night's double Eviction. It certainly will be difficult to adjust. Will the romance sparked from the previous pairings still ignite glowing splinters or have they also been dissolved?

News
Day 9: An emotional rollercoster for the Level 1 Housemates – BBNaija
Tempers flare and friendships are on the rocks.
Video
Live Show 4 - 7 Aug: Christy O’s Big Brother Naija journey ends – BBNaija
The self-proclaimed shy girl, Christy O, slowly came out of her shell as her journey progressed in the Big Brother Naija House. She made an impression on Pharmsavi the pharmacist from Day 1, and the two continued to get closer daily. She engaged in a couple of altercations but has maintained her demeanour throughout.
Video
Day 28: Queen’s situationship woes – BBNaija
Queen sits down with Sammie in attempts to sort out her situationship with Boma and Whitemoney.
News
Day 38: A Pepsi musical rehearsal
With Pepsi bottles in their hands and stunning shades on, the Lockdown geng got ready to turn up