News
21 September 2019
You think the Pepper Dem Gang are savages? They merely adopted the savagery. Biggie was born in it, moulded by it...
Get DStv PREMIUM

You are probably wondering why Biggie ever needed to go savage on the Housemates. No reason really. He is Biggie, this is House and he can do and say as he pleases. In all fairness though, he has been quite the benevolent Big Brother. Fond of giving out treats, granting Housemates their requests and offering sound advice just because that's who he is - the ever-doting Big Brother.

But like all Big Brothers, there comes a time when they get crossed and they go from being the loving one to the mean one. Biggie isn't too different and every time he has gone from being the Big Brother to the mean one, it has been nothing short of savage. It’s never been his fault for going savage. Have you met the Pepper Dem Gang? They specialise in pushing buttons till they come off. They are not only serving each other and we included pepper; for some reason, they got it into their heads that they should serve Biggie some too. Wrong move dears. Wrong move! They picked on the wrong candidate.

Whether in the Diary Room, during Wager Task presentation or Friday Night Arena Games, Biggie has never hesitated to hand their asses to them in the most savage of manners.

The Curious Case of Nelsioma

Before Nelson got Evicted, he was able to introduce his alter ego to the world - a lady with blond hair, thick black beard, broad shoulders and a raspy voice. We called her Nelsioma. So daring was this lady that she strutted around the House like she owned it. She even took it further and matched into the Diary Room to get acquainted with Biggie. A bemused Biggie found her entertaining, but he didn’t let her leave without a savage remark. “Oh Nelson, if you want to go blond, go all the way,” he said, referring to the thick black beard she had on. 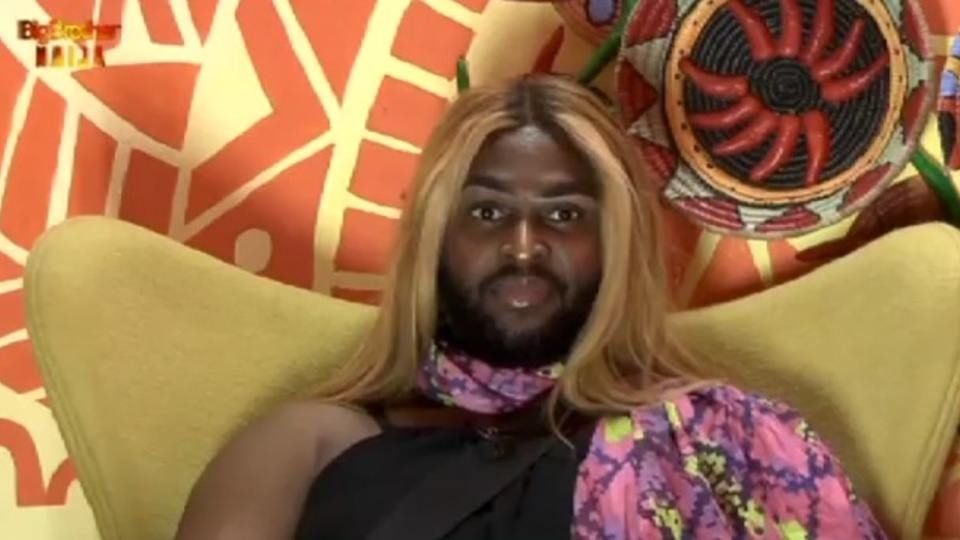 The benevolent Biggie decided to ask the Housemates to make a wish for something they’d like and of course, they all made outlandish requests, but one particular Housemate stood out. Not only did Seyi test Biggies limit by asking for the Head of House position for four weeks straight, he was eager to go on with his demands when Biggie asked if he would like two more wishes. To which Biggie replied to his utter dismay, “surely you aren’t taking this seriously?” 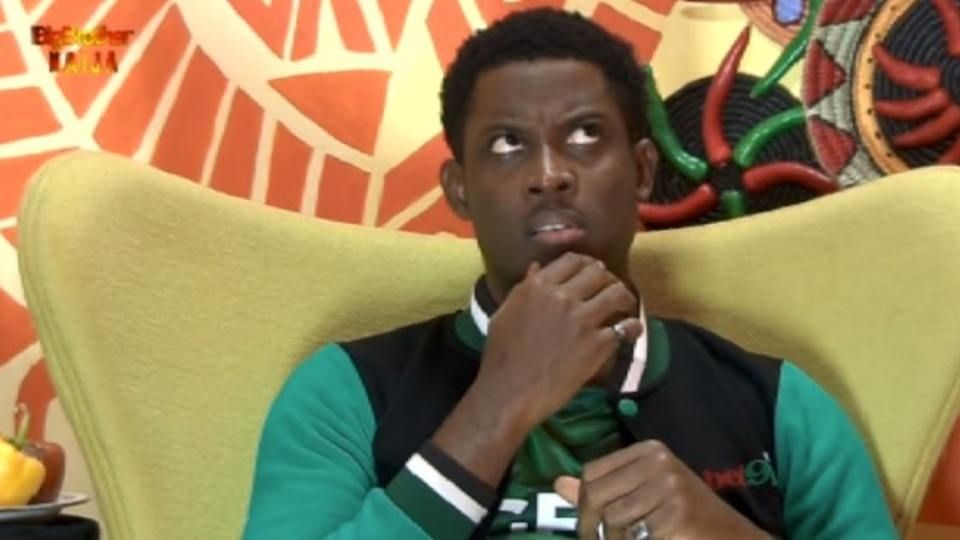 Biggie’s savage responses don’t end in the Diary Room. The Arena Games is one of his favourite events to dish out the meanest of Savage responses and no one is spared.

“You get a savage response.”

“You get a savage response.”

“Everybody gets a savage response.”

It was one of those “What are those?!” moments when Biggie took time out to pick on Frodd’s choice of shoes for the Friday Night Arena Games. Although he called them “Nice shoes”, it wasn’t hard to tell he meant the complete opposite. Frodd did take it well. What was he going to do? Fight Biggie? 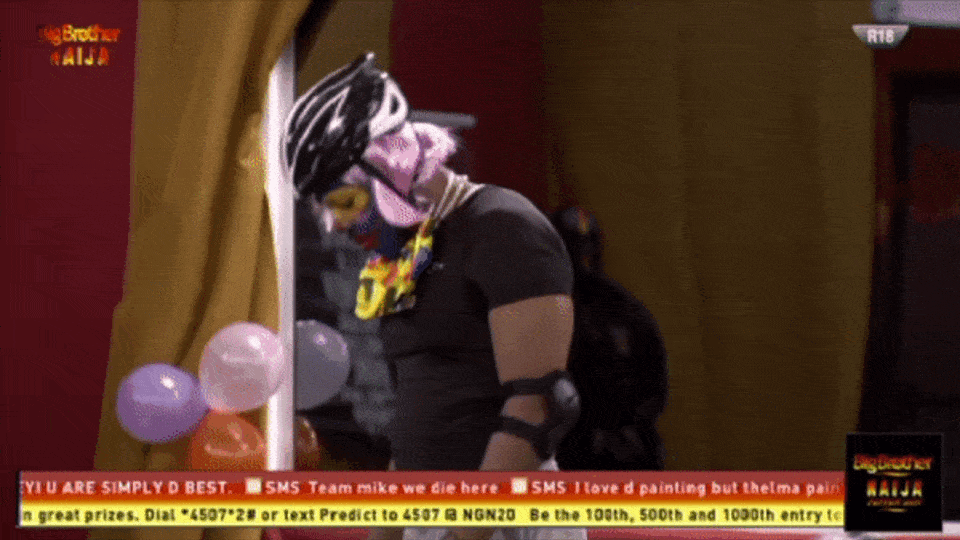 What better time to clown the Housemates than when they are dressed as clowns? It was too good a moment to pass by.

“Let’s discuss the monstrosity you all are wearing. Diane… Esther, would you like to point out what horrid Housemates are responsible for your looks.”

What really made it more amusing was the Housemates responsible spent hours painting those faces and they thought they good job. Way to burst their bubbles, Biggie. 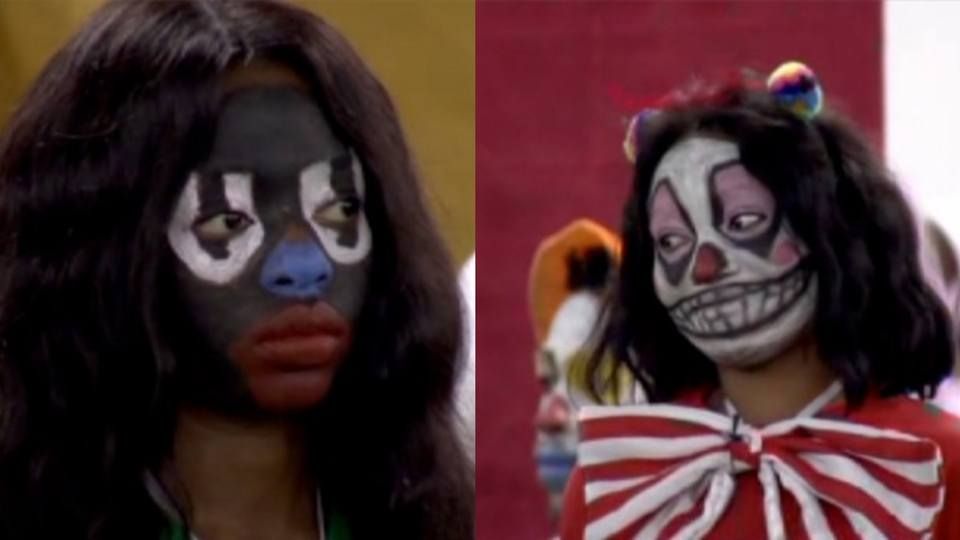 What was supposed to be a week for the act of kindness and fun soon turned into one of savagery and the Pepper Dem gang were entirely to blame.

“…You seem to have spent the rest of the week a little bit selfish with endless bickering and fights. Interesting way to spend the week named act of kindness and fun,” Biggie said to the Housemates.

That act ended up costing them three personal items and 20 Bet9ja coins to participate in the Arena Games.

Some For The Ninjas

Even the Big Brother’s Ninjas weren’t exempted from Biggie’s savagery.

First, it was the Ninja who wasn’t sure if he was holding up a ‘7’ or ‘L’, to which Biggie savagely replied, “It doesn’t matter if it’s a 7 or an L, it’s incorrect.

Then there was the Ninja who was asked to demonstrate a task for the Friday Night Arena Games but ended up struggling with it. Something Biggie frowned upon and didn’t hesitate to let him know.

“Ninja, you are making us all look bad.”

He wasn’t just done yet; he threw in another.

“Apparently, the Housemates aren’t the only people who need target practice” 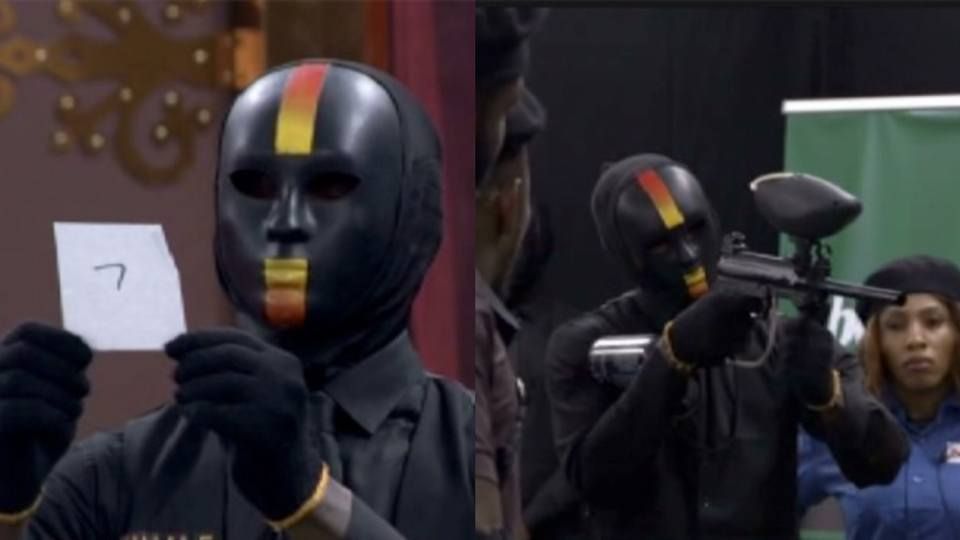 We could go on for days about how Biggie dished out the savage bites to the Housemates, but the way things are, we fear we might be his next target and we very much don’t want to be on Biggie’s savage radar.

Check Out Some of Biggie's Savage Moments

Video
Who blocked who? – BBNaija
Whitemoney and Queen explain the miscommunication that prevented them from shipping after leaving Biggie’s House.
Video
EmmaRose explain their separation – BBNaija
Liquorose and Emmanuel explain how their relationship came crashing down after they left Biggie's House.
Video
Biggie's Corner: Uncovering Savage Mike
We’ve had some interesting moments with Mike revealing his savage side to the Pepper Dem Gang. From his dramatic responses to his petty sessions, it’s been an exciting journey uncovering Mike’s savagery in Biggie’s House.
Video
Biggie’s Corner: But Biggie Can Be Savage, Sha!
There have been many moments where Biggie goes out of his way to remind Housemates whose house they’re in and when he does, it’s usually savage. Take a look at some of them.