What kept #AMJemeji trending all week!

News
15 June 2017
We're sure Senami never expected the madness that awaited her in Aji but it's made for some great viewing!
Subscribe to Watch

Things have reached fever pitch on Jemeji with Senami's efforts to help keep the people of Aji in good health, blowing up in her face. She's even been accused of witchcraft and narrowly escaped death in addition to losing her grandmother to a tragic car accident. Throw in the fact her potential bae Kingsley is the one who was behind the wheel and you've got a recipe for drama  and it's sent the twitterverse into a frenzy. It's no wonder therefore that last night, "#AMJemeji" became the number one trend in Nigeria. Here's a look at some of the tweets that made it happen! 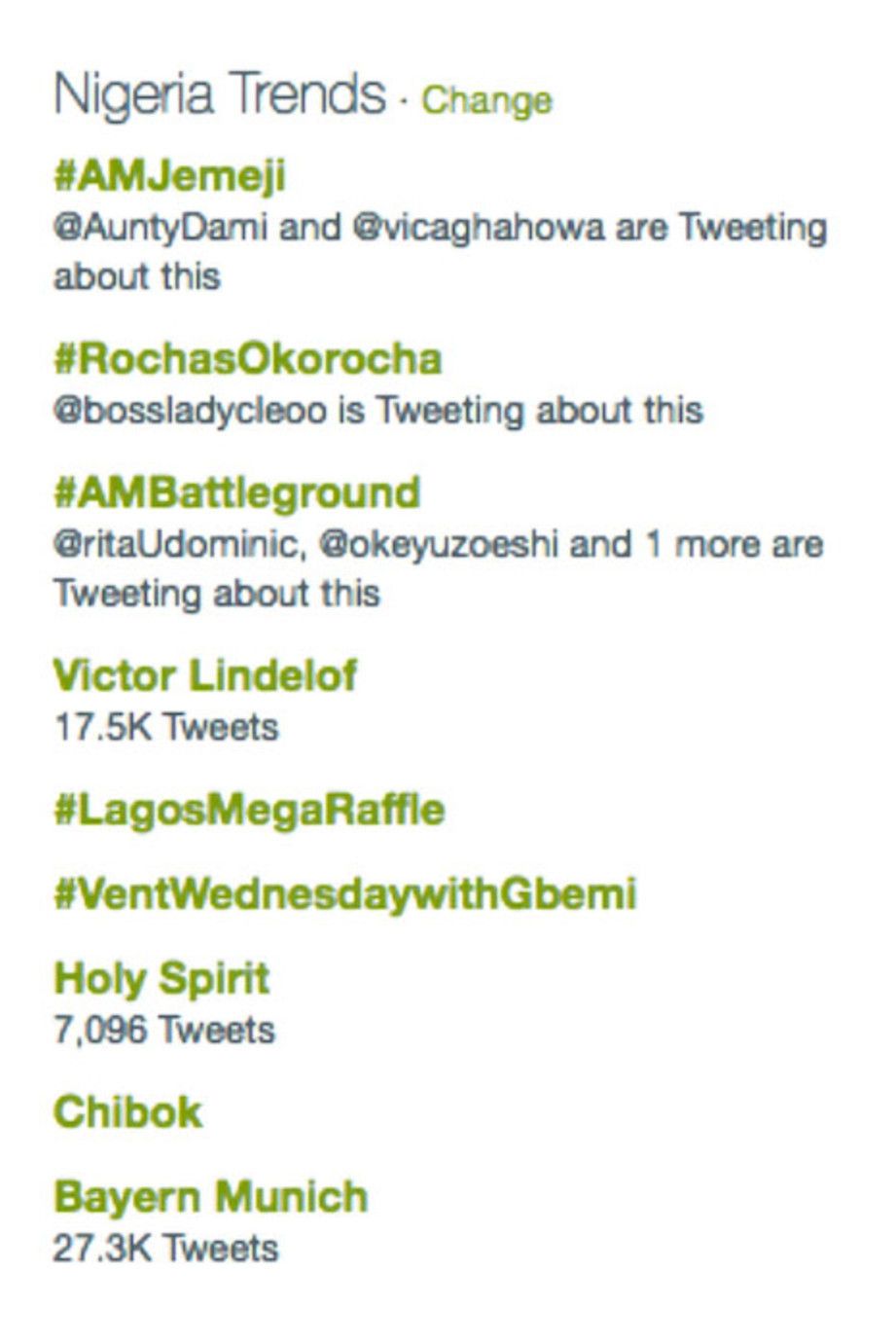 The war between #TeamViynami and #TeamKinami keeps intensifying . . . but we're not complaining!

If u think about it, things in Aji began to go south when Senami&Oviyon started kissing. 👏🏾 Say 👏🏾 No 👏🏾 To 👏🏾 Youthful 👏🏾 Lust 👏🏾 #AMJemeji pic.twitter.com/VuyBnmNH49

Senami texted Kingsley because he has a car. Is it a hoe or a wheel barrow Oviyon would have used to come and rescue her? 😂 #AMJemeji

This is why you must always keep some toasters handy.See how Kingsley saved the day now. Oviyon is there dragging phone with Iya. #AMJemeji

Oviyon the mommy's boy and his ovebearing mother who's always terrorising him . . .

Iya Oviyon cannot go an episode without looking for her pikin. The fact that he keeps getting lost should tell her something. #AMJemeji

Dear Iya Oviyon, your "pikin" is old enough to have pikin ... Biko loosen the rope wey you take tie am for waist ehn. Tenz! #AMJemeji pic.twitter.com/TCIYcAVuYD

Speaking of Oviyon (the professional "farm designer" of Aji ) . . .

It hasn't all been laughter however with Iya Minasu's death becoming on of the most heartbreaking moments of the season. Also, the speech it inspired? Brilliant!

Senami's outburst got me all teary. Iya Oviyon had it coming. Hatred is like a furnace; it consumes and destroys it's host. #AmJemeji

I think that was the longest monologue ever done on #AMJemeji well done Senami. pic.twitter.com/4BNgQry5eo

Feeling a little left out. Catch Jemeji every weeknight at 21:30 CAT and join the conversation on Twitter, #AMJemeji. What have been some of your favourite moments from the show so far? Share them with us after the jump!

News
Day 35: Matters of the heart and a party – BBNaija
Important conversations were had, and a party was fired up.
News
Day 68: Trending With Lambo
Lamborghini Mercy sure brings on a lot of Pepper in the House and Twittersphere absolutely agree to this.
News
Day 33: Last night's five trending topics
Last night was a Game of Wagers and twisted Diary sessions that had us all at the edge of our seats as we wondered who was who in the Big Brother Naija House. We put together 5 trending topics from last night that make us wonder 'What's next?'