News
18 December 2018
The Mandela 100 concert was nothing short of amazing and the 53 Extra team witnessed it all.
Subscribe to Watch

This month, we all witnessed one of Africa’s greatest musical milestones and the 53 Extra team was right in the center of it all. From cutting through the most historical sites in Johannesburg, South Africa to waving and in perfect synch with thousands at the Mandela 100 concert, we were treated to a inexplicably explosive rhythmic affair.

Attired and ready to bask in historical glory with a touch of shall we say ‘modern’, Mawuli pulled out his gentleman anchor and swept our co-pilot, Kemi Smallz off her feet, literally. The two larger than Joburg’s sky scraper personalities drove through the Joburg buzz and scored well at identifying some of the most celebrated structures on the outskirts of the city.

First stop was the immaculately preserved Madiba house on Vilakazi street, Orlando, Soweto; the only residential street to ever ‘address’ two Nobel Peace Prize winners of note, the great late Neslon Mandela and heavy weight activist, Desmond Tutu. Clearly inspired by the rich historical surroundings, there was a silent pledge of continuity by our adventure soldiers.

The next pit stop weighing equally on ‘relevant history’ scales was the Mandela capture site in the Drakensburg area. The legendary Madiba was sought out by the authorities and captured at the remote area, now a national treasure, posing as a chauffeur. Taken aback by the amount of artistic probing and planning that went behind the metal rod portrait of the legend, Mawuli and his second co-pilot, Kemi Adetiba snapped away and made memories. 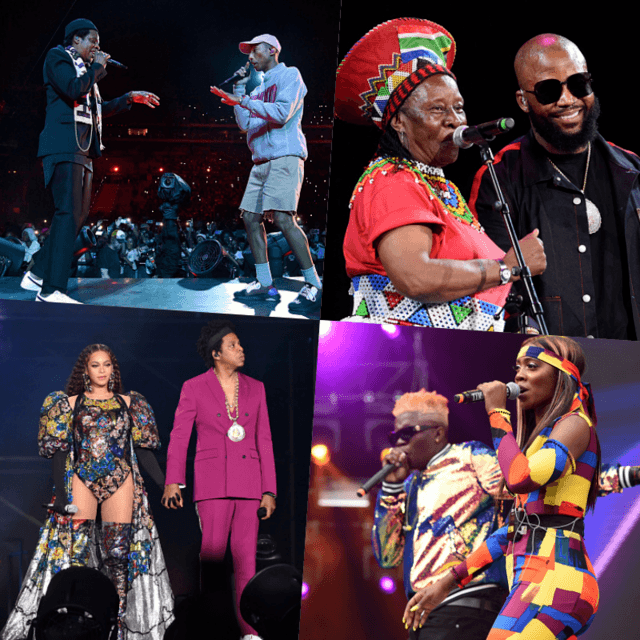 Thousands of excited concert goers filled to capacity South Africa’s FNB stadium for the grandest musical festival to ever hit the Africa shores. Headlined by some of biggest names in the international music scene, like Usher, Pharrel Williams, Ed Shereen, the Carters and Africa’s very own jewels, Tiwa Savage, Wiz kid and Casper Nyovest amongst others; the global citizen celebration was such a grand affair, over a 7 billion dollars was raised for courses of global relief and development; an initiative that Nelson Mandela idealized, one for which he was willing to die. Can we get a ‘halo’?!

Video
10th season’s a charm – 53 Extra
After a decade of world class entertainment and front row seats to the most epic events in the land, 53 Extra finally takes a bow
Video
A means to an incredible end – 53 Extra
Eku and IK go down memory lane and relive all those classic star-studded moments and the presenters shared nostalgic moments that they will carry with them beyond the show
Video
The MTF enriched lives – 53 Extra
Having gone through a gruelling selection process, the Multichoice Talent Factory candidates finally graduate and this week, we showcase their certification ceremony