The Voice continues to lead the pack

News
17 July 2017
The show continues to be a top trend each week.
Subscribe to Watch

The Voice Nigeria is a top trend on Twitter each Sunday, and last night’s episode was no different. 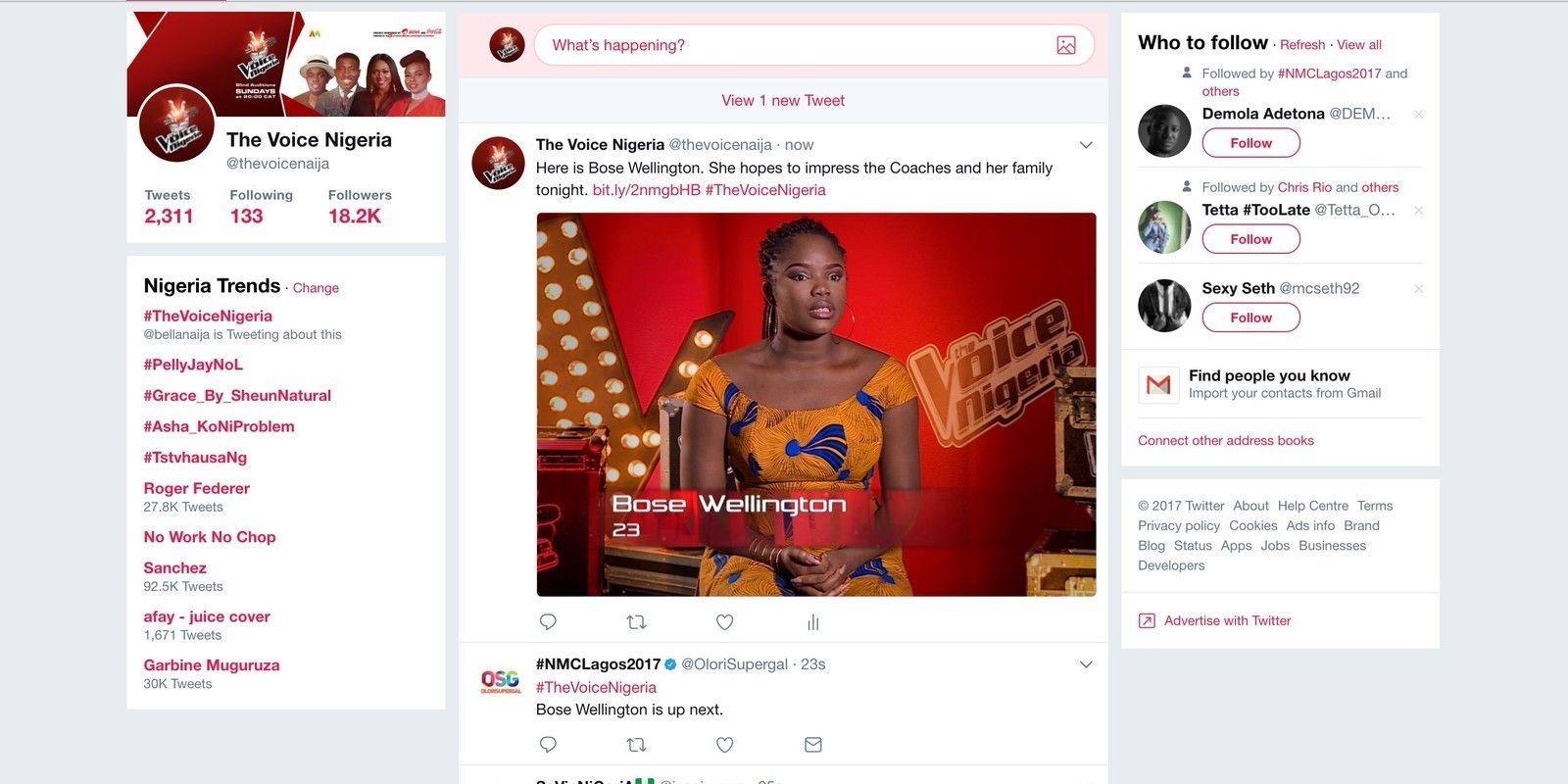 We’ve seen the show take over Twitter “streets” each week, with retweets and mentions from fans and celebrities, lasting hours after the show and even the following day at times! At one point, it trended over Father’s Day!

Just like the other weeks, some of the Tweets were about how they’d been looking forward to the episode and how it was.

Yipee, the voice naija is on , my Sunday evening delight @thevoicenaija

And Sunday is here... stay tuned cos @thevoicenaija will be up soon... can't wait for tonight's episode #TheVoiceNigeria

Fans couldn’t stop raving about some of their favourite Talent during the show.

Wow for Wow...... u rep ur name...4 turns even me I turn 4 my chair lol @thevoicenaija #TheVoiceNigeria #Airtelwhatsyoursay

@thevoicenaija chike's brother made my way for today's the voice 🙌🙌🙌🙌#chukwuemeka

The Blind Auditions come to an end this Sunday, making way for the Battle Stage. Make sure you catch the final Blind Audition episode this Sunday by tuning in to Africa Magic Showcase or Urban at 20:00 WAT.