Things you probably didn’t know about the Talent

You’ve watched them perform and have probably already picked out a favourite. We decided to dig a little deeper into the Talent’s lives to find out some of the things you probably didn’t know about them and here’s what we found:

Ever wondered what they were like as children, as in the kind of games they liked to play? Well, we found out that while some liked modern games, like scrabble and computer games, others, such as Joy Ebiem and Arewa Comfort actually liked playing local games, “Suwe” and “Ten-Te”.

Most of the Talent are quite the cooks too, so it’s not just about music with them. Some of their favourite meals are Nigerian cuisine, including jollof rice and egusi soup. 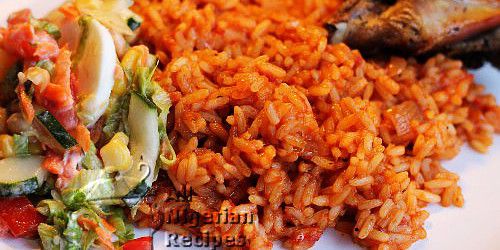 "Yes, I can cook," says Emmanuel Precious. My favourite meals include jollof rice, chicken and dodo. I love Ogbono soup too!" Check out the egusi soup he prepared for his family:

Joy Ebiem also admitted to being quite a good cook too, adding that her favourite meals include ofe aku stew and rice. Check her out attempting to light a fire:

Besides their dream of becoming the country's biggest musicians, the Talent also have plans of becoming sound engineers, designers, TV presenters and even being the country's ambassador etc. should their first dream (making it in the music industry) realise no success.

There’s a lot to learn about your favourite Talent, as the show continues over the next few weeks. Make sure you don't miss any moment by tuning in every Sunday!

News
8 things we loved about the AMVCAs – AMVCA 8
Oh, what a night it was!
Video
How Well Do You Know The AMVCAs? – AMVCA 8
Who better to answer questions about the AMVCAs than the award nominees themselves? We put some of your favorites to the test on their knowledge of the AMVCAs at the Opening Night Gala. Check out how they did.
Video
Live Show: ‘The Brighto thing, I didn’t even see it coming’ – Wathoni
Wathoni became the eighth Housemate to leave the House. Wathoni told Ebuka the problems between her and Erica were more about Erica than her and in the near future she was going to focus on fashion and a baby television show.
Video
The Voice Nigeria season 3 on AM
Watch the third season of The Voice Nigeria on AM Showcase, Urban or Family on Saturdays at 8 pm, and see who gets our superstar coaches turning.