Biggie's Corner: The Jinx Of The First Attempt

News
21 September 2019
There is a superstitious rumour going round the Pepper Dem House. No one that attempts the Games first wins.
Get DStv PREMIUM

Not everyone believes in superstitions, but when situations that back up a certain unusual occurrence begin to rise, you start to pay attention and question everything you believe or in this case, don’t believe. A certain situation that gave rise to superstitious beliefs is the curious case of how the first Housemate/Team that takes on challenges never wins. Over and over again, Housemates competed against one another and for some reason the first contestant/team was always unlucky. The fact that this scenario kept repeating itself made it quite believable that there was a jinx in the House.

The Birth of the Jinx.

It all started at the first Bet9ja Friday Arena Games where the white team made up of Khafi, Jeff, Ella, Frodd, Avala, Ike and Mike were the first to lose in a major challenge. This loss gave birth to the jinx of the first try. This jinx partly saw to the early exit of Isilomo and Avala. They probably would still be in the House if their team had won and they had amassed enough Bet 9ja Coins to keep them from Eviction.

Giving Credence to the Jinx Rumour

If Housemates weren’t convinced about the existence of a jinx, the next couple of Friday Arena Games ended up giving them all the proof they needed to believe. The next victim was Omashola. Finishing the fantasy challenge in 1 minute, 35 seconds had him feeling on top of the world until Sir Dee and Mike came to clear his record in 45 and 44 seconds respectively.

Resident Gangsta, Ike wasn’t immune to the jinx either. Enduring the pain of watching Seyi and Omashola clear his 1 minute, 44 seconds record in 50 and 43 seconds in the circus challenge, the reality of the jinx soon dawned on him. Mike was also a victim of the jinx that saw him losing out in the football challenge.

With every Friday Arena Game, the jinx gained credibility and Housemates dreaded going first for any Challenge. Quite recently, Frodd was a victim of this jinx. He knew right from the moment Biggie called him up to go first at the ancient Egypt challenge that something was going to go wrong and he was right. Not only did he fail to complete the Task early, but he also got an additional 30 seconds added to his finish time for flouting the rules of the game. 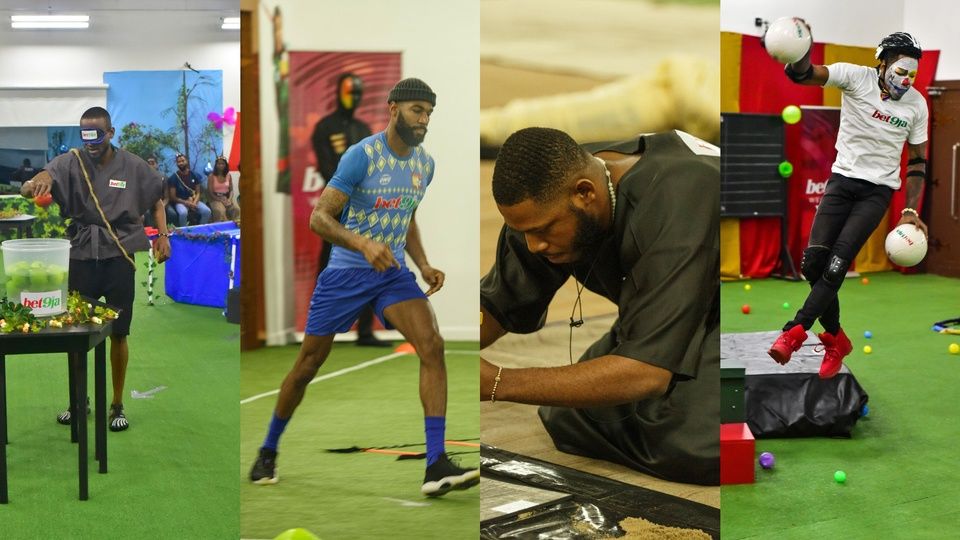 Quite often, we tend to categorise things we have no explanation for as supernatural, but what if in this case, it isn’t. What if it’s just a case of the Housemates learning from the first Housemate that undertakes the challenge and learns not to repeat his/her mistake? What if it’s a case of the Housemates using the first Housemate’s score as a benchmark for theirs? Answers to these questions could give a rational explanation as to why the Housemate/Team that goes first during competitions often loses.

Although we won’t be quick to categorize this as a superstition, it did get us asking questions. Was it really an unusual occurrence worth building conspiracy theories on or another random case? Either way, the seed of this superstitious belief has already been sown, let’s see how far it will grow.

Video
BBNaija Gist: Daniella on Khalid and Dotun – BBNaija
She was first locked in a ship with Khalid. She then seemed to be getting close to Dotun after the former got Evicted but she eventually struck an interesting fireship with Adekunle. She also counts her closeness with Bryann as a highlight in Biggie's House.
Video
Day 57: Week 7 in the Level Up House – BBNaija
Phyna made history as the first former Level 2 Housemate to win HoH, Biggie gifted Shella a romantic date in the Garden and two members of the Edo triple alliance got into an argument where they branded each other liars. Kai! A lot went down in Biggie's House this week.
News
Day 61: Biggie, his pranks and the pranksters – BBNaija
If there's a prank to be played, he's in and he has got willing accomplices.
News
Day 43: Week 6 in Biggie’s House – BBNaija
This week came with surprises, huge wins and a healthy dose of gbas gbos.