The Crown On Their Heads

The succession to the Head of House (HoH) throne is regulated by the Pepper Dem Housemates’ ability to earn the crown. Whether through a balloons-popping Challenge or after several rounds of pegs and buttons, the Pepper Dem Heads of House have given their subjects fiery reigns.

The Chosen King
A king that declared Wednesday a no-work day for the Pepper Dem ladies? Yes, please!
On their first day in Biggie’s House, the Pepper Dem Housemates were Tasked to select the first occupant of the HoH chair – in essence, they had to appoint a King or Queen to rule the Pepper Dem kingdom. Jeff who clearly seemed to be the most liked Housemate was chosen to rule as the Head of House for the week, evidently, he had seven votes from his subjects and thereafter, was announced by Omashola as the ruler.
With KimOprah being his right-hand woman (following her appointment as the Veto Power Holder), Jeff’s reign can be described as cool, calm and collected. We reckon there’s no other way to describe a king that was known for settling fights even before they broke out.
Never underrate the power of a silent king – this was the case of Jeff as his reign was evidently a successful one. Knowing the Pepper Dem gang and their ability to turn into warriors within a second, it was surprising to see them go a week without a fight – well, except when it came to food struggles. 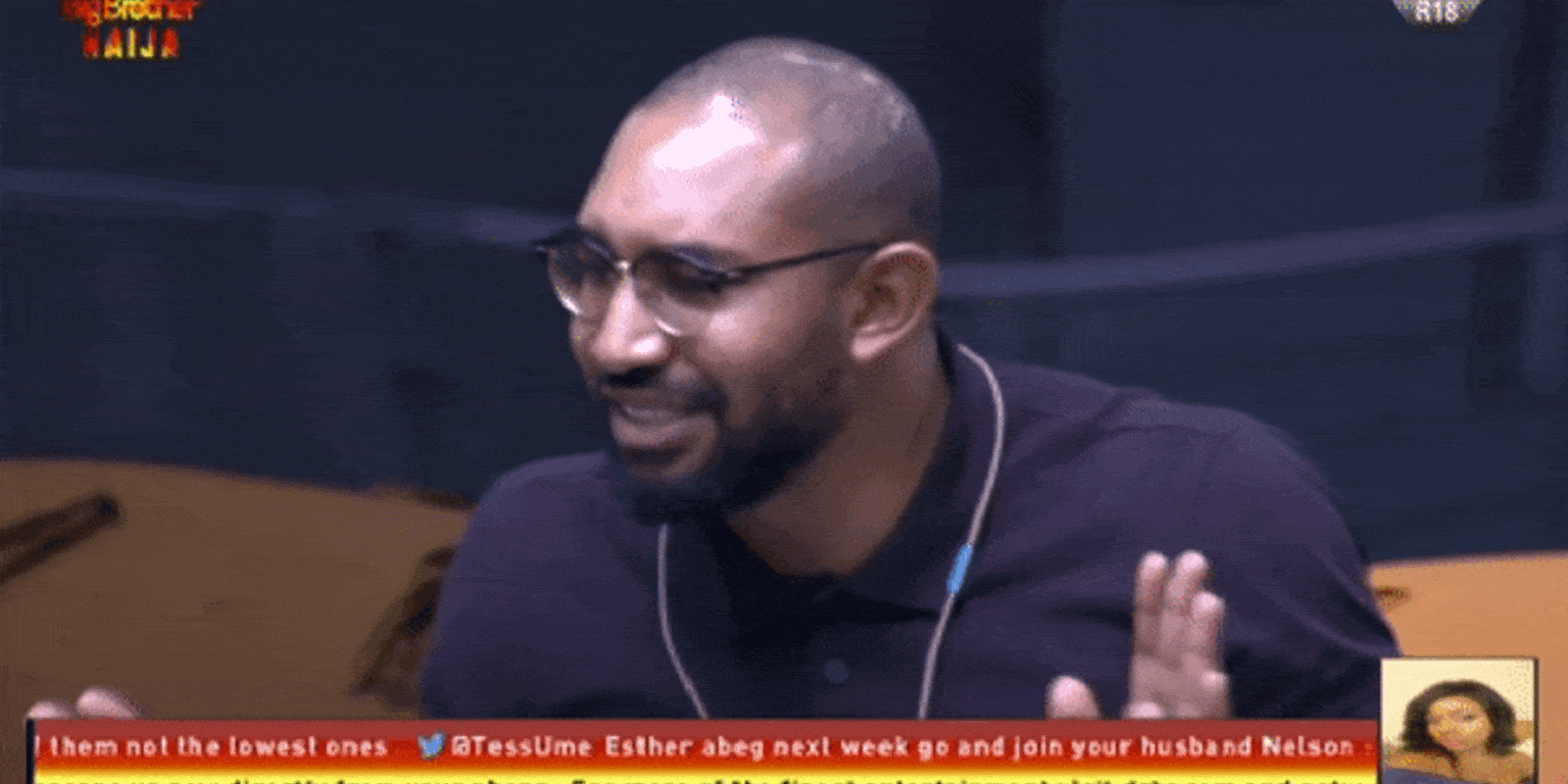 The Orderly King
Known as the resident chef, it was of no surprise seeing Nelson beat Ike in a game of pegs and cookies.
His favourite song as a ruler in the House was “One House, please” and his ability to bring the House to a minimum level of chaos didn’t go unnoticed. Little wonder why he often lamented, “This HoH work na slavery oo” – when his fellow Housemates threw endless requests at him. Perhaps he was recognized as a commanding king or maybe it was just the calmness that came with his sovereignty.
Why describe him as an orderly king? During Nelson’s period in HoH office, he did not fail to seek the opinion of his subjects whenever they were Tasked to a Challenge by Biggie. With the number of times he always asked them to raise their hands up in support of a notion, it was apparent that Nelson was for the people.
For a king that brought order into the House, we can’t help but wonder why the Housemates lost their first Wager in Biggie’s House during Nelson’s reign. We also reckon this overly calm nature of the orderly king was what led to his inability to bring Omashola to order during a play rehearsal. 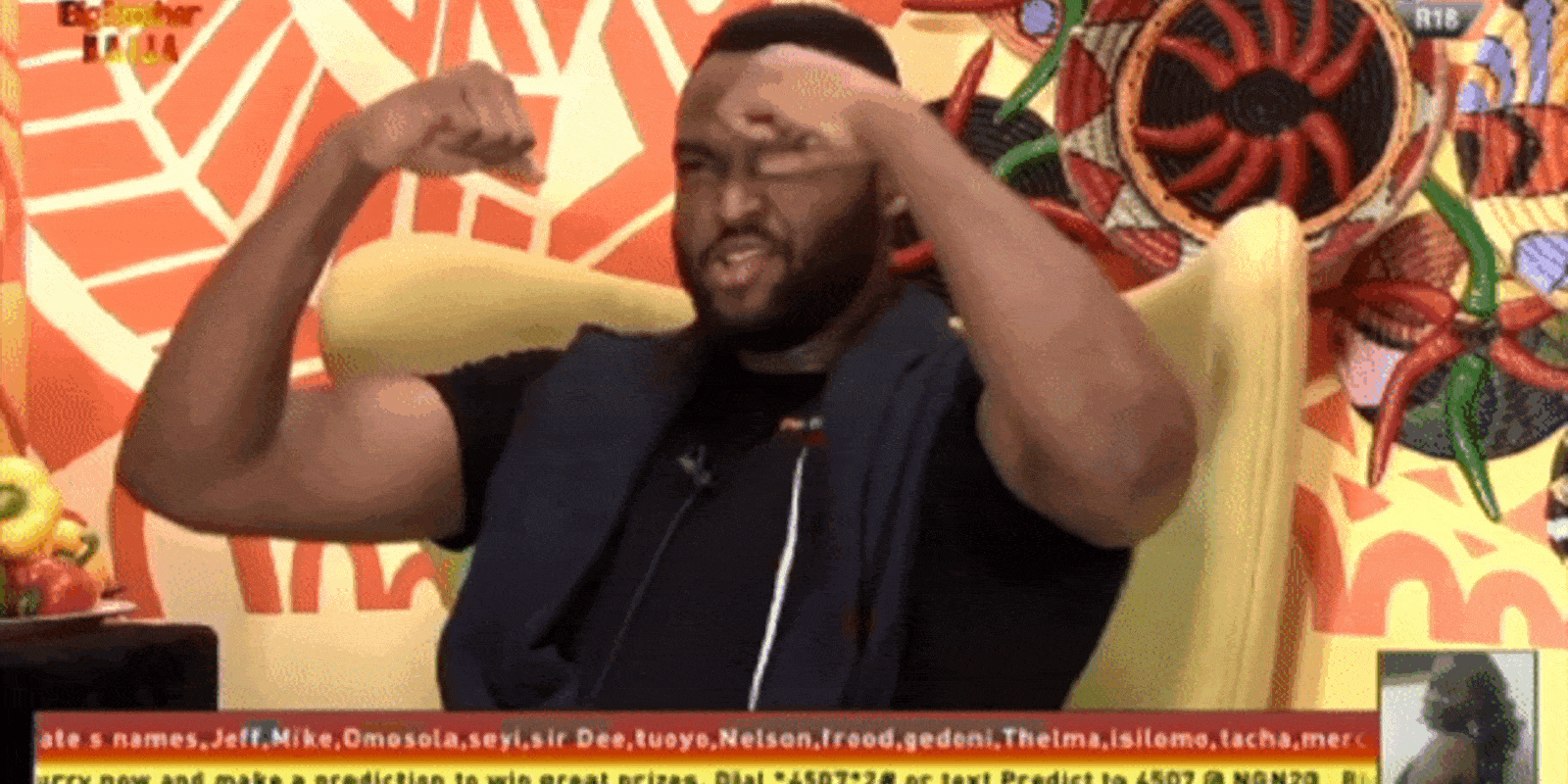 The No-nonsense Queen
With great power comes great accountability and Esther wasn’t one to shy away from exercising power, no matter the level of responsibilities.
Being the first female Head of House possibly put her in a lot of pressure which didn’t go unnoticed in the Pepper Dem House, judging from her no-nonsense demeanour during her reign.
Unlike the leaders before her, Esther took a less diplomatic and more authoritative approach as the Head of the Pepper Dem House. From the moment she made a decisive decision to overthrow Tacha from her kitchen duties to the time she declined Frodd’s request for spray starch (and his heart), the Pepper Dem gang sure had a full dose of the iron lady.
“Can you let me finish speaking before you talk?” “Ask Biggie yourself” are some of the words the fiery HoH threw at her subjects that made them know she wasn’t a ruler to play with or be taken for granted.
Esther was a go-getter and the first Wager win for the Pepper Dem gang was bagged during her time in power. It’s safe to say her rule wasn’t all fierce and fire.
Her determination to drive the Housemates to a Wager win was appreciated by the House, although that came with a lot of toes-stepping and tough dealings.
Iron lady or not, Esther’s reign will not be easily forgotten as she gave the Pepper Dem gang their first Wager win. 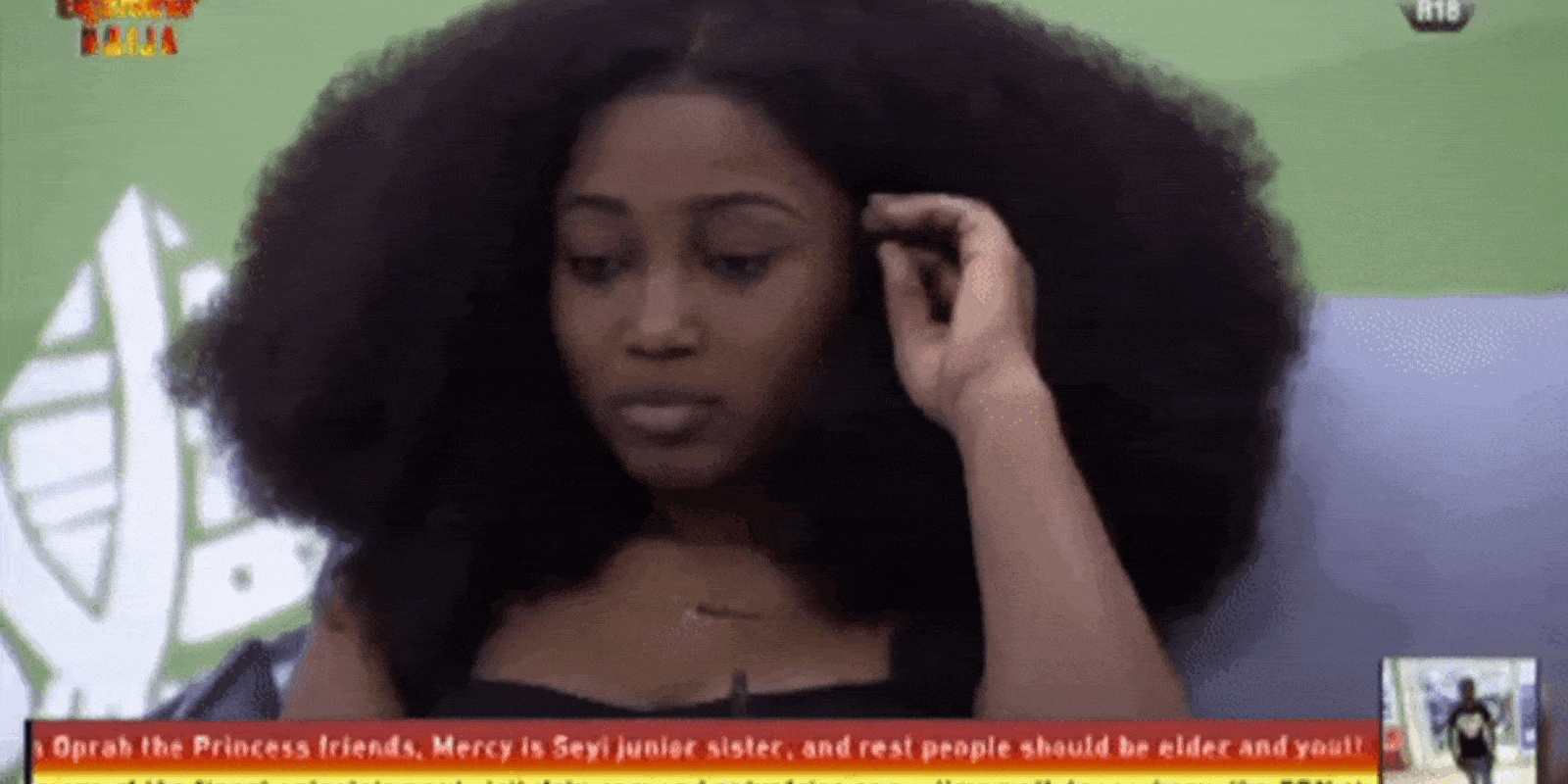 The Toughest King
We call him the toughest of them all because his throne was tested by twists and turns in Big Brother’s House.
With trying to balance the atmosphere in the House by constantly instructing the Housemates on the Tasks to inducting the new Pepper Dem Housemates, Frodd’s reign as the Head of House was action-filled.
Asides ruling the hearts of two Pepper Dem ladies, Frodd’s governance in the House was an unruffled one. His ability to successfully receive the new additions to the gang while putting the House in order as they prepared for their weekly Tasks was not overlooked. 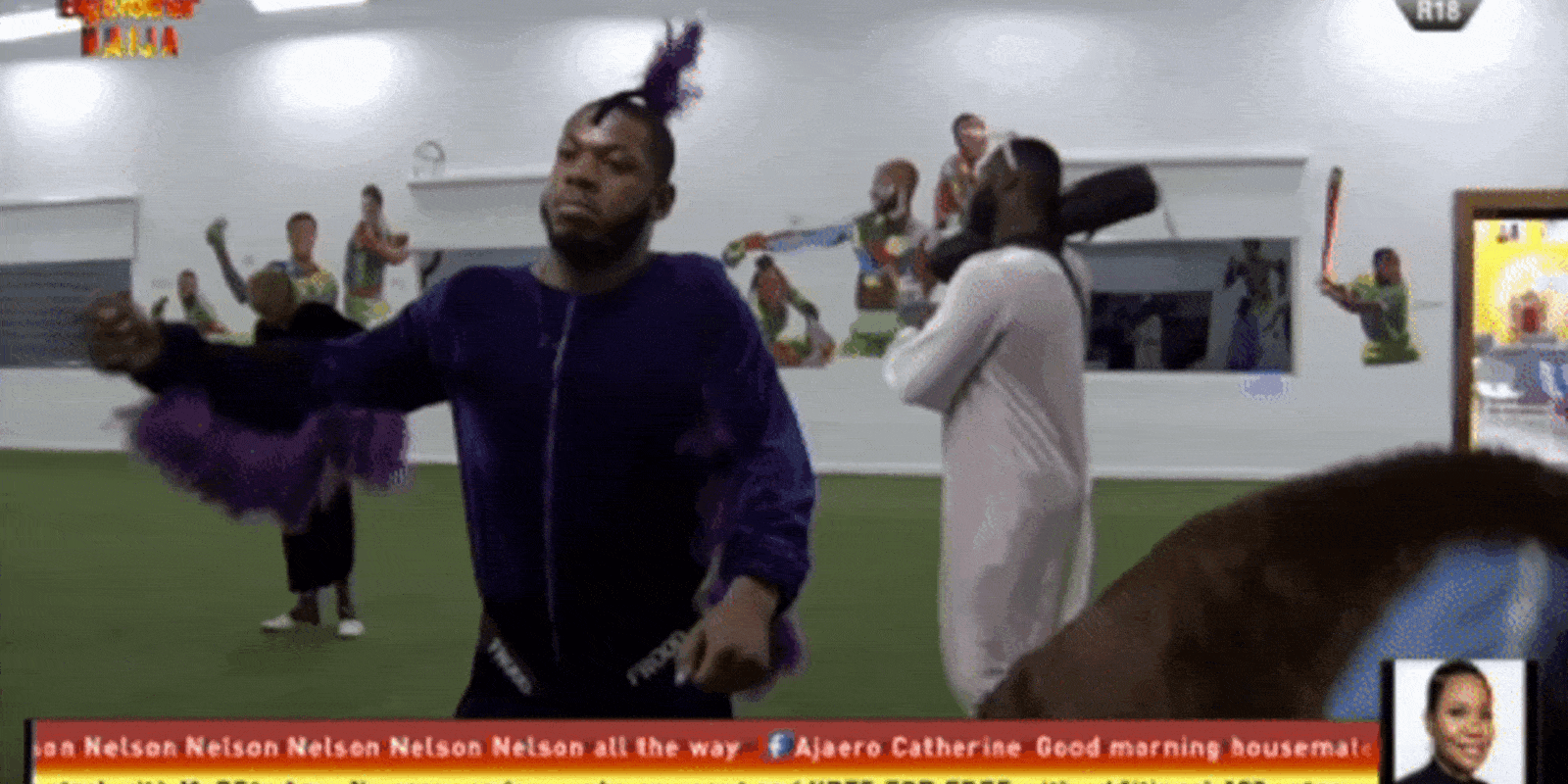 The Authoritative King
Twice as nice, the Pepper Dem’s longest-ruling HoH till date has successfully ruled two times in a row.
We’re not sure if it’s the strength from the Secret Room or the deadly VPH Save and Replace slip-up he made, Seyi has effortlessly shown Biggie why the HoH throne should be named after him.
For some unknown reasons, his reign has recorded the highest number of fights in the Pepper Dem House. Could this be the power and pride that comes with sitting on the throne? Whatever it is, we can’t deny that this ruler is serving a mild level of authoritative leadership to his subjects.
From his dealings with Ike, Mike and Frodd, Seyi has not failed to show us why his governance displayed a level of command and tyranny.
“Will you guys shut up and let me eat?” he said when addressing Seyi and Joe’s fight. The resident sugar daddy has a way of commanding respect and authority while dealing with his fellow Housemates.
It definitely isn’t a bad idea having the authoritative leadership style as a ruling stick for the Pepper Dem Gang, considering their inability to get things done without being yelled at. The good thing about his leadership is his ability to shake things off quickly and get back to mingling with his subjects. 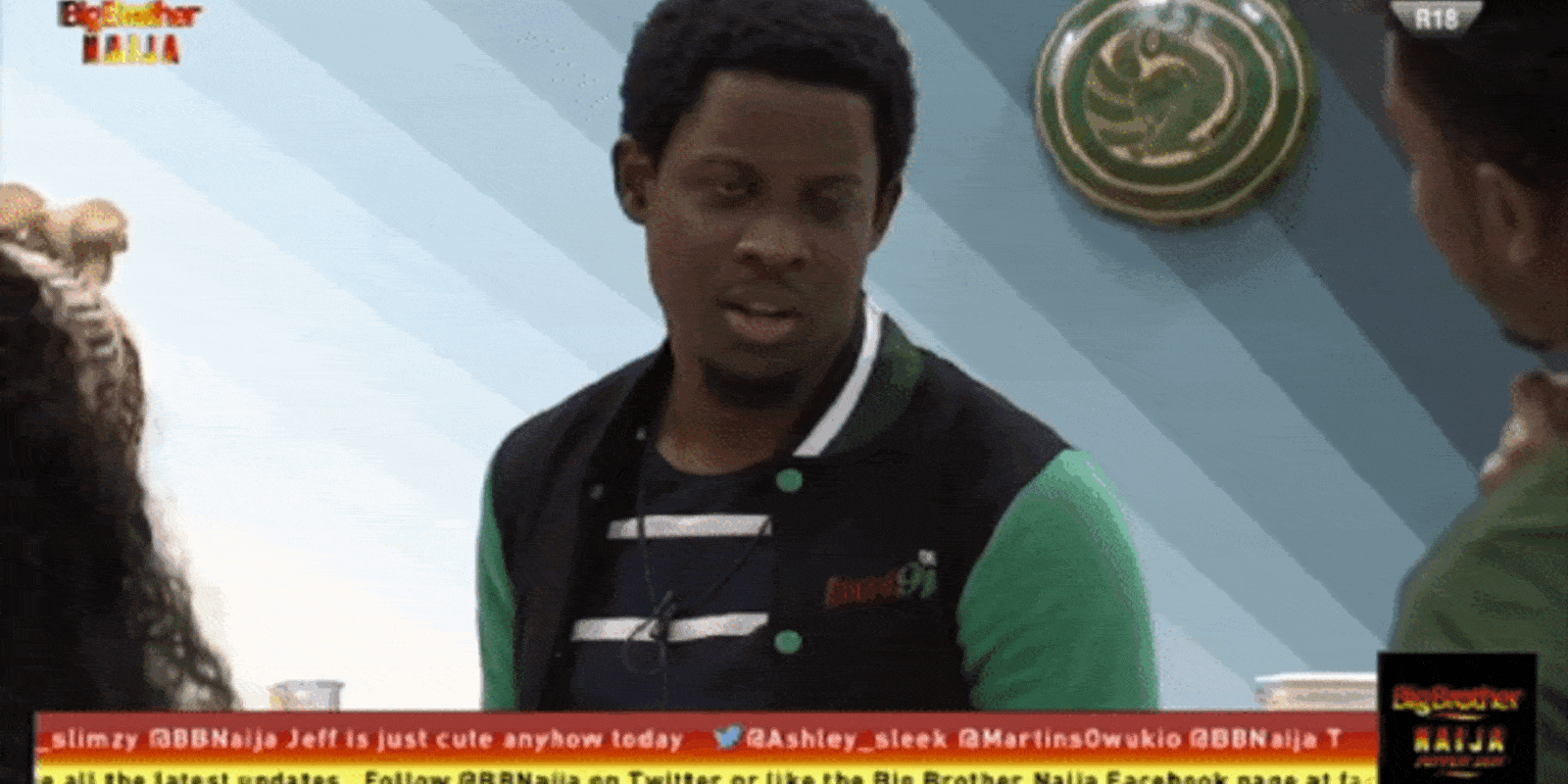 Take a look at how The Chosen King, The Orderly King, The No-nonsense Queen, The Toughest King and The Authoritative King carried out their HoH duties.

Who has been your most memorable HoH thus far? We sure can't wait to see how other members of the Pepper Dem Gang handle the title.

Video
Day 22: Week three in the Level Up House – BBNaija
Biggie switched things up this week by having Housemates switch House Levels. We celebrated Leo babies Modella and Khalid’s birthdays, while Sheggz voiced out his worries about gents that would make a move on Bella if he were to be Evicted. Ilebaye and Bryann butted heads and Allysyn and Doyin are confused about which ship must they dive into.
Video
Day 10: Give me my crown – BBNaija
In a heart to heart conversation with each other, Chichi and Chomzy speak about accepting their tag of being dramatic with their full chest. Will they serve more ginger throughout the season? Let’s wait and see. -- All of your favourite #BBNaija content on the official website, vote, play and watch the freshest content here: https://bit.ly/BBNaijaWebsite DStv: https://bit.ly/3ztNSPW Showmax: https://bit.ly/3PzIro4 Download on Android: https://apple.co/3OtMXmH Download on Apple: https://apple.co/3owIipn Don't miss a single moment, follow #BBNaija on our social platforms: Facebook: https://www.facebook.com/BigBrotherNaija Twitter: https://twitter.com/BBNaija Instagram: https://www.instagram.com/bigbronaija
Video
Day 11: Rehearsal Anger
After Biggie’s instruction about the new direction of the play, the Housemates re-strategise. As they continue to rehearse, Omashola flares up about Sir Dee’s remarks regarding the play. After a few seconds of verbal exchange, the rehearsal continues.
Video
Day 45: The Crowning Of A Tor Tiv
The Pepper Dem Gang put up a brilliant performance in the garden as Heritage Bank’s Tor Tiv Coronation Task.