The best Talent reactions so far

News
06 July 2017
There have been leaps of joy, screams of delights and Talent falling on their backs and knees on stage.
Subscribe to Watch

It’s half way through the Blind Auditions and we’ve watched amazing performances so far, with varying reactions from the Talent.

We’ve heard screams of delight, seen tears of joy and disappointment, Talent jumping with joy and some even falling to their knees. Here’s some of the best Talent reactions picked up so far:

In Episode One we watched Emmanuel Precious, as he gave an electrifying performance of Destiny’s Child “Survivor”, getting the first FOUR CHAIR TURN of the Season! He fell to his knees in amazement, choosing #TeamTimi in the end.

In Episode two, we watched Daniel Diongoli perform Bez’s “Zuciya Daya”, getting a FOUR CHAIR TURN and falling flat on his back on stage after his performance.

Meanwhile, in the same Episode, “Little Miss Dyanamite” Ogunyemi Itunu could not help but scream, as she got a turn from her favourite Coach, Patoranking.

On the contrary, we’ve seen quite a number of tears on the show. A lot of them were a result of the disappointment of not making it through however, our highly trained Coaches have managed to put a smile on some of the Talent.

Take for instance, Favour Koroma. She gave her all during her performance and cried at the end of her performance, as none of the Coaches turned for her. Timi and Patoranking sprang to their feet and went up on stage to comfort her. Yemi joined too, giving her encouraging words. They then asked her to take a seat on one of the Coaches’ chairs while they performed for her on stage. This seemed to put a smile on her face, as she was seen laughing while the Coaches performed. Good job Coaches! 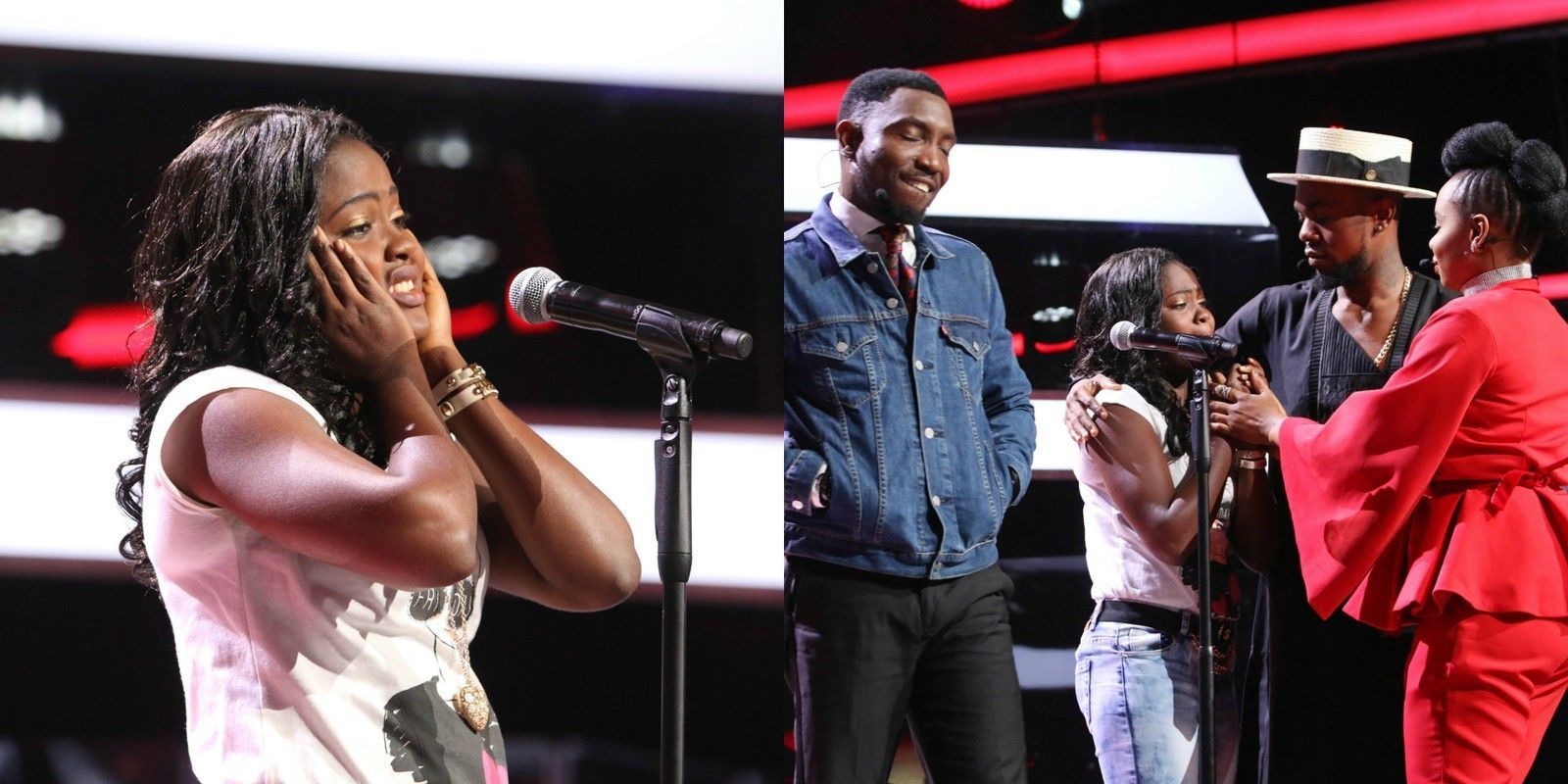 The Blind Auditions continue this Sunday, make sure you tune in to watch more amazing performances!

Video
A look at yourself (Part 1) – Nigerian Idol
The Top 2 speak with each other about their experience so far on the show as well as highlighting factors that has kept them strong all through the Season.
Video
The journey so far – Nigerian Idol
The Top 12 let us in on their experiences so far, what they have learnt and what they hope to achieve with their time on the show.
Video
Day 2: Life so far in #BBNaija House
The Housemates share thier experience in the house and other housemates they are bonding with.
News
Spicy Nene: #BBNaija So Far
It’s only Day 13 in Biggie’s House but the Pepper Dem Housemates have already given us a lot to talk about!