Role Playing With The Icy Pair

News
24 August 2019
What do you say to the god of love? Today, please! The Icy pair have shown us that there’s more to them than the hugs and kisses they share in the House.
Get DStv PREMIUM

In many ways, Ike and Mercy have played different roles to suit their friendship or should we say partnership in Biggie’s House.

“If I leave on Sunday, I want you to run up on him,” Mercy said to Ike after her phone fight with Gedoni. What more speaks relationship goals than having a partner that can ‘run’ things up for you? Well, say hello to our in-house gangstas.

Popularly called Igwe Tupac and Lambo, the pair do not fail to provide us with the gangsta life when need be.

Even though Ike swears he’s about the gangsta life, it’s adorable seeing him turn into jelly when it comes to Mercy’s matters. One incident we can’t easily forget is the day Ike was hell-bent on teaching Joe a lesson and he kept those words on his lips for about thirty minutes, until Mercy gave him a hug and a peck in the bid to calm him down. Guess what happened to Ike afterwards, he curled up next to Mercy on the bed and sealed the night with smiles and kisses. 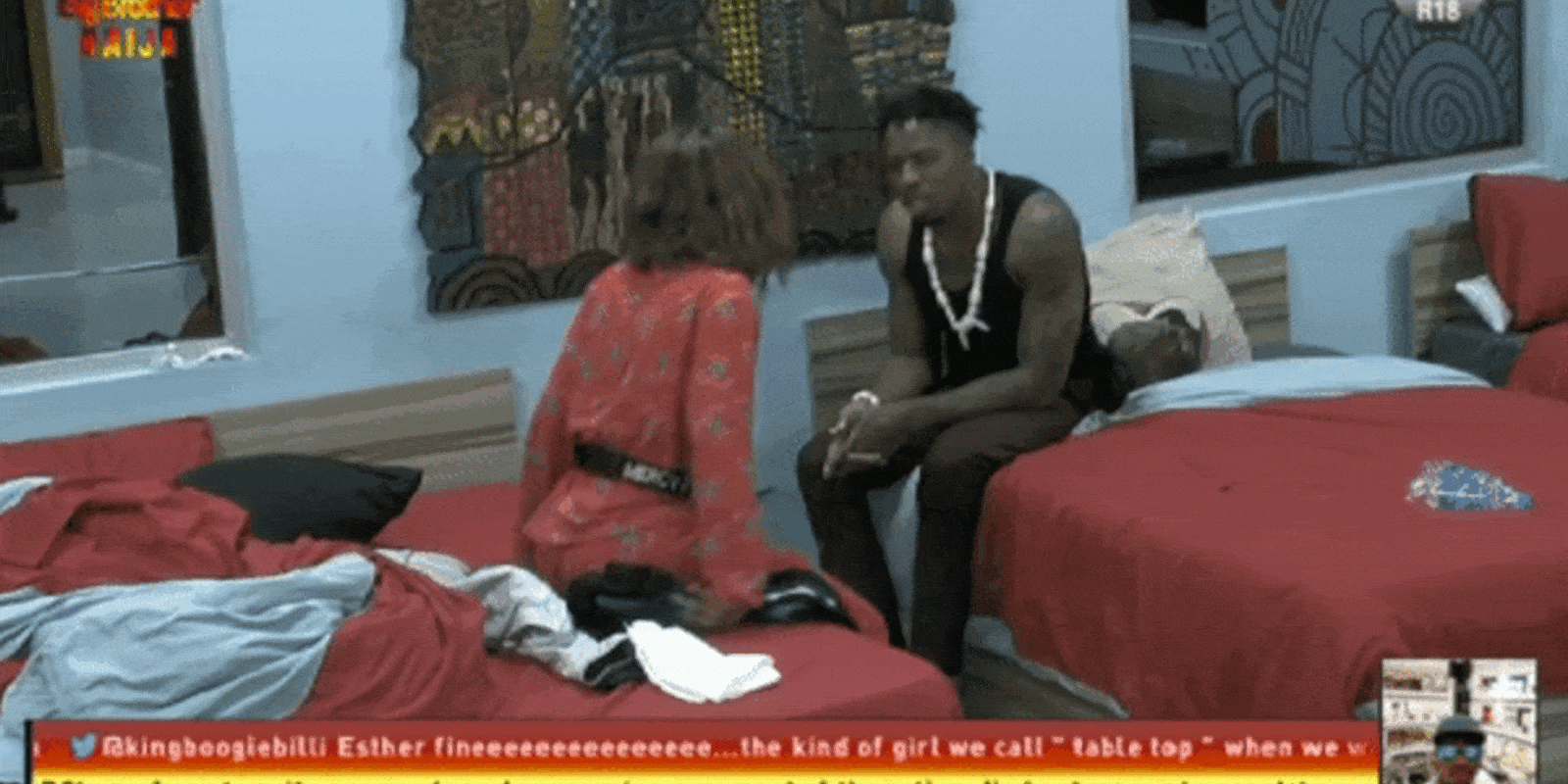 Mercy and Ike's criminal synchronization is a wow!

Most people would agree that spring is for lovers but with Ike and Mercy, love can happen anywhere, including Biggie’s garden.

The ease with which both lovers ‘sweet talk’ each other is one way they keep us entertained and glued to our screens. With this, they’ve earned themselves the ‘Icy’ nickname and evidently, have been identified as the power couple in the Pepper Dem House.

We don’t know if it’s Ike’s charming ways or the way Mercy is able to switch from zero to one hundred, we can’t deny that these two complement each other in many ways. 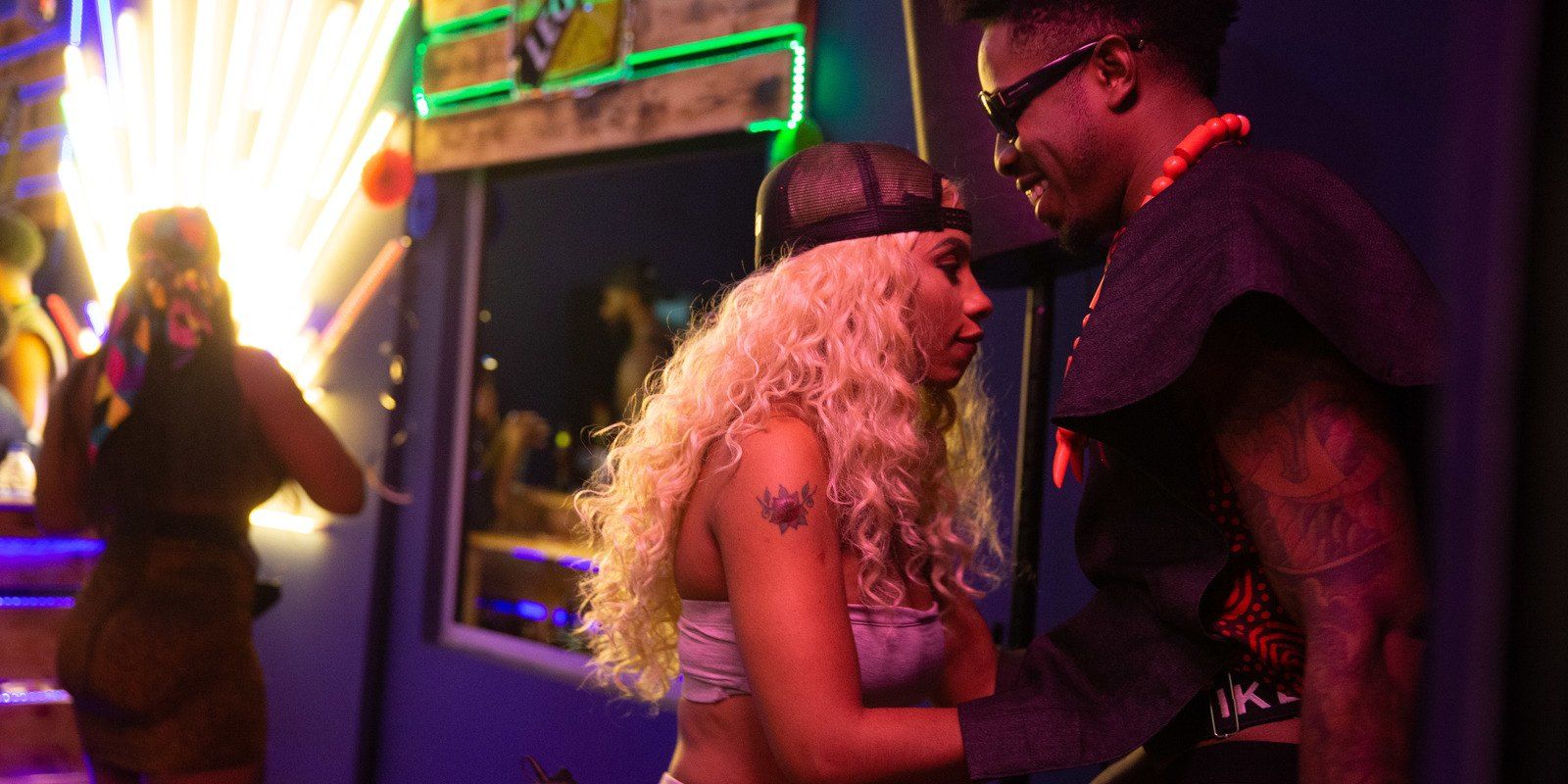 The way Ike and mercy behaves like novice and childish lovers, none of these housemates can figure out their competitive drive and that's a serious strength for them, if they can be consistent #BBNaiija

Life is too short to live it without getting bits of advice from a lover. Right?

Well, in the Icy ship, giving advice is the order of the day and in Ike’s case, receiving advice may just be a hobby.

You can agree with this considering the number of times Mercy has advised Ike to stay out of trouble in the Pepper Dem House. Remember Ike’s drama with Seyi, Mercy played her advisor role by calming her resident lover down when things were about to get crazy. 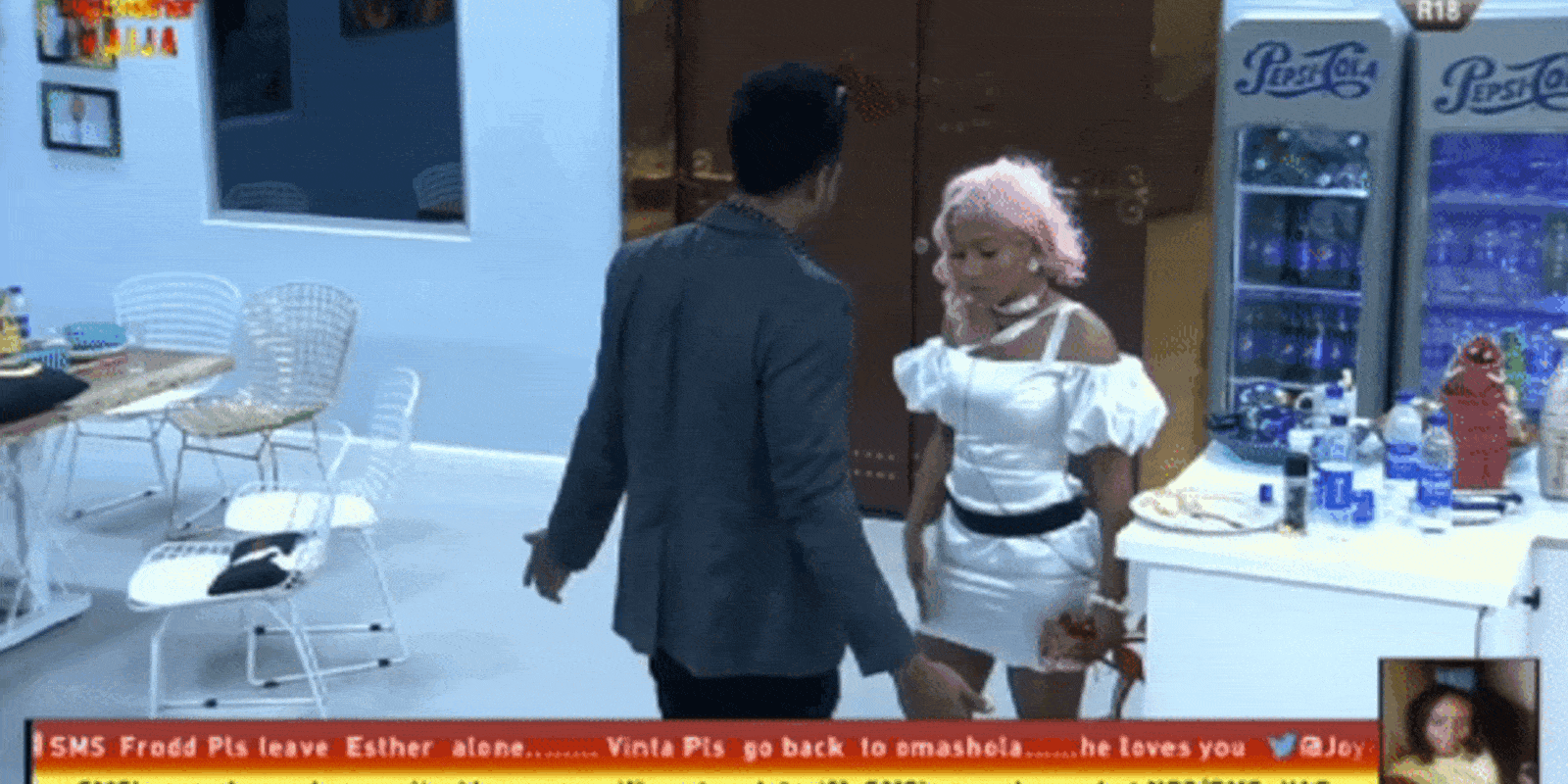 We’re still not certain if they were involved in Omashola’s missing Bet9ja Coins but what we can hold them responsible for is the loss of Esther’s Coins. Well thankfully, they returned most of it back without the owner’s knowledge.

From the moment Esther announced the loss of her Coins, the Pepper Dem Bonnie and Clyde were found whispering about where to hide the Coins, who to blame it on and how to spend the currency.

Is the original Bonnie and Clyde a love story? We can’t say but all we know is that with Ike and Mercy, true crime meets true love and we’re here for it. 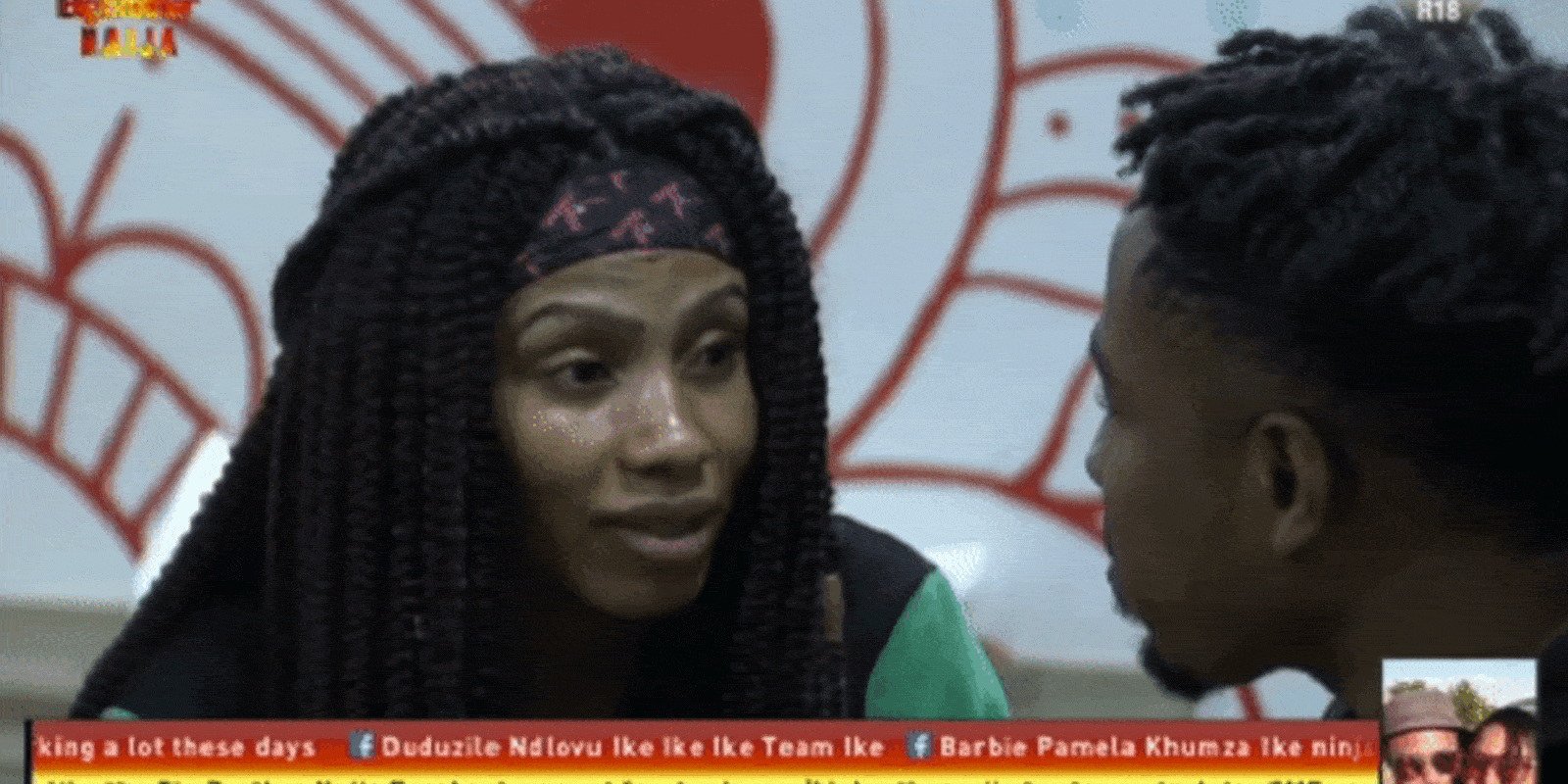 Don’t underestimate the bond between Task buddies and it’s surprising that couples can also double up as team players for Tasks.

Their team playing abilities were displayed when they were paired for the Munch It Challenge and left as winners of the Task. From the art Task to the hula hoop Challenge, the pair showed Africa why they deserved to win the one million Naira and an exquisite dinner for two. 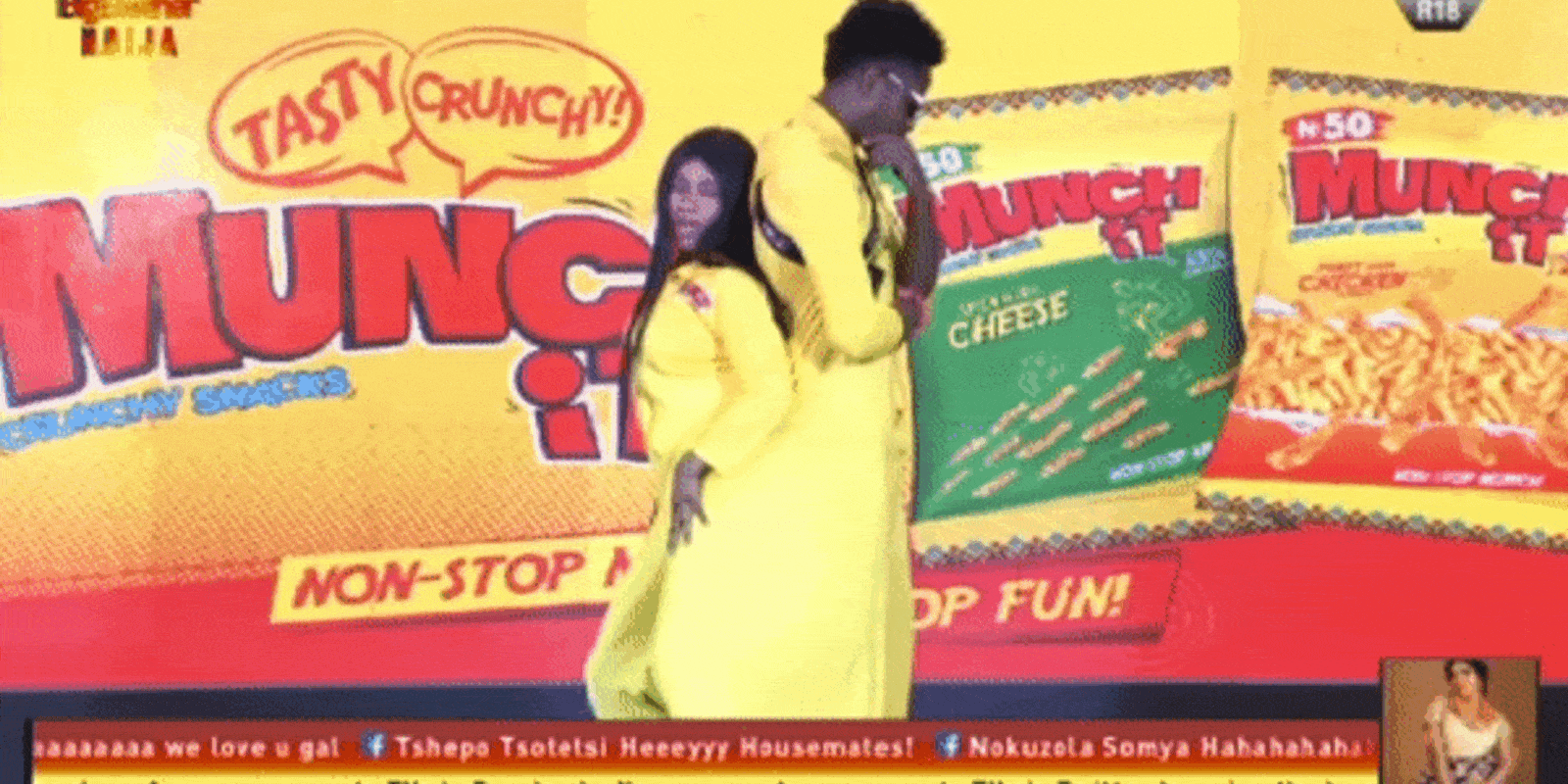 Video
Day 12: Eloswag yells at Chomzy and Bella– BBNaija
After some days of taunting by Chomzy and Bella over Eloswag's and Phyna, he finally snapped at the pair.
Video
Day 12: Who has shared a kiss so far?– BBNaija
Romance has been brewing in Biggie's House, some Housemates being dared to kiss, while others are too shy to leap, or possibly playing hard-to-get?
Video
Day 46: Counselling With The Icy Pair
With Esther being their relationship counsellor, Ike and Mercy disclose what goes down in their ship. From revealing their different love languages to getting reassuring words from each other, the Icy pair did not fail to tell it all.
Video
Day 70: The Icy Reign
For the first time in Season four, Biggie’s House had two Heads Of House who also happen to be lovers. Mercy and Ike’s reign was a colourful one peppered with moments of romance.