Live Show: The Heat On The BB Naija Stage

News
11 August 2019
No one went home, instead, some of the Pepper Dem Gang won big at the Live Eviction Show.
Get DStv PREMIUM

From the fire performances of the best Naija tunes to Ebuka’s A1 outfit game and the Housemates smiling to the bank with Millions, here’s how it all went down on the Big Brother Naija Live Eviction Show.

Ebuka With The Sauce
Dressed to kill as always, Ebuka mounted the stage to the adoration of the cheering audience in his patterned agbada threaded by DECO. Dripping in sauce, Ebuka did not fail to entertain us with all the extra spice the Live Eviction Show had to offer. With six weeks down the line, one thing Naija always looks out for during the Big Brother Live Shows is the inspiration styles the Host delivers to our screens. We can’t help but imagine the number of Nigerian tailors that have received requests to come up with similar designs to that of Ebuka's. 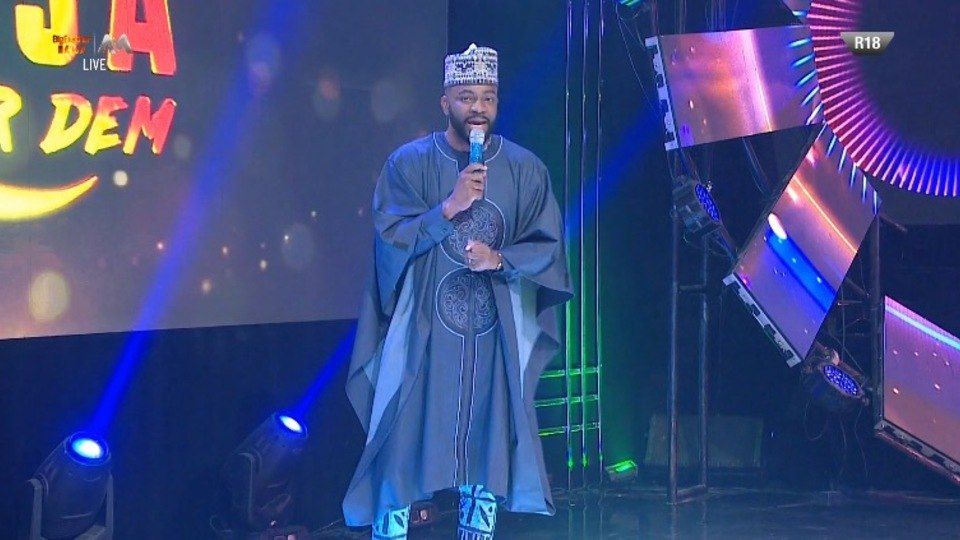 The Lit Pieces
Opening tonight’s Live Show and performing for the first time ever on the Big Brother Naija Stage was no other than Fireboy. How else can you light a fire to the stage than with Fireboy performing fire tunes? He turned up the heat with his hit singles – ‘What If I say’ and ‘Jealous’.  Thank you Fireboy, the Big Brother Naija stage will not forget having you adorn it.

Joeboy, also performing for his first time on the stage, did not fail to keep the ladies screaming as he thrilled them with one of Nigeria’s current anthems – Baby. Such a mad tune! Performing tire you, Victor Ad gave us some motivational vibes on the stage as each word from the lyrics got the crowd responding in excitement. It’s definitely motivation season as the ‘Wetin We Gain’ crooner gave us an electrifying performance alongside some inspiring choreography moves from his dancers on the stage. "If you no make money, wetin you gain?"

The Unravelling Confessions
In a moment of honesty, when asked about how she felt about the additions to the Pepper Dem gang, Mercy confessed that she wasn’t pleased about having more Housemates and in her words, “It’s a game, I want people to go and not to have more Housemates.” However, she’s now having fun bonding with all five of them. “Some people were probably lonely and needed company and if I understood the dynamics better, I would have done better,” Venita said about Frodd, when asked if she felt there were some Housemates that seemed to have changed towards her. Speaking further, she said Omashola and Frodd welcomed her in good light upon her arrival but they’ve now withdrawn, which left her confused and surprised at the same time.

Joe, when asked about his behaviour in the House, admitted to using sarcasm as a good strategy for him in the game. We can’t wait to see how well this plays out for him. On his affection for Venita, Omashola told Ebuka, “she make her choice, follow Frodd.” According to him, he’s disappointed in Venita and feels she did nothing but stab him in the back. Wow! Who knew that he had such bottled up feelings about this situationship?

The Winning Housemates
It seems this might the best Live Eviction Show for the Housemates. Not only did no one go home, but the Housemates also smiled to the bank with big wins. First on the winning list were Elozonam, Enkay, Mike, Jackye and Cindy. Ebuka announced their team as the winner of the Oppo Fashion Runway Task. They get to share a Million Naira and each gets an Oppo F11 Pro mobile phone. Elozonam was also on the next list of winners. He and Tacha won the Munch It Task and smile to the bank with a Million Naira.

The Housemates live to fight another day as they escape the hammer of Eviction. How will they do next week as Nomination for Eviction resumes tomorrow? We can only wait and see.

News
Shine Ya Eye Housemates tease us with Reunion tea – BBNaija
An exclusive first-look at the eagerly anticipated Reunion.
News
Big Brother Naija Returns For Seventh Season
Don’t sleep on fame as the online auditions open.
News
Ebuka set to dazzle on BB Naija Season 6
Back like he never left; our Host like no other, Ebuka!
News
Hello from the Diary Room – BB Naija
Want to hear from Biggie’s most trusted right-hand man?