News
26 July 2020
The first Live Show of Big Brother Naija Season 5 and the Housemates shared more than they knew.
Subscribe to Watch

After having survived a week filled with more ups and downs than an Olympic Trampoline event, our Big Brother Lockdown Housemates got a chance to share with Ebuka what had transpired during their first week together.

The show opened up with Ebuka obscured by smokey clouds, and through the dazzling visual effects, his double-breasted dark grey and black suit showed once again that Ebuka takes no days off from leading in the style stakes. After a brief introduction, Ebuka gave us a hint of all the topics he would discuss on the Live Show, with Tasks, tears, and tiffs taking the majority of the focus. 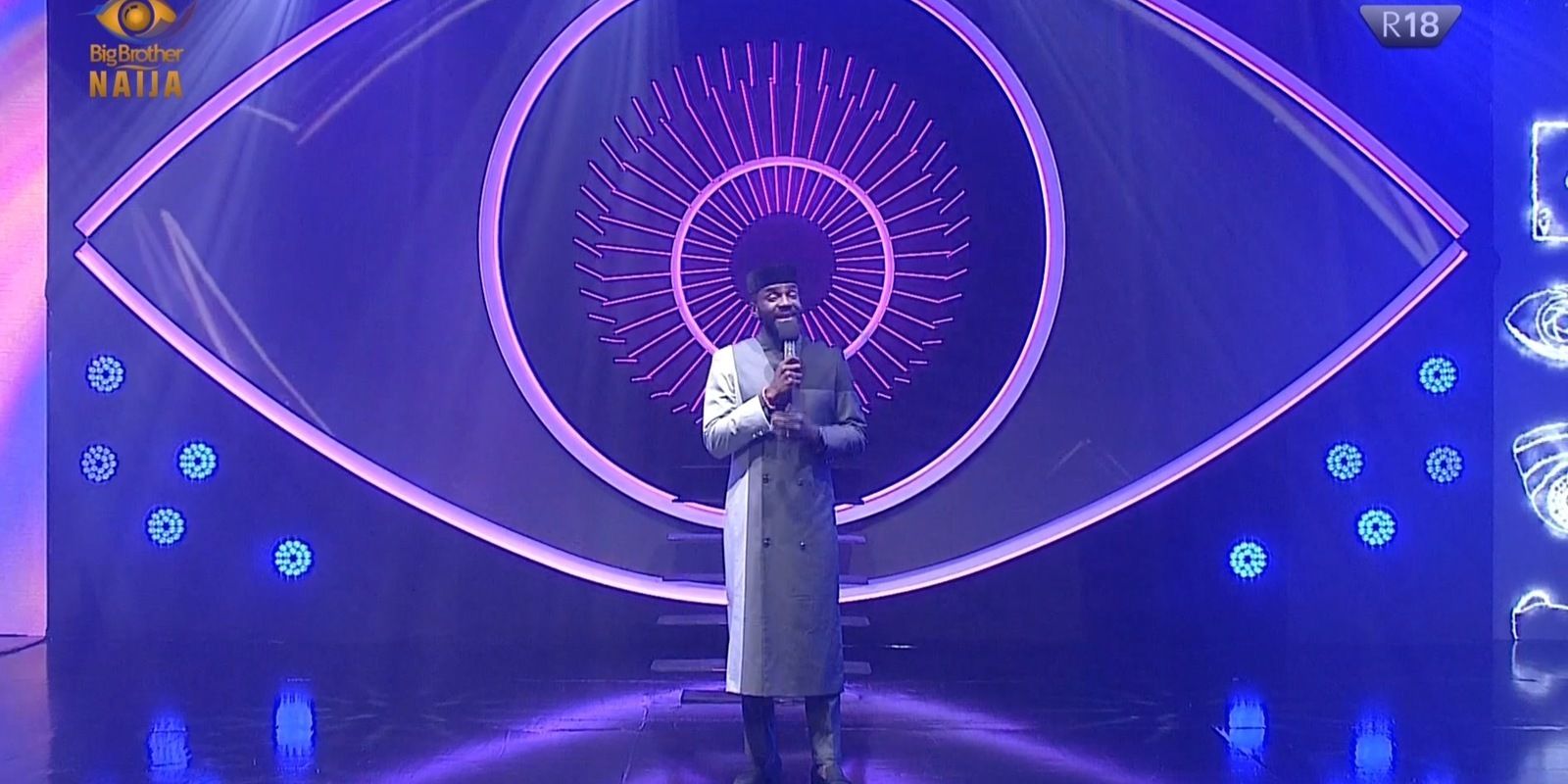 The Housemates were all gathered in the living room, dolled up and ready to head home, and Ebuka would periodically cross over to them to get their perspectives on issues highlighted by the recap videos. The first chat was with reigning Head of House Nengi, who narrowly defeated Neo to claim the coveted position. 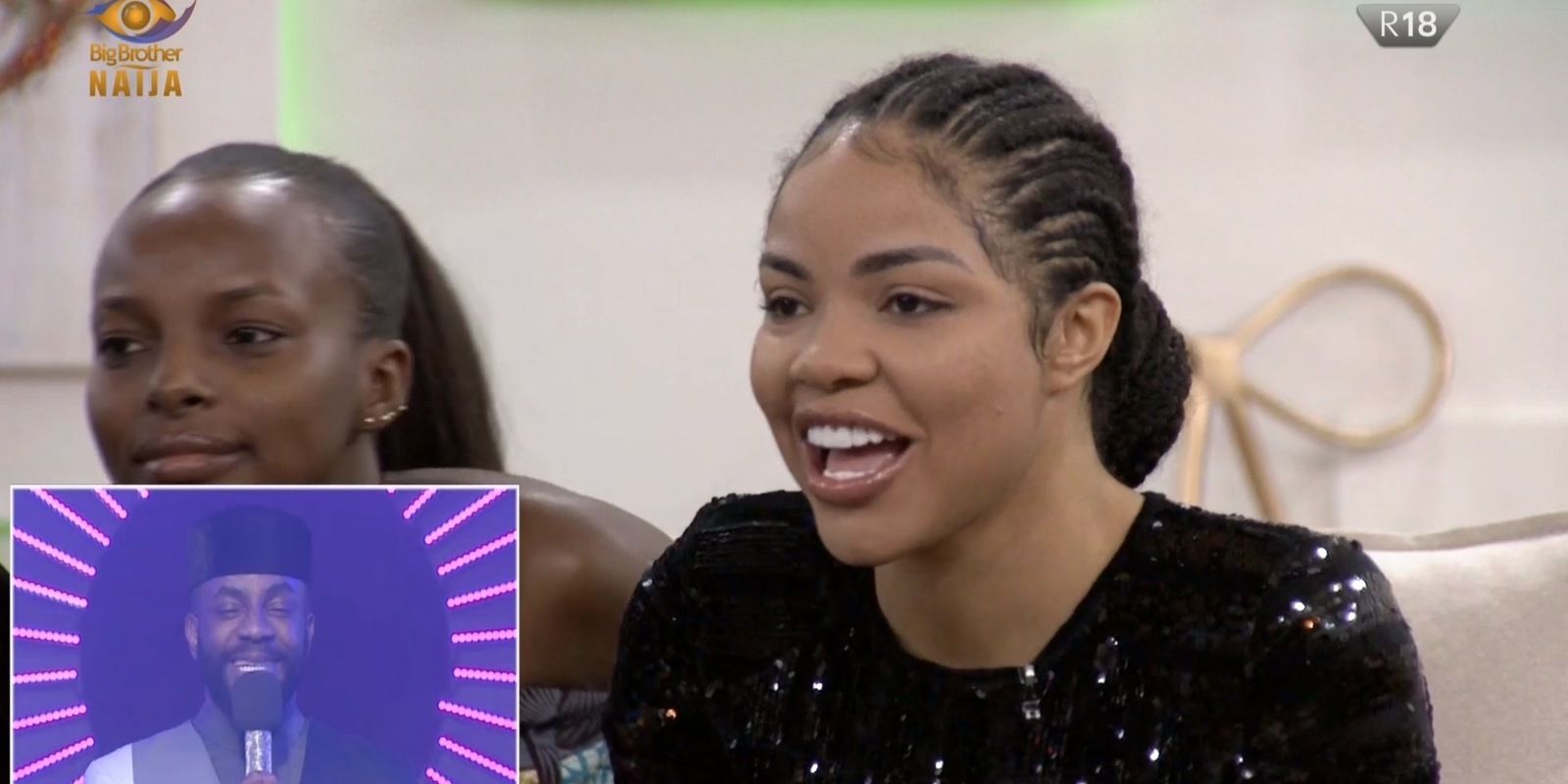 Nengi admitted to Ebuka that she was still surprised to have clinched the Head of House position and thoroughly enjoyed the perks associated with it. Nengi felt the Housemates did their best during the Tasks and the Wager, even though there was still room for improvement. 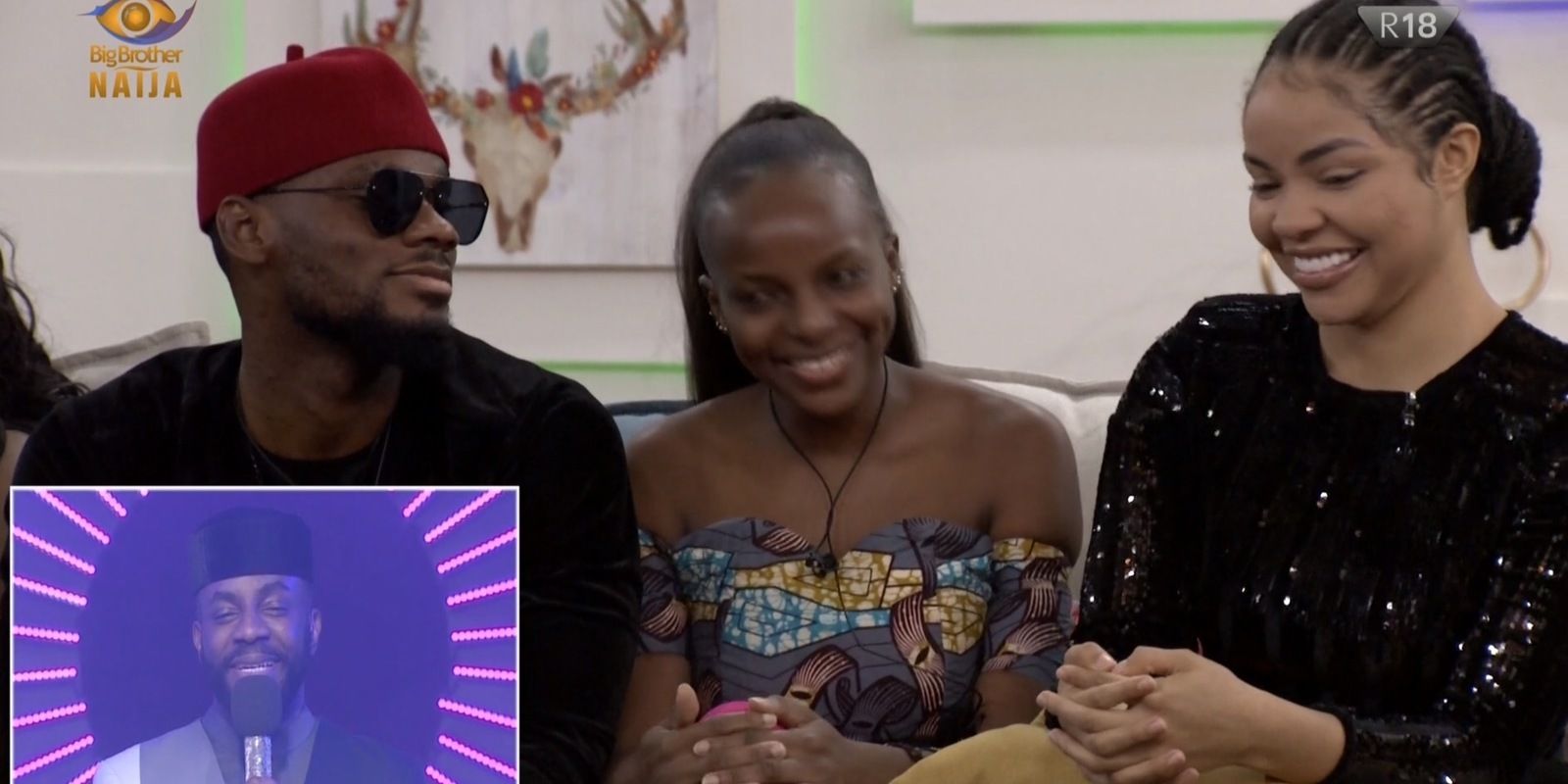 Ebuka then turned his attention to Nengi's Deputy Head of House, Wathoni, who let it slip that she thought she would chase a guy. When pressured for a name by our host, Ozo was sheepishly mentioned by her. 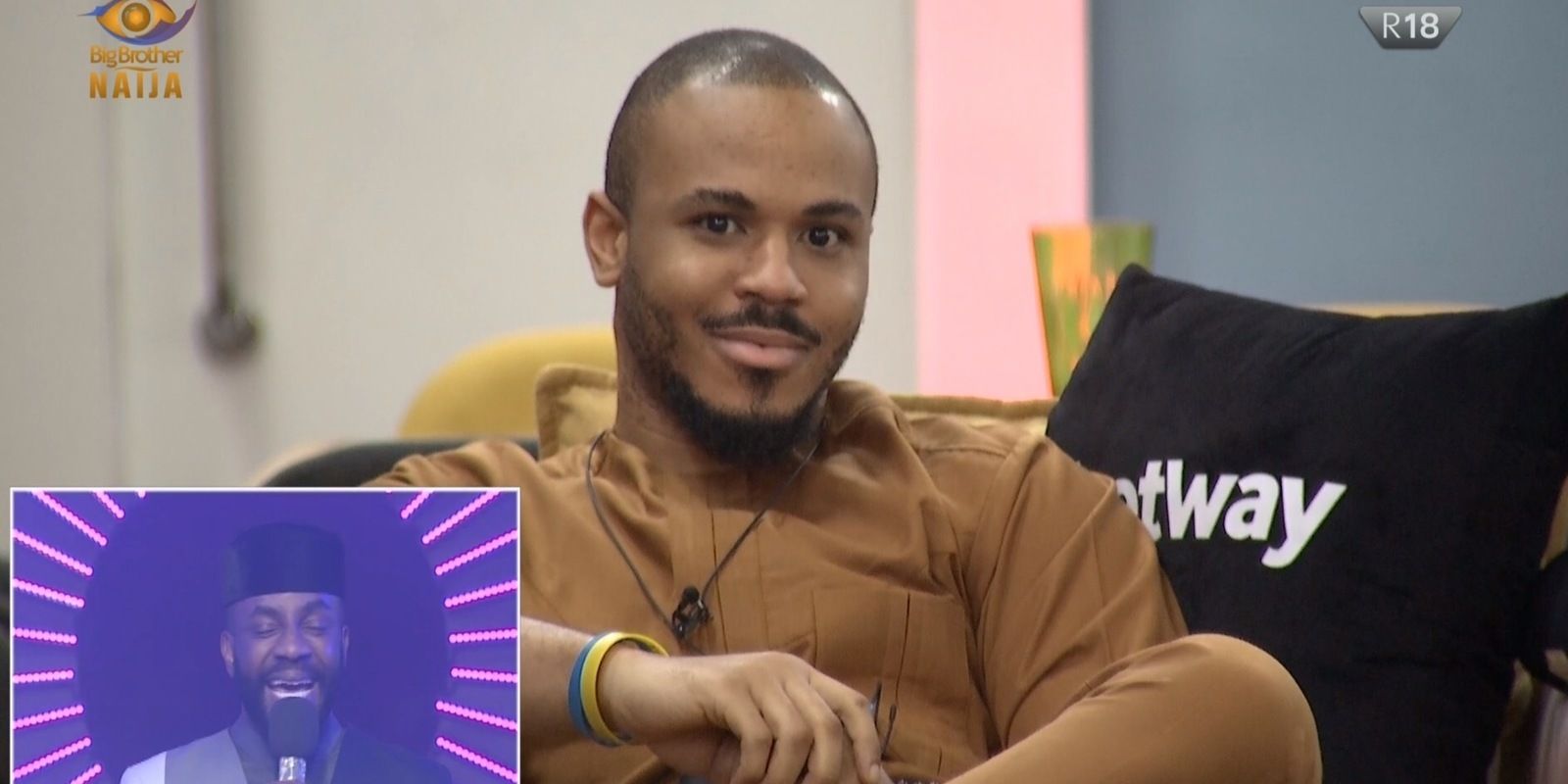 Next Ebuka gave us a review of the Diary Room Sessions that caused so much social media drama during the week. The conversation shifted to the spat between Kaisha and Lucy. Even though the pair said that this issue had been resolved, they continued to bicker as soon as they thought the camera was no longer focused on them and showed that the Housemates' smiles are plastering over deeper emotional issues. 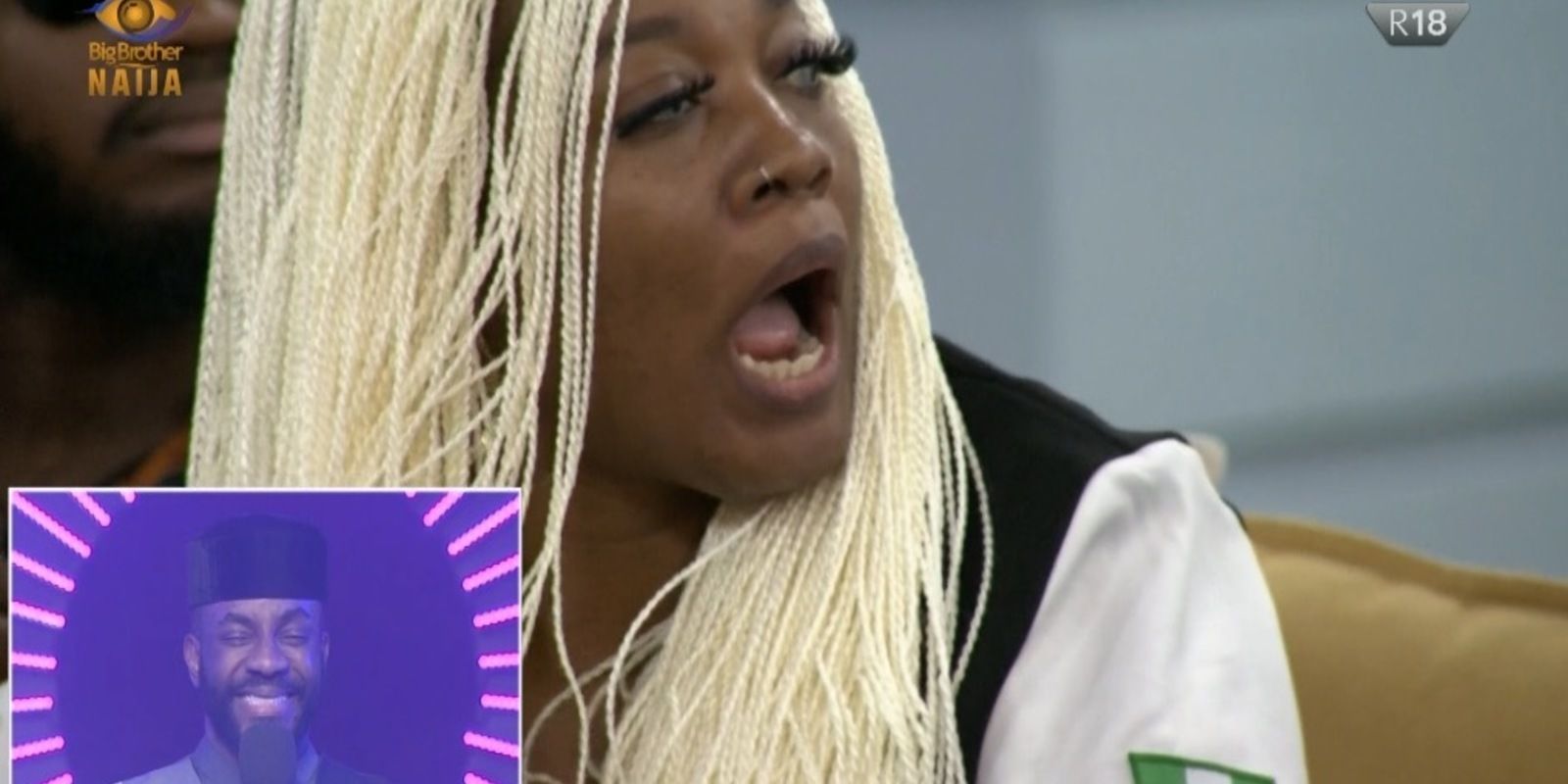 Ebuka then gave the Big Brother nation updates on how this Lockdown Season has grown, improved, and changed. Of the many additions, the most prominent has to be the changes in voting protocols. Now the Head of House and the Deputy are not eligible for eviction. From now on the public votes are tallied from Monday to Thursday to determine the final four who will be up for eviction during the Sunday Live Show. Housemates then make the final decision on who out of the final four will be packing their bags. Find out more about the changes and how to earn more votes here. The opportunity for fans to have their say was included into the Sunday's Live Show as Ebuka singled out a few topical tweets that trended during the week. With millions of fans worldwide, it's beautiful to know that every single one of them has a chance to have their say on Africa's biggest show.

The next Housemate to answer to our master interviewer was Ozo who used this opportunity to clarify that his favourite person in Biggie's House was Dorathy, and their connection was purely platonic. As far as emotions go, he let it be known the Vee is his preferred spec. 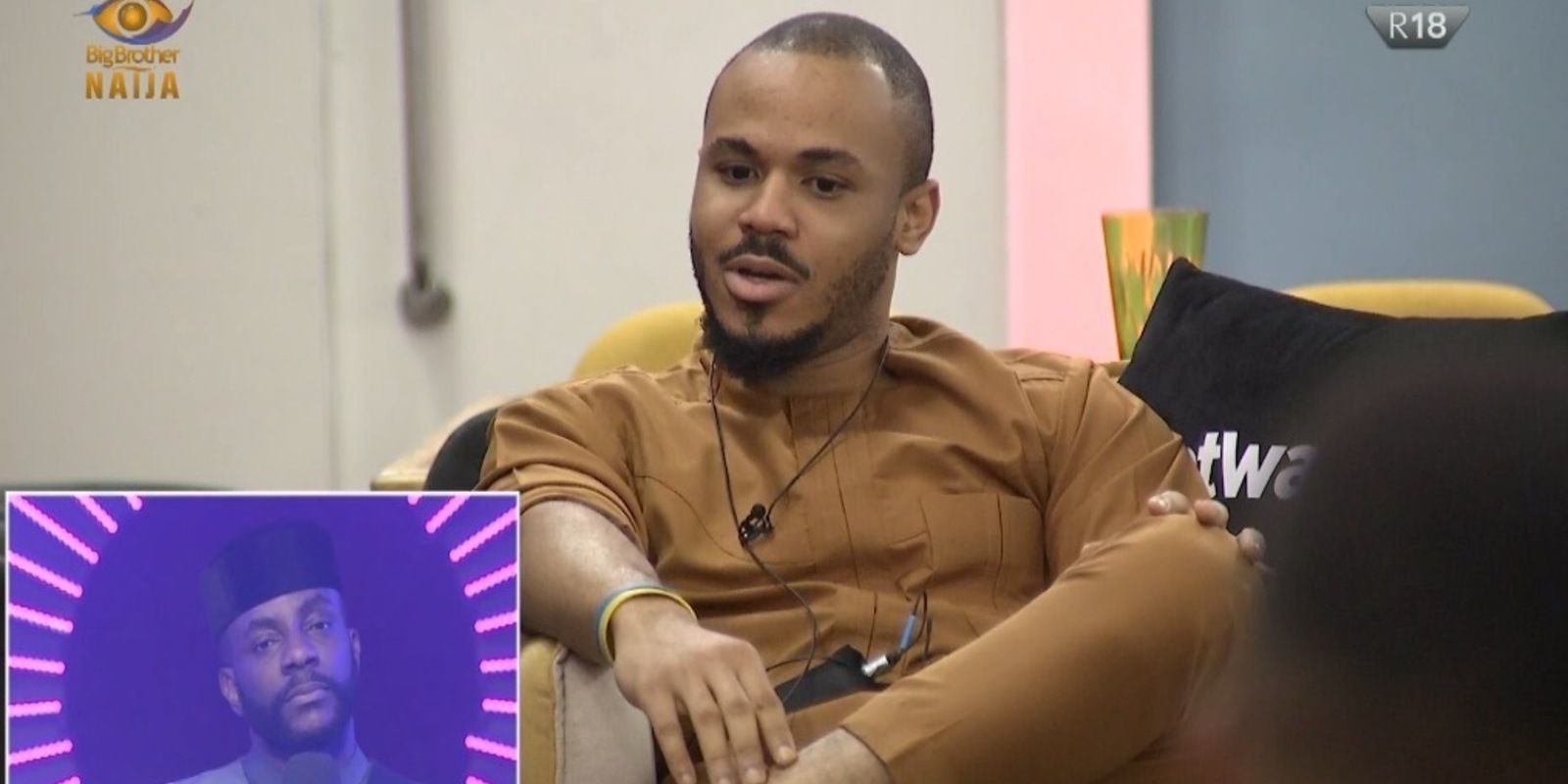 Vee didn't reciprocate Ozo's interest because she is completely smitten with Neo, even though she insists they are just friends. Vee let it be known that she feels Neo is a perfect gentleman and stated proudly that their relationship status was "kicking it." 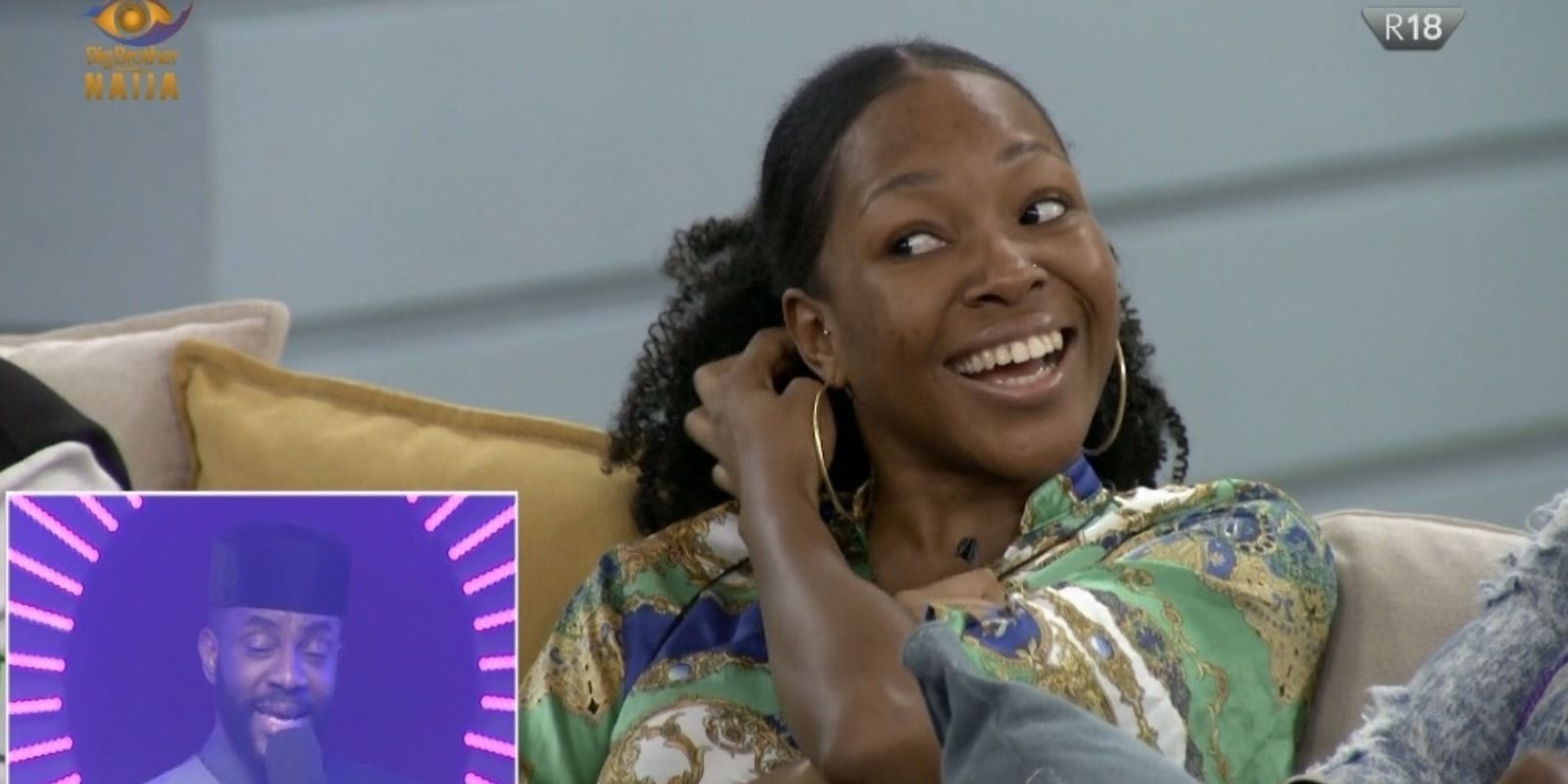 Ebuka then greeted Eric and said there was no need to discuss anything with him other than sending a greeting to Lilo. The smile on Eric's face said more than his response ever could have. 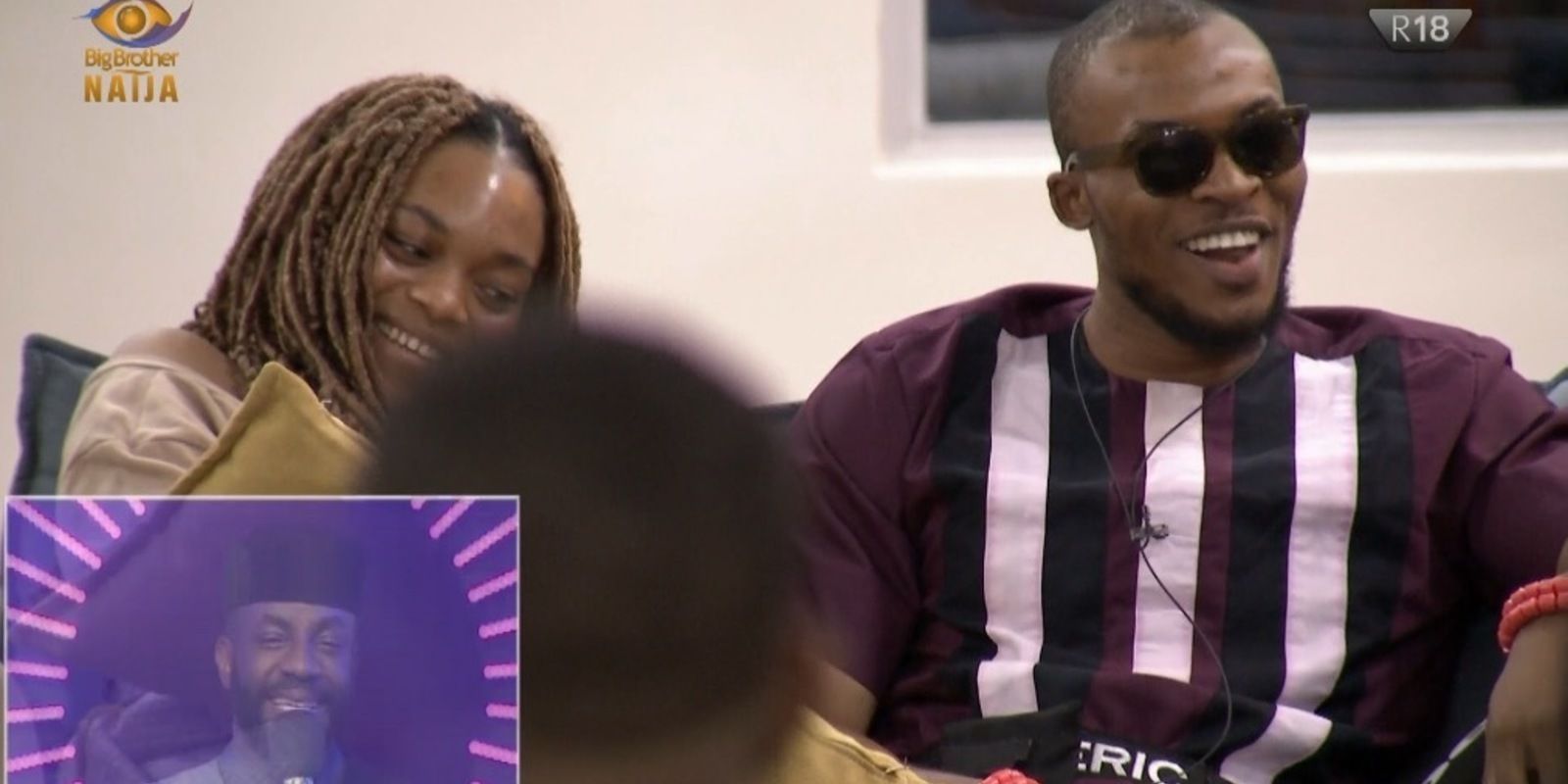 Tolanibaj was the next Housemate to have her say and let it be known that she wouldn't pretend to be something she is not! That is why she was still in her shell and taking time to observe her fellow Housemates. If this is her holding back then fireworks await us all when she fully emerges, 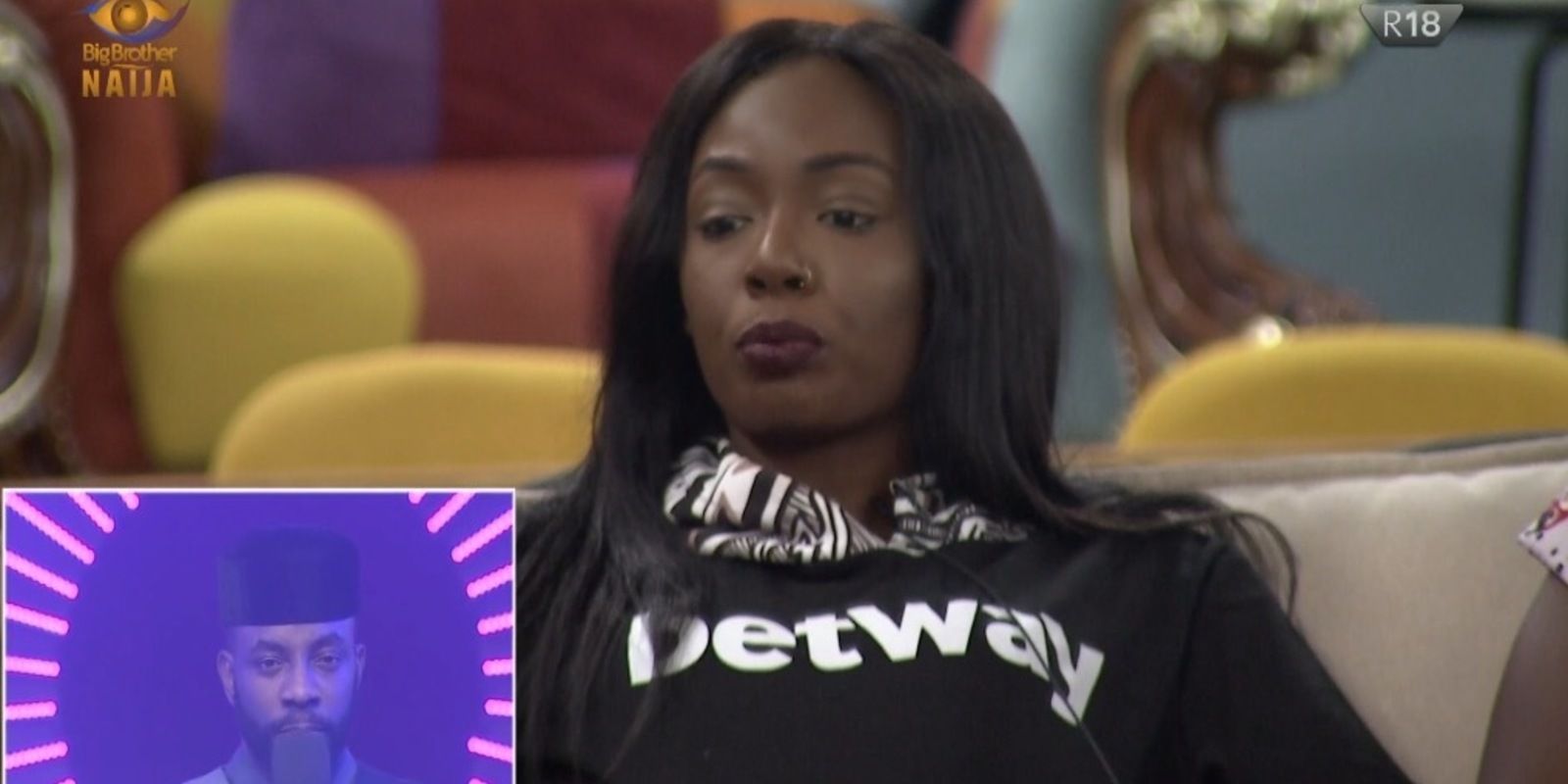 Tochi was the next Housemate to have their chit-chat with Ebuka and he had an interesting opinion on the cliques forming in the House."The couples are always together because of #CoulpeGoals, and it's a little hard for us, the single people, to move around with them." Tochi shared. Hopefully, his single state won't last too long for him. 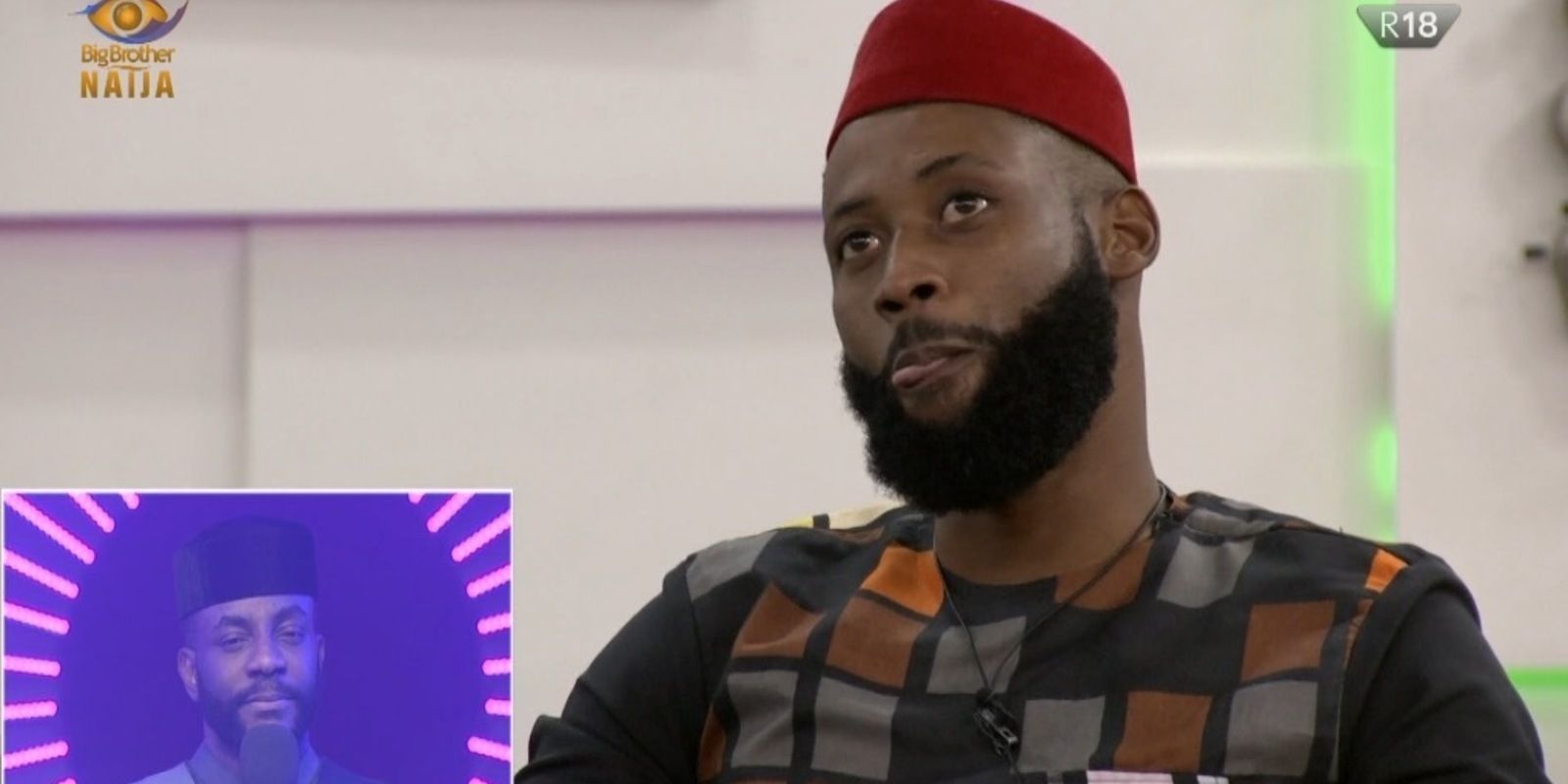 Ebuka then recapped the medically focused Arena Games challenge that paid a beautiful tribute to all the front line medical professionals leading the charge in the war against the Corona Virus. The game was a beautiful link between the Housemates' isolation and the world's present predicament. 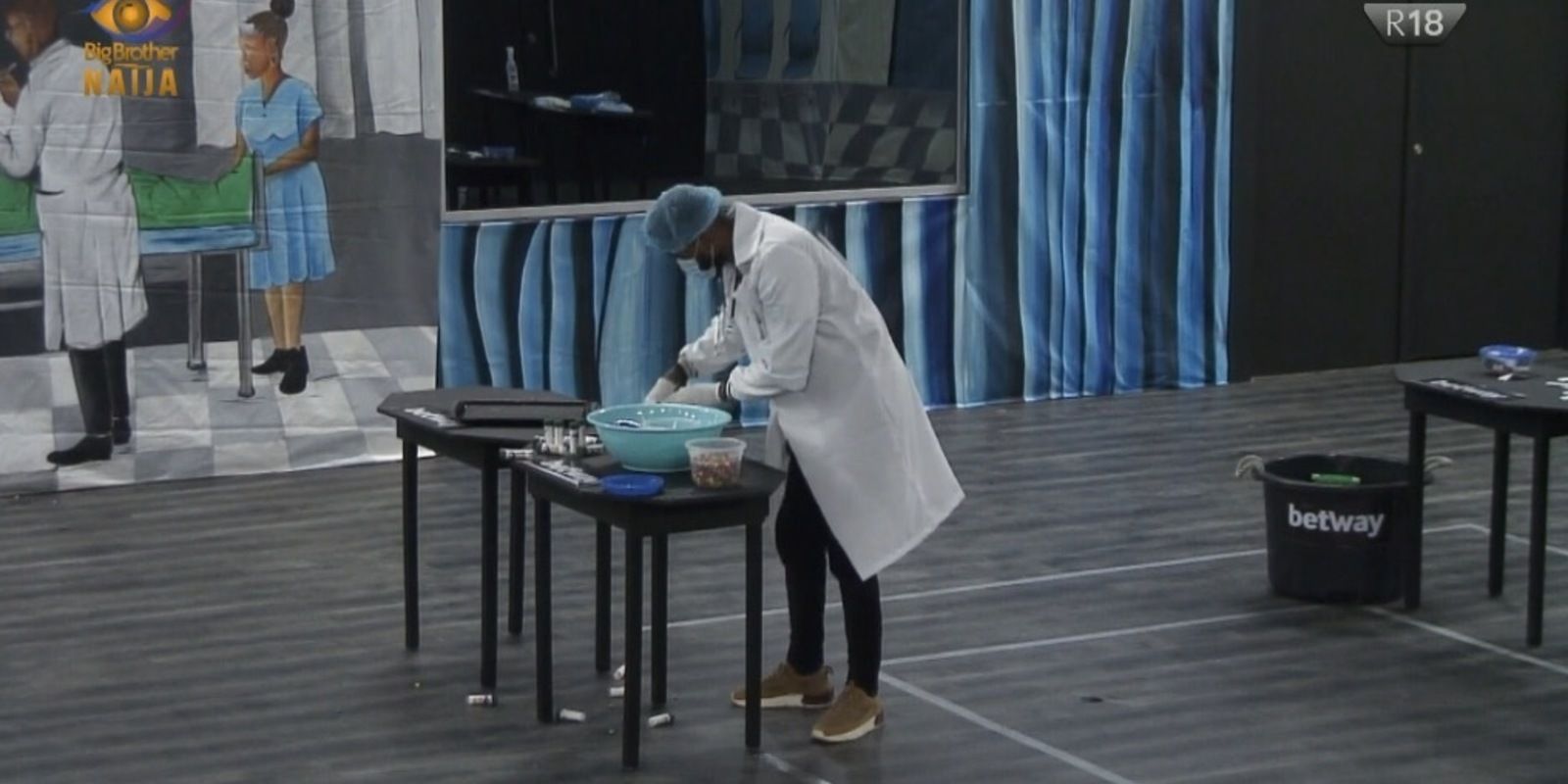 The conversation then returned to House matters with Ebuka learning that Kiddwaya felt no pressure whatsoever to get into a relationship, and preferred to let them form naturally. The always lively Trikytee chimed in that he could see the pressure getting to his fellow Housemates. Ebuka relieved all their collective pressure when he mentioned that nobody would be going home this week which elicited a huge sigh of relief from the entire group. Nobody is going home, but next week will be different. Tune in next week to see who will be saying goodbye and taking us one step closer to crowning a Big Brother Naija Lockdown winner.

Video
Exit Interview: Joel speaks on overcoming his fears – Nigerian Idol
Joel opens up about how he felt making it to the Top 12, his favourite part about being on the Nigerian Idol Live show and the Contestant he would like to work with when the show is over. He also speaks about his most memorable time on the show.
Video
Zadok: ‘Wish Me Well’ by Timi Dakolo – Nigerian Idol
Zadok performed Wish Me Well by Timi Dakolo seeing as it was the song he performed with the choir during the third Live Show this Season.
Video
Progress: ‘Uncle Suru’ by Jon Ogha – Nigerian Idol
Uncle Suru by Jon Ogha made a comeback to our screens thanks to Progress’ performance of the song with the choir on the third Live Show of the Season
Video
Zadok: ‘Soul Provider’ by Michael Bolton – Nigerian Idol
Soul Provider by Michal Bolton was definitely a hit performance by Zadok and the Judges felt the same way because they chose it as their fave performance for the Season. He recreated the magic from his first performance this Sunday as he performed the song on the Live Show.