News
19 March 2017
In yet another twist, this weeks Ultimate Head of House challenge is the most important one yet.
Subscribe to Watch

Biggie told the Housemates during the show to make their way to the Arena which was awash with colour as the Housemates were greeted with an Arena full of balloons. where they were to compete for a very important Head of House challenge. They were told that this was the Ultimate HoH Card and he told them that the meaning of the card would be revealed on Monday Night.

With ThinTallTony out of the running, would Bassey carry on with his winning streak that was temporarily halted on Friday by TTT? Ebuka told the Housemates to go into the Arena where they were met with a huge amount of balloons. They had to pop the balloons and search for the letters that spelled the words - Head of House. The first person to successfully spell the word out would win the new title of Ultimate Head of House 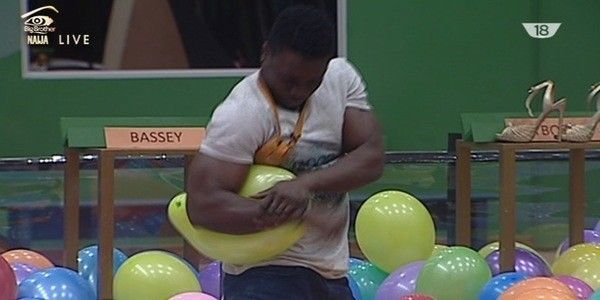 Biggie told the Housemates to Freeze and then got them popping balloons again, telling them to first pop the balloons using their bums and then their hands again. In a laborious Task, the sound of poppingt balloons filled the Arena as some of the Housemates got visibly flustered. TBoss was obviously wanting to win this one as each piece of paper that didn't correspond to what she needed was thrown to the floor angrily.

Debie-Rise desperately searched for a "d," so close yet so far. Biggie opted for a game of patience, this time. Bally looked daunted by the sheer volume of balloons in front of him as he and Bisola discussed the futility of the Task ahead. Debie-Rise came close but eventually, a triumphant Efe held his spelt words and was pronounced the new Head of House. 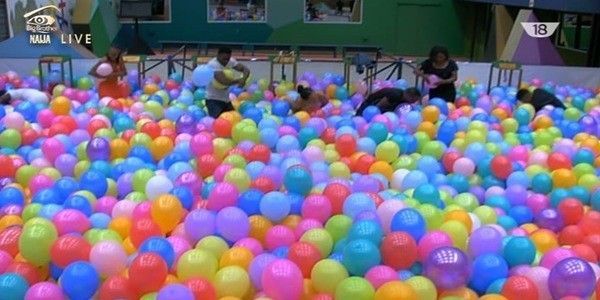 Video
The Buzz: Glory Elijah gives her take on the HoH title
The BUZZ on Showmax is back! On this episode, Toke Makinwa chats with Glory Elijah who gives her take on the HoH title and the circumstances surrounding it this season.
Video
Day 16: HoH remains on Level 1 as Adekunle wins– BBNaija
Level 1’s Adekunle squared off with Pharmsavi and Khalid for the HoH title in a challenge where they had to recreate a beaded necklace using a picture that Biggie gave them as a reference.
Video
Day 85: Seyi Clinches His Third HoH Title
After an intense challenge, Seyi won the Head of House making it the third time in the Pepper Dem House.
News
Day 85: Seyi's Third HoH Title
For the third time, Seyi has won the Head of House title.