Day 6: Green Gets The Trophy

It was a cheerful scene as the Housemates walked into the Arena for the first time marking the beginning of the Bet9ja Arena Games. Apart from the excitement of finally getting into the Arena, seeing their faces painted on the walls of the Arena also made the Housemates erupt in joyful celebration as they eagerly rushed in.

Welcoming them to the Bet9ja Arena, Biggie stated that the Arena doors will be opened for fitness and exercise from next week Monday, on selected mornings. These sessions were mandatory and all Housemates must be present or risk punishment.

On to The Games

In line with the usual Big Brother tradition, Housemates will be competing in the Bet9ja Arena Games every Friday evening until their time runs out in the House. Housemates get to compete as individuals or as teams, depending on what Biggie decides and there will be Bet9ja coins at stake every Game Night.

The three Teams all completed the Game setting different records with the Green Team setting the best time record and the Red team coming in a close second. The Course which had seven challenges was completed like a relay. 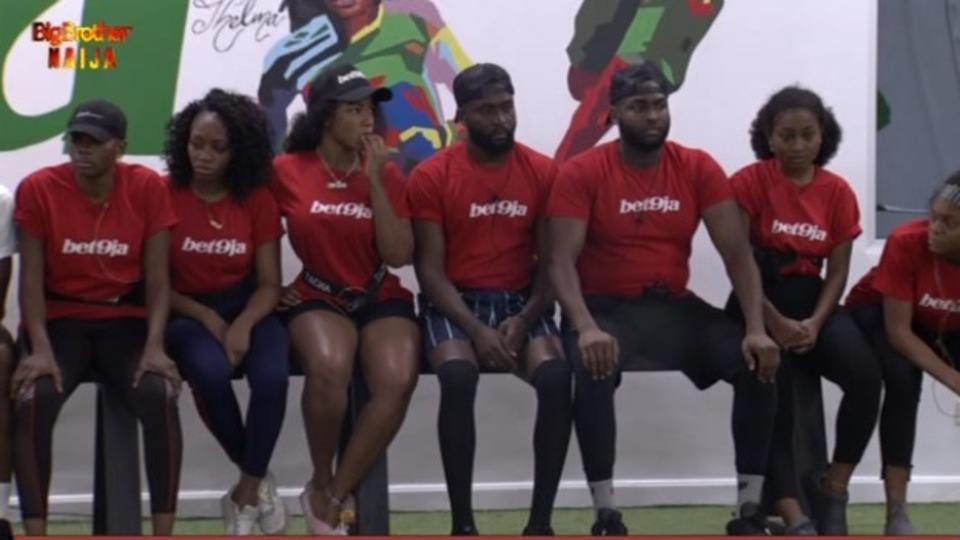 Not understanding the Rules gave the White Team an opportunity to start afresh with Jeff kicking off the challenge by shooting a ball through the Basketball hoop. Although he missed the first few times, he was able to get his composure and get the Game going. After enduring six more challenges that included a penalty kick, bouncing the ball on a tennis racket, rolling the ball into a square, golf challenge, a high jump and a final sprint towards the Finish line. In the end, they were able to finish in 1:55 minutes.

Gedoni missed a lot of his shots into the Basketball hoop, but eventually overcame and pushed the Red Team to complete the course in 1:51 seconds.

The Green Team were the last to participate and from the look of determination on Omashola’s Face, you could tell they were going for the title. Making his first shot at the first attempt, Omashola set up the Team for a finish in record time and become the Winner of the first Bet9ja Arena Games. 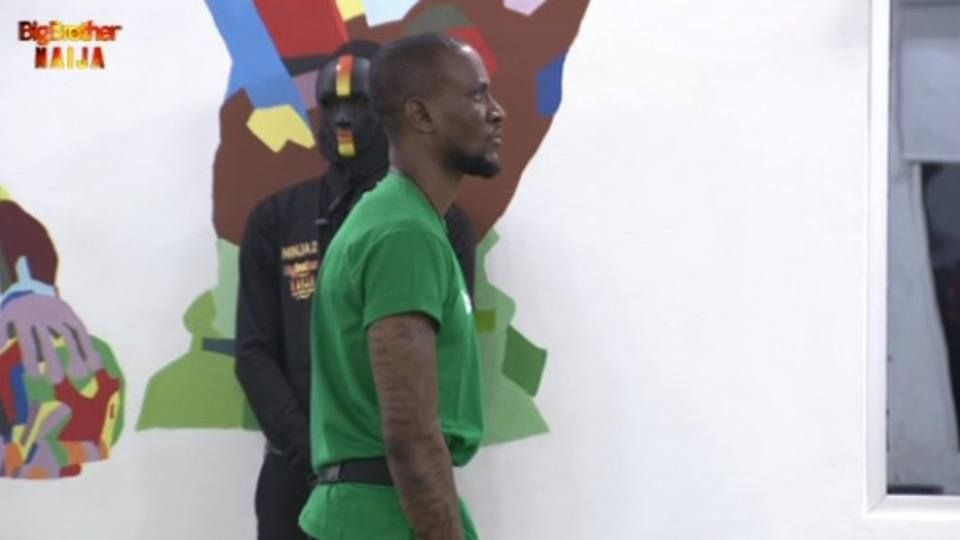 For emerging Winners of the Bet9ja Friday Arena Challenge, the Green Team walked away with 100 Bet9ja Coins for each of the Team members. Up next were the Red Team members who each received 70 Bet9ja Coin for coming in 2nd place. The White Team which unfortunately came in last didn’t receive any Bet 9ja Coins

With the fate of some of the Housemates hanging on how much Bet 9ja Coins they had, some had a reason to rejoice as they earned themselves additional Coins. For some, the pain of losing and the threat of Eviction might push them to desperate measures. “I’ll beg, Hustle or steal to get this money,” Ike murmured. Clearly, this weekend is going to be interesting.

Video
Day 63: Cross and Angel's besties playground – BBNaija
Cross and Angel's "friendship" gets cosiers as they spend their day engrossed in sensually teasing games and provocative flirts.
Video
Day 71: Liquorose gets a party recap – BBNaija
Last night's party was a bit of a blur to Liquorose and Emmanuel is kind enough to give her the good, bad and ugly details of it all.
News
Day 26: Sir Dee Gets Reward For Best Detective
The Housemates continue to relieve some of their childhood fun as they play detective in the Bet9ja Arena Games.
Gallery
The Finale Games
The finale Bet9ja Games was fun as the Housemates entertained us with their football skills.