News
01 August 2017
Daniel and Favour get to swap Teams for the Lives.
Subscribe to Watch

What Coach Patoranking wants, he gets! He just waits for time and chance to present itself, then he goes after it.

This proved true during the start of the Battles stage on Sunday, where the Team “Sky Level” Coach waited for the right moment to STEAL Daniel to his Team, after his enchanting Battle with Efezino. 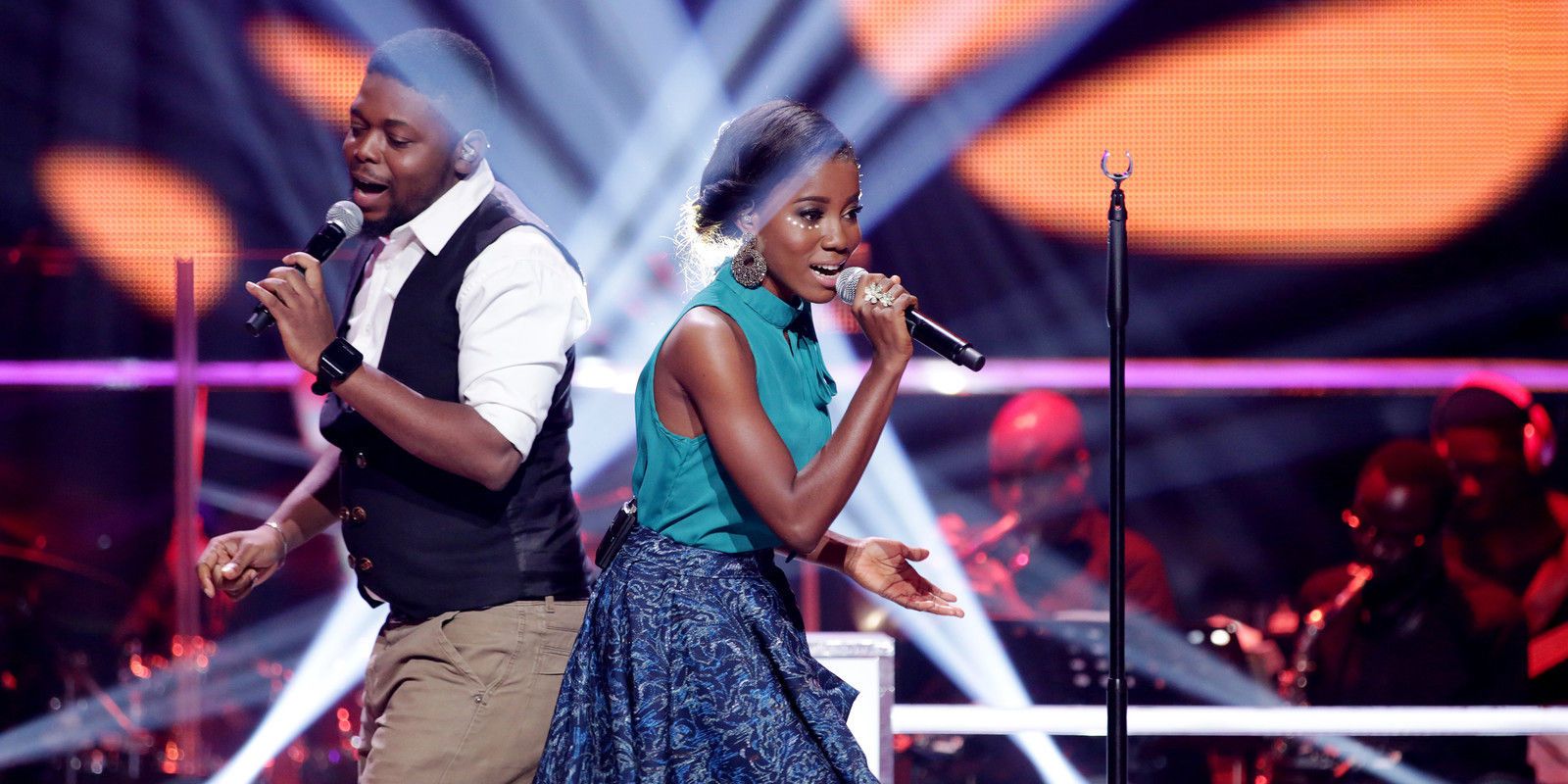 Patoranking had always wanted Daniel on his Team. He “fought” Coach Waje for him during the Blind Auditions when they both turned for him but unfortunately, Coach Waje won Daniel over with her lobbying tactics.

Come Battles time, Waje picked Efezino for the Live Shows. Host IK Osakioduwa asked Daniel to say a few words before leaving the stage, to which Daniel obliged and as he walked off stage, Patoranking hit the STEAL buzzer! What an amazing moment for Daniel and he was not the only one excited about this, as his former Coach Waje jumped and screamed with excitement.

“Daniel, you’re not going anywhere! I said I was gonna wait for this moment. Things and times change and I told myself, let me just wait for that moment,” explained Patoranking, as he spoke to IK on stage.

In a rather “tit-for-tat” kinda move, Coach Waje made the second STEAL for the night and guess who she stole!? Yep, she stole #TeamPato’s Favour, after her electrifying Battle with KessyDriz. What a turnaround of events!

Both moves from the Coaches ultimately mean that Daniel is going into the Lives on #TeamPato and Favour on #TeamWaje. How will this change the Team dynamics and will we see more STEALS this week? Tune in this Sunday to find out!

Video
Love is a complex game – Dilemma
While Yolaine battles her feelings for Kanso, Noelle has started developing feelings for Kanan.
Video
Battle for the finale – Nigerian Idol
The race to the finale is getting to a climax this Sunday. Will your fave make it through? Tune in to watch on #AMFamily #AMShowcase and #AMUrban at 19:00 WAT.
Video
A double elimination – Amazing Voices
After performing in front of the judges for a second time, Nigeria's 121Selah bags themselves another 'golden voices' accolade, and Ghana's K3M and Apopearls get the boot.
Video
The Voice Nigeria season 3 on AM
Watch the third season of The Voice Nigeria on AM Showcase, Urban or Family on Saturdays at 8 pm, and see who gets our superstar coaches turning.