News
01 October 2019
Need some tips on how to chase your dreams? Get in here and get the first-hand gist from the Big Brother Naija Men.
Get DStv PREMIUM

The men in the Pepper Dem House had a gathering at the dining table to talk about life, luxury and purpose.

Indeed, Frodd is a businessman. From sharing useful tips on real estate, he moved on to sharing a story his father told about being purposeful.

According to Frodd, the temptation to live large is something every youth must learn to curb especially when they start to make money. When Seyi veered off the discussion, Frodd gave an example that if one has 10 million Naira, one should buy a car of just 10 percent, but if there is a purpose, one can buy something higher but be sure to devote the car for just that purpose. Seyi, however, agreed to this as he said, “cut your coat according to your material.” How many people will adhere to this?

“If you don’t package yourself, what do you want to sell?” Seyi.

Seyi made an instance of a friend of his who doesn’t own a luxury car but came to pick him up in one. He also went on to tell them how he was given an expensive watch to wear to complete the appearance they were aiming for. In his defence, you have to do what is needed to get your brand out.

Omashola, on the other hand, hammered on the importance of packaging and appearing flashy. To buttress his point, he uses himself as an example. When he was done, Seyi emphasised that he appreciates what Frodd said but he stresses it does not make sense trying to do too much as it ends up messing one up.

To Frodd, packaging is identifying your market and when Omashola asked him what was the difference between packaging and what he just said. Frodd said he is not a street boy and he knows his niche.

“Packaging is not English, na pidgin”. That was Frodd’s belief but Omashola doesn’t agree. Mike, who tried to follow the conversation just couldn't as he stared at them. On and on they went and to this point, we still don't what 'packaging' means to them. 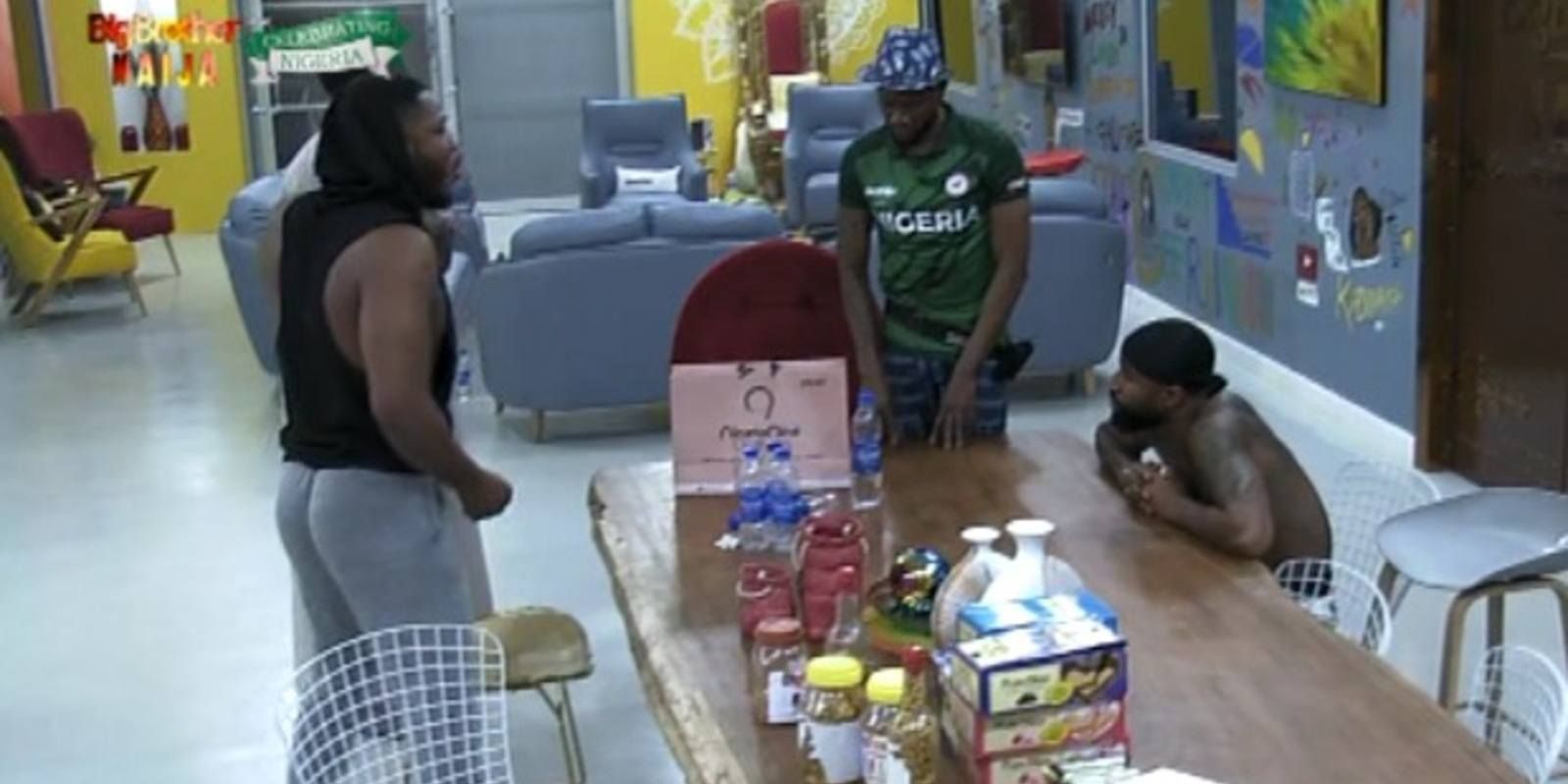 The way this packaging matter divided the men in the House was also how it caused some back and forth on the streets of Twitter. Let's take a look.

The ones who agree with Frodd

Frodd is making alot of premium sense this morning. Packaging truly sounds razz but seyi and omashola just doesn't want to agree that he is right #bbnaija

The other camp who think otherwise

Frodd I was beginning to like you at the start of this conversation, now you spoilt it again.

Packaging is Packaging, nothing like deviating. Why do you have to complicate matters everytime#BBNaija

The discussion ended at an impasse as the men could not agree on the real definition of packaging. Tell us, what does packaging mean to you?

Video
Day 69: Breaking bread and tables with Ebuka – BBNaija
It’s two days before Big Brother Naija Season 7 Finale and Biggie’s twists don’t end. The show’s Host, Ebuka, surprised Housemates with a visit into the House where they had dinner and as per usual, he asked some pertinent questions.
Video
Day 64: Daniella is shaken and Chichi quarrels – BBNaija
Just a few minutes after the Eviction of three Housemates and Ebuka’s table shaking, Housemates find themselves over-explaining and quarrelling about old business.
News
Day 69: The men table their daddy issues – BBNaija
Present fathers can be a pivotal part to how an individual turns out. Some of the geng however, did not get this privilege and they feel some way about it.
News
Day 56: Ebuka's table shaking moments – BBNaija
Awkward BBNaija moments we live for thanks to Ebuka's insightful questions.