The surprise Eviction wasn’t the only twist for the night, No! Biggie wasn’t done just yet. There was more! He decided to switch things up with a huge carnival that had Housemates from Big Brother Naija See Gobbe and Double Wahala edition in attendance to mark Nigeria’s independence with the Pepper Dem Gang. The carnival was nothing short of spectacular or “Lit” as you guys called it.

Am enjoying every minute of the carnival. Nice one Biggie #BBNaija

Nothing pleases the Pepper Dem Gang than having guests come through and this time, they had more than they bargained for. From exotic dancers to fire eaters, and stunt stars, the carnival left the Pepper Dem Gang and their guests thrilled to the core. So good were these entertainers that they ended up making a second appearance on stage. 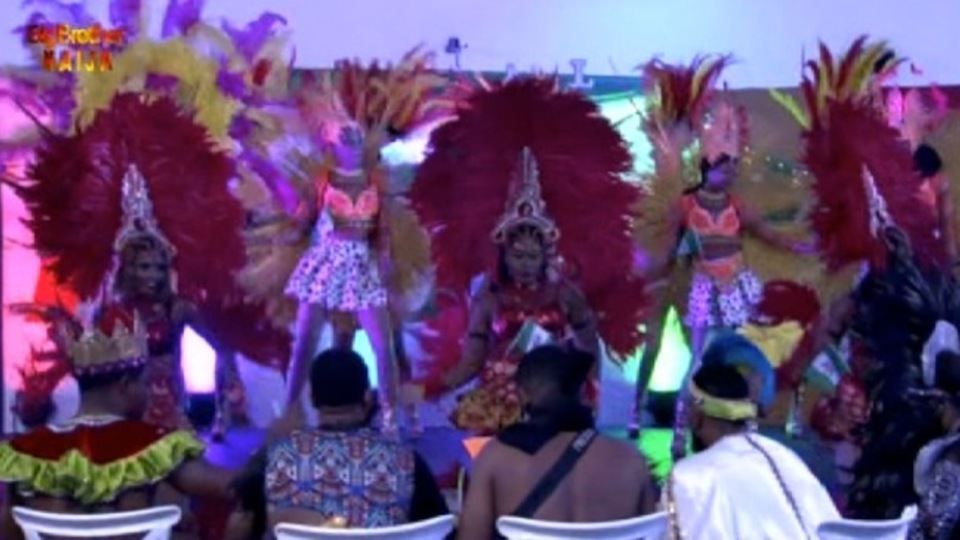 They might be ex-Housemates, but they had the internet talking about them like they had just been announced by Ebuka as the new Housemates in the House. 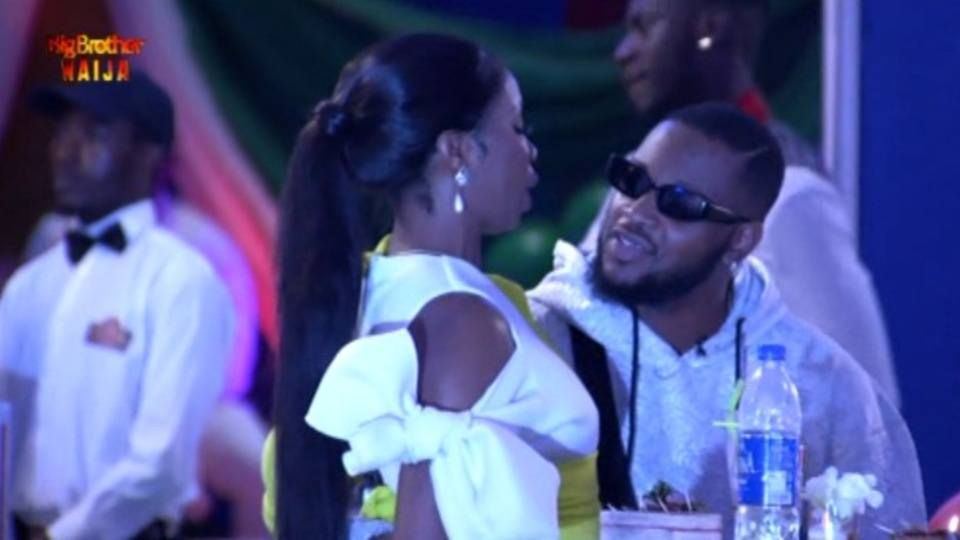 Just when we thought BamBam couldn’t steal more hearts, she went on to sing the National Anthem and you all fell in love all over again. 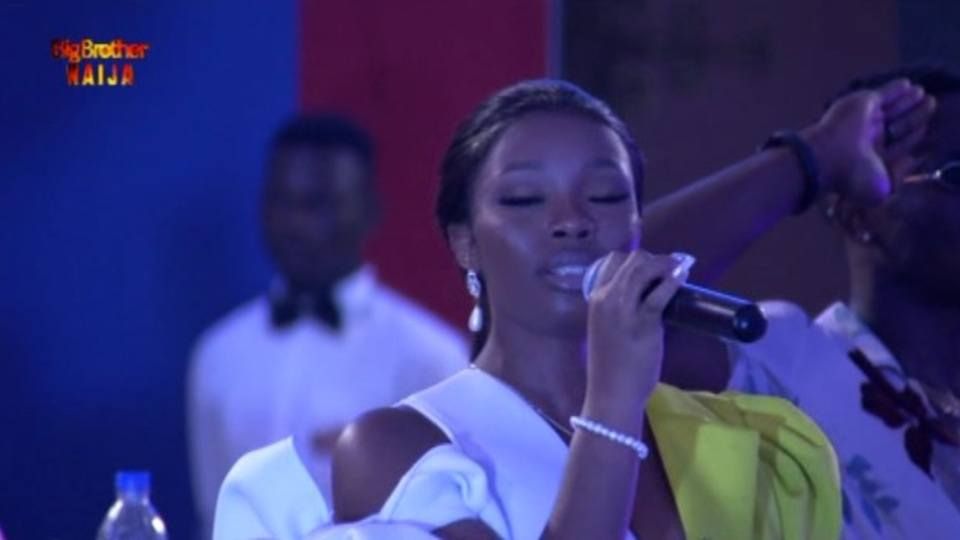 BamBam's rendition of the Nigerian national anthem is the most beautiful sound I've ever heard 😘😘😘😍 #BBNaija pic.twitter.com/UD1B0xmPJR

Bambam did justice to our national anthem. I felt proud to be a Nigerian once again. #BBNaija

The ex -Housemates must have missed the fond times they had at the Saturday Night Parties as they immediately got into the groove and were bent on reenacting those fun times. They had the dance floor on lockdown and as expected, it ended in a fun dance battle. 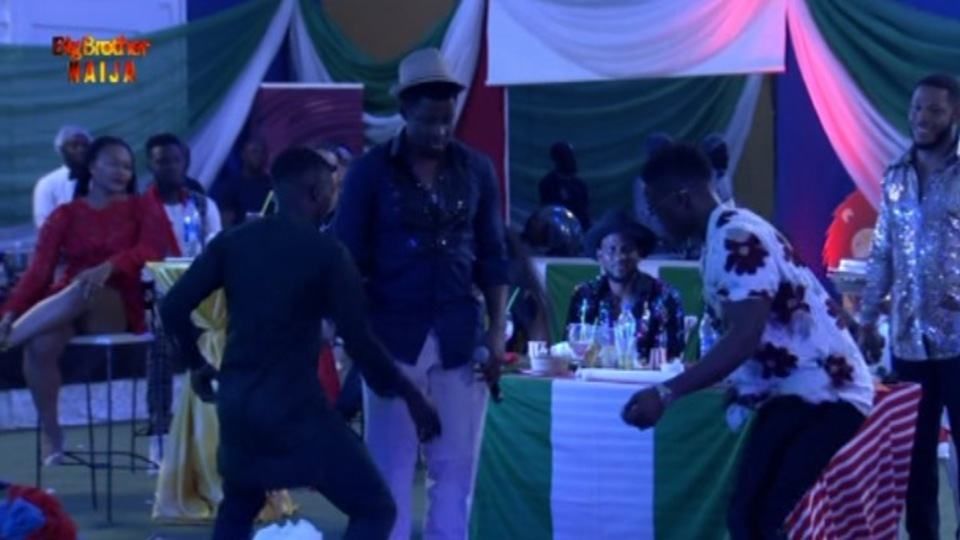 They sure left their mark on the dancefloor and you all saw it.

Heyyyyyy!!!
Lolu and Rico...#BBnaija Giving us the dance of Double Wahala

Bam teddy,Rico Swavey, Lolu, Vandora all giving me joy tonight but where is my Tobi now? Rico and Bassey wit the moves #BBNaija

Back In The House

“Biggie you broke my heart, but now you mended it,” Mercy screamed as she got back into the House making reference to Ike and Diane’s Eviction. Still nursing the hurt, she screamed out both their names and how much she missed them in the House. It’s just a couple of days left till the Finale, she just has to hang in there and she will reunite with her friends. 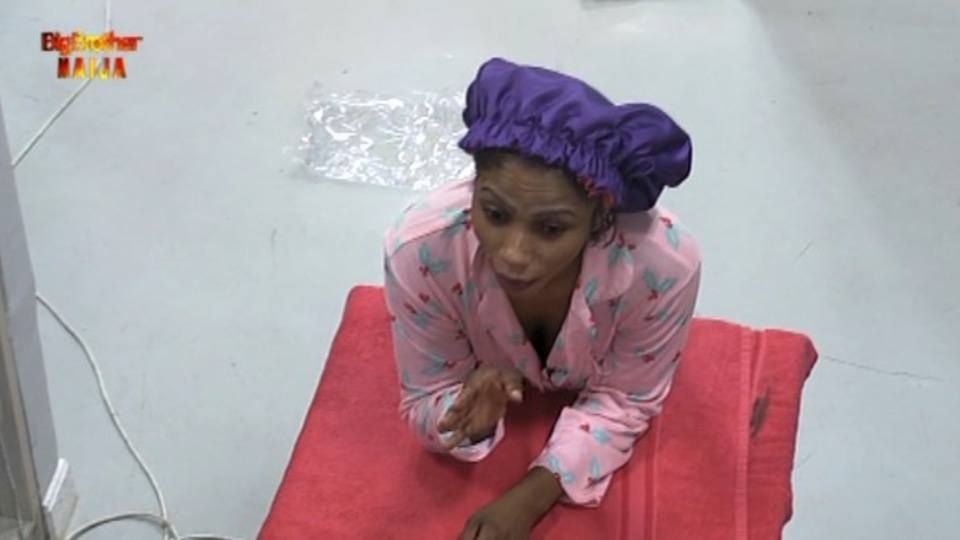 All in all, it was a great carnival and there's no better time than now to say Happy Independence Day, Naija.

Video
Day 68: Emmanuel toasts to Nigeria – BBNaija
As Nigeria celebrates Independence, Emmanuel makes a toast to an amazing future and more big wins.
Video
Eight events for 8th Edition – AMVCA 8
The Eight Edition of the Africa Magic Viewers’ Choice is going big with an eight-day plan lineup. Starting on 7 May 2022, the AMVCAs will host an Opening Night Gala, Runway Show, Young Filmmakers’ Day, Content Market Workshop, digital Content Creators’ Brunch, A Celebration of Africa’s Diversity; followed by the Nominees Gala, and lastly the BIG DAY, Awards Night on 14 May. The Eighth Edition of the AMVCAs is brought to you by Africa Magic in association with Multichoice and proudly sponsored by Amstel Malta.
News
Day 93: Different Sides Of The Draw
Diane and Omashola's fates changed with the draw and nothing was the same.
News
Day 93: A Sunshine Party
For impressing Biggie with their Lipton Task, the Pepper Dem Gang had a lit Party and Mike became the HoH.