News
09 July 2019
As instructed by Biggie, the Housemates act like the animals matching their different costumes.
Get DStv PREMIUM

In the Diary Session today, the Pepper Dem gang were asked to carry out a Task: each Housemate should act like the animal represented by their costumes. This should be done as soon as the buzzer goes off.

So shortly after the Diary Session in which the Housemates peppered us with some surprising relationship tales going on in the House, the buzzer was sounded and then the Show began. Immediately, the Housemates started to act like a bunny, lion, monkey amongst the different animals representing the costumes each Housemate was wearing. 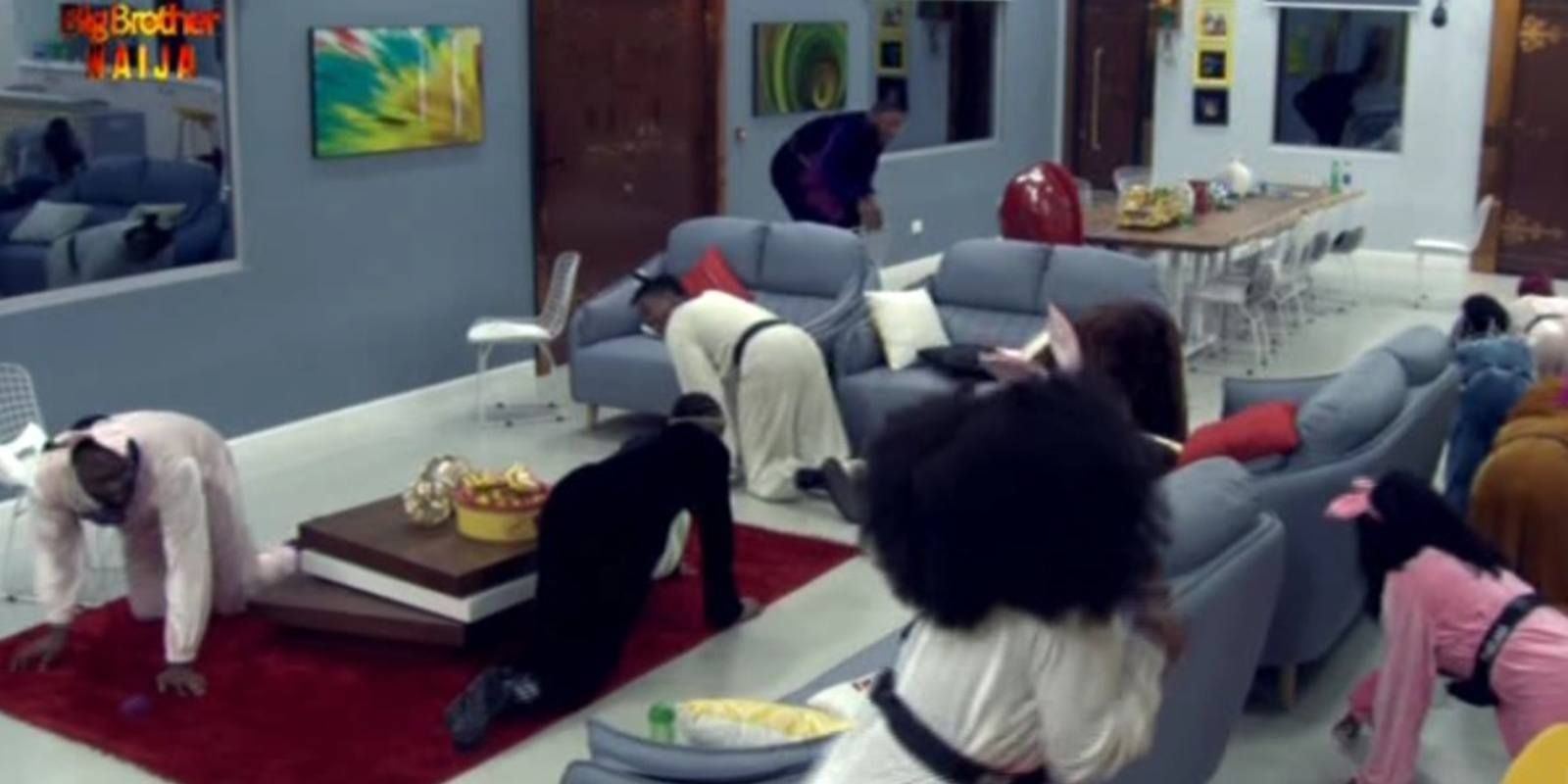 Mike appeared to be having fun with the Task as he was seen really acting like a dog. At first, he was backing cuddling a sheet, at other times we saw his mouth wide open revealing his tongue as dogs do. A moment later, Mike, the dog version was seen holding in his mouth a sachet of MunchIt. A hungry dog perhaps.

Seyi, Khafi, Diane and Omashola too were seen hopping about the room acting like the animal their costumes represented. Though Seyi acting as a fish had no water to swim in, he too had to improvise by merely using his hands like fins as fish do. Khafi’s flamingo had her wings flap about as she moved from one corner of the room to another. Omashola, as a monkey, had to improvise with MunchIt in the place of banana as he enjoyed each throw in his mouth for a while, before moving to the other part of the room. Amidst other Housemates, a bunny Esther was also seen hopping about the room like a real bunny.

After the buzzer was sounded again, the Housemates stopped immediately, with most of them happy the Task had ended. From the look on their faces, with many of them perspiring and some showing a sign of exhaustion, the Housemates didn’t seem to find the Task easy at all.

It’s Not Over Yet

A few minutes later, when the Housemates had already relaxed and rested and were rehearsing their play, the buzzer went off again. Of course, they all went back into action instantly.

The question is, for how long will they have to do this? With the way some Housemates beginning to respond slowly to this herculean Task, do we see some of them getting tired and opting out of it eventually? Time will tell.

Video
Day 69: The last Friday Task – BBNaija
Housemates took on a thrilling Abeg Task that tapped into their creativity – from creating a jingle to testing their sense of style.
Video
Day 69: The Chef making Task – BBNaija
The six BBNaija finalists put their cooking skills to the test as the Tribe Nigeria and Amazon farms Task gave them an unforgettable Kitchen experience.
News
Day 9: A Peppered Diary
The Dairy Session today has the Housemates reveal a lot about the goings-on in the House so far.
News
Struggling to Receive your Registration OTP? – BBNaija
Are you unable to receive your Registration OTP? Try these steps to deactivate DND on your phone number.