Day 87: A Movie Treat For Mike And Omashola

News
25 September 2019
Omashola and Mike get to enjoy the treat they paid for.
Get DStv PREMIUM 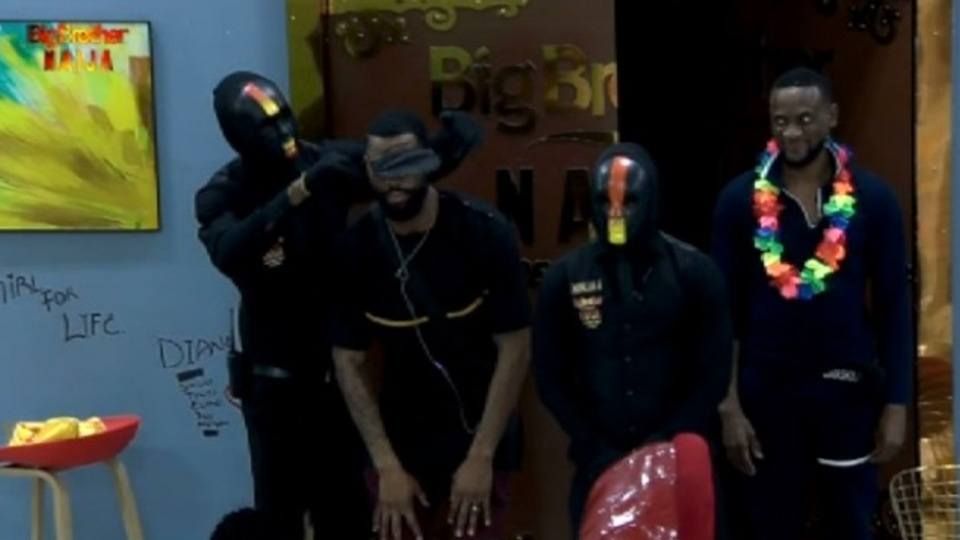 After having a splendid time out, Omashola came back to find out Tacha had wiped off the picture he drew of her in the group picture on the wall. Although she did express her concern about the drawing not looking like her earlier, Omashola still looked hurt but he was able to keep it together as he switched to chanting “Week of Happiness.” 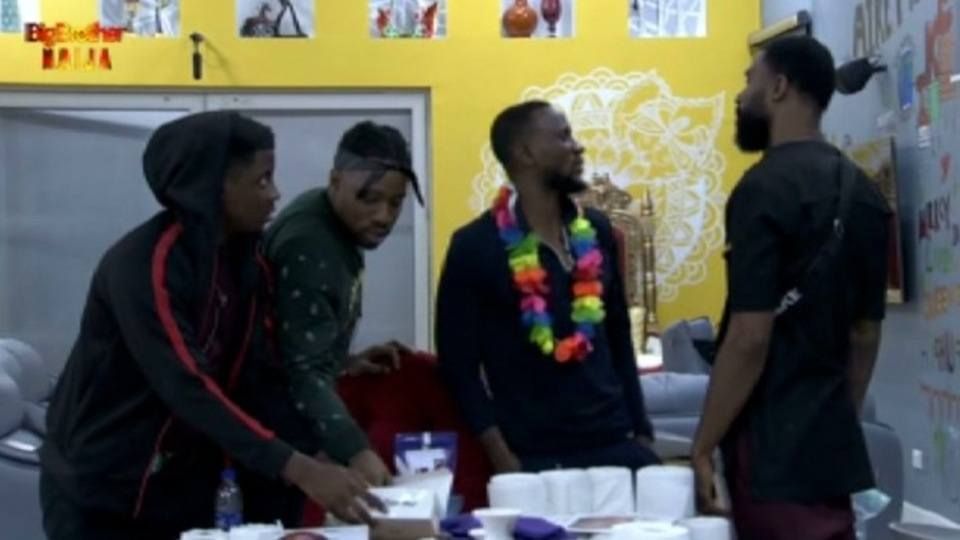 The picture did turn out alright and you guys thought so too.

Omashola did good with his paintings of his fellow housemates....and they all like n appreciated it #BBNaija

#BBNaija nice one omashola
Creative I like
I see my lambo there😍 pic.twitter.com/Hp0ohrVugn

The painting even cracked a few up.

If Omashola's drawing is not cracking you up, mehn you need help.

Rarely have the Pepper Dem Gang carried out a Task where they didn't end up having an altercation. The painting Task seemed to be one of those exceptions. Even when it seemed like there could have been one, it was immediately avoided and the Housemates seemed proud of their art. They were all delighted with what they accomplished.

These housemates can paint o

Video
Top 12: “Greatest Show and A Million Dreams” ft Judges and IK Nigerian Idol
The Top 10 alongside the Judges and IK open up the show with a beautiful performance of Greatest Show from the movie The Greatest Showman. This performance, ushers us into the performance of A Million Dreams by Progress and Zadok.
Video
Stan Nze secures Best Actor in a Drama award – AMVCA 8
For his outstanding act in the movie ‘Rattlesnake’, Stan Nze earned the award for the 2022 best actor in a drama (movie/TV series.
News
Day 87: Omashola And Elozonam Slide To An Oppo Win
In an Oppo Slippery Stairs challenge, Omashola and Elozonam emerged as the winners in today’s Task.
News
Day 87: “You Are The Biggest Groupie” Mike
Week of happiness or not, Omashola and Mike gave us some Pepper with their quarrel.