News
19 September 2019
Seyi, Mike, Elozonam and Omashola bantered about the ships in the Pepper Dem House.
Get DStv PREMIUM

After the Ultimate Veto Power Game of Chance, the Pepper Dem Gang had fun in the garden reminiscing interesting moments with some ex-Housemates. It started with a tease on Omashola and the Pepper Dem ladies.

On Ships That Never Sailed

We all know Omashola’s free spirit in the House and his usual ‘Warri…street!” mantra. But whenever the matters of the heart are involved, he seems to mellow a bit. Even Mike and Seyi noticed this. Jokingly, Mike said that Omashola was calm when Venita came into the House. Seyi added that when Khafi came into the picture too, Omashola was completely transformed. 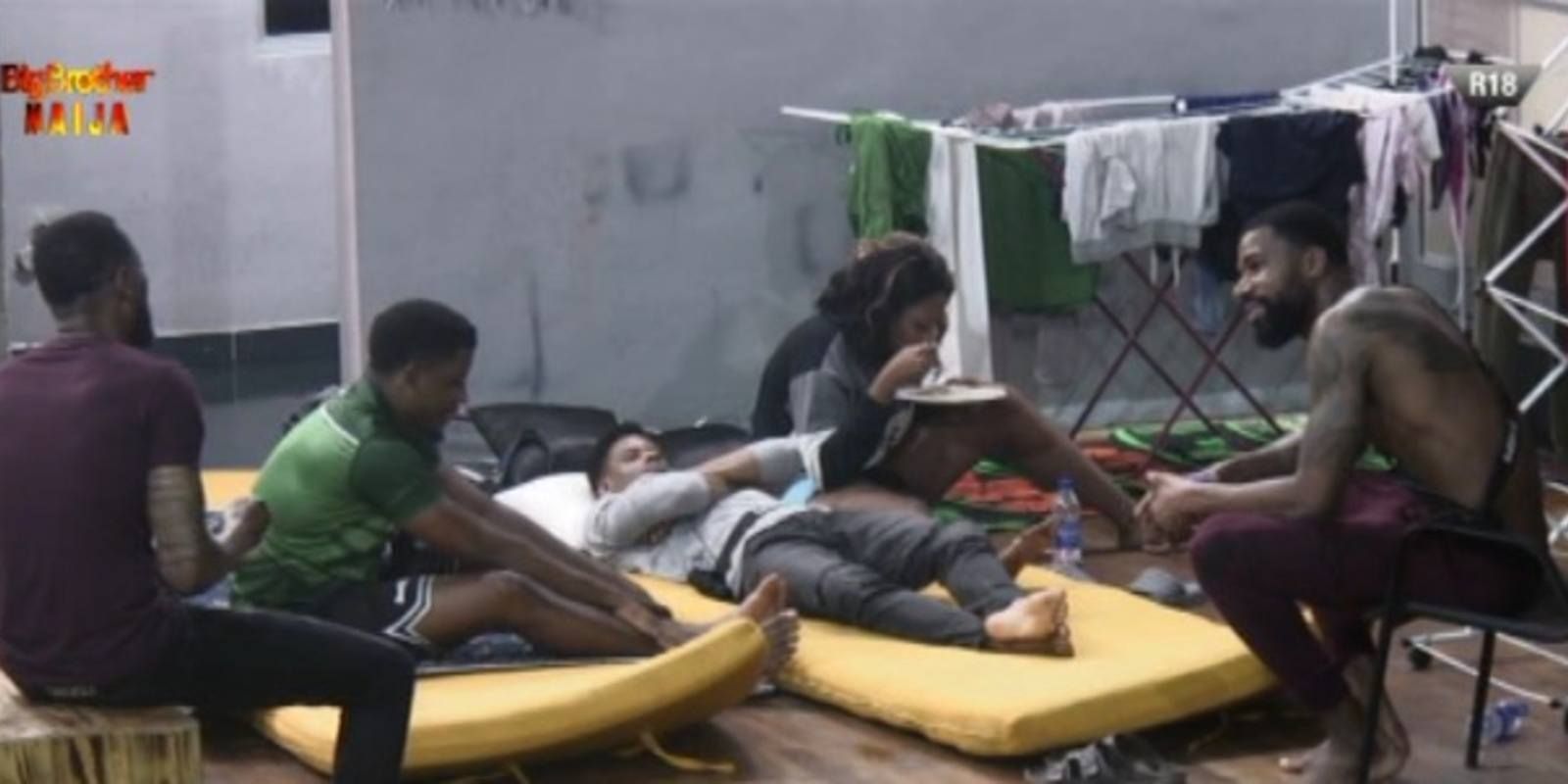 As the gist got heated, moving from one Housemate to another, the cruise in the Garden went on. Still, on the matter of the ships in the House, Seyi and Elozonam tried to make their explanations a bit clearer, so they drew a mathematical set on the floor to show the love triangles in the House. As the banter went on, they somehow got to the part where Tacha’s name popped up. At the mention of her name, everybody suddenly started acting funny. Seyi reclined on the mattress while Omashola said, “Let me drink more water.” We wonder if Tacha’s name now carries some weight with the way some of the Pepper Dem Housemates were reluctant to mention her in their discussions.

Unaware of the fuss the other Housemates were making about her name in the Garden, Tacha and Frodd reminisced their hustle days. Of course, in this discussion, we can already guess who the chief speaker was. Frodd took us on his hustling journey as an undergraduate. He said he was industrious as an undergraduate and was able to make a few bucks from his venture. As he said this, Tacha was only chipping in here and there. Is it us or we’ve seen that these two are beginning to get along pretty well? 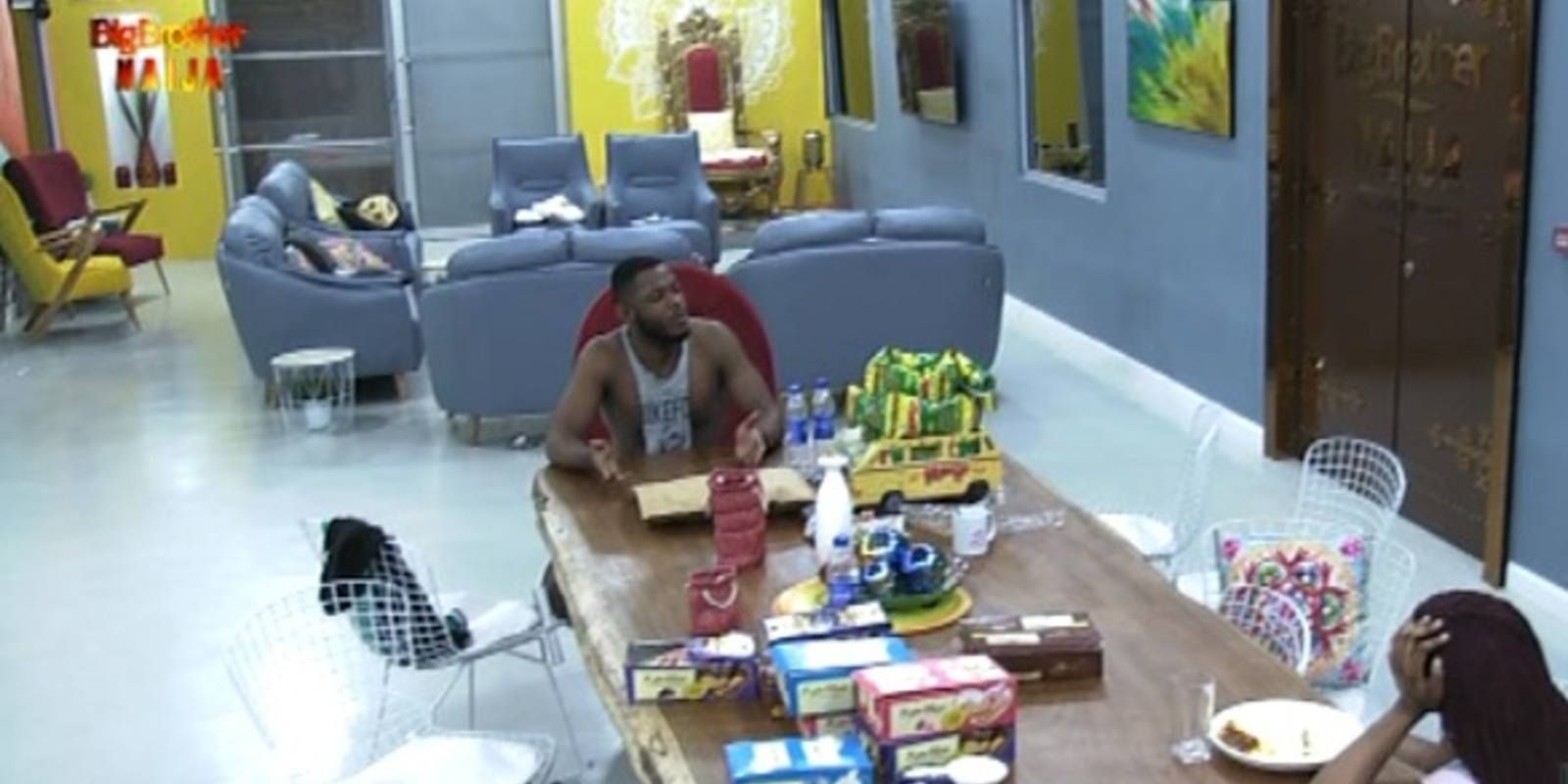 Trust the Pepper Dem Gang to always come through with hot discussions that get us asking for more. As they have some fun in the Garden teasing one another, we see new bonds forming and new camps growing.

News
Day 67: The tales of failed love interests in Biggie’s House – BBNaija
While a few ships blossomed, we’ve witnessed some epic fails that came up either because Housemates did not take a chance on love, or they were just not that into it.
Video
Prince's date fails epically – The Johnsons
Upon learning that Fatima will be on a two-day leave, Prince plans a 'romantic' date in the office and convinces his oga to stay home, but an SMS from Fatima ruins the whole thing.
News
Day 63: Banter And The Mess
After the Saturday Night Party, the Pepper Dem Gang had a gist in the Garden. Afterwards, the drama was served.
News
Day 81: Drunk In Love
Love paid Ike and Mercy a visit in the Big Brother Naija House and they welcomed it with open arms.