News
16 September 2019
With the new Ultimate VPH twist and waiving of the Strikes, the Pepper Dem Gang had interesting conversations about how this will change the dynamics of the game.
Get DStv PREMIUM

Careful With The Box

Still reeling from the euphoria of the Ultimate VPH twist and forgiveness of their Strikes, the Housemates returned to the lounge deliberating on how to take care of the red box. With a stern warning from Biggie that nothing should happen to the box, they could not be too careful. Remember the box was specifically handed over to Cindy as the HoH. So to make sure it was kept safe, she took it to the Head of House room.

But this did not sit well with Seyi and Omashola who felt it would safer to keep it in lounge table where everybody could see it. Hmm, when you have no idea what will happen to you if the box is broken or stolen, you just have to ensure it is safe. While Omashola advised it be placed on the bed, saying “put am where we go see am o”, Cindy insisted it was safer on the floor beside the bed. 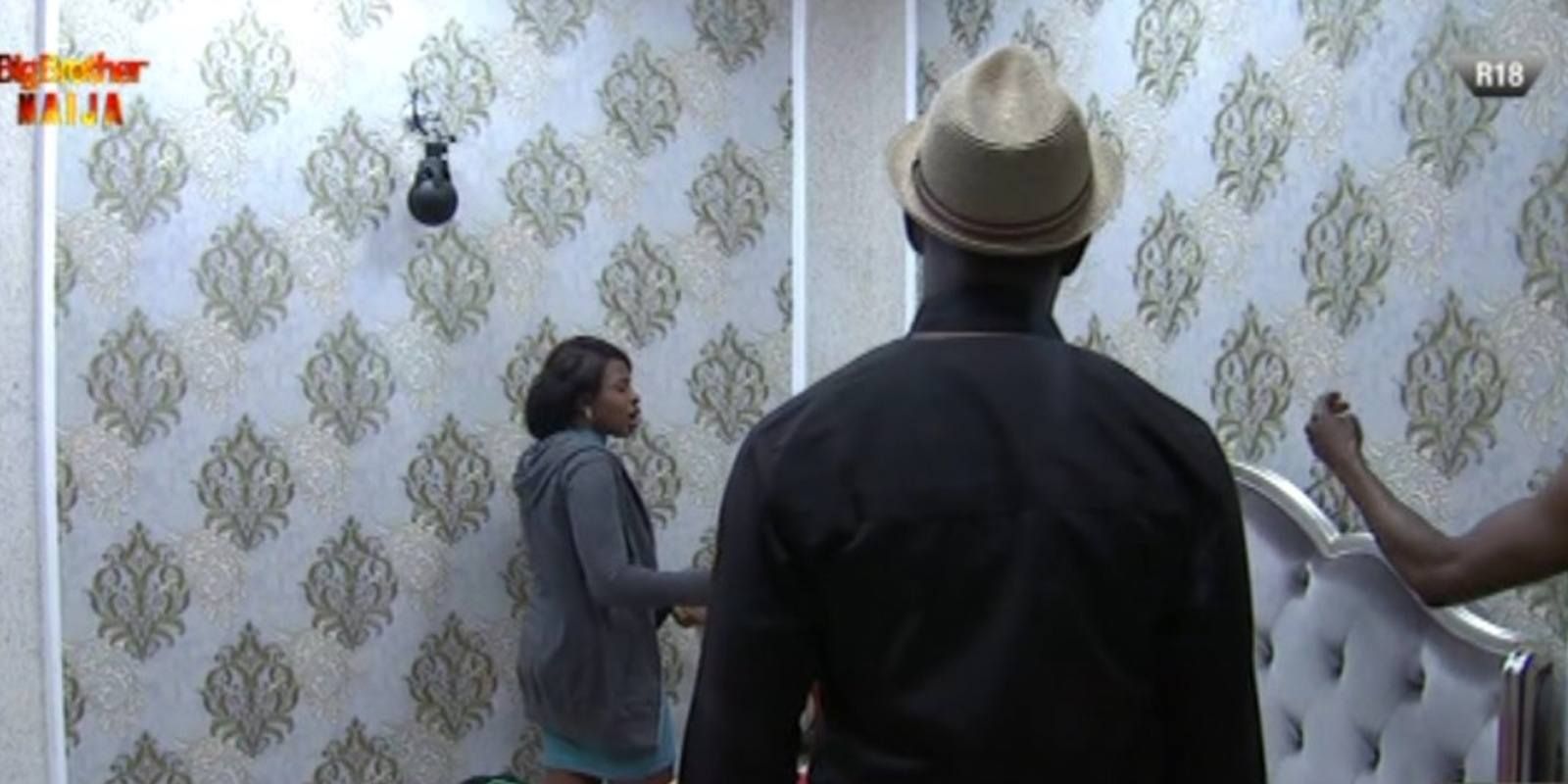 When Biggie announced that all Strikes were forgiven, he had a clause to it – the Housemates should tread with caution. To Tacha, Omashola and Frodd, this was a tough warning though it was said subtly. Omashola said that since they are now ten in the House, it won’t be surprising if Biggie sends any of them packing without any prior warning. He added by saying that he would refrain from drinks till Friday. Well, let’s see if the Warri boy will keep his words.

Team Legends remembered the time they lost the Wager, how they had to clean the whole House. When compared with the 50 Bet9ja Coins as punishment for the Enigma, Tacha and Frodd felt it was unfair. Frodd said that the losing team should consider themselves lucky this time for escaping the real punishment.

Away From The Snore

You know how upset you feel when the person sleeping next to you was a snore god or goddess. Well, this was the mood in the Pepper Dem House last night. Mike and Ike could no longer bear Seyi’s loud snore, so they went to Frodd’s room. Tacha, Frodd, Omashola and Ike took this opportunity to reminisce about Tuoyo’s snoring moments. Frodd said that Tuoyo snored so much that Esther had to gift him the HoH room during her time as Heads of House. 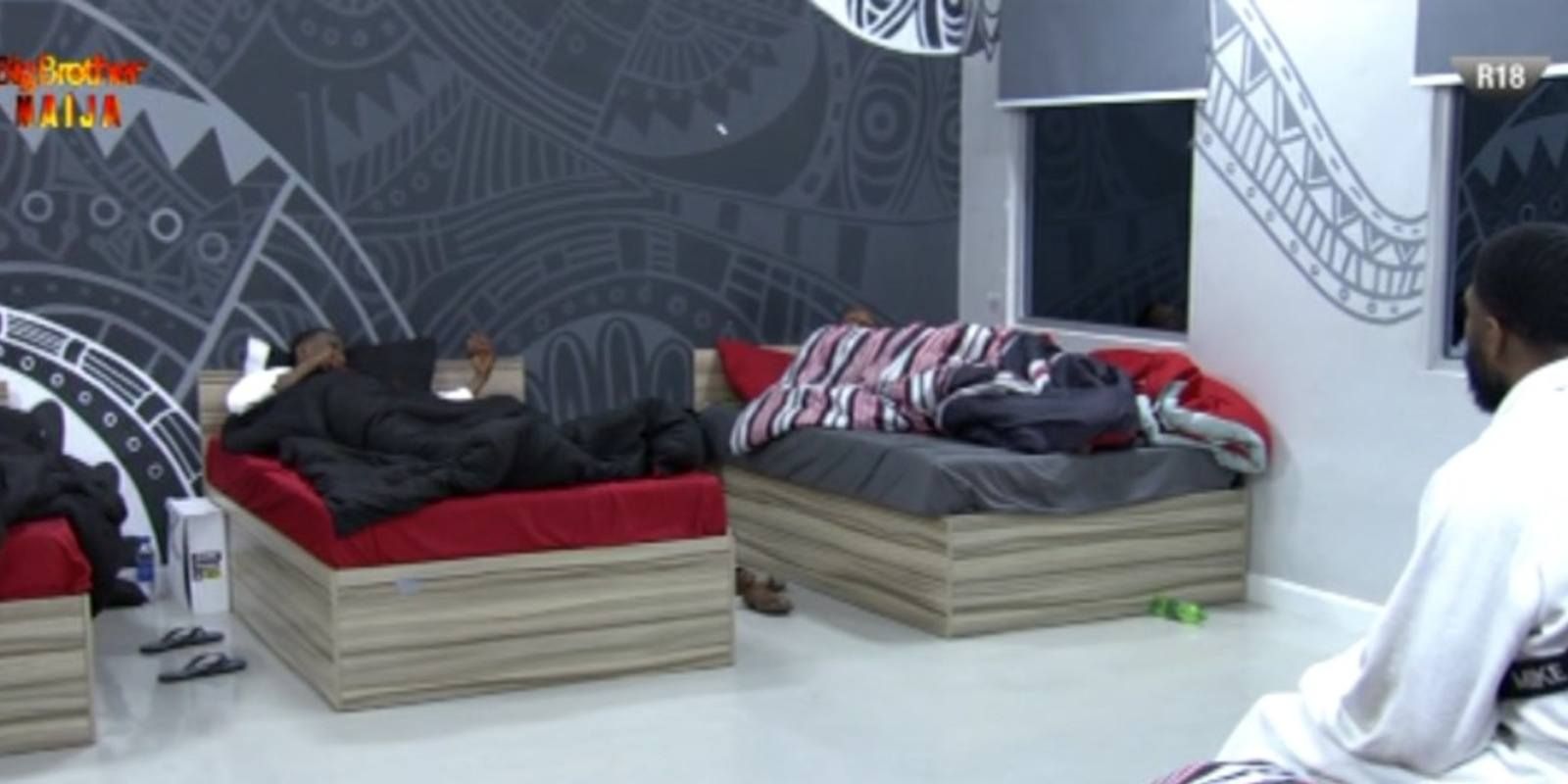 We are surprised that the Housemates had series of banter and there was not a mention of Khafi. Does this mean they didn’t miss her? Well, maybe they had a more important matter to think about. Anyway, the game has got more intense and everybody now seems to feel the heat.

News
Day 78: Elozonam’s Sweet HoH Victory
In a game of sweets and straws, Elozonam emerges as this week’s Head of House.
News
Day 89: Omashola’s Spooky Win
Omashola wins another Bet9ja Friday Arena Games.
News
Day 78: The Ultimate VPH Quest
In one of the biggest twists of the Pepper Dem Season, the Veto Power Game of Chance will now last a week before a winner is decided – The Ultimate Veto Power Game of Chance.
News
Day 87: Omashola And Elozonam Slide To An Oppo Win
In an Oppo Slippery Stairs challenge, Omashola and Elozonam emerged as the winners in today’s Task.