News
06 April 2017
From tearful pleas to accounts of personal growth and strife, here's what the Housemates had to say in their last campaign for votes.
Subscribe to Watch

With only days left before the end of the show, Biggie completely banned any sort of campaigning for the rest of the week. It's a decision that seemed quite harsh at first but when he asked them in today's Diary Sessions, if they felt it jeopardised their chances, they all agreed that it didn't phase them anymore. Bisola said they would have been incredibly annoying to watch because all they'd be doing is campaigning, so it was probably a good call. Marvis actually felt the ban would allow viewers to vote on merit and Debie-Rise argued that it had helped level the playing field. 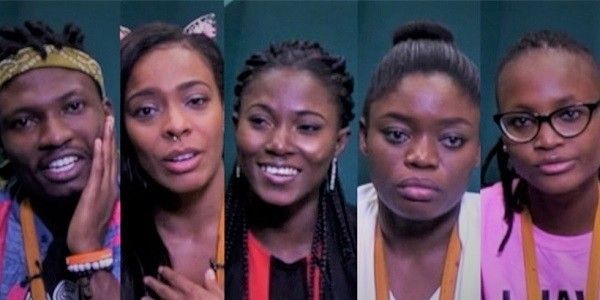 Enter another twist. Biggie told everyone to put on their finest clothes and get ready to go to the Arena for their last presentantion. They had only 40 minutes to put on their make up, suits and evening gowns before heading out and they all looked visibly nervous as they racked their brains for the perfect speech. In the end, Biggie's call was a good one because not having time to memorise anything forced them to speak from the heart. 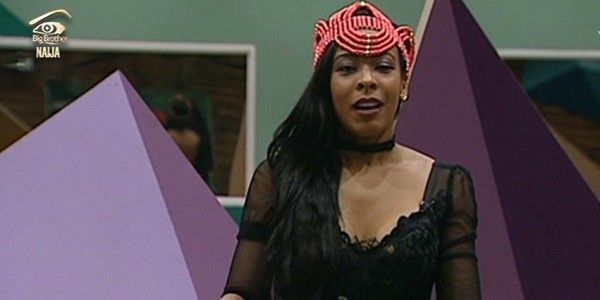 First up was TBoss. "I came into this House a princess and now I stand before you, a queen! I say this with humility. I am not a proud person." She expressed her gratitude for everyone who'd "invested in her" and asked them to keep being kind and voting. She revealed that she didn't know why they'd saved her so many times but suggested that it was probably because they all saw every facet of her and realised that she was nothing like the first impression she often gets thanks to her "tattoos and piercings." 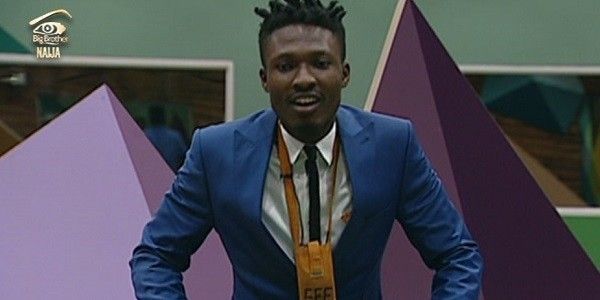 Efe went up next starting with the question, "Who is Efe?" before launching into an empassioned speech where he suggested that everyone who'd overcome strife was no different from him. "Efe nah you! Efe nah that mother who deprives herself of every luxury" so her kids go to school. "Efe nah me coz I be Nigerian and against all odds I stand with my two feet!” His eyes filled with tears for a moment as he recounted how he'd gotten farther than anyone else in his family, "The name Ejeba stands out now!" he exclaimed before pleading with people to vote. 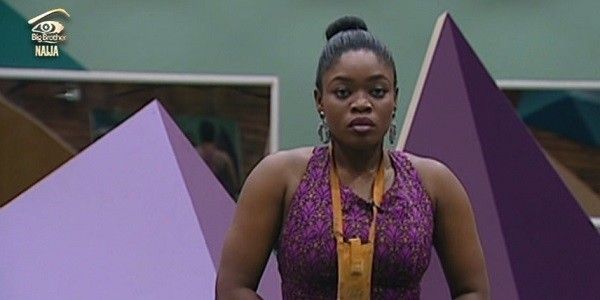 "Bisola means 'Born into wealth' but that hasn't been the case" Bisola said as she opened. She revealed that she often felt insecure and envious when people mentioned their college experiences because she never had the money to go to one. She also explained how she made the decision to rely on the talents that she knew "could feed her" to survive depression. She acknowledged that she'd fought with many people in the House but reminded everyone that she wasn't perfect nor was she more intelligent, gifted or beautiful than anyone else. "Yet, you've kept me here! Please keep up the good will." she exclaimed as she closed off. 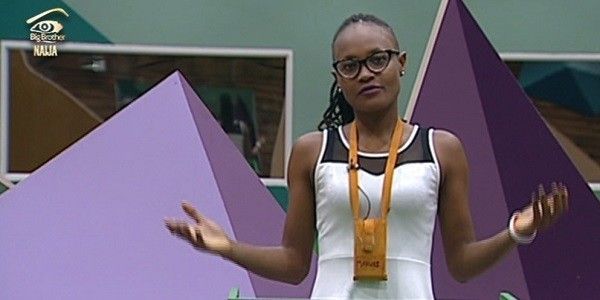 Marvis kept things simple reminding everyone that she'd been a fighter from the get go and had accomplished things even she thought she would never do. She begged everyone to vote for her because she was a born winner. "I'm pleading because W-I-N dey for my body!" She thanked Big Brother for giving her this platform and reminded people that she'd kept it real all the way through. "I came here Marvis. I leave here Marvis" she said before concluding that if it weren't for Big Brother people would have never known that name. 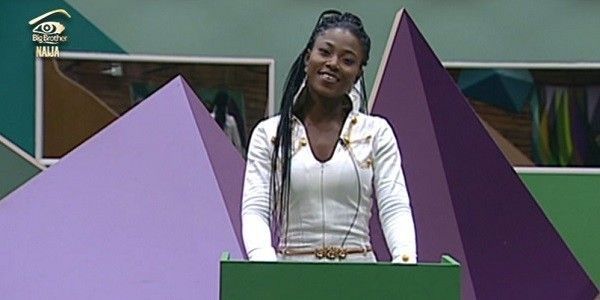 Debie-Rise closed things off by making the surprising revelation that she didn't have her family's blessing to come to the show. However, she said she stuck around because she wanted to be an example everyone that you should chase your dreams at any cost. "Growing up I just wanted to be more. This passion that I have? I want go home and say that it was worth it in the end!" She also said she was disciplined, well mannered and empathetic which said were qualities a winner should possess. You can have a look at the rest of their speeches below. Which one was your favourite?

Video
Day 15: Week two in the Level Up House – BBNaija
Ships grew, strikes were issued, and the gist was shared. Week two in Biggie's House has not been without any entertainment as Housemates do all they can to stay in the House till the final day.
Video
Day 17: Level Up Housemates work on their Task– BBNaija
Cutting, measuring and sewing was the order of the day in both Houses as the Ankara outfits for the Weekly Wager Task begin to take shape.
Video
Day 53: The no carbs campaign – BBNaija
After the shock of Cross consuming nine eggs wore off, Pere gave Angel a quick lecture on why carbs needed to be cut out of meals.
Video
Day 74: Wrap Up – A Special Visit And A Win
The Pepper Dem Gang were visited by the renowned motivational speaker, Hamisha Daryani Ahuja and team Legends emerged winner of the Wager Task presentation.