News
04 April 2017
She won the Spin Race Task, where they had to first spin using an iron rod and then fetch a tennis ball and run back to the finish line.
Subscribe to Watch

The Housemates found out soon enough where and how they would use their graffiti trousers.

Biggie had earlier tasked the HoH for the day, Debie-Rise to inform her fellow Housemates to each graffiti a pair of trousers. Where and how they would use them, was something Biggie said would be revealed after they had completed the Task. The Housemates got right into it and it was after a little while that it seemed they had finished working on their trousers.

Biggie then called them into the Arena and they were told to wear the trousers, in readiness for the next Task, the Spin Race. For this Task, the Housemates had to first spin a couple of times, using an iron rod placed on their forehead, then run to fetch a tennis ball and run back to the finish line with the ball, either in between their knees, thighs or feet and drop it in a bowl. 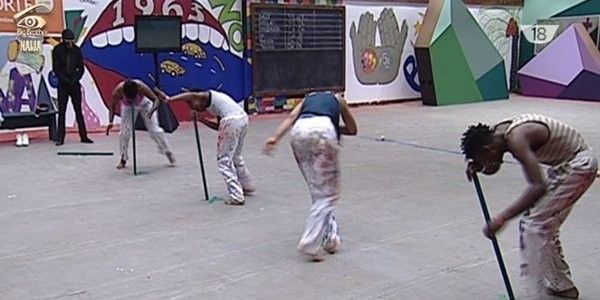 After the Task, TBoss confided in Debie-Rise, saying she was saddened by the fact that she was disqualified. She was in tears in no time. They played out what happened a couple of times, with TBoss blaming herself for her loss. “Why did I do something stupid?” she said. Debei-Rise tried her hardest to console her and convince her that it was only a game and somebody had to win. 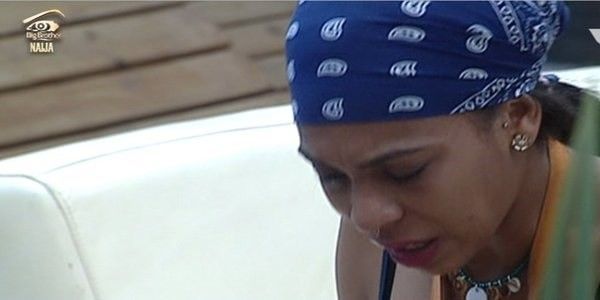 It seemed Debie-Rise’s words fell on deaf ears, as TBoss continued to beat herself up and it was only a bit later that they changed the topic.

Video
A step closer to victory – Nigerian Idol
We are in the final laps of the Season and are definitely all interested in finding out who wears the crown. Will your fave make it to the final round? Tune in to watch on Africa Magic at 19:00 WAT.
Video
What does being a father mean? - AM Exclusive
Edward Pam Fom, Whochey Nnadi, Ibrahim Suleiman, Ayo Lijadu and Charles Ujomu share their favourite experiences as fathers and what these beautiful memories mean to them in celebration of Father's Day.
Video
Day 54: Elozonam Farms To Victory
For his speed, Pepper Dem Housemate Elozonam has won the Friday Night Bet9ja Arena Games. Watch how it all went down.
News
Day 72: Time To Touch Lives
The Pepper Dem Gang have a chance to touch lives, but first, a Task.