News
30 March 2017
Big Brother kicked off this evening’s Diary Sessions by summoning Marvis from the herd gathered in the garden.
Subscribe to Watch

Marvis was first to kick off this evening’s Diary Session as she was summoned into the Diary Room. Biggie immediately asked her what the mood in the House was, and she said the mood was great. She was quick to add that being stuck in the garden hasn’t been as bad as they had anticipated. She told Biggie that conspiracy in the House has made the divisions in the House very visible; four versus two. She also added that they were hoping to score high enough to unlock the “save a Nominated Housemate” option, and as soon as Biggie asked her she said she would save Bally if they had gotten that option. She also refused the offer from Biggie to redo the five impossible missions from yesterday. Before she left the Diary Room, she told Biggie that this week’s Nominations have been the scariest for her so far, though she has no regrets for any of her actions in the BBNaija House. 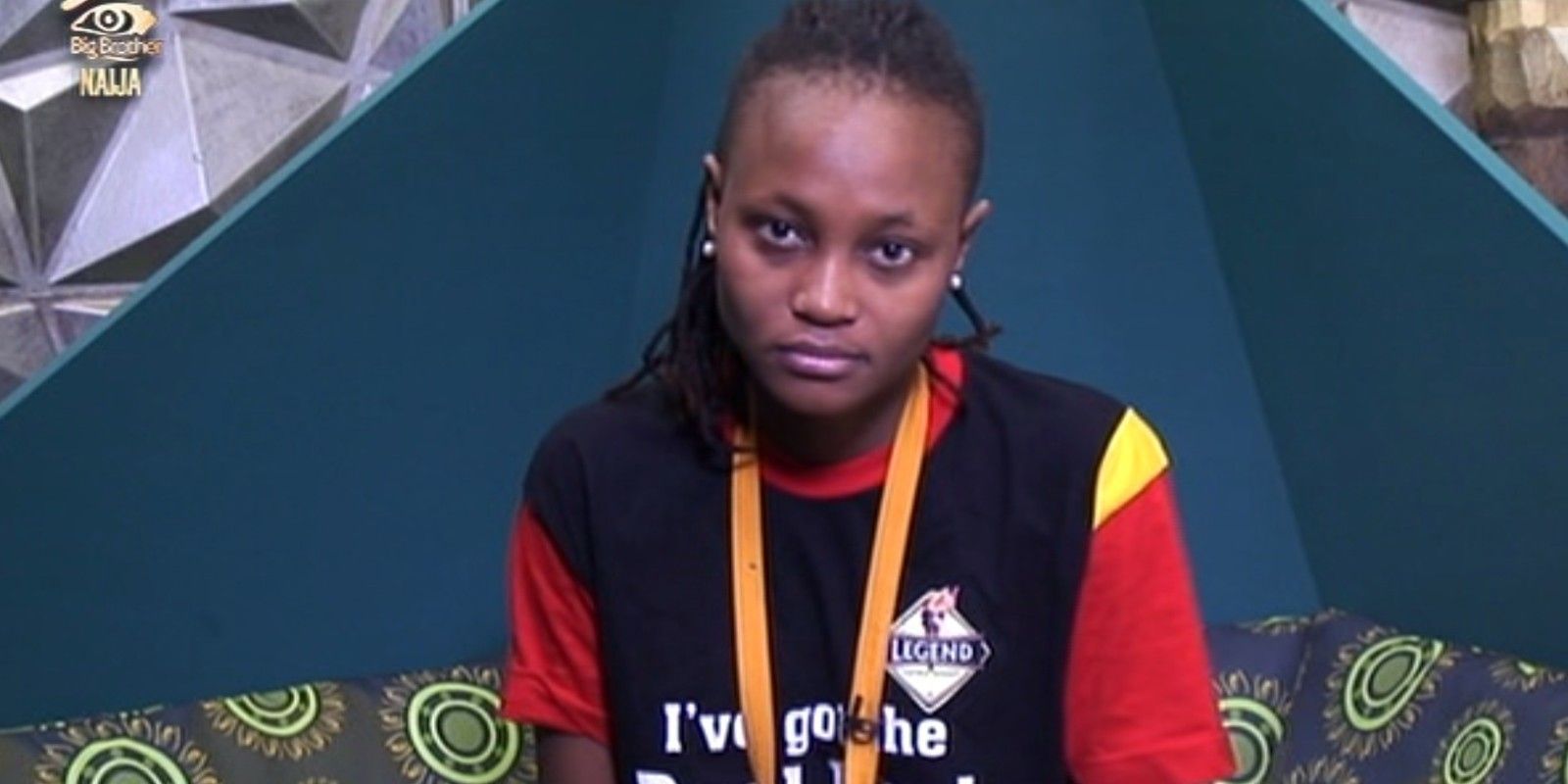 HoH Bisola said the general mood in the House is happy and she noticed that since Ebuka announced that Biggie had given them permission to conspire, the division in the House has become very visible; though she was very quick to add that being locked in the garden has given them all to just sit and talk and bond. Something they haven’t done as a House for a long while now. She told Biggie thatthough the five impossible missions have been very tough, she has learnt to challenge herself and face her fears head on. When asked, she told Biggie that she would have loved for them to unlock the save reward so she could have saved Marvis. She also pointed out to Biggie that she truly believed that Debie-Rise and TBoss intentionally sabotaged the missions. Her only regret in her BBNaija journey was prejudging TBoss, and if she could, she would change that. 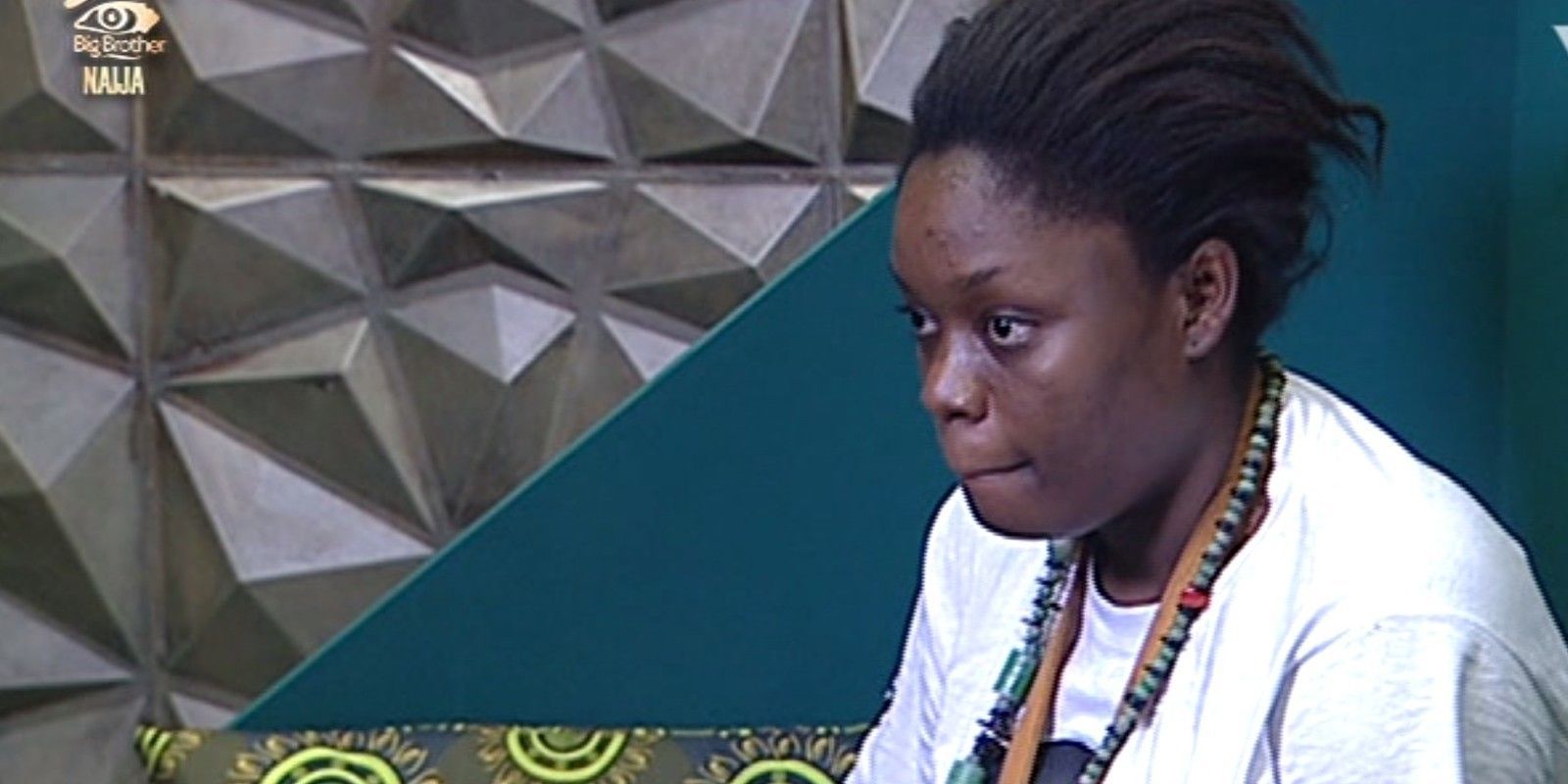 Efe told Biggie being locked in the garden was tough and uncomfortable, but it has helped them all bond as a House. He was quick to add that though he was happy that they all got a chance to bond and be friendly, he was really indifferent to the divisions in the House because he was happy and ok with his friends. Being able to conspire has broken the House into two parts, four VS two. He claimed the five impossible missions were gruelling and he was still recovering from them, though he had hoped they would unlock the save option. His only regret in his journey in the BBNaija House is that he would have loved to tone down his constant emphasis on his “being real”; as he felt his behaviour would have sold his realness much better than his words.

Bally told Biggie that though they had struggled with the heat from earlier today, the weather had since changed and it was getting cold. He enjoyed the shooting Task from earlier today, and was also quick to add that being stuck in the garden has given all of them the chance to bond. He said the experience has taught them the importance of bonding and was quick to agree with Biggie that adversity and hardship are good motivators. He admitted to Biggie that though the ability to conspire had definitely shaken things up, there had always been a rift in the House. He told Biggie he wouldn’t mind attempting the five impossible missions again. Before he exited the Diary Room, he told Biggie that due to the fact that the finale was so close, he felt his cool had slipped away and he was truly scared of the outcome.

Debie-Rise told Biggie that the day has been interesting so far as all the Housemates have been forced to be in each other’s’ space. Claims to be a conversationist who enjoys being free to converse and chat to anybody and everybody around her but the conspiracy going on in the House has highlighted the different factions prevalent in the House. She claimed she misses the ability and chance to chat with some of the Housemates from the other faction but hates the fact that they always sit together. She also told Biggie that though the Tasks from yesterday were difficult and gruelling, she truly enjoyed them. She confided in Biggie that she was happy that the Housemates didn’t reach the 43 points required to unlock the save reward option as she felt that option wouldn’t benefit herself or new ally TBoss. She added before exiting the Diary Room that she wouldn’t mind attempting the five impossible missions again but only on the condition that the rewards favoured her in totality. 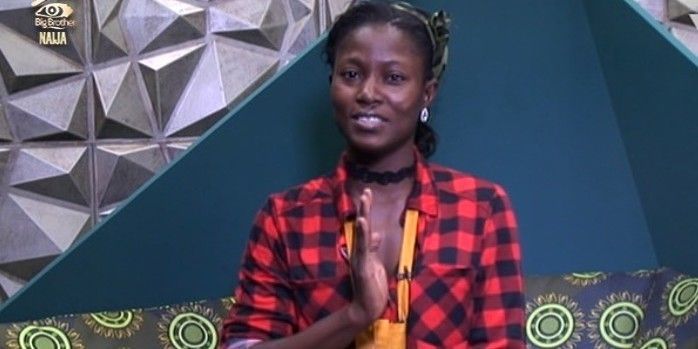 TBoss rounded up this evening’s Diary Room Session by telling Big Brother that she was tired as the weather has been very unfriendly. She told Biggie that though she enjoyed the fact that the Housemates got a chance to bond today, she would have preferred if they weren’t doing it at the mercy of the elements. She told Biggie that the divide in the House was very noticeable since Sunday and this could be a direct consequence of all the conspiracy going on in the House. She accused the members of the other group as “suck ups” who enable each other and tolerate each other’s’ shortcomings. She was very quick to deny being a member of any click in the House when Biggie asked her the question. She also admitted to Biggie that she and Debie-Rise had conspired to sabotage the five impossible missions as they both felt that unlocking the “Save” option would not benefit them in any way. She also told Biggie that she would actually like to attempt the five impossible missions again, but wouldn’t change any of her actions in the House as she considers them all a learning curve which has made her a better person. 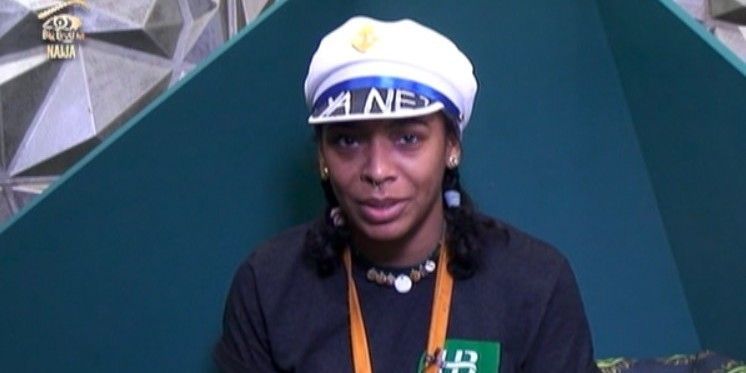 The Housemate know that after this Sunday’s Live Evictions Show all those remaining are now into the finale week and they must all lobby to win the ultimate prize. Don’t forget that ONLY YOUR VOTES will guarantee that your favourite Housemates make it into the finale. Voting lines close at 20h00 WAT.

Video
What does being a father mean? - AM Exclusive
Edward Pam Fom, Whochey Nnadi, Ibrahim Suleiman, Ayo Lijadu and Charles Ujomu share their favourite experiences as fathers and what these beautiful memories mean to them in celebration of Father's Day.
Video
Eight events for 8th Edition – AMVCA 8
The Eight Edition of the Africa Magic Viewers’ Choice is going big with an eight-day plan lineup. Starting on 7 May 2022, the AMVCAs will host an Opening Night Gala, Runway Show, Young Filmmakers’ Day, Content Market Workshop, digital Content Creators’ Brunch, A Celebration of Africa’s Diversity; followed by the Nominees Gala, and lastly the BIG DAY, Awards Night on 14 May. The Eighth Edition of the AMVCAs is brought to you by Africa Magic in association with Multichoice and proudly sponsored by Amstel Malta.
News
Day 67: Cross dubs Angel the King of cruise – BBNaija
The House has had a lot of cruise and people claiming to be cruisers, but none seems to have the hang of it like Angel.
News
Day 67: The tales of failed love interests in Biggie’s House – BBNaija
While a few ships blossomed, we’ve witnessed some epic fails that came up either because Housemates did not take a chance on love, or they were just not that into it.