News
29 March 2017
Biggie puts the Housemates through their last Task of the five impossible missions set out for them as they attempt to receive messages from home.
Subscribe to Watch

The Housemates had been dealing with some gruelling Tasks all day in a bid to score the highest number of points on offer so as to unlock certain benefits Big Brother had lined up for them as rewards. In the first Task, the Housemates had to eat 20 lemons each in the allotted time of 30minutes. Though the Housemates tried, they were rewarded with only seven points from the available 10.

Task two saw the Housemates rehash their rice carrying exercise from yesterday. They had to move rice from one bucket to the other using only a pair of chopsticks. A very monotonous and mentally draining Task, but sadly they didn’t even achieve 50% of the objective and only received six points for their efforts. 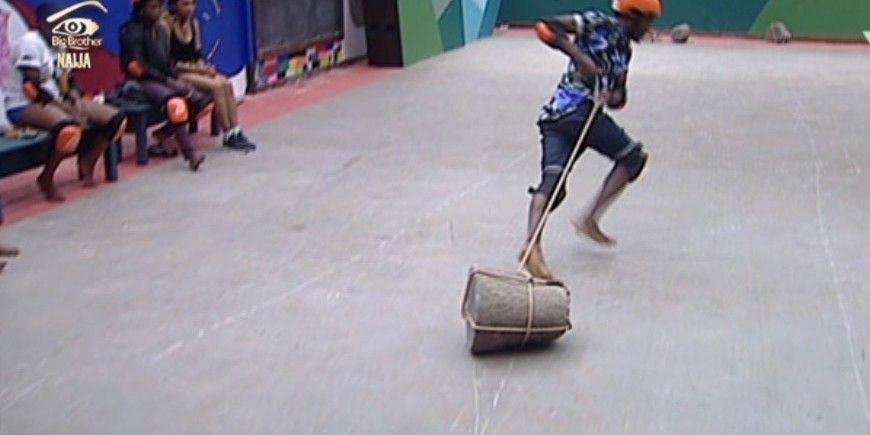 Task four must have been the most disgusting Task of all as the Housemates had been informed to head to the Arena with a set of cutleries. Biggie had laid out six covered bowls and the contents got Bisola screaming and holding her head in disgust and irritation. The Housemates had to consume the wriggly creatures in their bowls before the allotted time lapsed and they all got right to it. Alas, the buzzer sounded signifying the end of the allotted time, and though they didn’t finish their wriggly meal, Big Brother awarded them eight points, bringing their accumulated total to 31 points with just one more Task.

Task five saw the Housemates deal with another Arena game they had played before, moving five coloured balls across a beam by putting one ball in front of the other until they reached the end. As usual, Bally was up first and he faltered almost at the end of the course. One by one, the other Housemates finished the course well within the 45 seconds allotted to them. The only other casualty was TBoss. At the end of the Task, Biggie awarded them another seven points, now bringing their final accumulated points tally to 38points.

Even though the Housemates didn’t unlock some benefits like receiving a message from home, or getting to Vote to save one of the Nominated Housemates, they at least got to enjoy an expensive bottle of champagne as well as some home cooked meal, with Biggie admonishing them that the extreme week was far from over. Think Biggie has been too strict on the Housemates, or has been too lenient; how about you decide and post your comments below?

Video
The geng is back – BBNaija
After months of being out of Biggie's House, the Shine Ya Eye Housemates return for what promises to be a spectacular reunion.
Video
Day 69: The true taste of Home – BBNaija
Housemates indulge their senses in the true taste of Nigerian delicacies using only their senses to score the food on aroma, texture and taste.
News
Day 50: Five things the Housemates can do to get by
We can't have our Housemates bored in the House, so we listed five things they could do to keep the good vibes going.
Video
Day 66: “They Are Mad” Venita
Following the announcement of team Arla Butter as the winner of the Arla cooking challenge, Mercy, Venita, Cindy and Mike expressed their displeasure over the result.