News
25 March 2017
The Housemates play a word game inspired by Close Up toothpaste, with HoH Efe as the judge.
Subscribe to Watch

The Housemates have had a hectic week shooting and creating several contents for Biggie and today, Big Brother has decided to give them a light hearted Task inspired by Close Up toothpaste. Biggie instructed the Housemates through HoH Efe that they were to play an alphabet game. 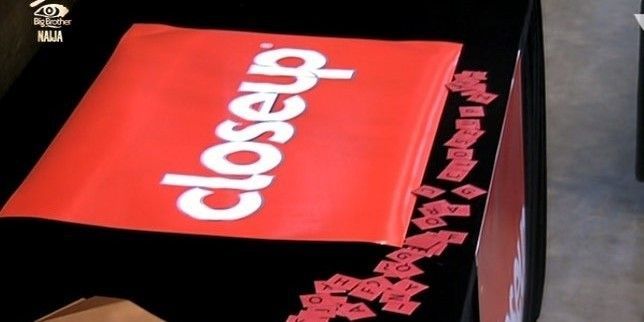 The HoH is to divide the Housemates into two teams of three each and he is to oversee the games as the judge. He is to randomly select a letter of the alphabet between A to Z and each team is to act out a word that starts with that letter to him. After both teams have acted out their chosen words, he (the HoH) is to award a point to the winning team. The winning team will only be crowned after 12 rounds and the total accumulated points by each team have been tallied. 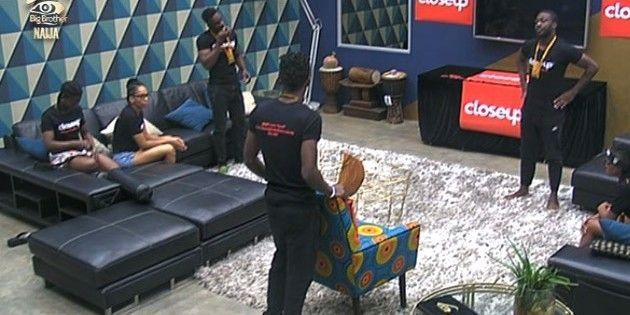 HoH used his discretion to divide the Housemates accordingly:

Team one: Bassey, TBoss and Marvis 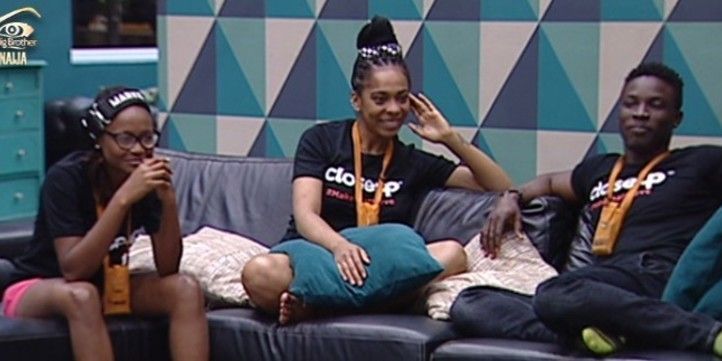 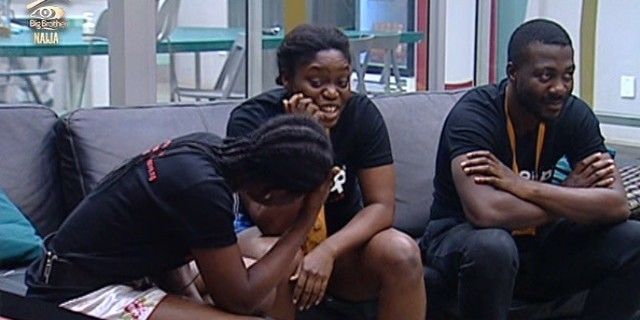 Team two raced into the lead after just five rounds leading three points to two, but at the end of the allotted 12 rounds, the HoH declared a tie with both teams tied at six points apiece. Based on logistics, Ultimate HoH Efe used his discretion to take the games into sudden death, and he picked the letter “K”. Team one sent in Marvis who proceeded to kiss HoH Efe for about 10 seconds with the other Housemates jokingly shouting “bribery, bribery”. Team two seemed to run out of options as Bally opted to “kick and knock” HoH Efe in his dramatization of the letter K.

With the games done, HoH Efe needed a sip of water and much deliberation before he finally awarded the games to Team B. As soon as the winning team was announced, Bassy immediately switched allegiances leaving his team sitting sombre on the couch to go celebrate with the winners. 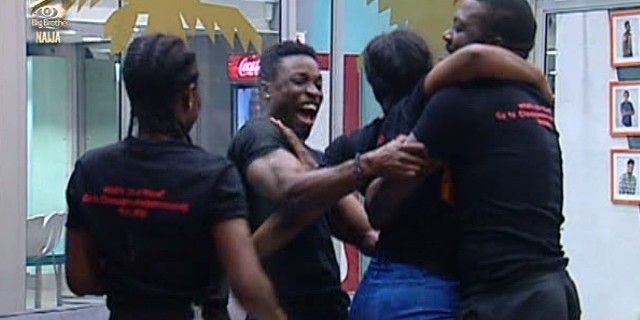 This was indeed a light hearted game as the Housemates seemed to be having a lot of fun, even asking Biggie to award the winning team some Close up toothpaste to brush their teeth with. It seems the Housemates are trying to have as much fun today in lieu of the Live Evictions Show tomorrow which will see seven become six. Don’t forget to Vote for your favourite Housemates to keep them in the House beyond this week.

Video
BTS: This is what happens at rehearsals! – AMVCA 8
We caught up with some of our favourite artists at the AMVCA 8 rehearsals. Watch them play some light hearted games in between their mic check 'one–twos'
Gallery
Auditions come to a close – Nigerian Idol
This is the last day of the Audition stage and we are amazed at the amount of talent in the room.
Video
Day 62: Music, Gist And A Quarrel
The Pepper Dem Gang woke up to the beautiful sounds of music which soon progressed to a one sided quarrel featuring Venita.
Video
Day 62: “Thunder Fire You, Biggie” Venita
It was a daring night for some of the Big Brother Naija Housemates. From Esther, Diane and Mercy playing adult games to Venita cursing at Biggie, it was quite fun for them.