News
27 August 2019
Khafi kicked off her reign as the Head of House with the completion of the Lumapil anti-malaria campaign Task.
Get DStv PREMIUM

The Pepper Dem Gang presented short plays and speeches as they completed their anti-malaria campaign Task. The Task, courtesy of Lumapil, was to deliver a thought-provoking campaign on the prevention, treatment and eradication of Malaria. 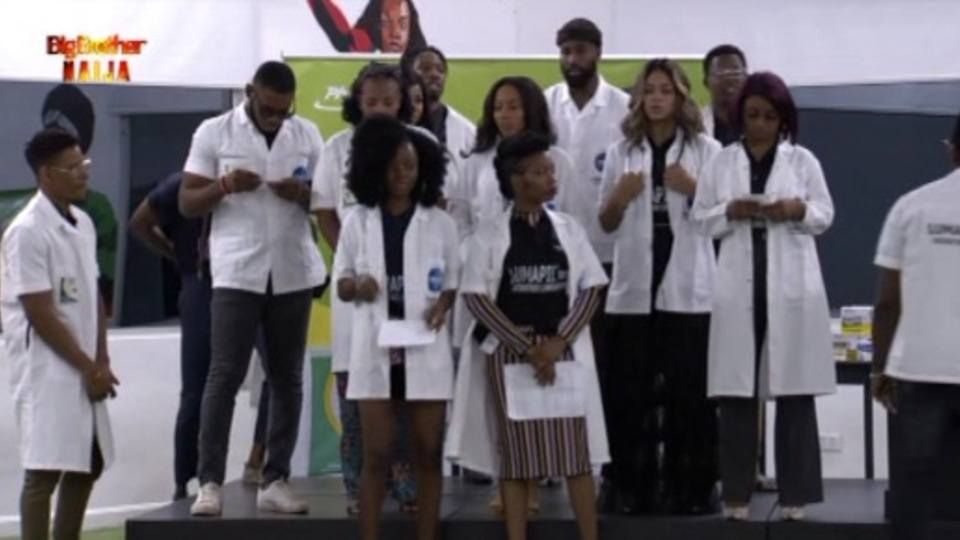 All Work And A Bit of Play

Just so they didn’t spend the entire day working, Biggie spiced it up with a fun game called ‘Touchers’. If you ever played the game called ‘Cops and Robbers’ (or Police and Thief) when you were a kid, then you’d get a hang of this game. Basically, the same thing except for this time, one half of the Pepper Dem Gang dressed up as mosquitoes while the other half remained humans. The objective was to have the mosquitoes chase humans while they tried to make it to the Lumapil safe zone. 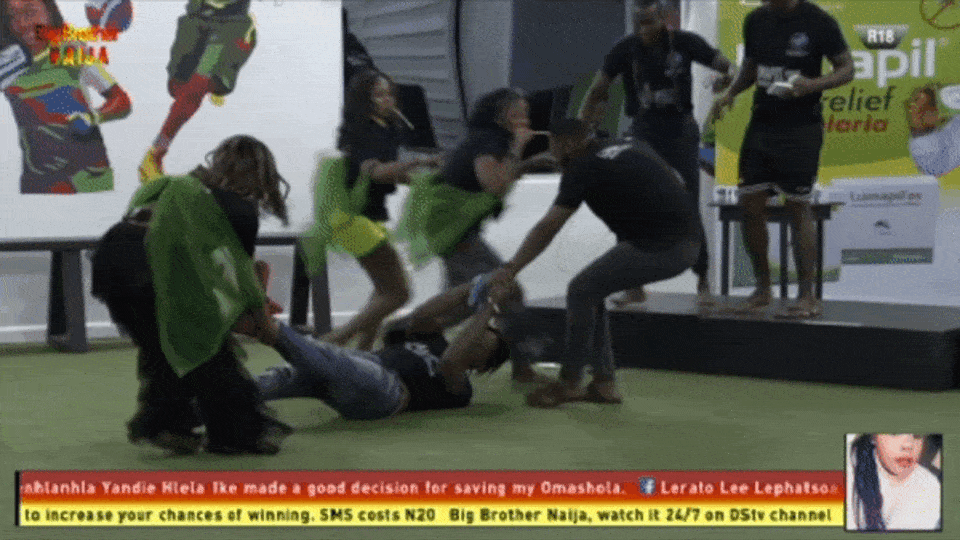 Ike, Mike and Venita definitely loved the Touchers game a bit too much. It’s no coincidence all three are members of the bedroom wrestlers. A group fondly known for wrestling and snatching other Housemates' pillows and duvets late in the night. Too bad the fourth member, Jackye, got Evicted. She would have loved this game. The playful pair of Ike and Mike kept jumping out of the safe zone for a little run, duck and dodge while trying to save their fellow Housemates by handing them a pack of Lumapil. Venita, Mercy and the rest of the female Housemates dressed as mosquitos were always ready to give them a good chase. This must be what it feels like being kids at heart. 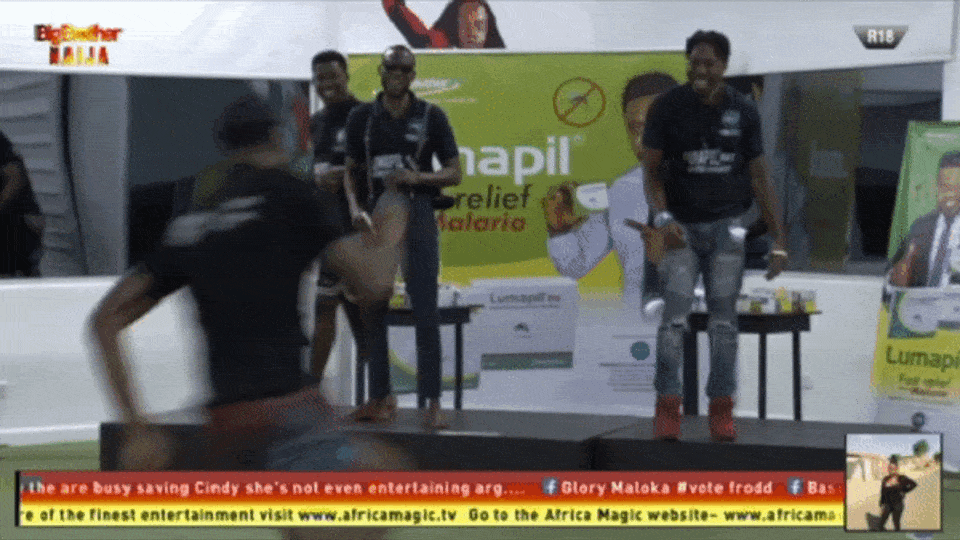 The campaign began with an originally composed song by the Pepper Dem Housemates. Sir Dee took the lead and, wait for it, Esther rapped! Who knew she had a lyrical MC in her? In addition to the song, Seyi, Ike, Mercy, Diane, Esther, Tacha, Omashola, Elozonam and Khafi delivered quite an impressive speech on ‘The Prevention, Treatment and Eradication of Malaria’. One part of the presentation that won't be easily forgotten was the short drama by Omashola and Mike. If they didn’t get the message across, they certainly made people laugh.

I have seen today that Mike and Omashola work very well together.

Anytime omashola and mike do anything together.. get ready to laugh.. funniest duo 😂🙌🏻 #bbnaija

Not a bad presentation by the Pepper Dem Gang, but they still have the Wager Task to take on, how well will they perform?

Cindy, Esther, Frodd, Sir Dee, Tacha and Venita are up for Eviction. Vote for your favourite Housemate here, via the MyDStv App, via the MyGOtv App or via SMS. Voting closes on Thursday 11 July at 21:00 WAT Big Brother Naija is proudly sponsored by Bet9ja, and is available on all DStv packages, and on GOtv Max and GOtv Plus. For more information on Big Brother Pepper Dem follow us on YouTube, Instagram, Twitter and Facebook

News
Shine Ya Eye Housemates tease us with Reunion tea – BBNaija
An exclusive first-look at the eagerly anticipated Reunion.
Video
The geng is back – BBNaija
After months of being out of Biggie's House, the Shine Ya Eye Housemates return for what promises to be a spectacular reunion.
News
Day 36: To Your Teams, Oh Housemates
No Nominations tonight, but there's more.
News
Day 30: Thoughts On The New Housemates
The Pepper Dem Gang have to make room for two more Housemates. How do they feel about this?