News
20 March 2017
In addition to guiding and mentoring, the DNA Twins also joined the Housemates in song.
Subscribe to Watch

It was double the fun and double the gain for the Housemates, as not only did they draw inspiration from their guests but they also got to sing with them!

How ironic is that everything came in twos today, as the Housemates had two guests, music producer and songwriter, Don Jazzy and new kids on the block, the DNA Twins, plus the fact that the latter are actually twins!? 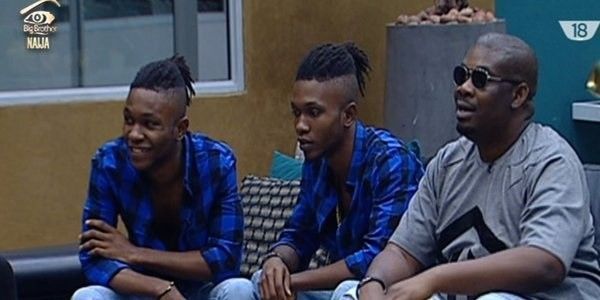 The guests were in the House to guide the Housemates in the making of a song, which forms part of this week’s Tasks. They were to compose the song, shoot its music video, as well as make a short film.

Immediately after the brief tour and chat with the guests, the Housemates sang their ONE in AFRICA campaign song. They were pleasantly surprised, as the DNA Twins joined in and they all sang while seated in the lounge.

However, it was not long till Biggie sounded the buzzer, signalling that it was time for the guests to leave. The Housemates ‘protested’ and they continued singing with the twins in the kitchen. 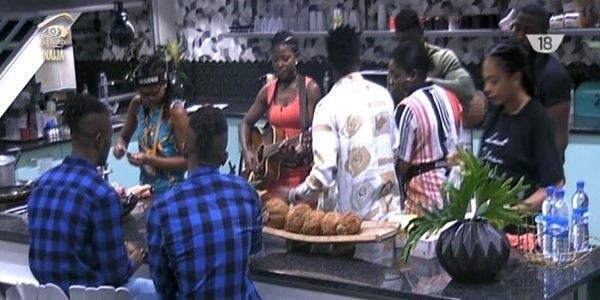 Biggie then called Don Jazzy over the intercom system, telling him that it was time for them to leave the House. There was more ‘protesting’ from the Housemates. Biggie then asked them if they would like their guests to stay a bit longer and of course they responded in unison, saying “Yes Biggie! It was back to singing and dancing, as they also sang "See Gobbe", among other songs.

It was only after a while that the guests left the House and the Housemates were left to reminisce about the visit, while looking at some of the items the guests gave them as souvenirs.

Video
BBNaija Gist: General Pere bares it all – BBNaija
The General breaks down everything from being the Wildcard to his altercation with Whitemoney, his relationship with Maria, and the Double Jeopardy game in this Exclusive with Ebuka.
Video
Day 65: Angel and Pere return – BBNaija
Angel and Pere return to the House after a game of Double Jeopardy to ecstatic Housemates who can't conceal their joy.
News
Day 97: Double Delight On Deck
What’s better than one amazing DJ? Two!
News
Live Show: Double Eviction friction
Ka3na and Lilo are the first two Housemates to be Evicted in season 5 of first Big Brother Naija in a Live Show where Housemates Voted them from the bottom four with the lowest Votes.