News
20 March 2017
The Housemates scream in disbelief as the guests walk through the front door.
Subscribe to Watch

Straight after delivering a sizzling performance on the Big Brother stage last night, the DNA Twins headed for the House to help the Housemates with their Song Task.

The Housemates burst out screaming with excitement when they heard this when new HoH Efe read the Task brief. Bassey even stood up and did an air punch.

The DNA Twins were not ‘flying solo’, as music producer, singer and songwriter Don Jazzy joined them, much to the Housemates’ excitement. Bisola and Efe stood on the couches and watched in disbelief while the other Housemates, who were equally excited, screamed when he walked in. 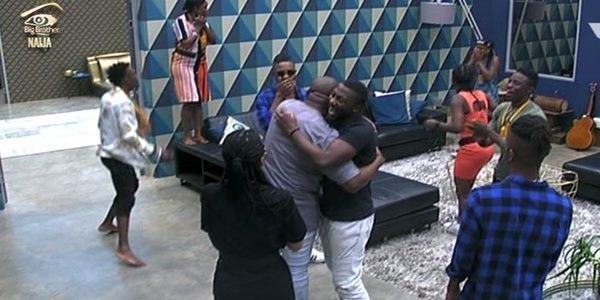 This weeks’ theme is “Nigerian Entertainment Week” and what better way to start it off than to have a music icon such as Don Jazzy and ‘fresh’ artists, such as the DNA Twins to help the Housemates with their song.

The guests were in the House to help inspire the Housemates and guide them in the making of the song. The Housemates composed a song during the music week a few weeks ago and this weeks’ Task is basically to transform this song into a Nigerian hit.

Efe had informed the Housemates earlier that for this week’s Task, they were required to compose a song, shoot the song’s music video, as well as make a short film.

“It will be a busy week, so be prepared,” read the brief from Biggie.

Biggie then played the Housemates a video clip of DNA Twins’ performance on stage during last night’s Live Eviction Show.

Immediately after entering the House, the guests were shown around, as customary when a visitor pops in. Don Jazzy joked, saying he had actually come to sleep in the House. They all laughed. 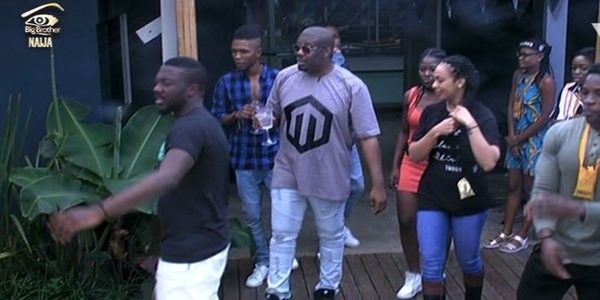 Getting down to ‘business’, the DNA Twins told the Housemates their music career launched after entering a talent search competitions, Glo X-Factor and The Voice Nigeria, adding that there’s always an opportunity in competitions such as these ones, as well as Big Brother.

“This (Big Brother) is a huge platform. You must have a plan in mind,” they said.

The Housemates haven’t had a visitor in over a week and today’s guests were a real treat for them, especially since the visitors stayed a little longer than any other visitor and helped them with their Song Task.

Video
Spotlight on the legends – Music Buzz
This time, the DNA twins and their guests discuss the academic background of music greats with a spotlight on Don Jazzy and 9ice.
Video
Tag-team tactics – Music Buzz
The crew is joined by DJ Neptune to discuss the prowess of Dbanj and Don Jazzy, along with their immense contributions to the Naija music industry.
News
Day 30: The Airtel Nigeria song Task
It's time for another Task and the BBNaija Housemates have to sing their way to a victory.
Video
Day 57: Ike’s Petition For The HoH Title
After the Head of House challenge, Ike didn’t feel comfortable with the process that birthed the current HoH and he complained to Big Brother about it. Watch how the matter was settled here.