News
19 March 2017
It was a week of surprise Nominations, a cat fight and lots of team work.
Subscribe to Watch

The week started off with an intense round of Nominations, as the Housemates had been on a Nominations “holiday” the previous week.

With Debie-Rise, Efe, TBoss and ThinTallTony up for Eviction today, the House has had its ups and downs, beginning with the fight between Bisola and TBoss on Monday. TBoss made an unsavoury comment about the way Bisola prepared French toast and it all went downhill from there. The two later mended fences. 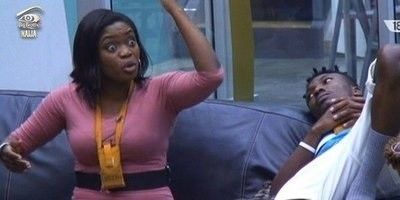 Then it was the Alphabet Soup Task where Biggie ‘picked the Housemates’ brains’ and ThinTallTony and Debie-Rise proved to have the sharpest memories and were declared the winners.

There were Secret Tasks, as well as eating slabs of frozen chocolate, as well as creating posters in pairs. Their artworks had to highlight the plight of the homeless, underprivileged or any other marginalized group.

There seemed to be a lot of group work this week, as they were once again split into two groups of ladies and guys and the ladies had questions posed to the guys, trying to find the one who would answer in the best possible way. This was the Real Man Challenge, where ThinTallTony emerged as the winner.

The weekend was a mixture of the PayPorte Friday Night Games, which ThinTallTony won, as well as the Legend Extra Stout Party.

Sunday was a more relaxed day for the Housemates, as the Nominated Housemates had their hair done and packed their bags, in readiness for the show.

Video
Day 15: Week two in the Level Up House – BBNaija
Ships grew, strikes were issued, and the gist was shared. Week two in Biggie's House has not been without any entertainment as Housemates do all they can to stay in the House till the final day.
Video
Day 22: Week three in the Level Up House – BBNaija
Biggie switched things up this week by having Housemates switch House Levels. We celebrated Leo babies Modella and Khalid’s birthdays, while Sheggz voiced out his worries about gents that would make a move on Bella if he were to be Evicted. Ilebaye and Bryann butted heads and Allysyn and Doyin are confused about which ship must they dive into.
Video
Day 56: Play Time With Jackye And Mike
The inner child in Mike and Jackye was displayed last night as they chased each other around Biggie’s House. Watch them activate their playful mood here.
News
Day 56: A fishy death scare – BBNaija
The Housemates are getting paranoid about the health of their pet fish and it's quite hilarious.