News
23 August 2019
For lazying about the House, Biggie asked the Housemates to freeze and rewarded them with a heap of dirt.
Get DStv PREMIUM

Biggie will have no more of the sleeping and idleness in the House, so he gave the Pepper Dem Gang some work to do. Guess what that was? A scattered and littered House. Housemates, it's time to get busy.

Earlier this morning, after the Housemates had returned into the lounge from their workout, Esther complained about the unwashed plates and cups in the Kitchen. Little did she know what Biggie had in store for them.

Ninjas And The Dirt

Caught in different awkward positions, the Housemates froze. If we were to ask them what they were feeling at the moment, we were sure to get a response of discomfort. But what can they do, when Biggie speaks, who dares say no?

Omashola must be reeling with anger at the announcement of the freeze. If you see his position, you would pity him. He had his piece of bread on his right hand, sadly he had just taken the first bite when the announcement came. Sorry o, Warri guy. Even Omashola’s case was a play compared to Tacha’s posture. She was seen, bent down with her butt upward, probably wanted to pick something from the floor before the freeze order came. She later relieved herself of the “posture” though, freeze or not. But at least Mike was lucky, the order met him on the bed lying down or could he have changed his posture too? Well, Biggie sees it all.

If it was all about the freeze, it would have been alright. But the moment the Housemates saw the Ninjas walk into the House with two black nylon bags, the Housemates knew they were in for a long thing today! Nowhere in the House did the Ninjas not scatter, littering the floors with dirt from the bags.

By the time the Ninjas had left and Biggie had asked them to unfreeze, it dawned on them how much cleaning they needed to do. But of course, Cruisetopia and Tacha, for disobeying the freeze order, bore the brunt. Hopefully, no one will disobey the order next time. 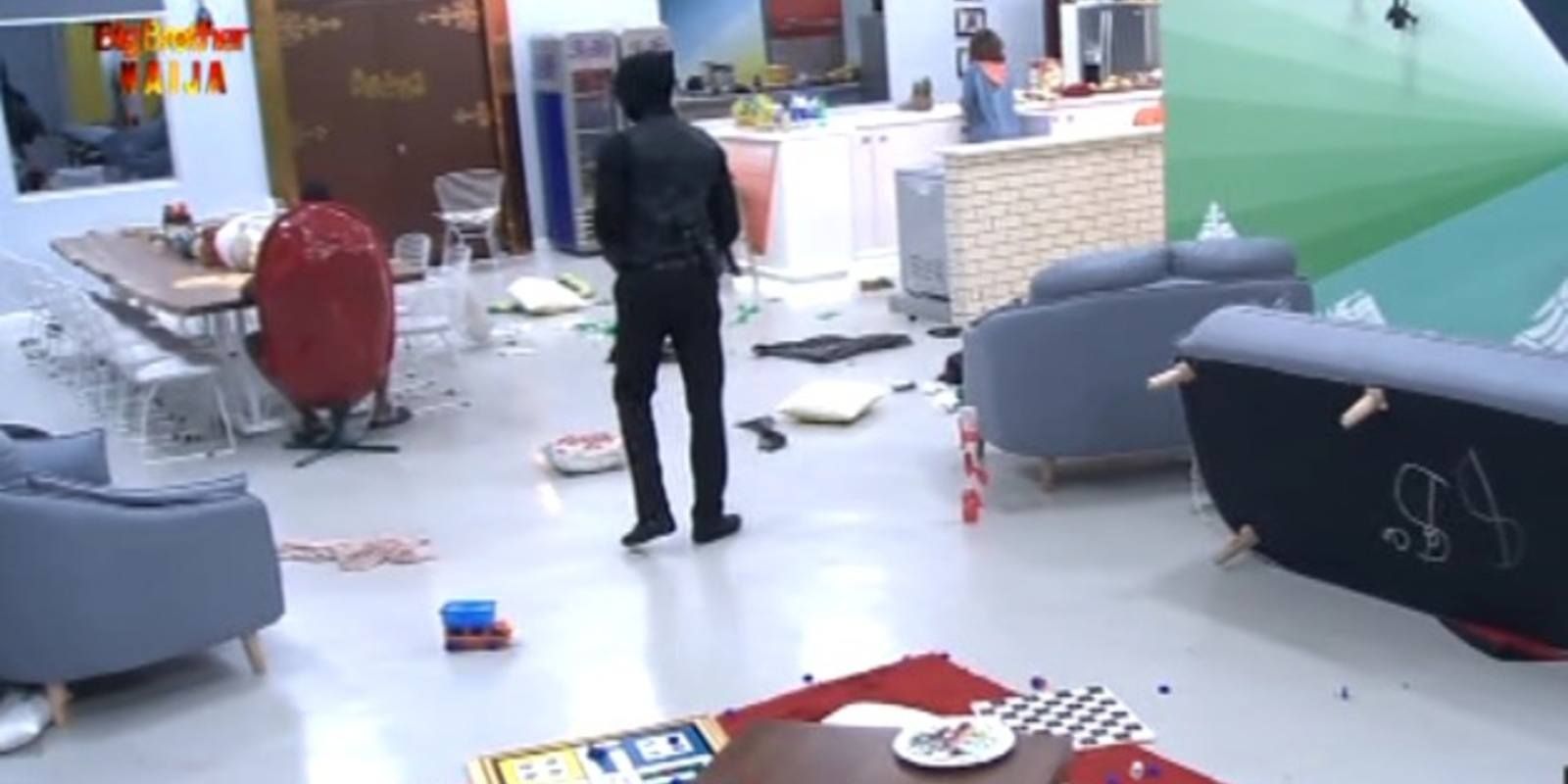 Still On The Veto Power Matter

It seems the Housemates are not ready to forget Elozonam’s Veto Power decision in a hurry. In the garden, Omashola, Elozonam and Tacha were seen having a conversation around it. About the matter, Omashola felt that he could do whatever he wanted to and not fear any criticism from anybody. “This is who I am, I can’t change it,” he said. On his own part, Elozonam said that he had no regret about not saving Diane and couldn’t understand the fuss around it. As expected, Tacha’s remark was a bit dramatic, “If Elo saves this girl, I will carry water and pour it on you.” In short, the three of them agreed that saving a person who had only been in the House for a week was a right decision, that those making a mountain out the issue were only being hypocritical. 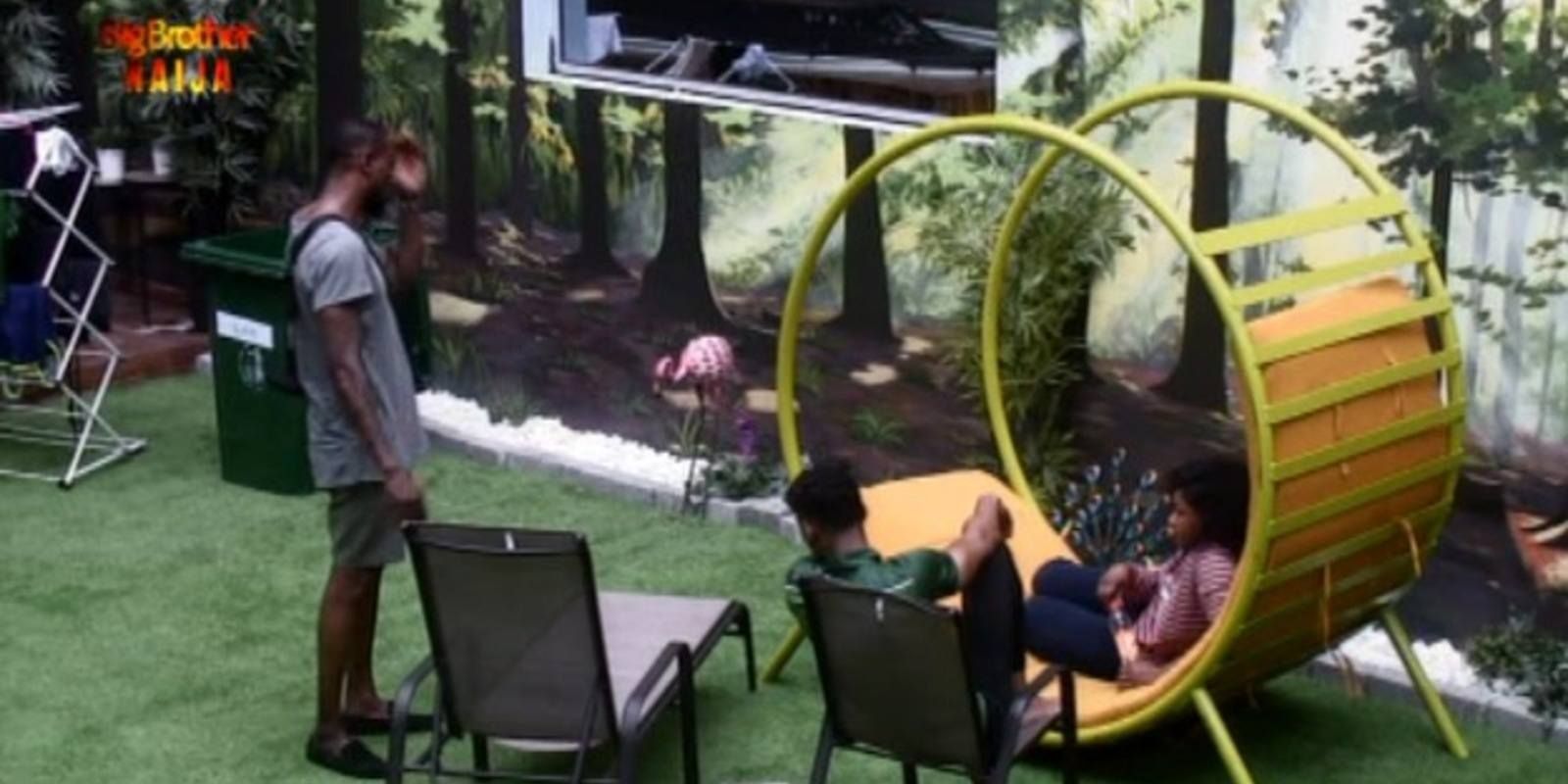 Well, we hope the Housemates have learnt their lesson from this punishment. But when the freeze moment comes again, will they still allow themselves to be caught unaware?

Video
The gbas gbos is loading – BBNaija
BBNaija Shine Ya Eye Housemates are back and they brought vawulence and drama with the meanest gbas gbos you can ever ask for. Get ready for drama like no other.
News
Shine Ya Eye Housemates tease us with Reunion tea – BBNaija
An exclusive first-look at the eagerly anticipated Reunion.
News
Day 54: Elozonam Is A Farmer’s Delight
Pepper Dem Housemate Elozonam has emerged the winner of the Friday Night Arena Games.
News
Biggie's Epic Freeze Moments
Sitting, standing, crouching or lying, the Pepper Dem Gang have been found in different positions during a freeze moment and some were quite hilarious.