News
17 March 2017
With the completion of the Real man Task, the Housemates moved into the House to debate the final results.
Subscribe to Watch

As the results of the Real Man Task were announced, the losing Housemates comprising of Efe, Bally and Bassey went on a loud tirade, questioning the partiality of the judges. They all spoke with one voice saying that they expected ThinTallTony to win, based on the fact that both Bisola and TBoss were two of the four judges available on the panel.

The guys raised the issue that both the judges were predisposed to being partial to TTT as a result of their soft spots towards him, which meant that they never stood a chance to win. This debate went on for a while as all the Housemates poking jokes at each other, with Debie-Rise taking a direct swipe at Bally for not having a friendly face on the panel. 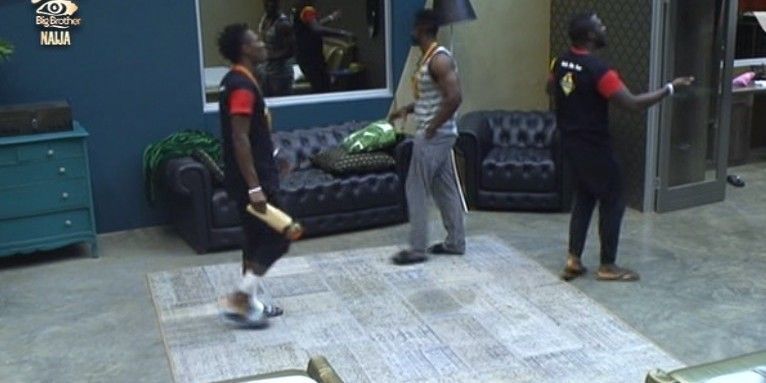 The jibes died down almost as abruptly as they started with Bisola heading into the kitchen to prepare a meal of indomie noodles while the other Housemates sat around the dining table for a game of WHOT.

The friendships and fun mood is back in the House but how long will this last? With Sunday’s Live Evictions Show looming, someone is definitely going home and the tension will be back again.