News
16 March 2017
Just after they were informed that their wager was hanging in the balance, Biggie sends the Housemates into the Party room for a fun Task.
Subscribe to Watch

With their Wager hanging delicately in the balance, the Housemates were still trying to do some damage control by motivating each other to do their best to save their Wager before the week runs out; and while this was going on, Biggie informs them through the HoH that they were to put on their Legend shirts and head to the Party Room for a fun Task.

The Brief explained that the Housemates were to split themselves into two groups, the ladies on one side and they will be referred to as the judges; while the guys will be in the next group competing for the title of the Real Man.

The judges had to read a series of questions from several envelopes placed on their table and the guys were to answer the questions in the best way possible, while the ladies scored each male Housemate based on their discretion, but also focusing on the sincerest answers possible, with the Housemate with the highest number of points becoming The Real Man. 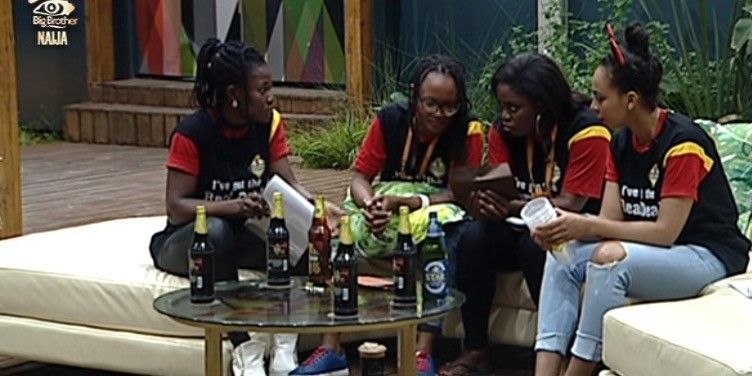 The Task took a turn for the funny as the judges didn’t cut the male Housemates any slack with constant jabs at them for the way they answered the questions they were asked. The guys in turn muttered under their breathe “thunder fire you” to the judges and every time they did this the judges would deduct points off their points tally. With the questions done, the judges convened to tally all the accumulated points scored by the guys taking into serious consideration all the deducted points.

With the points tallied, the judges questioned the manliness of the guys scrutinising every single answer they had given. A few compliments for the stand out answers but heavy criticisms for the answers that didn’t rub them the right way.

Think the judges were a bit too lenient on their male counterparts? Check out the video and leave your comments below.

Video
Funke Akindele bags Best Actress in a Comedy award – AMVCA 8
The talented industry legend, Funke Akindele, came out top and won the Best Actress in a Comedy (movie/TV series) for the movie, Omo Ghetto (The Saga).
Video
Presenter takeover – AMVCA 8
AMVCA 8 Host IK Osakioduwa catches us up on his do’s and don’ts for the AMVCAs.
Gallery
Abeg Task Presentation – BBNaija
After several days of heated arguments, creative differences and strong opinions, the Housemates finally united for a successful Task Presentation.
Video
Day 57: Team Legends Faces Eviction
Having lost the Nomination challenge, Legends are up for possible Eviction this week. Here’s how the challenge went.