News
16 March 2017
Bisola did a great deal to lift the spirits of the Housemates after a change of plans took them by surprise.
Subscribe to Watch

In order to guarantee a wager win, Bassey decided it would be a good idea to create a musical presentation that represented Mary (the totem of selflessness and kindness) and everything they were trying to accomplish that week. They worked on their routine all morning and had made quite a bit of headway. While his decision to do an extra Task showed great initiative it would also seem he preempted Biggie's plans and created a conundrum for the Housemates. Why? Well, Biggie gave them explicit instructions for a completely different Task that they had to get ready in only a few hours. 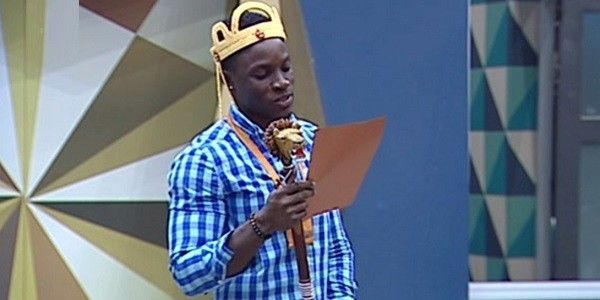 For this week's Official presentation they had to once again work in their pairs to create a song or poem that addressed a problem faced by the communities they were from. They would then have to follow up this performance with an explanation of the solutions they would impliment in order to remedy this situation. The Housemates were already hard at work creating their 'Make a Change' posters, each portraying the plight of underprivilged or marginalised people. These too would have to be explained in the big presentation! 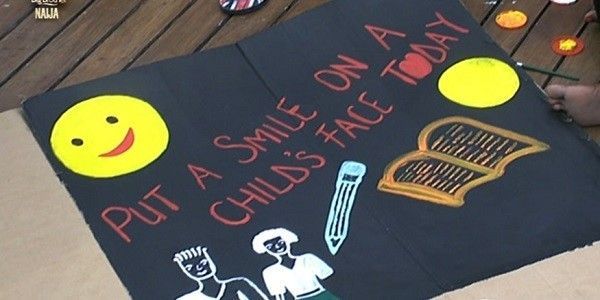 Looks of exasperation washed over the faces of the Housemates as they realised how much work they would now have to cram into a very short space of time. Bisola immediately sighed and said what was on everyone's mind, "So everything we rehearsed was a waste of time?" Marvis was quick to interject and point out that their own musical presentation could be an addendum to the main Task and Bassey immediately agreed. It remains to be seen whether Biggie will allow this. 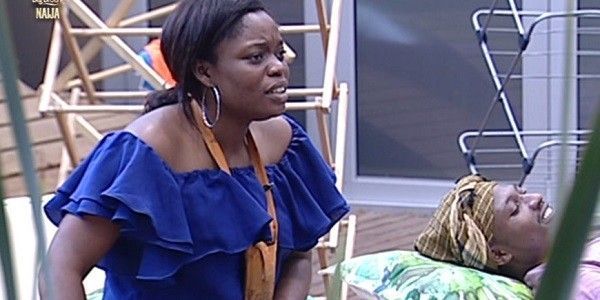 Once they were outside Bisola began playing Lady Bisola once again but this time she lamented about how Master Tony didn't like her but loved a "Boss Lady with tattoos of flowers all over her body!" The shots could not have been more direct and TBoss giggled awkwardly while TTT tried his best to focus on his painting and ignore Bisola's damning accusation. All the while, everyone else laughed at her outrageous jokes about all the other men including "Master Bally" and "Master Is It My Fault". Have a look for yourself and let us know what you think of her quick wit?

Video
Vote for Best Actress in a Drama (Movie/TV Series) – AMVCA 8
Asabe Madaki, Osas Oghodaro, Meg Otanwa, Bisola Aiyeola, Nancy Isime, Kehinde Bankole, and Genoveva Umeh make up the Best Actress in a Drama Category powered by Supa Komando. Vote for your favourite now,
Video
Vote for Best Supporting Actress in a Movie/TV Series – AMVCA 8
Bisola Aiyeola, Mercy Johnson, Clarion Chukwurah, Mumbi Maina, Enado Odigie, Omowunmi Dada and Chioma Chukwuka Akpotha are counting on your Votes for Best Supporting Actress in a Comedy Movie or TV Series. This Category is powered by Indomie.
Video
Day 11: Tensions don High
Frustrations, anger and fatigue are just some of the feelings Housemates experienced as they were preparing for the first Task Presentation.
News
Day 16: Stirring tension
Ozo's choice stirred up a bit of tension in the House and he needs to stand by his decision to keep it moving.