News
21 August 2019
After losing the Nomination battle to The Icons, team Cruisetopia spent the day preparing for an anticipated Wager victory.
Get DStv PREMIUM

Khafi’s disclosure on how Venita makes her feel insecure in her relationship with Gedoni, ignited some sort of attraction between Gedoni and Venita, perhaps? Otherwise, we reckon it’s safe to say the Pepper Dem cupid has shot its arrow in the wrong direction.

As they prepared for their Task presentation, Gedoni and Venita shared some intimate friendship moments – from the kitchen to the lounge and we couldn’t help but wonder what the two of them might be up to.

The irony of this is that some minutes after their friendship shenanigans, Venita called Sir Dee and said, “can you please instruct your friend to relax? I’m tired.”

To this, Frodd responded said he’s happy for her and walked away. Almost as if pricked by a needle, Venita hurled some defensive words at him as she said, “I’m happy for you, you’ve got the ball in your net now; let’s see how Nelson feels when you get outside the House.”

Evidently, there’s some tension between these two and we can’t wait to see things unveil between them. In the meantime, we need a re-direction of cupid’s arrows in the Pepper Dem House. Don’t you think? 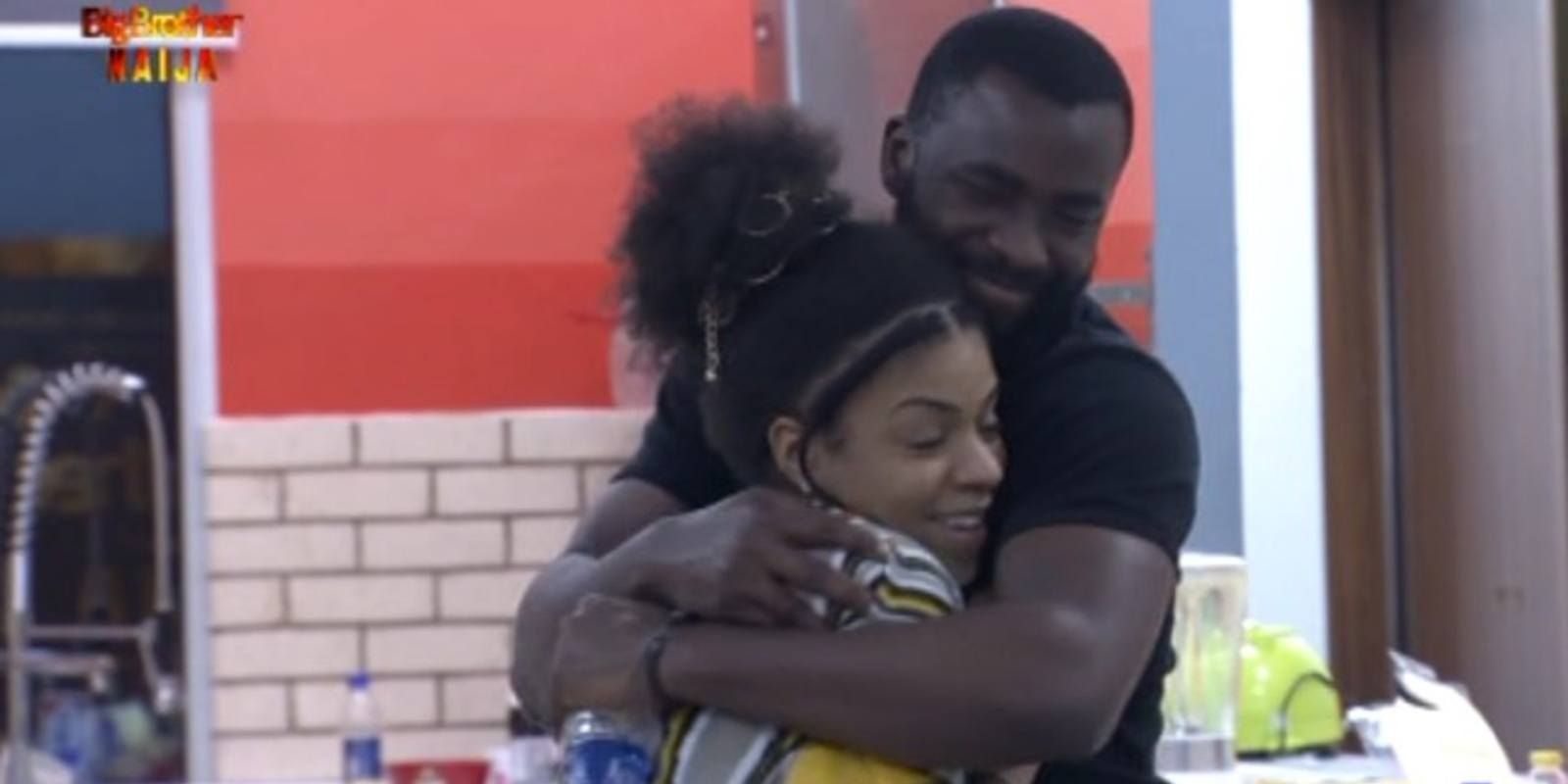 Team Cruisetopia may have lost the Nomination Challenge but that doesn’t seem to be getting in the way for a big win in this week’s Wager Task. Determined to bag the Wager trophy, they started their day off early preparing for the Task ahead.

Interestingly, we saw Venita and Gedoni spend most of their time bonding through the Task preparation and we can’t help but wonder why she sent a warning for him, through Sir Dee.

On the other hand, The Icons had a slow day as only a couple of them got up to the Task preparation in the latter part of the day. Could this be overconfidence from not only winning last week’s Task presentation but also emerging winners of the Nomination battle? 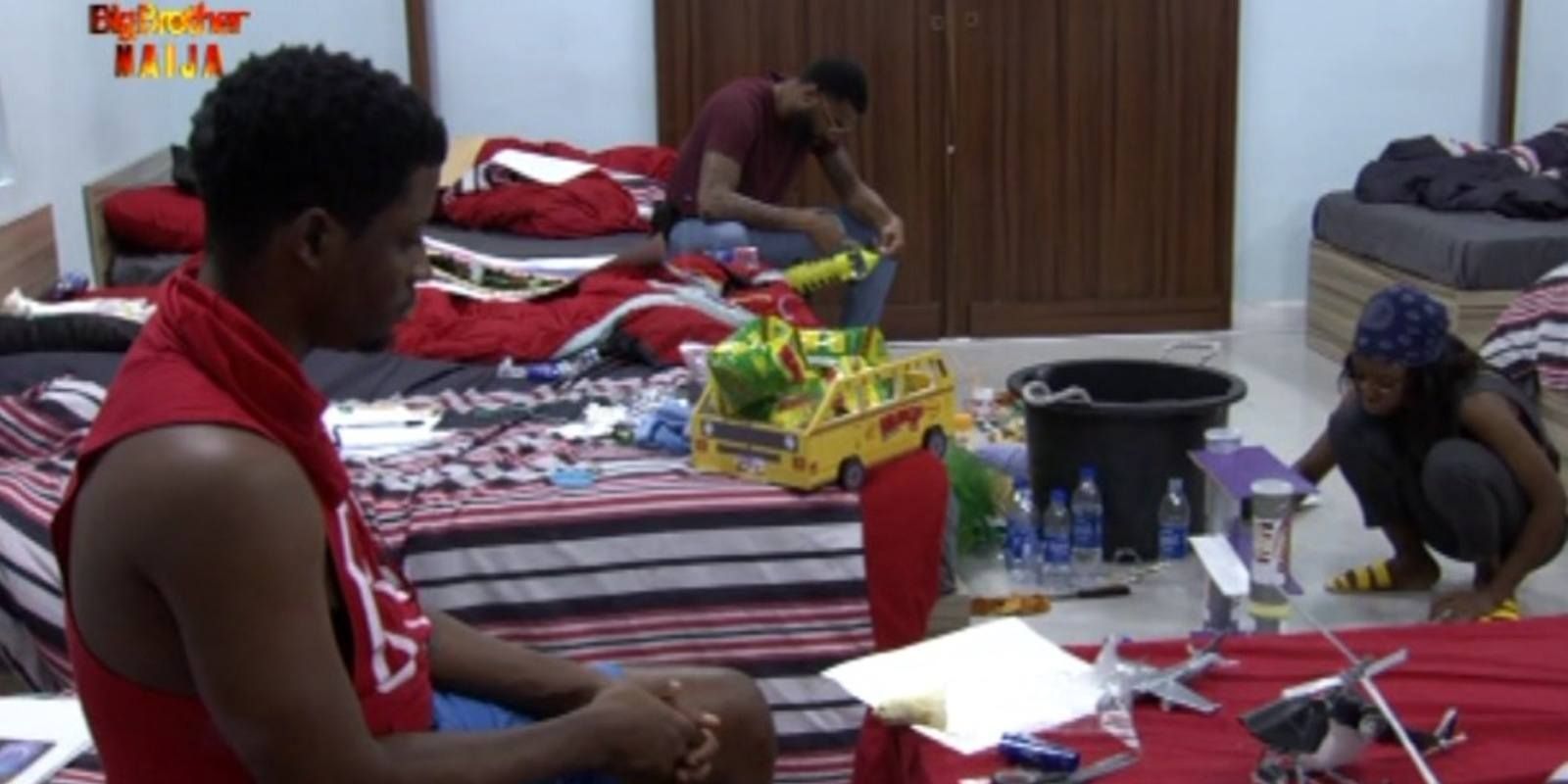 It’s been a great week seeing the Pepper Dem Gang work together to achieve the theme of healthy living and we can’t wait to see this act reflect in their dealings with one another. Especially with the Nomination jitters in the air.

Diane, Frodd, Gedoni, Jackye, Mercy, Mike and Seyi are up for Eviction. Vote for your favourite Housemate here, via the MyDStv App, via the MyGOtv App or via SMS. Voting closes on Thursday 11 July at 21:00 WAT Big Brother Naija is proudly sponsored by Bet9ja, and is available on all DStv packages, and on GOtv Max and GOtv Plus. For more information on Big Brother Pepper Dem follow us on YouTube, Instagram, Twitter and Facebook

Video
Day 15: Level 2 reflects on losing three Housemates – BBNaija
Beauty, Christy O and Cyph have exited the Level Up House. Their fellow Housemates had a lot to share about their departure, some sharing their relief for not being Evicted.
Video
Day 7: Groovy crushes on Chomzy– BBNaija
Chomzy caught Groovy's attention during the Weekly Wager Presentation and confesses it during an interrogation by Beauty. The Groovy and Beauty ship could be losing steam and Beauty refuse to take Groovy's confession lying down.
News
Day 4: Getting over fears
It's still early but some of the Housemates have started discussing their fears about leaving the House.
News
Day 52: Nomination jitters linger – BBNaija
According to Cross, the House is moody and the energy is low. We quite agree with him.