News
15 March 2017
So cold yet so delicious!
Subscribe to Watch

Marvis and Bisola successfully managed to disrupt last night's recycling Task so Biggie kicked everyone out of the Arena and warned them that their Wager was at stake. That's actually the good news because he's the one who asked to cause chaos. The bad news is it was a secret Task and it would seem ThinTallTony figured out what they were doing which means the wager's in limbo. 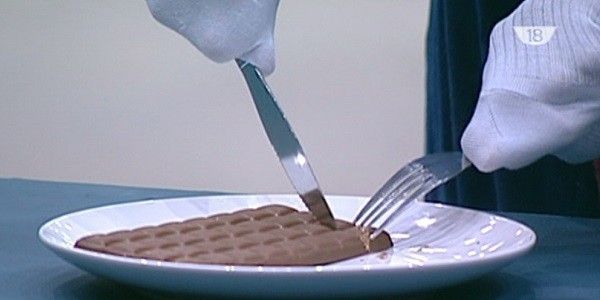 As such, today's Task (Day 52) became a very important piece of the puzzle. Biggie made everyone gather in the Arena and explained that they'd have to wear socks on their hands before putting on a beenie and scarf. They then had to cut up a frozen slab of chocolate into individual blocks and eat it. So what was at stake? The winner's could choose to get back any one of the sentimental possessions they gave up to Biggie either for themselves or for another. 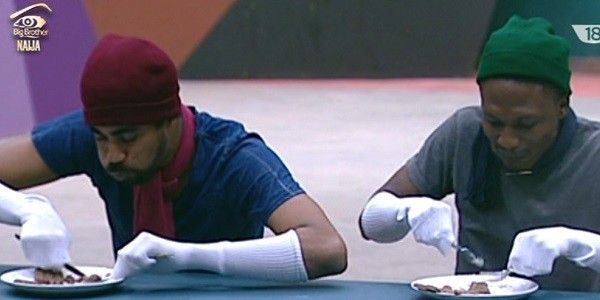 First to go head to head were TTT and Efe. They were neck and neck right until the end when TTT managed to pull ahead and win. That said, even if Efe has finished first he'd still have been disqualified because he used his hands to eat the chocolate. 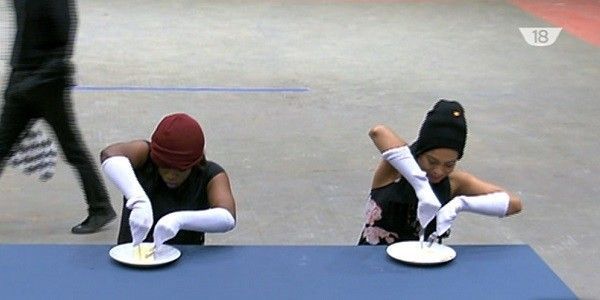 Next were Bisola and TTT who came to blows last yesterday but seem to be back in good books. Unlike the first duo they got white chocolate which seemed to be harder to hold down with both of them getting nauseous and struggling to hold it down. Bisola finished first but got disqualified for not cutting the slab of chocolate into individual bars. 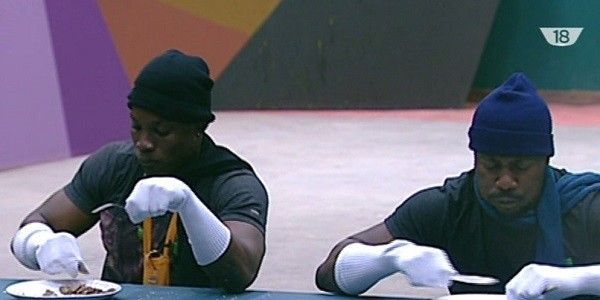 Bally beat Bassey but only by a few bars before Marvis beat Debie-Rise in the final clash. Staying true to the week's theme of charity and kindness, all four winners, Bally, Marvis,TBoss and TTT decided to get back the sentimental items that belonged to one of their peers instead of their own. TTT got back Efe's clothes and TBoss took back her BFF, Debie-Rise' guitar. Bally got Bassey's drum back and Marvis got back for Bisola an outfit that once belonged to her mom.

Do you think the Housemates have made headway and are back on track to win this week's wager? Let us know after the jump.

Video
Eight events for 8th Edition – AMVCA 8
The Eight Edition of the Africa Magic Viewers’ Choice is going big with an eight-day plan lineup. Starting on 7 May 2022, the AMVCAs will host an Opening Night Gala, Runway Show, Young Filmmakers’ Day, Content Market Workshop, digital Content Creators’ Brunch, A Celebration of Africa’s Diversity; followed by the Nominees Gala, and lastly the BIG DAY, Awards Night on 14 May. The Eighth Edition of the AMVCAs is brought to you by Africa Magic in association with Multichoice and proudly sponsored by Amstel Malta.
Video
Day 59: Munch It Non-stop fun drill – BBNaija
The Housemates show their skills as they participate in fun games to complete the Munch It Task.
Video
Day 41: Team MerIke Wins The Munch It Challenge
From creating stunning art piece to performing dance choreography, the Big Brother Naija Housemates had non-stop fun with Munch It. At the end of it, Team MerIke clinched the 2million prize and a dinner on the Munch It canoe.
Video
Day 41: Wrap Up – Munch It All The Way
The Big Brother Naija Housemates had a fun day with the Munch It challenge and they wrapped it up nicely on the dance floor with DJ Neptune at the Saturday Night Party.