Day 52: Do Honey and Pepper go well together?

If Bisola's the pepper and ThinTallTony's her honey, maybe TBoss just wanted to know if they go well together. Even Bally asked TBoss yesterday if the massive argument had resulted from an underlying issue, bubbling under the surface and left unresolved and this we are all interested in finding out. Tony has made it no secret that he admires TBoss and has never made any promises to Bisola even though his friendship with her did take a romantic turn at some point. TBoss was not much of a participator during the kissing games but she had no problem kissing Tony when the opportunity availed itself and Bisola seemed to have no problem with cheering them on. Have the dynamics taken a different turn? 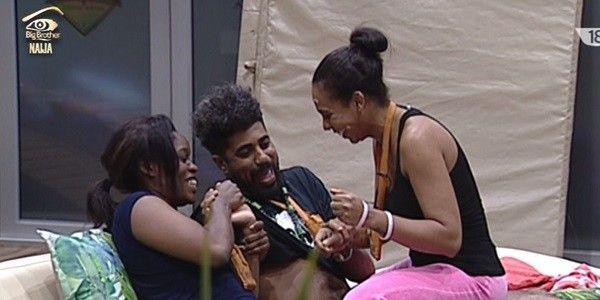 Maybe TTT was both literally and figuratively in the middle of it all when the argument happened and on both counts, choosing to be silent with his intentions. Like Switzerland, ThinTallTony seems to have decided to remain neutral towards the matter. He gives TBoss massages by night and plays the cards and touch games with Bisola by morning. To add salt to the matter, Bisola has been cuddle buddies with Bally and that seems to be her strategy to keep her distracted and not spending too much time with her “friend” Tony. 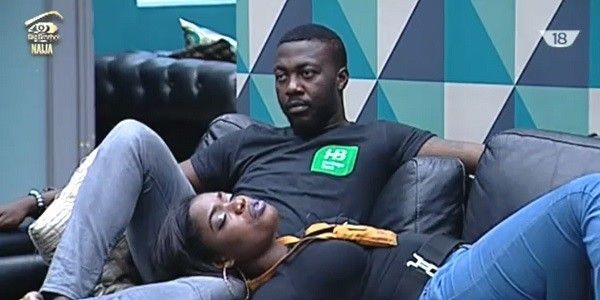 So when Bisola sings “I feel you slipping away”, could she be trying to tell us she senses she may be losing TTT to Tboss and as much as TTT does seem to sweeten Bisola’s days and Bisola spices up his dull moments, do Honey and Pepper go well together? Have a look at the music video and tell us "Yes" or "No" aftter the jump

Video
How well do you know your Pidgin English? – AMVCA 8
Hollywood royals Tasha and Sidra Smith, Bayo Akinfemi, Brandon Micheal Hall and Grant Housley take a shot at Pidgin English, will they get it right?
Video
How Well Do You Know The AMVCAs? – AMVCA 8
Who better to answer questions about the AMVCAs than the award nominees themselves? We put some of your favorites to the test on their knowledge of the AMVCAs at the Opening Night Gala. Check out how they did.
Video
Day 52: Wholesome Wellness
In line with Biggie’s ‘Healthy Living’ theme, Housemates busy themselves with preparing for a Task that involves recycling, yoga and staying motivated.
Video
Day 52: Do you like it?
The Housemates talk about their sexual preferences resulting in a loud and opinionated discussion.